Bernex Dent d’Oche, is a ski resort nestled in a charming mountain village. Located at the foot of Dent d’Oche, between the lake and the mountains, it extends its traditional buildings and numerous chalets along the Gavot plateau, a few kilometers from Evian les Bains. When the snow reaches the Bernex ski resort, the closed season is open to all snow activities. From sled dogs, snowboards, snowshoes, and downhill or cross-country skiing.

Location of the Bernex ski resort

Bernex is located 10 km southeast of Évian-les-Bains and west of Dent d’Oche, in the Chablais massif.

Winter sports tourism started as in most Chablais resorts in the 1950.s. The Envers ski lift still survives from that time. In 1975 the resort inaugurated the Pré-Richard chairlift, taking advantage of the fact that the area has undergone significant development with new trails and new ski lifts.

The year 2014 marks a true turning point in the history of the Bernex ski area. The SRMB (Société des Remontées Mécaniques de Bernex) greatly influenced the transformation of the town of Bernex into a complete ski resort.

Layout of the slopes in Bernex

Mainly exposed to the northwest. The Bernex ski slopes will delight skiers and snowboarders, whatever their level. Those who have not fully developed their skis will start at the ski lifts (La Mouille, La Pallud, La Lèche and Tétras). As well as on the 4 green trails ideally arranged and laid out to allow the start of skiing, in excellent conditions.

Bernex is the perfect destination for beginners

Once familiar with the principles of skiing (support, position, speed control and trajectory), intermediate skiers can try the 4 blue trails in the area: Combet, Le Talot, Les Plagnettes and L’Ugine / Becret.

But Bernex is also an excellent playground for experienced skiers, since 2/3 of the ski slopes are for them. In fact, experienced skiers will enjoy the turns and turns on the 7 red trails, which offer greater difficulties. While the most advanced will not hesitate to descend the 4 black trails; alternating between bumpy walls, steep slopes and landforms, along its trails. Then we find the Lac de Pelluaz sector to follow the descents on the slopes of Pelluaz, La Variante and Les Chalets Verts.

Nordic and family ski at the resort

Bernex is presented as an authentic family resort in the heart of the Chablais massif. In addition to its alpine ski area, Bernex also has a Nordic ski area, whose 7,5 km runs will delight cross-country (whether skating or classic) enthusiasts. A marked path allows snowshoe enthusiasts to reach the Pré Richard sector from the snow front.

Ecological and practical, we arrive at the charming Bernex ski area (19 tracks) on a small train from the heart of the village. New artificial snow sectors have been established, in particular on the Ugine blue piste (with Becret ski lift). It allows a better quality ski at the beginning and end of the season.

It should be noted that in some specific seasons, the tracks were opened at the beginning of the Christmas holidays. Looking northwest, the Bernex ski slopes will satisfy all ski lovers, not minding their level. At the top of Pelluaz, an impressive view of Mont-Blanc, the roof of Europe awaits skiers. The domain is undergoing expansion. United under a special forfait, the resort of Bernex and Thollon receive a new expansion thanks to the creation of a third ski area; Abondance.

In addition to the alpine ski area, the town of Bernex also has a Nordic ski area consisting of 7,5 km of cross-country ski trails, designed for classic and skating enthusiasts.

On the outskirts of town, away from the hustle and bustle of the downhill ski slopes, you can rediscover the joys of skiing in a different way. For those who have never practiced snowshoeing and are looking to get started in this sport. Courses are offered where qualified instructors accompany you on this discovery. They will also help you become familiar and create awareness about the care and sustainable development of the mountain.

Discover the wildlife and their way of life in winter. Observation of the chamois on the cliffs of Mémises (it is necessary to take the gondola).

In a natural location, facing Lake Léman, in a Caban’igloo, you will taste Tomme, Abondance and the gastronomy of other nearby towns. 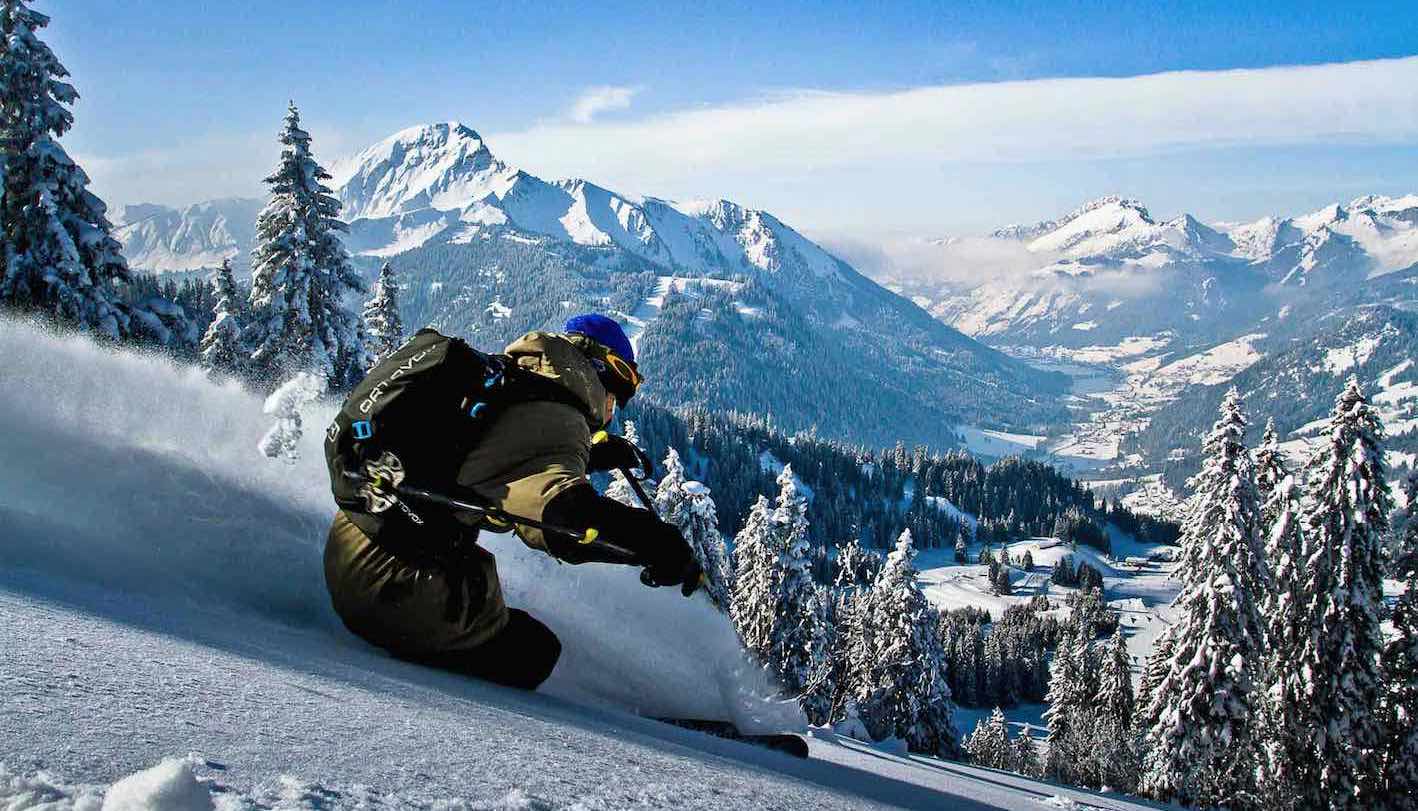