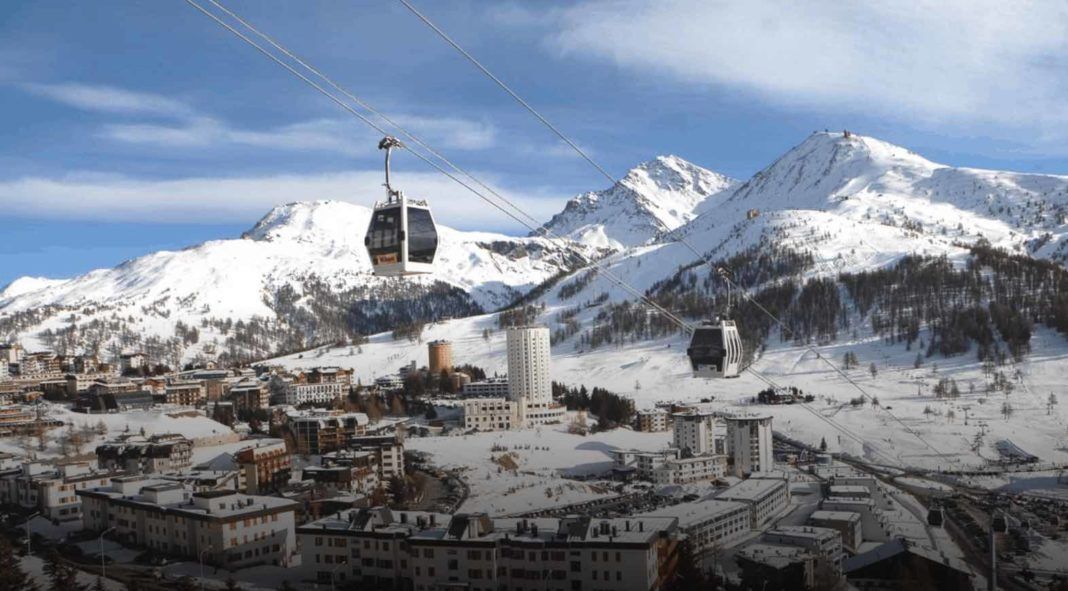 Facebook
Twitter
The Sestriere resort is located in the Italian Alps, in the Piedmont region, just 17 kilometers (10.5 miles) away from the French border. Its abundant ski area includes 64 tracks and 19 ski lifts. This emblematic resort was the first one built for skiing in the Alps, in addition to having hosted multiple big competitions, such as the World Cup. But Sestriere is always understood as part of a much larger ski area.
Sestriere is one of the resorts that form part of the French-Italian ski resort complex Via Lattea, which also includes the resorts of Sauze d’Oulx, Cesana – Sansicario, Cesana – Claviere, Pragelato and Montgenèvre. This huge ski area has a total of 400 kilometers (249 miles) of trails for all levels and 70 ski lifts. With such figures, Via Lattea attracts skiers from all over the world, both beginners and professionals, due to the many competitions held on its famous slopes. 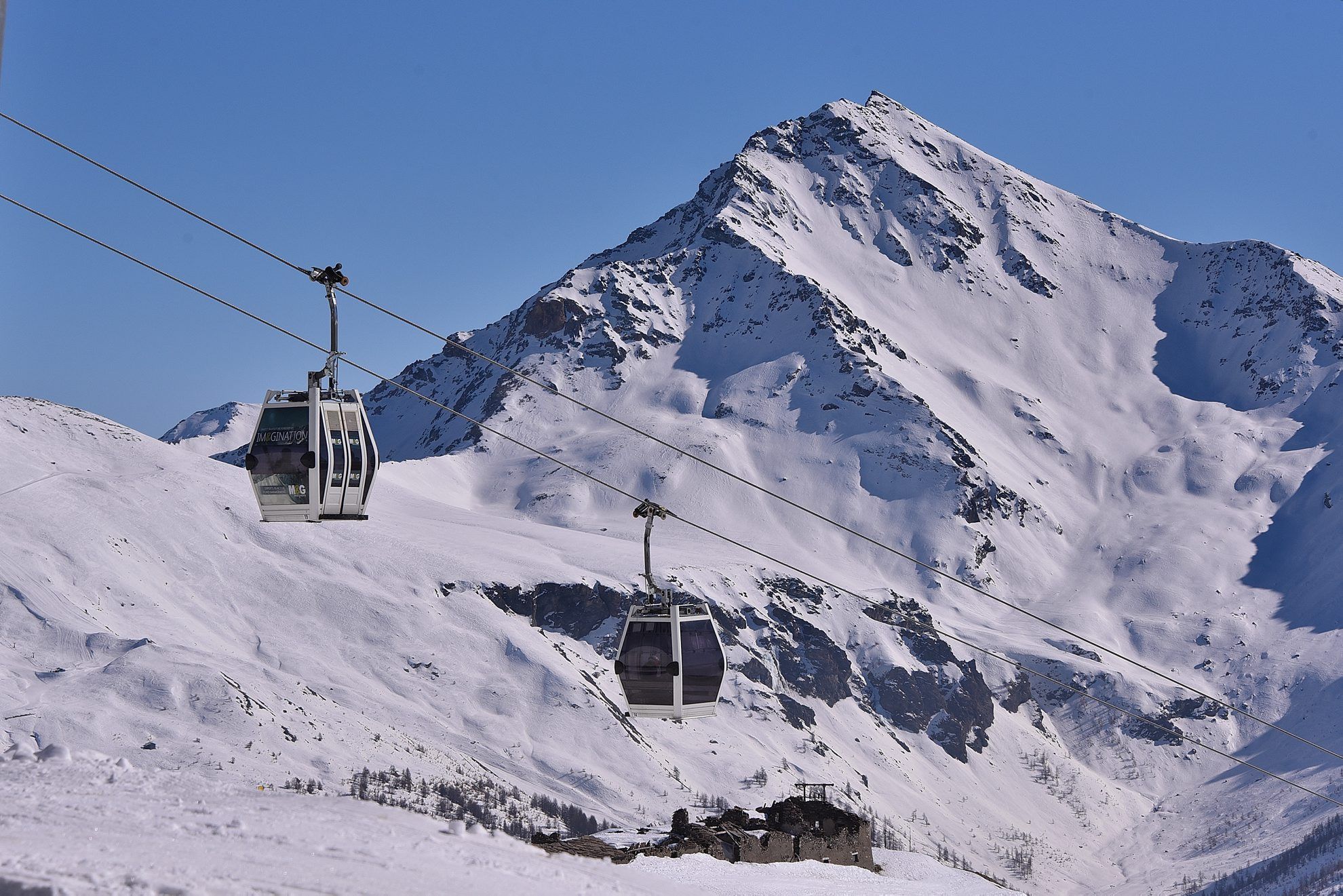 Photo: Via Lattea
We spoke with Massimo Bonetti, President of the Via Lattea Tourism Consortium, who tells us about Sestriere as part of Via Lattea, as well as the successful season they have had and their future projects.
I LOVE SKI: What are the benefits for the Sestriere resort of being part of the Via Lattea complex?
MASSIMO BONETTI: There are really many benefits and they are all important. But, above all, a resort could never become that important by itself. Being part of a large complex of ski areas makes the resort itself great. That is why we call it Sestriere – Via Lattea.
I LOVE SKI: And what differentiates Sestriere from other resorts? What is it that makes it special?
MASSIMO BONETTI: The main strength of Sestriere is undoubtedly its altitude. Normally, the rest of the resorts hardly reach 2,000 meters (6562 ft); but Sestriere has a minimum altitude of 2,000 meters and reaches up to 2,800 m (9186 ft). This is a huge advantage, especially in periods, such as this season, when there is not so a lot of rainfall and, consequently, there isn’t that much snow.
While other resorts are experiencing difficulties due to lack of snow, in Sestriere there is always more. 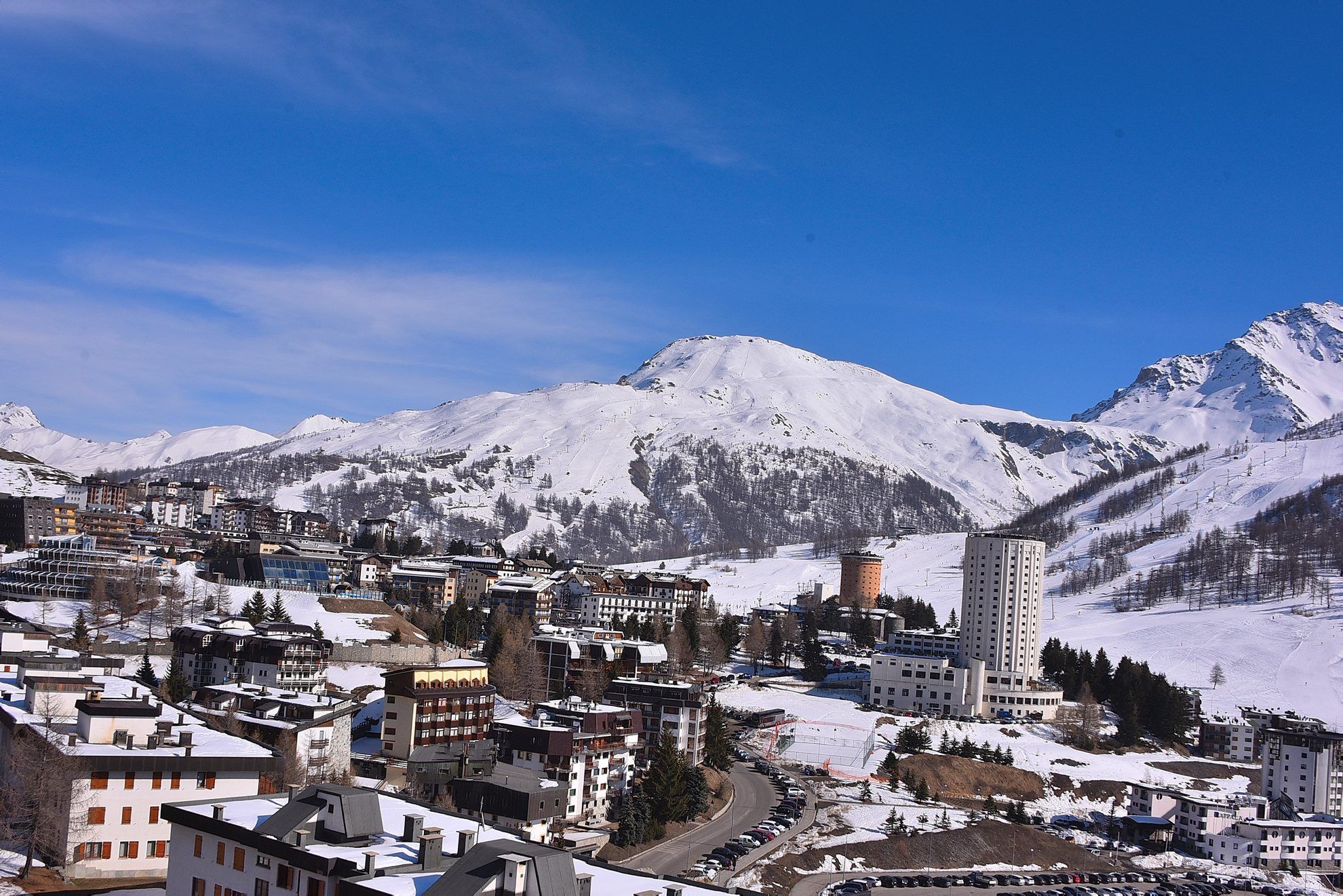 Photo: Sestriere – Via Lattea
I LOVE SKI: The Via Lattea complex attracts audiences from all over the world. If so, is the Sestriere resort more focused on international clients or only on the Italian ones? Where are the customers usually from?
MASSIMO BONETTI: It’s really something that depends a lot on the season. During the white weeks, that is, the ski season, roughly 70% of our clients are foreigners, while Italians represent only around 30%. However, for the other type of tourism that the resort receives, which is during the rest of the year, to perform other activities, around 80% of the customers are Italian and only around 20% are foreigners.
I LOVE SKI: How was this last ski season?
MASSIMO BONETTI: On balance, this last season has been really positive. Although there has been very little precipitation in the form of snow, we had an optimal winter season. And actually, the Christmas holidays this year have been the best of the last 20 years.
Now that the end of the season is approaching, we hope to close it with a total of 122 opening days. And it’s because Easter is very late this year. Therefore, next year, when Easter will be earlier, we hope to open for even more days, opening more or less from December 7 to April 13.
I LOVE SKI: What are the future projects and investments of Sestriere – Via Lattea or of the complex itself?
MASSIMO BONETTI: Our priority projects and investments, which we consider most necessary, are mainly those focused on the production of artificial snow. It would be, on the one hand, the enhancement and modernization of the new structures for the channels, in order to try to have a system that can cover as much as possible the total of the ski area of Via Lattea with artificial snow. The other part of the project consists on the expansion and construction of new water collection basins for this system. 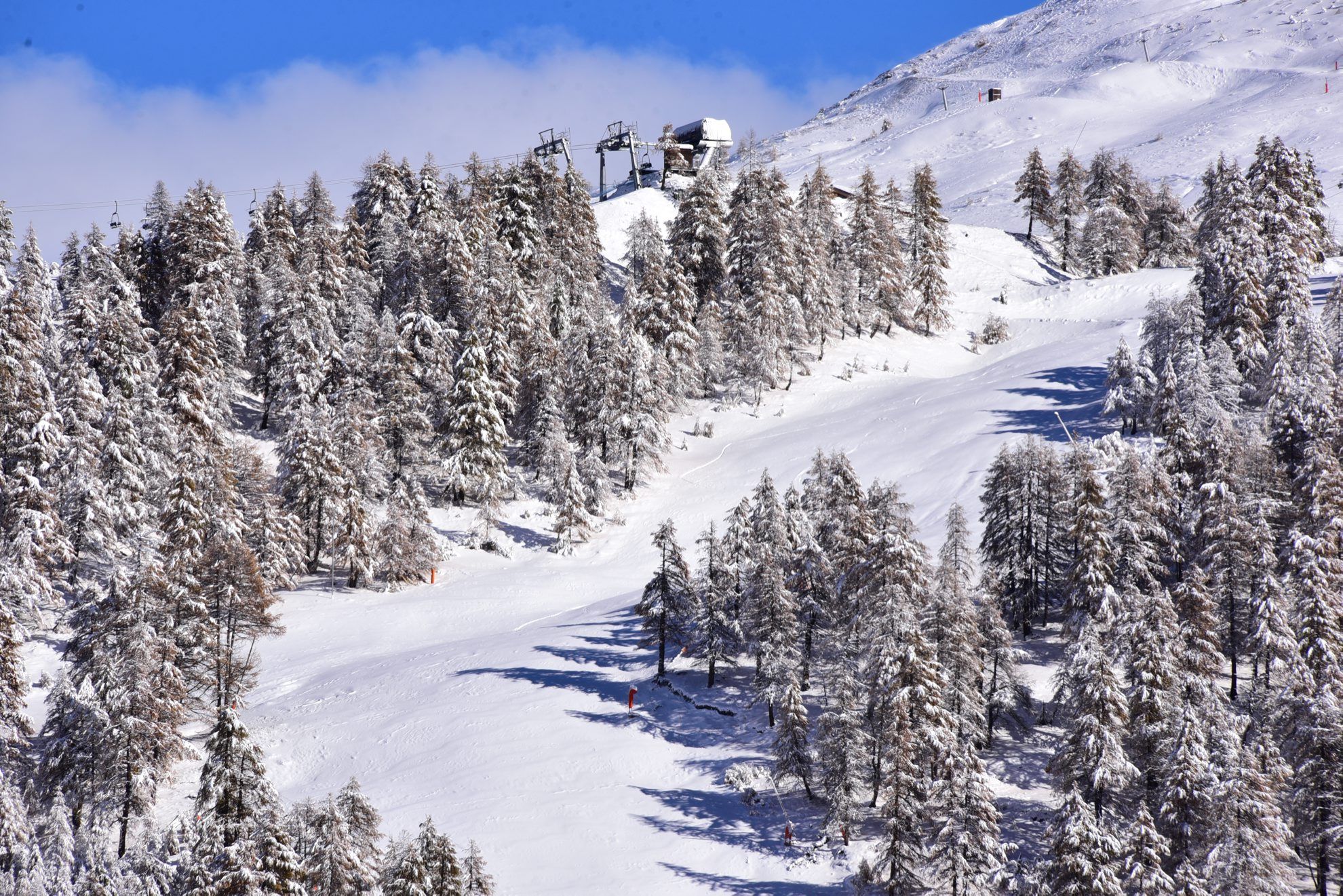 Photo: Sestriere – Via Lattea
I LOVE SKI: What would you say to someone who is thinking of going to Sestriere but is not sure?
MASSIMO BONETTI: The first thing I would say is that, without a doubt, Via Lattea’s slopes are among the best in all of Italy and throughout Europe. After all, we are the second complex in Europe in number of trails, without requiring a large displacement to move from one area to another.
On the other hand, I would remind them that the excellent height of the Sestriere resort gives it an immense advantage during periods of low snow. In times of scarcity, Sestriere can have a lot of snow and, also due to its altitude, the resort is cold enough to cover the slopes with artificial snow without any problem. Optimal snow is guaranteed throughout the whole winter.