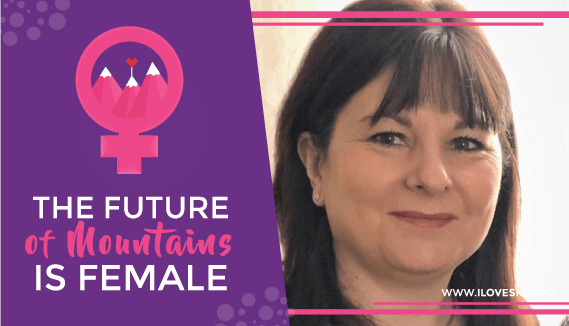 Anne Marty, why do you think there are still such few women at the head of the resorts?

Anne Marty: Based on my experience as director of human resources, I will say that one of the main reasons is that women don’t apply [to job offers]. For example, out of the 120 requests we received for the position of director of the Font Romeu Pyrenees 2000 resort, a resort that generates approximately 12 million CA, there was only one woman.
Today, we keep seeing the position of director as a technical position. However, good managers are the ones who will go out and find clients and the ones who know how to surround themselves well.
The ski resorts are managed by a government, through public service delegations, and our elected local representatives are mostly men. I see some cooptation in this sector: a man tends to look for someone close to him to occupy a position of leader. The resort managers are mostly men, and the average age of resort managers is quite high, which is significant. But 30 years ago, we recruited technical profiles, and if we look at engineering schools, there are few women. Mechanically, we find this phenomenon in ski resorts.
Nowadays, the opportunity to recruit a woman for this position is very unusual.
When we look at the flow charts of the resorts, there are also very few women in the intermediate levels of the companies, and this is seen even more clearly in the operation area. Regarding the Altiservice group, the proportion of women is around 80-90% of functional positions, and only 25% in positions on the field, out of the 450 people who work in the company during the season. And in the two positions of heads of sector that are opened, I don’t have any women who have submitted their application to date.
According to the figures of the last report: out of the 26 or 27 members of the Executive Committee of Domaines Skiables de France, there are only two women. And progress is being made, since there was only one last year!

Anne Marty: I tried to move the barriers on my level. We chose to give technical skills to women through work and study contracts. We have two seasonal women who are 39 and 45 in Font Romeu Pyrénées 2000 and two others in Saint-Lary (35 and 29 years old) who are in training in a Bac Pro or BTS and who divide their working time between 15 days in Toulouse and 15 days at the resort. The goal is that they can occupy qualified maintenance jobs. If we don’t do this work, we can’t recruit women. We made the decision to integrate women in the technical positions, because our role as a committed actor is above all to give employment to our employees and, therefore, create employment in the territory.
I presented this project in the meeting of the section of the Pyrenees, in order to create a synergy and make it accessible to other stations of the territory if any interest arises. In our operations, it’s important to do it and let it be known. The alternative is a solution, because we reach people who already have a seasonal job with us, we recognize the path they’ve already achieved, we build loyalty and they don’t get disconnected from the world of work by integrating training.

How do you think women contribute to ski areas?

Anne Marty: Currently, I’m the only woman in my CODIR. Whatever the manager is, you must face a different vision and have a mirror effect.
When I arrived in Altiservice, the uniform for women and men was the same. It was very uncomfortable for women, but until then, my male colleagues weren’t willing to do anything about it; they simply didn’t think about it. But the purchase of different uniforms has been a real advantage in the quality of life at work for our employees.
Our managers are experts in their field of activity, but when working on the remodeling of a ski lift resort, it’s important to have a customer perspective. Sometimes I’m the one who proposes, for example, the creation of a locker room for greater comfort: the point of view of a mother who has changed her children behind the car!
The client’s vision is different between a man and a woman, and this complementation is fundamental.
It is the same when it comes to management methods. The focus of women is different. This is a very important issue because the loyalty of the staff is important: the recruitment is expensive and the combination is a balance. The company is only a microcosm of society, and we must try to achieve parity.
But that doesn’t imply that I’m making positive discrimination: I will not choose a woman because she’s a woman, I always prioritize competence.
The Altiservice Group has committed to an annual increase of 1% in the number of women. I am very optimistic about this because we are moving in that direction. We went from 25% in 2014 to 31% in 2019. This must become a major concern, because with Generation Z entering the world of work, it will be difficult to build loyalty. Parity problems, environmental problems and corporate social responsibility will be a lever of attraction and loyalty.