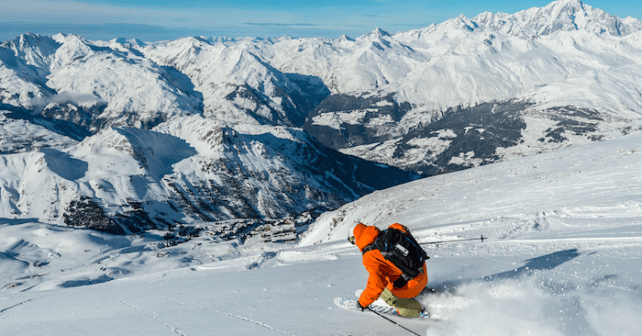 Les Arcs is a ski and winter sports resort in the Tarentaise Valley, located on the municipal territory of Bourg-Saint-Maurice, Landry, Peisey-Nancroix and Villaroger, in the Savoie department in the Auvergne region -Rhône-Alpes.

The Les Arcs ski resort is nestled in the Tarentaise Valley (Savoie), offering more than 200 km spread over 106 slopes, mainly blue and red. It has four sectors differentiated by its altitude: Arc 1600, Arc 1800, Arc 1950 and Arc 2000. These four areas are well connected by road, and Arc 1600 is connected to Bourg Saint Maurice by a gondola. The set of sectors is part of the great Paradiski ski domain, that recently celebrated its ten years in 2013 by changing the concept of skiing; in this great domain we can visit a considerable number of resorts without getting off the skis.

Les Arcs is divided into two main slopes: Arc 1600 and Arc 1800, and the other Arc 1950 and Arc 2000. The Arcs, Peisey Vallandry and La Plagne sectors are connected by the incredible Vanoise Express gondola. They build up the Paradiski area, one of the largest ski areas in France. With more than 425 km of slopes, Paradiski offers slopes suitable for all levels. However, these trails are not like the ones we can find in most resorts; 70% of the ski area is above 2000 m altitude.

The peak of the Aiguille Rouge (3226 m), is nestled on the heights of the Arcs 2000 sector and is accessible by a cable car. It represents the summit of the ski area and offers breath taking views of the Alpine massif. Its walkway offers an impressive panorama accessible to skiers and hit by foot.

Layout of the slopes at Les Arcs

Les Arcs, Peisey-Vallandry and La Plagne are linked by the Vanoise Express gondola, and made up the Paradiski domain, with 425 km of slopes suitable for all levels. The 3.226m Aiguille Rouge peak, located on the Les Arc 2000 domain and accessible by gondola, is the summit of the ski area that brings spectacular views of the Alpine massif.

The domain is very complete, with trails for all tastes and levels, including 3 slalom tracks and 3 areas prepared for Freestyle. These areas are aimed to the new trends of freestyle with many events throughout the season; making available throughout the year several snow parks and boadercross that will delight adrenaline lovers. It also includes 8 NATUR trails (unmodified, marked and secured natural trails) where we can find the hardest of the resort; they are considered off-piste, so extreme caution must be taken.

Les Arcs is a resort with a strong family aiming

The Les Arcs ski area is very complete with trails for all tastes and all levels. It has three tracks exclusively aimed to slalom, an ideal playground for all those who only think about lowering sticks. There are also 3 facilities dedicated to new Freestyle trends with many events throughout the season.

Les Arcs has always stood out for promoting Freestyle and, without a doubt, lovers of this discipline will be delighted on this French ski resort. It has an efficient artificial snow production network, ensuring the good conditions of the slopes and the connections between the different areas of the Les Arcs mountain.

The Les Arcs ski area also holds 8 trails for Nordic skiing. These natural trails have untrodden snow on marked and safe paths. Among these eight trails we find the most difficult trail of the resort. On these slopes we must extreme caution, since, although we gain freedom when skiing, we will enter the wildest area of the domain.

In the village of Les Arcs 2000, you will find the frozen village, a unique creation of more than 400 m². A unique place and a magical environment to relax or even enjoy a dance floor. In the village we also find «La Piscine», a 3800 m2 water center located in the middle of the slopes, where we can rest after the day on skis.

Les Arcs resort is also a destination for those who do not deliver perfectly on skis. Routes for snowshoeing, mountain biking, among the classics activities that we can find in every ski resort.

During the season we find sporting and cultural events such as the European Film Festival in December or the Red Bull Linecatcher in January, a must-see event for lovers of Nordic skiing and freeskiing. Also, when the ski season is coming to an end, in March and April respectively we have the Monster Cross Gavaggio and the B&E Invitational; events to enjoy from the stands of the most extreme skiers from all corners of the world.

In 2014, according to the Savoie-Mont-Blanc organization, the accommodation capacity of all Les Arcs tourist centers was estimated at 41,505 tourist beds; distributed in the different buildings and accommodation at the resort, in a total of 5.806 establishments. 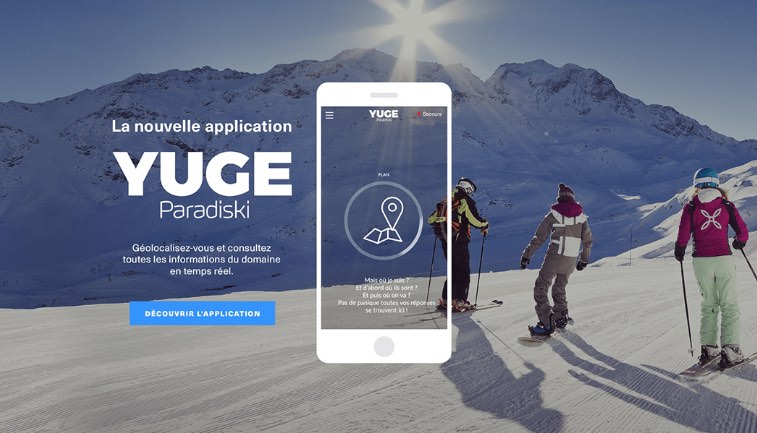 News
Paradiski and its new app: the skiers paradise!
Enjoying the right service at the right time in the right place, and also without removing gloves ? ... 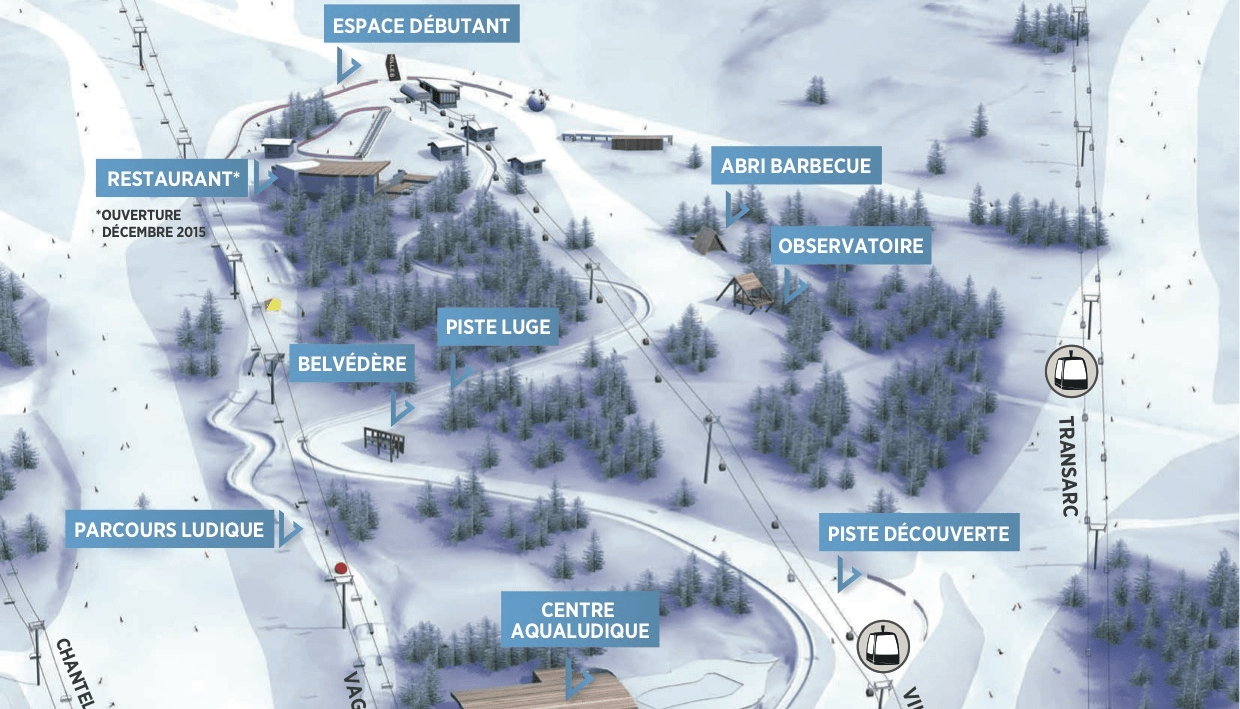 News
DAWN OF A NEW AREA IN ARCS 1800 : MILLE 8
The snowfront of the resort Arcs 1800 completely changes with the creation of Mille 8, a leisure are...