Gourette is a ski and winter sports resort in the French Pyrenees, nestled 1400 meters above sea level in the Pyrenees-Atlantiques department, in the Nouvelle-Aquitaine region.

It is part of the Eaux-Bonnes commune. Near Col de l’Aubisque, it offers a skiable area of 140 hectares with 42 km of marked slopes. The resort is placed among 1350 and 2450 meters above sea level.

History of the Gourette ski resort

Gourette is located on the thermal route of the Pyrenees, founded during the presidency of Napoleon III and Empress Eugenie in 1859 to link Eaux-Bonnes and Bagnères-de-Bigorre by the Aubisque and Soulor passes.

The first records of the presence of skiers date from 1903. Back then, from the snowy plateau of Gourette, only the roofs of the shepherds and miners huts offered some diversity to the thick layer of snow that covered everything.

As something revolutionary in the Pyrenees, and after trying it on the slopes of the Bénou plateau, skiing is implemented as an activity that sought to shake both the economy in the mountains and its panorama.  In 1909 the first jump ramp was built.

2001 marked the rebirth of the resort. The General Council of the Atlantic Pyrenees invested huge amounts of money in the modernization of the facilities (modernization of old ski lifts, construction of new ski lifts, remodeling of runways, etc.). These improvements carried complete rejuvenation for better gliding conditions.

In summer 2004 the resort underwent one of the most ambitious reforms in France where 100 old ski lift poles were dismantled; plus, 4 new ski lifts were built and the complete remodeling of the resort base was carried out.

In the 2010,s, the resort continued to innovate with the creation of new trails and the building of a new ski lift, which connects the resort with the new parking at the beginning of the valley. The Place Sarrière urbanization located in the center of the village is a modern and integrated urbanization on the snow front.

The resort may show a few problems derived from its antiquity, reason why the residential buildings are in constant remodeling. Meanwhile, the tourist heart of the resort is experiencing rapid deterioration due to the lack of maintenance.

The Gourette ski resort is placed within the glacier of the same name. The highest peak of the resort is the Ger (2613 m), among other peaks that surround it: the Pène des Bassibes de Bouy, the Coutchets, the Rognon de Ger, the Amoulat peak or the Pène Blanque.

Layout of the slopes in Gourette

The resort is divided into four sectors and a snow front:

Pène Blanque sector, from where you can see the Moulle de Jaout massif at the highest point of the resort. The Pène Blanque sector is one of the two sectors of the resort at the top. It stretches between Pic de Ger, Pic d’Amoulat, Pène Médaa and Pène Blanque. In this sector we find red and black trails, for the most daring and experienced skiers, and it is the one that accumulates the most snow in the entire resort. We find in this sector the highest point of the resort, set at 2450 meters.

The Cotch sector is the other sector at the top of Gourette. It extends from Pène Médaa to Pène Sarrière. The highest point in this sector is set at 2124 meters. However, an avalanche caused damage to the Fontaines ski lift, so until it is repaired, this area is rather hard to reach. This sector is oriented to an intermediate level of skiing, where if we have a little skill on skis, we can dare and slide on the blue, red and black trails. At the end of the trails, we are greeted by a small coniferous forest.  In the sector we find a snowpark and bicycle routes during the summer; confirming the trend of modern ski resorts to offer activities throughout the year.

We find the Plateau sector at an intermediate altitude in the resort, where it stands out for its forest. Here we find a restaurant and a park with modules and rails. This sector is also one of the merge points between the ski trails, receiving skiers from the Bézou, Cotch and Pène Blanque sectors.

The Bézou sector is mainly aimed at beginners, where we find the recreational parks and the least wooded area of the resort. The slopes are green and blue, perfect for beginners and people who are learning to enjoy sliding in the snow. In the area we find a restaurant, a sled area and a Nordic circuit connected to the resort’s base.

The snow front and return slopes of the resort are located at the bottom. It is a dense wooded area where it is possible to practice Nordic skiing and hiking: there are red, blue and green slopes, as well as the lower part of the Nordic route. The characteristic green track “La Balade” runs through the forest slightly away from the resort main axes, where we can evade and enjoy nature in complete freedom. All sectors merge on the snow front, a large space that leads to the Valentin and Place Sarrière plateau, tourist heart of Gourette.

The other great attraction of Gourette

For that well-deserved rest, after descent and descent, stop by ” La Bulle des Eaux-Bonnes ”. It is a transparent dome, like a bubble, in the completely renovated thermal baths. It offers visitors mountain views while enjoying the warm hot springs.

Both children and adults will find in the ” Bulle ” a magical place while enjoying the infinity pool. The center has a sauna, hammam, Jacuzzi, musical water cave, outdoor water beds, solarium, body treatments …

The spa’s aesthetic and thermal treatment areas offer rest and wellness in a natural environment equipped with the latest technology. Placed in the heart of the Pyrenees, overlooking the resort.

Whether you are a spa customer, a skier, or staying at the resort, you will enjoy this unique place with intimate and almost confidential comfort.

Rejuvenate in its centuries-old waters rich in chloride, silica and sodium sulfide. Recommended for rheumatic and respiratory diseases, its healing, fluidizing and analgesic properties are a reference in the Pyrenees.

After a long day of skiing, there is no better treatment possible for your weary legs.

The resort stands out for its culinary offer

You can treat yourself and be pampered by its restaurants that offer the best of the region’s traditional and homemade cuisine; Among the different high mountain dishes that we find, the succulent duck confit stands out. If, on the other hand, we are more rural and simple, we can choose a picnic. We will have the opportunity to taste sausages and local cheeses, in the dedicated  areas.

In the Ossau valley, we find a culinary moment that practically no one wants to miss: tasting the local cheeses. They can be tasted at local markets, on farms or in the shepherds’ huts where it is manufactured directly. Made from sheep’s milk, cow’s milk or a mixture of both, its taste is incomparable. Two events mark the season for this exceptional product: the transhumance in early July and the cheese fair on the first weekend of October. 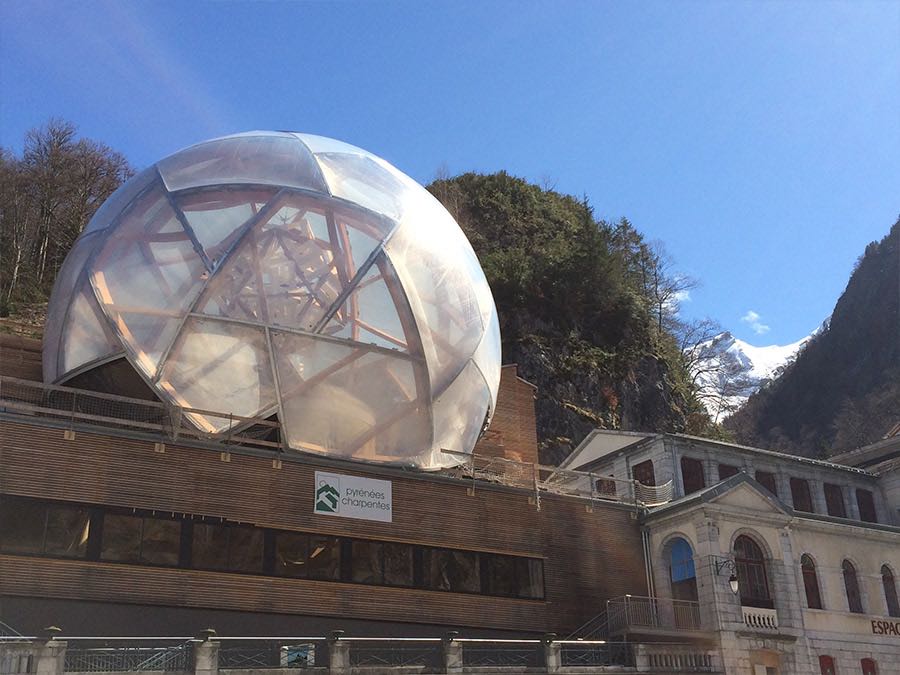 News
Gourette is forced to close again its SPA La Bulle
The famous sphere of the thermal spa of Eaux-Bonnes, known as La Bulle, has structural problems whic... 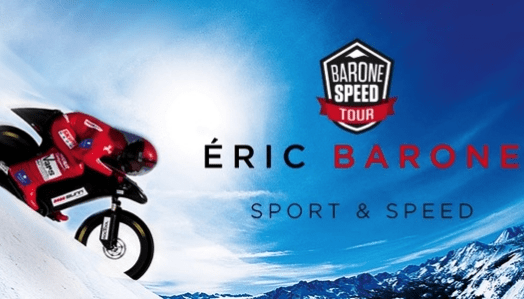 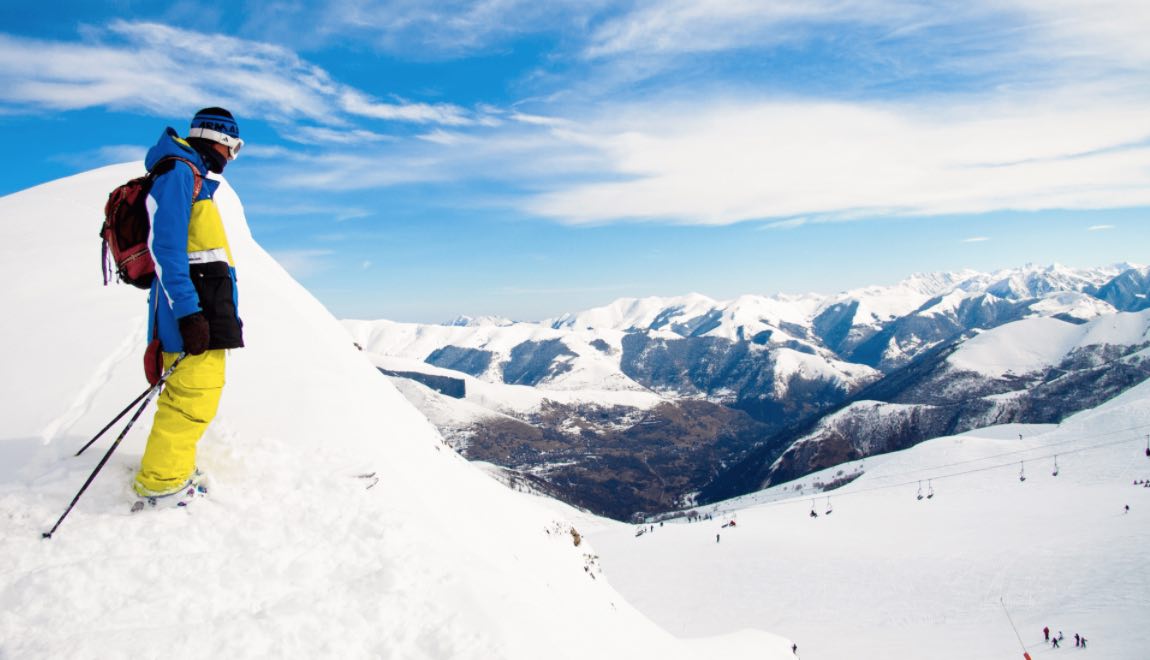