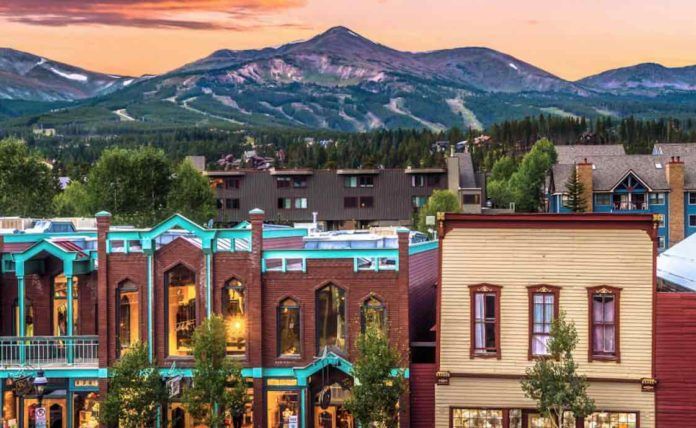 Breckenridge is a ski resort that has five large peaks that provide the skier, a true snow paradise in North America.

They have 187 groomed slopes, spread over 2,900 acres of snow-capped mountains. The Breckenridge areas are divided into 5 “Peaks”, where all kinds of skiers and snowboarders will find their ideal area to enjoy the snow with long sunny days thanks to its south orientation.

Breckenridge, the ski resort of the blue slopes and the extreme double diamond slopes

Breckenridge Peak 6 is a real treat for intermediate skiers and snowboarders. It has detachable 6-seater chairlifts, such as the Zendo and the Kensho SuperChair, with magnificent views of the “White River National Forest backcountry”. Its slopes are wide and with a moderate slope, providing glory days on days of heavy snowfall thanks to the orientation of this sector.

If you carry your touring gear or don’t mind putting your skis on your shoulder, look for safe access to
extreme double diamond tracks such as the Beyond Bowl, Serenity Bowl and the Six Senses track. On Peak 9, you will also find a great challenge on the Windows track.

If you are still in the mood for strong feelings, steep slopes and heavy snow accumulations, then you should head to Peak 10. An early morning climb in the Beaver Run chair will ensure spectacular first descents in one of the most beautiful sections of the ski area. from Breckenridge. Attention to the orientation of its mountains, as a large part of the domain is south-facing, you should get up early to find good snow conditions if the day wakes up mild.

Its Victorian-style town and its Main Street full of colorful shops, businesses, restaurants and hotels, will delight travelers during après ski in this typical town of mining tradition.