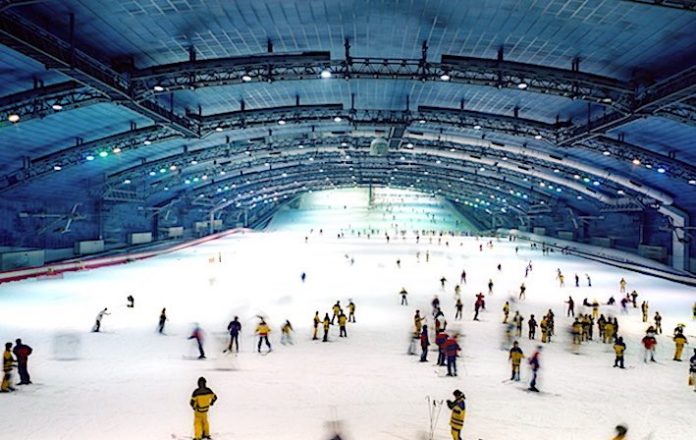 620 meters long, 35 m wide, 90 m vertical drop and a 60 cm snow carpet maintained at a temperature of -2 ° C / -3 ° C: the main ski slope Snowhall breaks all records by its dimensions as by the quality of glide and the sensations it provides.

Moguls specially designed for freestyle enthusiasts, enough to have fun all year round on skiing or snowboarding and ideal for warming up, getting physically ready before heading to a mountain ski resort.

A small slope 100 meters long and 35 meters wide designed to allow children and adult beginners to learn about the joys of skiing or snowboarding in optimal conditions.

A sledging section reserved especially for children under 12 years old. Don’t have ski or snowboard equipment? 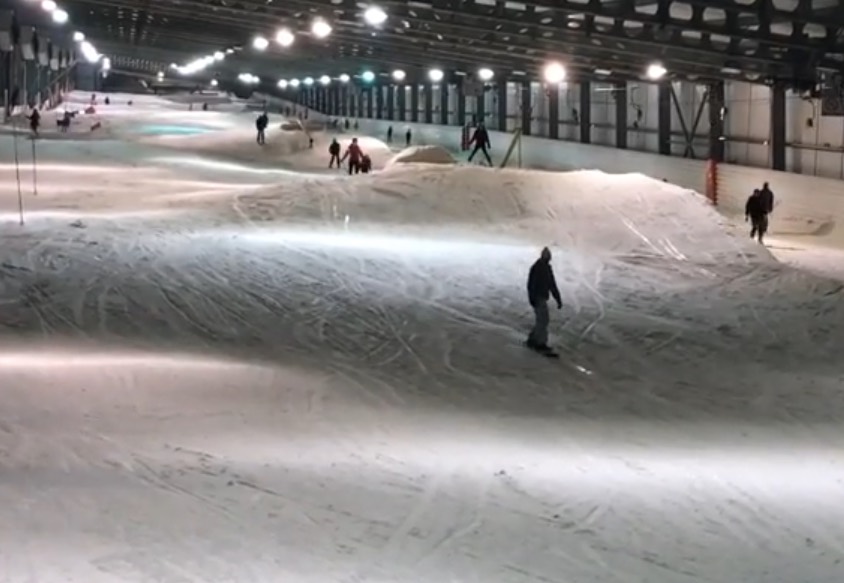 The Snowhall at Amneville, one of the largest indoor ski centres in the world, was the selected location in 2015 for this record attempt. Jan Farrell announced late in 2014 his plan to beat seven Guinness records over the coming seasons, and although a sand dune descent was to have been the first record attempt, this has been postponed till autumn due to extreme temperatures in the desert.

Jan then decided to go ahead with the second on the list: the indoor speed record.

The previous record was held by Klaus Schrottshammer since 2012 reached 104.44 on the indoor SnowWorld Landgraaf track in the Netherlands. Before that, Millar Reid of Great Britain, held the record at 103.05, reached in 2006.

“Speed is a way of life for me, and during the periods between competitions, I think these record attempts are a great way of continuing to do what I like. They’re also a great way of promoting Speed Ski, the fastest non-motorized sport on earth and helping me in my aim to bring new young athletes to the sport. The most important thing has been adaptating the equipment to this piste, as we’re talking about man-made snow, with a very large and abrasive cristal”, says Jan.

The SnowHall was set up in 2006 on a former industrial site. Its size makes it unique: the tunnel housing the main piste is 620 metres long, 35 metres wide, and has a 90-metre vertical drop. Temperature is kept at -2°C to -3°C. Another factor to take into account in indoor centres is that the braking distance is much shorter. As Jan says, “Normally in Speed Ski we reach 200 kph and have 200 to 300m for braking.

“This speed is unthinkable indoors, but despite skiing at over 100 kph here, we have to bear in mind that we only have 50m for braking. The timing was set so close to the end of the hall, that I finished braking practically in the nets that separated me from the solid wall at the bottom”, concluded Jan.

Snowhall hires you all you need

To eat or simply have a drink, the restaurant “Le Chalet” and the bar “La Station” immerse you in an atypical universe, facing the slopes!

The ESF Amnéville instructors provide lessons in French or English throughout the year.

Set off on the 1st indoor ski slope in France and the longest in the world!