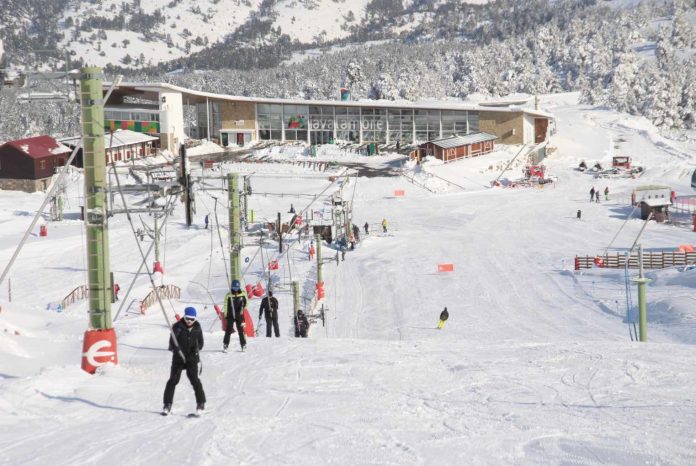 The Javalambre ski resort, part of the Aramón Group is located in the Iberian System, specifically in the municipality of Camarena de la Sierra. Within the Teruel province (Spain), in the region of Gúdar-Javalambre and in the mountains of the same name.

Inaugurated in 1996, is considered one of the most modern ski resorts in Spain. Its great improvements in access and facilities, have allowed a spectacular increase in visitors from the Valencian, Catalan, and Aragonese Community. Stands out the ideal Lapiaz sector, perfect for beginners.

The Sierra de Javalambre is a mountain massif of Aragon (Spain) located south the province of Teruel, within the Gúdar-Javalambre region. It constitutes one of the most important elevations of the Iberian System. Some of the foothills of its skiing domain enter the province of Valencia and Castellón.

The mountain massif, where materials from the Secondary Era predominate, especially limestones and clays, rises up to 2020 meters above sea level, forming a large dome, serving as a natural frontier for the Mijares and Turia basins. Four rivers are born here: Camarena, Riodeva and Arcos pour their waters to Turia, and the Albentosa river, to Mijares.

The name Javalambre comes from the Arabic Yabal `Amr جبل عمرو, which means “mount of Amr “. Amr is a male’s name, another possible etymology is ”red mountain” (djebel hambr), since red materials appear in addition to limestones.

The climate is very extreme, being characterized by very cold winters, with frosts from November to May, and mild summers, rarely exceeding 30 degrees. Precipitations are not very abundant; and remarkably irregular, between 400 and 600 mm in the valleys (depending on the orientation) and 700 mm in the elevated areas, being big part of them snow.

A resort in the heights

Modern snow production systems guarantee skiing during the winter season. Aramon Javalambre is committed to the quality of its services, so white sport lovers can enjoy unforgettable skiing days; so do not hesitate to enjoy the restoration and local cuisine, you may find a pleasant surprise.

The 14 Km of ski domain are completely covered by artificial snow machines, ensuring the snow during the season, apart from standing out for an intense and dry cold, which allows to keep the fallen snow excellently.

For nature lovers, they can enjoy by the new panoramic trails, which lead the visitor along the perimeter of the ski resort, being able to enjoy majestic views of the Sierra de Javalambre.

The access to the slopes is not allowed for non-skiers for safety reasons, both for skiers and visitors. However, you can enjoy the atmosphere of the resort, the views and the activity that takes place on the slopes from the restoration areas located at the foot of the slopes.

Aramón, which integrates the ski resorts in the Aragonese Pyrenees of Cerler, in the Benasque and Formigal-Panticosa Valley, in the Tena Valley, and Javalambre and Valdelinares, in the Turolense Iberian System, represents the largest ski area in Spain and stands as the first business group of snow and mountain tourism.

Since 2002, it has the objective of promoting the economic and social development of the regions in which it operates by creating a modern and innovative ski and mountain tourism offer. The Aramón group, mountains of Aragon, is 50% owned by the Government of Aragon and Ibercaja and, in the form of a limited company, acts as a holding company that manages and integrates the four ski resorts.

A long-term vision, combined with a unique offer of quality, excellence and innovation, has driven the growth of Aramón and each of its resorts to become the first Spanish business group in the sector

The best trails to ski Javalambre

Pista Lapiaz. It is the essential slope of Javalambre. It is the connection point between the two sectors of the resort (Sabina and Lapiaz), and, from there you will have stunning views – you can see almost the entire region of Albarracín, in addition to Teruel city, Jiloca, Gúdar-Javalambre … The descent of the trail, which is accessed through the Ventisquero and Lapiaz chairlifts, is suitable for almost all skiers, as it is a blue track suitable for beginners. With a couple of sections of greater vertical drop at the beginning of the descent, this section has all what it takes to be considered among the top places of the resort, which softens in the lower part. So whatever your ski level, you can enjoy this fun descent.

Pista Amanaderos If you have a medium level of skiing and you want to experience a more demanding descent that, at the same time, allows you to enjoy stunning views of the Turolense landscape, you need to visit the Amanaderos slope. You can access through the Camarena chairlift a long, fun and demanding descent of intermediate level (blue), which goes from the highest point of the station (Balcón de Teruel, at Cota 2.000) to the lowest (1.650 m.) . In Balcon de Teruel you can enjoy stunning views: Teruel city and half of the entire province. There is a beautiful 360º view, which might leave you speechless. Unconditionally, it is one of the most outstanding features of the upper part of this slope.

The cafeteria is at the base of the slopes, in the Lapiaz sector. Next to the parking and very close to the sled area, which makes it ideal for families, children, friends … You can get there even on foot, which makes this cafe an ideal place even for newbies of ski or snowboard. It is located in a strategic place. From there you can access the other sector of the resort – the Sabina sector – through the detachable 6 seater chairlift.

If you go early in the morning, you can have a comforting hot chocolate, to start skiing with energy; but you can also go to the cafeteria to try one of its fantastic pizzas or any other dish, since in addition to the cafeteria, the place has a self-service, with a wide range of Italian dishes. And while you do, you can enjoy great views of the Lapiaz sector and the entire north face of the valley from the cafeteria’s terrace. 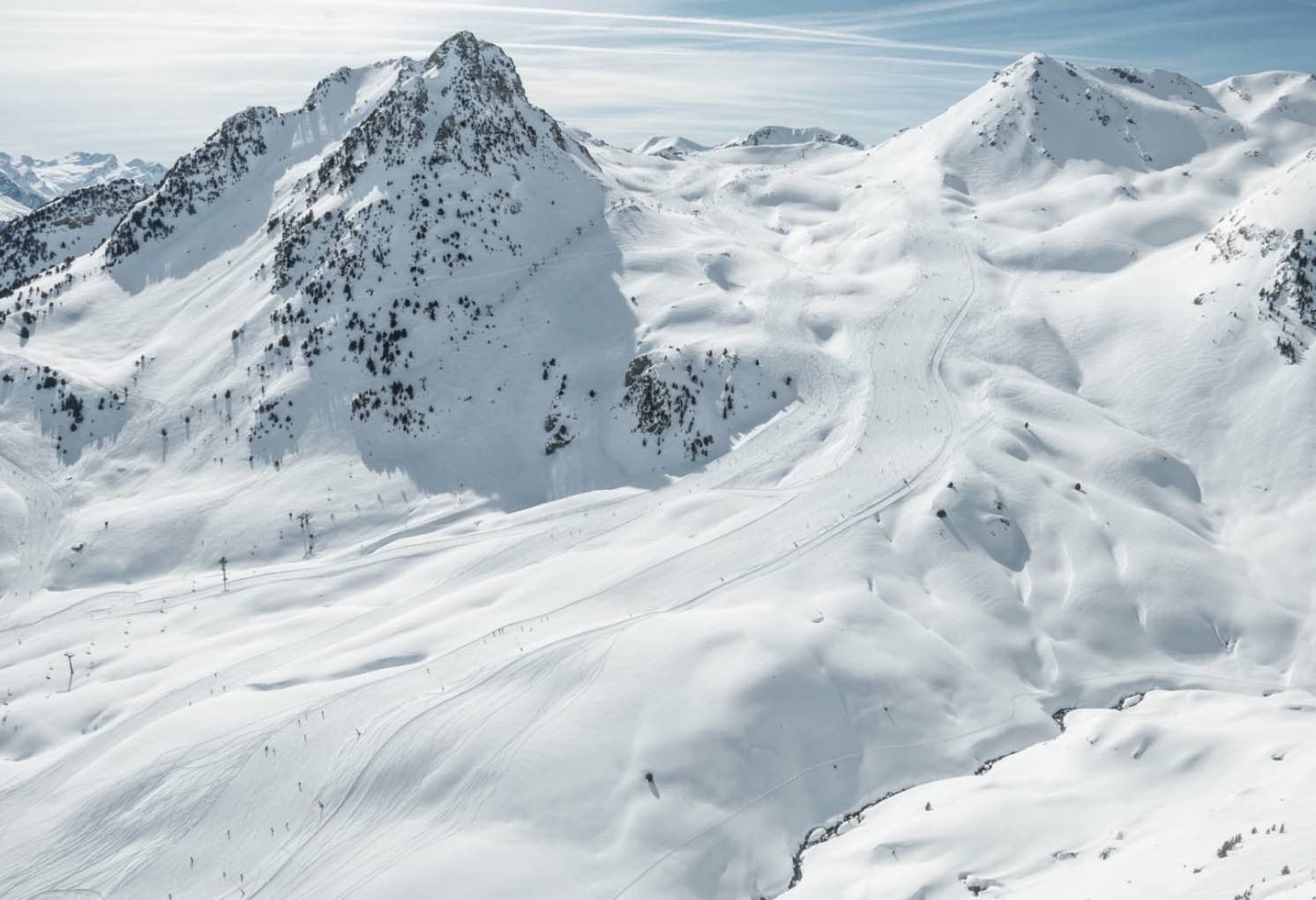 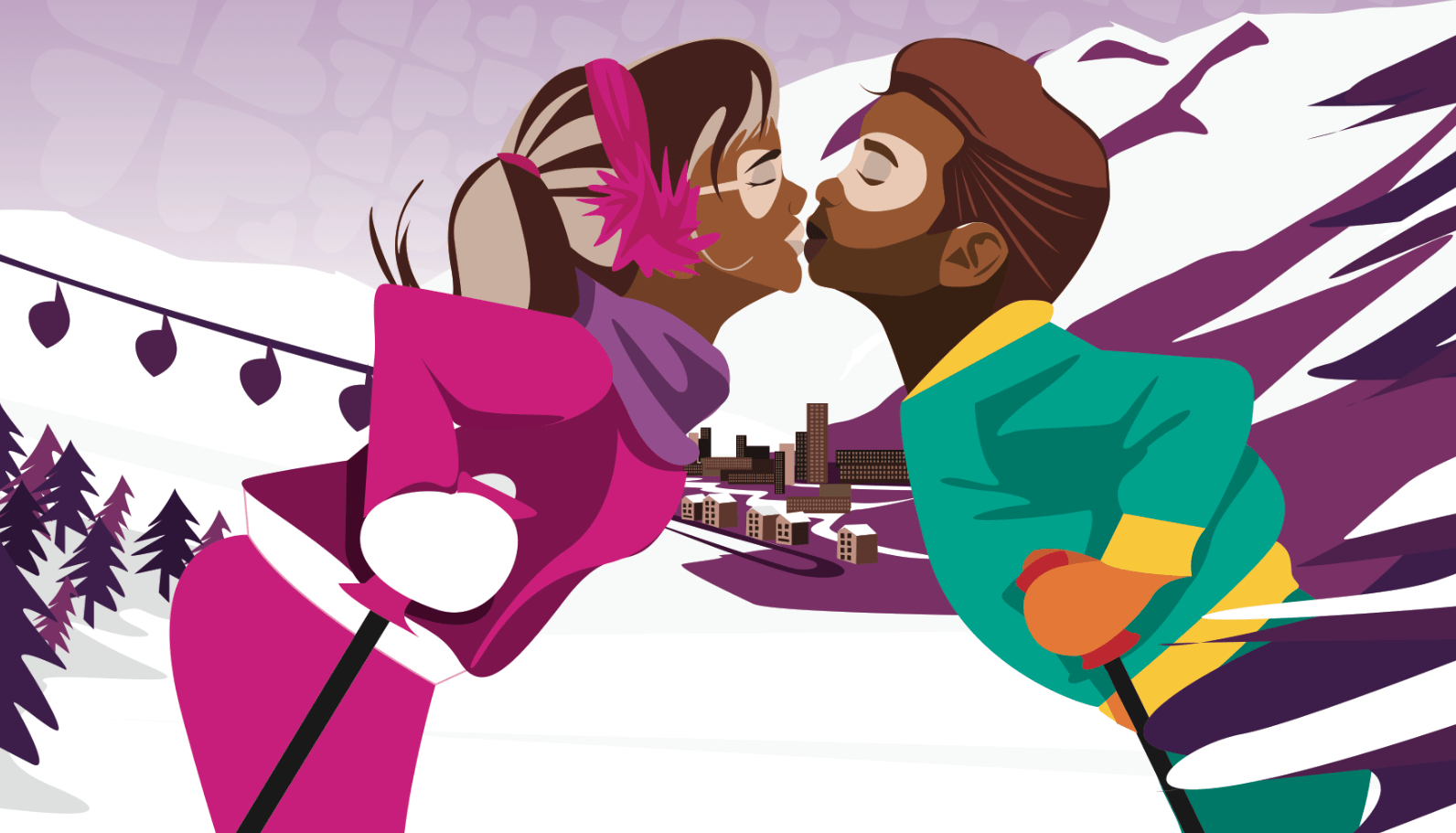 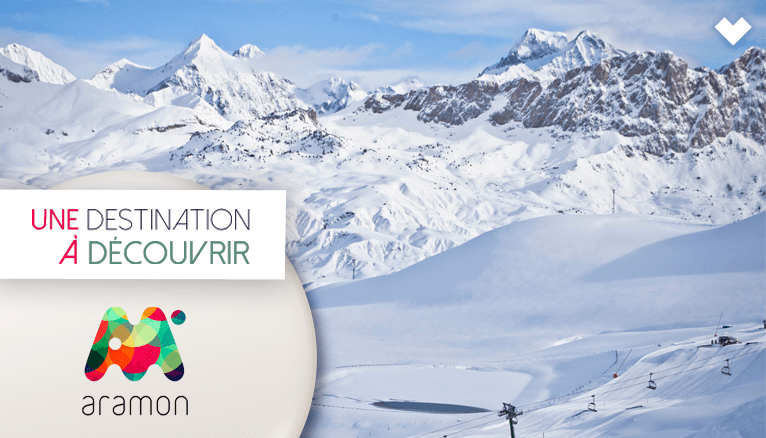