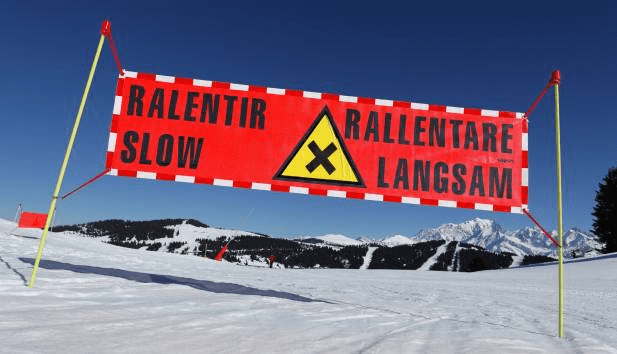 Don’t worry, the I LOVE SKI team it’s here to inform you, so that you can adopt the right conducts during the next descents.

A great number of skiers and snowboarders don’t know the rules of conduct on the slopes, resulting in several incidents each year. The dramatic incident that took place last week on the ski resort Les 2 Alpes reminds us the importance of taking into consideration the advices of the professionals, in charge of ensuring the security of the skiers on the slopes.

Take your time to read these rules, it’s important, specially because there are only 10!

How to become a responsible skier

Rule 1: Respect for others

You are not alone on the slopes, so be careful with not endangering or putting at risk the rest of the skiers.

Rule 2: Control of speed and conduct

Don’t forget to take into consideration your personal ability and the prevailing conditions of terrain, snow and weather as well as to the density of traffic. You must adapt yourself and your manner of skiing to the rules. Be the most careful you can.

When you are going down from the top of the slopes, you have to choose your route in such a way you do not endager the skiers ahead.

There is not such a defined code as the Traffic Code. You may overtake another skier abowe o below to the right or to the left provided that you leave enough space for the other users to make any voluntary or involuntary movement.

When you are entering a marked run, starting again after stopping you must look up and down the slopes in order to be sure that you can do so without endangering yourself or the others.

Rule 6: Stopping on the slopes

You must avoid stopping on the piste in narrow places and where visibility is restricted. In case of incident, you must move clear of the piste as soon as possible.

Rule 7:Climbing and descending on foot

If you climb or descend on foot you must keep to the side of the piste and watch out you don’t endager any skier.

Rule 8: Respect for signs and markings

You have the obligation to respect all signs and markings when you move on the slopes.

At accidents, every skier or snowboarder is duty bound to assist. If it was serious, you must contact the Rescue Services.

Every skier or snowboarder that witnesses, whether a responsible party or not, must exchange names and addresses with the Rescue Services following an accident.

We must respect these basic rules so that skiing is above all a pleisure for everyone! You’re now a profes sional of the responsible conducts on the slopes, the I LOVE SKI team counts on you to respect them to the maximum!

Gourette is forced to close again its SPA La Bulle