Respect for the environment and nature, as well as sustainable development, are intrinsic to the proper functioning and sustainability of a ski and mountain resort. The Baqueira Beret resort in the Spanish Pyrenees is by no means an exception in this respect. Sustainable development and the practices to achieve it have always been at the heart of the development projects of the Spanish resort of Baqueira Beret. Re-vegetation of the slopes, optimisation of snowfall, water storage, reduction of energy consumption… are some of the aspects that the Baqueira Beret resort in Val d’Aran is committed to.

The Baqueira resort’s sustainable development policy is currently based on three pillars: energy consumption, waste management and recycling, and the preservation of the mountain and its environmental impact. Over the years, several measures have been implemented to reduce and rationalise energy consumption.

One of Baqueira’s maxims is to contribute to the creation of a sustainable future and to take a long-term view, adjusting its business operations and reducing its carbon footprint. “Caring for the environment and the mountain has always been our spirit,” explains Xavi Ubeira, commercial director of the Baqueira resort. And to justify this, Xavi Ubeira tells us about the resort’s (good) practices throughout the year.

A process of revegetation of the runway

To begin with, each summer earthwork is subjected to a revegetation process. The aim of revegetation is twofold: to improve the conservation or maintenance of the snow cover in winter and to reduce the phenomenon of water erosion.
From an aesthetic point of view, revegetation after earthworks improves the landscape integration of the ski slope, especially in summer, and reconstitutes a natural meadow that can be grazed.

“During a snowfall, revegetated slopes retain snow better. Every time we move soil, we revegetate. And when we cut one tree, we plant twenty. If we don’t take care of the mountains and our environment, our activities will not be sustainable,” explains Xavi Ubeira.

Modernisation of the artificial snow network

The modernisation of the artificial snow network has been underway for years in Baqueira Beret. This has involved replacing the old snow cannons, which consumed a lot of electricity and air. The measures taken in this area have made it possible to reduce energy consumption by 33%.

“The new snow cannons are much more efficient, consume much less energy and produce more snow”.

The creation of three reservoirs makes it possible to store snow when it melts in spring and reuse it for the production of artificial snow in winter. “From October we can start producing snow,” explains Xavi Ubeira. “These are practices that we have been using for several years but that people didn’t know about. Now we want to make it known and explain it to our customers”.

As for the snow groomers, they now run on AdBlue, to improve fuel consumption levels and reduce their impact on the environment by reducing the nitrogen monoxide emissions emitted by this type of engine. As a reminder, since January 2014, the transition to the Euromot 4 standard requires all new snow groomer engines to combine EGR technology (with or without particulate filter) and SCR technology with the use of AdBlue.

“Our snow groomers consume less fuel, so they polute less”.

“We have also tested hybrid machines, but they didn’t give enough performance to work properly,” says Xavi Ubeira.

Reducing the carbon footprint of transport

In ski resorts, skier transport is one of the biggest contributors to the resorts’ carbon footprint. “The truth is that we encourage the use of public transport, but it is not the resort’s responsibility. For this we work a lot with the Generalitat because the efficiency of transporting people from Val d’Aran by bus is very complicated”.

“We have made improvements to all the car parks, including replacing all the lights with LEDs. We have also installed electric chargers in all the parking areas”.
The Baqueira Beret resort continues to reflect on sustainable development, mobility and electric solutions. “We are facing the issue of electric cars and this is causing concern. Visitors park and go skiing while their car is charging. Fast charging systems allow the car to be charged in half an hour, but the person is skiing and taking up space. So we have to find ways that work to solve the problem of charging availability”. 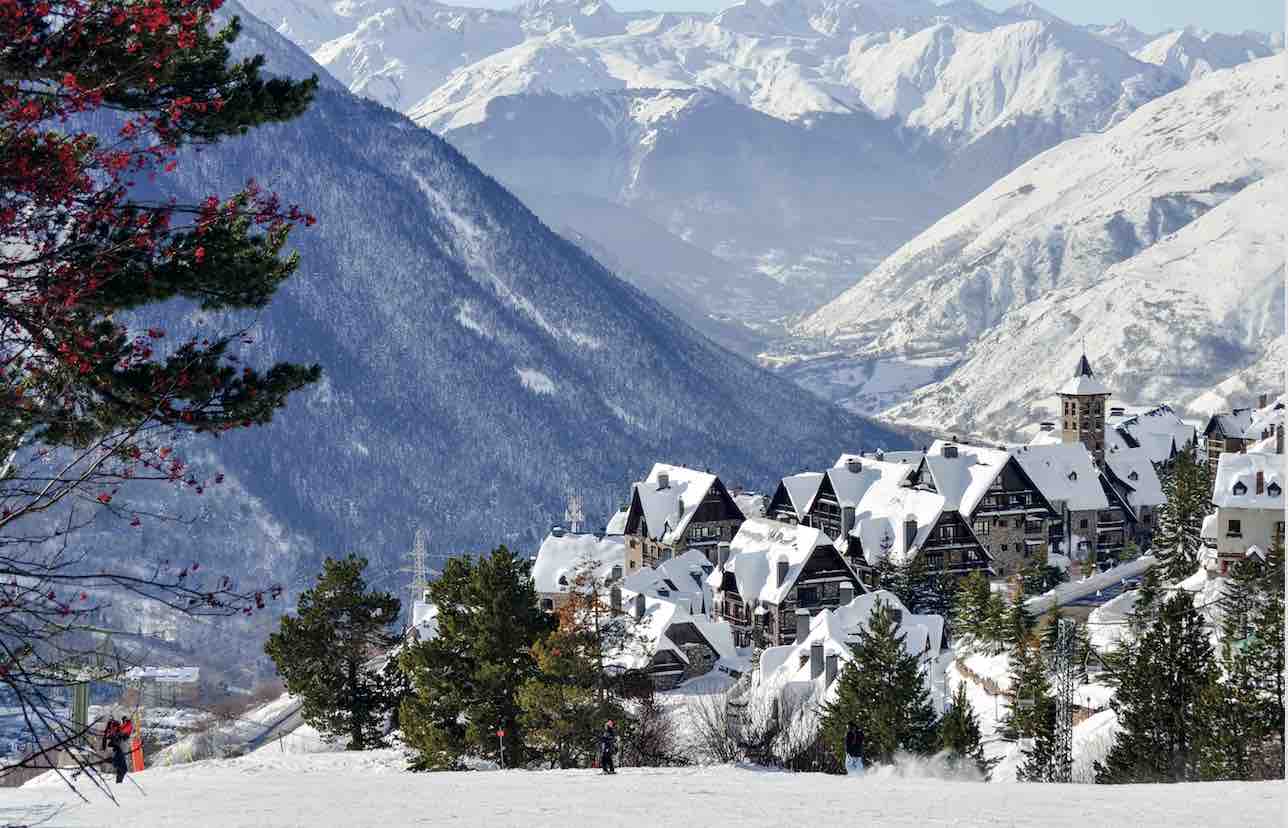 Val d’Aran, where the Baqueira Beret resort is located, was the first mountain destination to receive Biosphere certification in January 2014. This certification highlighted the value of the environment as one of the heritage assets of the territory, as well as the cultural heritage preserved throughout history.

Thanks to these efforts, in March 2015 Val d’Aran was a finalist in the European Union’s “National Geographic Legacy Awards for Innovation” in the “Destination Leadership” category, which recognises leaders in the tourism sector.
This is a recognition for the destination, which has been able to demonstrate its best practices in the protection of nature and culture. Val d’Aran also works with its visitors to raise awareness of environmental protection.

“We have an important role because the mountains allow us to live and develop activities in the area. Skiing is our main activity and we have to look after it so that my daughters, who are 8 and 13 years old, can still be skiing in 50 years’ time,” concludes Xavi Ubeira.

Baqueira Beret: an action plan to continue to be committed to sustainable development and nature

The measures adopted today are “insufficient” in the eyes of the complex. Therefore, different actions have been implemented and planned for the sustainability and self-sufficiency of the complex, both inside and outside its perimeter. Actions that sometimes seem more obvious than others, and which can sometimes go unnoticed, but which also contribute to the common good.

A declaration of intentions that, at this stage, is made concrete in four sections: