I Love Ski ®
Home News Meteo Snow: what it is and its types 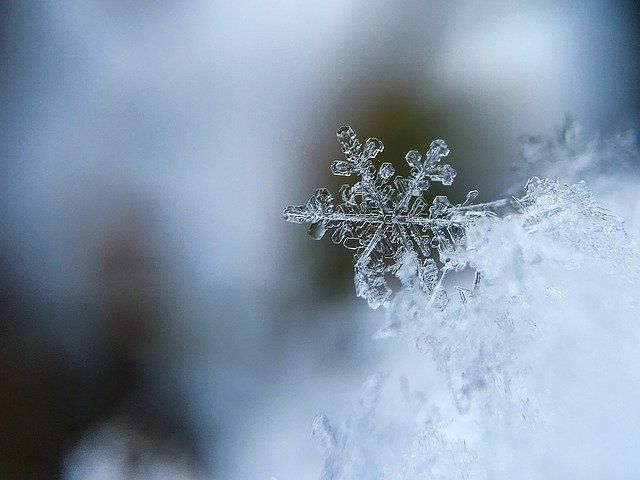 If you are wondering what snow is and what types of snow you can find in the mountains or in a ski resort, you have come to the right place. Let’s start with the basics: what is snow? It is defined as a solid precipitation that is made up of small ice crystals. These are formed at freezing temperatures, usually below 0°C.

Learn about the different types of snow you can find on the slopes and how to identify them.

So-called “white gold” forms in the same way as rain, only at temperatures below freezing. Therefore, the ice crystals do not melt and when they collide with each other, flakes are formed. Ambient humidity and temperature are very important because it can often snow at positive temperatures, but it does not set on the surface.

Types of snow: learn their differences

The combination of temperature and humidity gives rise to different types of snow. The surface conditions on which the flakes are deposited and the passage of time also form different layers. It is often possible to distinguish the different snowfalls that have occurred in one place by making a cut in the snow cover and analysing it.

One of the most attractive types of snow for skiers is powder snow. It is very dry, with relative humidity values below normal. It is formed at very low temperatures and stands out because there is very little cohesion between the flakes.

In Spain it is not very common, being quite popular in mountain ranges such as the Alps or the Rocky Mountains where the distance from the sea provides the necessary conditions for its formation.

We consider it ideal for learning, if the white mantle is not too thick, as it facilitates the routes and provides a sense of security by helping you to control your speed. It will act as a “natural brake” on the descent, and in addition, its spongy texture will cushion possible falls. 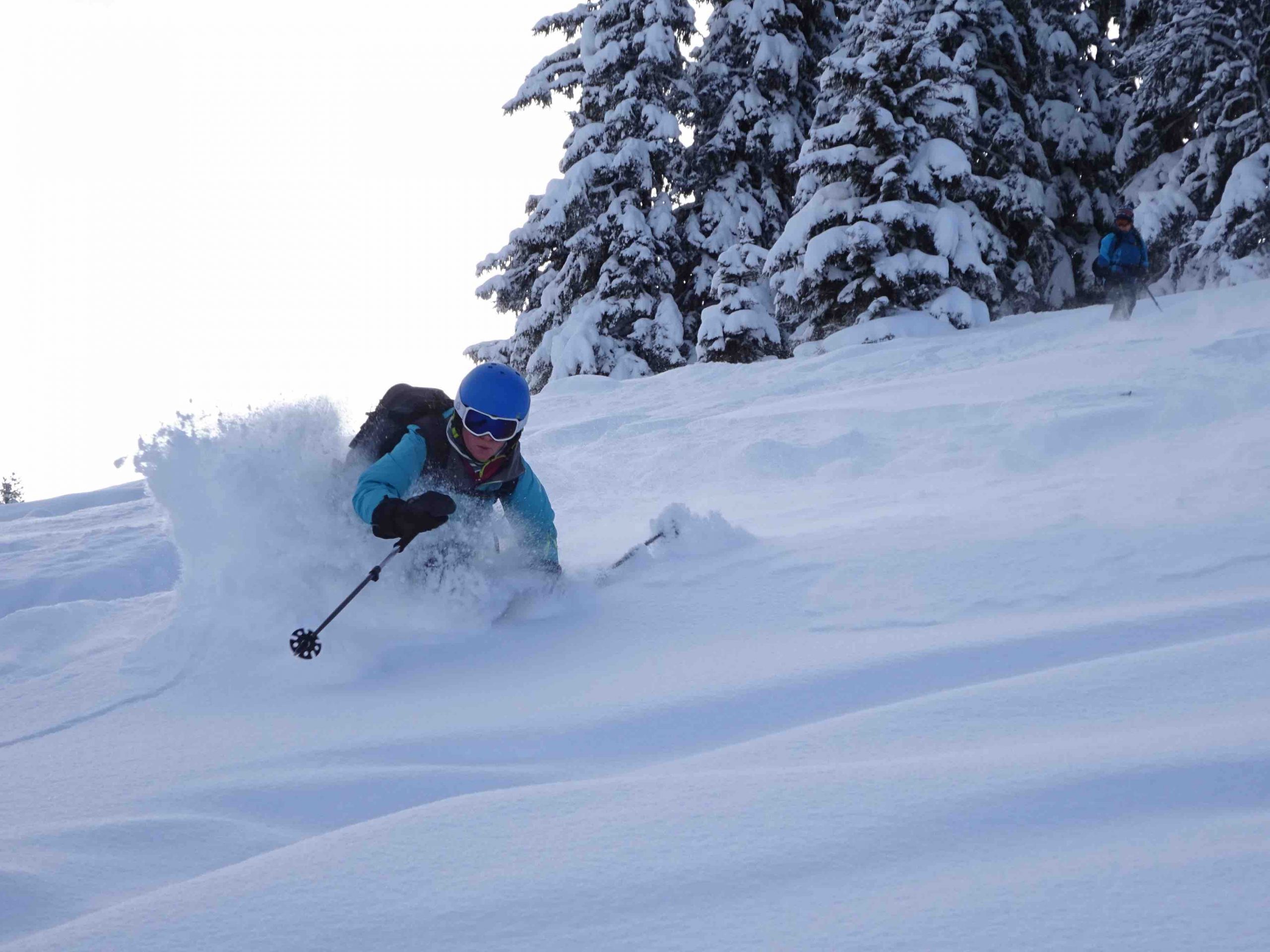 To recognise this type of snow, it is enough to look around, as this snow rises leaving a cloud of powder. If we still have any doubts, we can take some and try to make a ball, which will be very difficult.

This type of snow is characterised by a high moisture content. In contrast to powder snow, the cohesion between the flakes causes the structure to stabilise and form a uniform layer.

When the temperature drops below freezing, this high moisture content causes the flake to freeze. During the day, as the temperature rises, the white blanket thaws and transforms. In the harsh winter months, it usually lasts all day (frozen snow), due to the low temperatures during daylight hours as well.

In spring, it is normal to find it in the first hours of the day or even only during the first descents (the snow also transforms due to friction with the boards). And as the day progresses, we can find the same track, spring. At night, temperatures drop again and the water thaws, forming hard snow again.

Some considerations to bear in mind with hard/ice snow is that the coefficient of friction decreases, therefore speed increases. It is a type of snow on which the most experienced skiers will feel more comfortable, as long as the edges of their skis are sharp.

To identify it, we can observe that the mark we leave when we go through it is minimal, and that when we push the edges to turn or skid, it sounds because we are putting a lot of pressure on it.

As a curiosity, the competition tracks (such as those of the World Cup) are treated and trodden so that they are very hard. In addition, they are usually injected with liquid water hours before the races so that it freezes and the speed is maximised. It is one of the most technically and physically demanding types of snow.

Spring snow is a transitional state of the snow cover. As its name suggests, it is typical of the last months of the season, when the days are longer and the temperatures are warmer. It is generally not very popular with skiers, as it is heavy (as it contains a large amount of water) and can cause injuries if the tension of the bindings is not properly regulated.

When we start the day at a ski resort, in the morning we will find the snowpack hard, due to the work done by the snow groomers the night before. As the day wears on, the high moisture content of the snow causes it to lose consistency. The action of temperature, the sun’s rays and the change in relative humidity causes a film of water to form, resulting in wetter snow or even puddles.

A tip: move your centre of gravity slightly back towards the tail of your skis so that you can “glide” over the snow, avoiding too much friction between your skis and the snowpack. In this way, you will limit the unpleasant “decelerations” that this generates and/or you will be able to recover your position. It is usual that after the passage of many skiers on this type of snow, baths are formed, mounds of snow that can be of large dimensions. They are usually created on slopes with a certain inclination, such as red and black, where skiers’ skidding is more pronounced and common.

For those who venture off-piste, the terminology of snow types increases considerably. On piste we generally find the types of snow described above, often combined with produced snow, coming from snow cannons, with a more or less fine grain. The difference in texture, degree of compaction and temperature of the snow produced can cause slowdowns in our descent when passing close to a canyon or lance.

On the other hand, if we move off-piste where the snowpack is not worked, it changes daily due to environmental conditions.

Virgin snow is the name given to the snowpack that has not been trodden on. It is none other than powder snow (with little humidity) and it is usually very fun, but complicated when it comes to making turns if we find large thicknesses. This can contain more or less moisture and, depending on the weather conditions, it can combine or merge with the lower layers.

Off-piste it is also normal to find hard or frozen snow, but we will also find a very particular type of snow, the crusted snow.

This is a light layer of a few centimetres thick snow that forms when it refreezes at night and is superimposed on a layer of softer, wetter snow.

This type of snow usually forms in windy areas. When we pass over this type of snow we will notice that the crust sinks and we lose speed over the softer snow. It is undoubtedly one of the most difficult to descend: the lower layer is soft and allows the skis to slide well, but at the same time we are slowed down by the upper layer that we “break” with the instep of our boots. This generates sudden changes of speed that can unbalance the skier. Turns in this type of snow cover must be smooth and progressive, given that any intention to make a turn can be very difficult and can cause the skier to become unbalanced. By the way, here are some tips for skiing on a windy day.

Some advice? Assess your level and the conditions, never ski alone off-piste, check the avalanche risk, inform a family member or friend of the route, take your mobile phone with you and don’t forget your essential Freeride equipment (probe, shovel and A.R.V.A.).

Types of Snow in the Rockies

Skiing in the Rockies is a dream for any skiing enthusiast. The winter conditions in these mountains, especially in the Colorado area, are great for powder that lasts almost all winter. 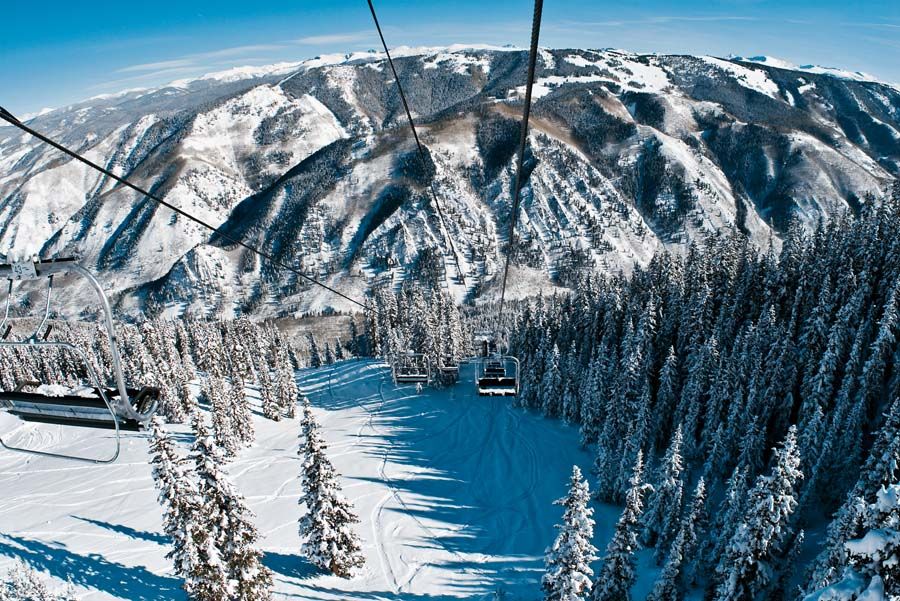 The key to this is the high altitude of these mountains, generally above 2500 metres, and their remoteness from the sea. Fronts arriving from the Pacific Ocean, which are very numerous in winter, first cross the mountains of California and Nevada, where they deposit a wetter type of snow.

They then travel a long distance to Utah or Colorado, where the ice crystals lose that oceanic moisture and deposit a very dry, cold snow.

This video shows the differences between the snowpack found in Colorado and the one found in Vermont, on the east coast of the USA and very close to the Atlantic Ocean.

One of the most curious snow phenomena is the Lake Effect. This is formed at points close to a large lake, such as the North American Great Lakes. The lake must be in a liquid state, i.e. not frozen. 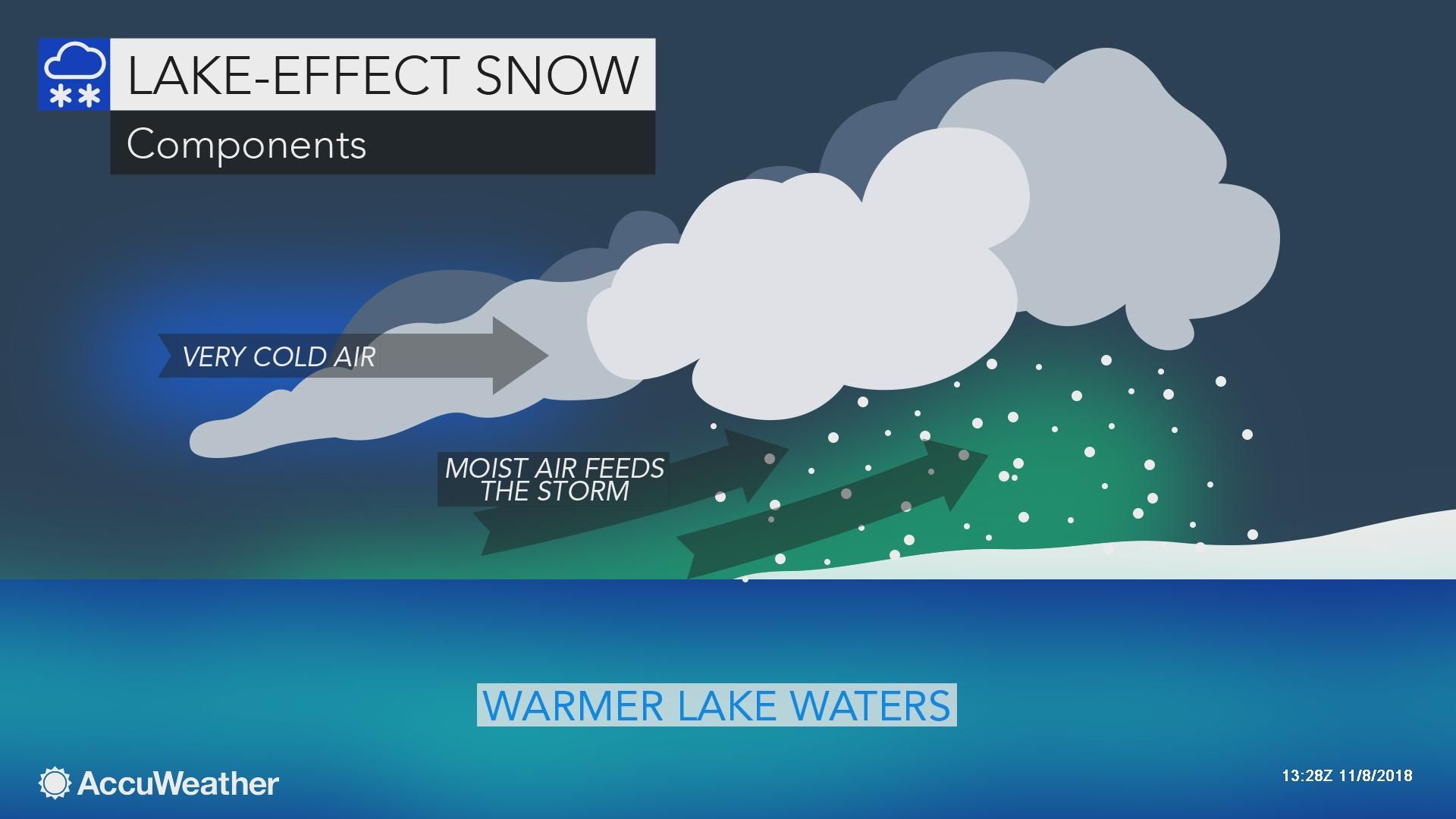 When a cold air front arrives from the north pole, it collides with the warm water masses in the lake. This water cools very quickly and rises into the atmosphere so that it gives back all the water it has absorbed in the form of snow. Due to the instability of the atmosphere, it is often accompanied by lightning and thunder.

In this timelapse you can see very well how the snow practically “rises” from the lake.

These snowfalls are very intense and localised on the shores of these lakes. In cities such as Buffalo, they leave thicknesses of more than 5 metres throughout the year, accumulating up to 2 metres in just one snowfall.

Here we can see the impressive thicknesses and the different types of snow found in these latitudes.

You may also be interested in this article about the types of clouds or this other about what does your car need to be ready for the winter.