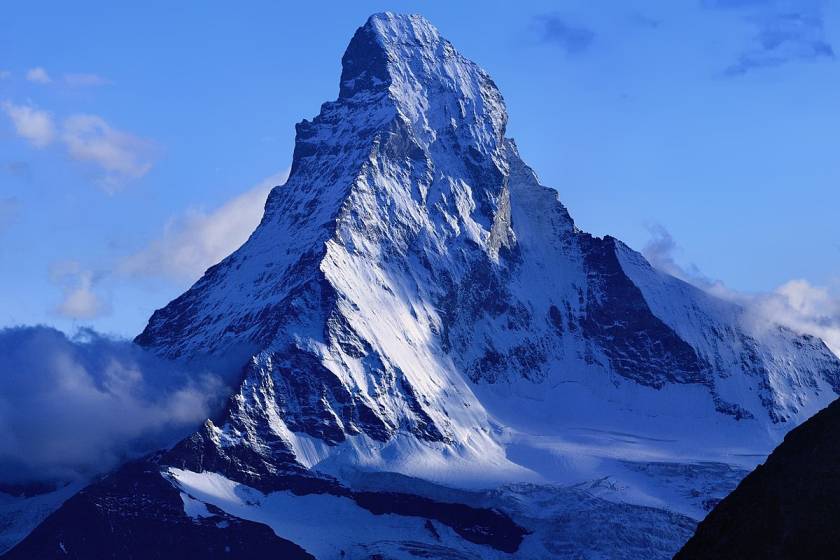 Matterhorn, is Europe’s most photographed mountain and the icon of the Swiss Alps, and it comes to no surprise. Its nearly 4,500 metres are crowned by a steep, craggy pyramid topped by four faces overlooking the four cardinal points, as well as Switzerland and Italy. Its imposing and solitary silhouette, together with the epic events surrounding its first ascent, which was not without tragedy, have made it a place of pilgrimage for thousands of mountaineers and hikers from all over the world. 2015 was the 150th anniversary of its first conquest. And in 2021, it’s going to be the 150th anniversary of a woman conquering it, Lucy Walker.

History of the first climb to the mighty Matterhorn

The Matterhorn, is unlike any other peak or mountain in the world. At 4,478 metres, it is not the highest peak in the Alps, let alone in Switzerland. Yet its particular morphology, its remote location, the sharp silhouette against the cloudless horizon, the attraction it exerts and the plethora of legends it has spawned have earned it special treatment.

The Matterhorn was the last of the main Alpine peaks to be climbed. This is partly because of the sheer technical difficulty of its summit, but above all because of the fear that was instilled in the first mountaineers who approached it in the mid-nineteenth century, in the height of the fever to conquer all the Alpine peaks. The Italians sought it on their side, and regarded it as a national duty to be the first to crown the summit, which marks the border with their Swiss neighbours.

Meanwhile, the British, were seeking sporting achievement and another milestone on the list of mountaineering successes accomplished by the Victorian representatives of Great Britain. Two brave members of both schools, Edward Whymper, a young British illustrator, and Jean Antoine Carrel, a seasoned Italian mountaineer, played the leading roles in one of the most exciting, daring and legendary stories of 19th century mountaineering.

While Hollywood has the renown Walk of Fame for celebrities such as Michael Jackson, Marilyn Monroe or Arnold Schwarzenegger, Zermatt has its very own “Walk of Climb”. This one honours the remarkable accomplishments of mountaineers. In the past, it was only men on the markers. Luckily, this trend changed on Sunday 11 August 2019, the year that Zermatt – Matterhorn’s tagline was “Women on the mountain”.

On 22 July 1871, the Genève newspaper office received a telegram: Englishwoman Lucy Walker had just become the first woman to climb the Matterhorn…whilst wearing a long flannel skirt as was proper for a Victorian lady. Indeed, her ascent soon became seen as a jewel in the crown of female mountaineering. Throughout Europe and the USA, news of her achievement spread like wildfire.

Lucy had just beaten the American mountaineer Marguerite “Meta” Brevoort (1825-1876) in the mountaineering race. While Meta made a series of important ascents in the Alps in the 1960s and 1970s, she was frustrated in her two great ambitions. She wanted to be the first woman to climb the Matterhorn, as well as the first person to climb the Meije in the Dauphinate. As opposed to Lucy, who always wore dresses, Meta was the first woman mountaineer to wear trousers.

Lucy Walker, hearing that Meta was planning an expedition to the Matterhorn in 1871, quickly assembled a party that included the famous guide, Melchior Anderegg, and reached the summit a few days before Meta arrived in Zermat!

Not discouraged by Walker’s success, Brevoort climbs the summit September 5th 1871 as the second woman on the Hörnligrat to the top, and succeeding as the first woman to cross the Matterhorn.

Bearing in mind that she suffered from crippling rheumatism, and was dressed in the long Victorian skirts of the time, what she achieved is truly incredible.
Furthermore, in 1871, women were advised against physical activity. Nevertheless, encouraged by her father and brother, she successfully climbed Matterhorn’s peak.

About half a century later, the French Alice Damesme and the American Miriam O’Brien were regarded as the first all-women partnership on the Matterhorn above the Hörnligrat, the 13th of August 1932.

Matterhorn and Zermatt as tourist destinations

This popular Swiss destination was invaded in the beginning by the arrival first of climbers and mountaineers from all over the world. In fact, it was mainly British who were ready to tackle the summit. As a result, many decades later, flocks of tourists started to be attracted by the great beauty of the place and its legend. Today Zermatt receives two million visitors a year (60 per cent in winter and 40 per cent in summer).

Although it has a population of only 6,000, on New Year’s Eve more than 35,000 people gather in the village. The region known as Matterhorn Glacier Paradise is the largest ski resort in the summer, and also the highest (cable-car goes up to 3,883 metres). During the ski season it opens 63 lifts and 360 kilometres of slopes.

The inhabitants of Zermatt are already preparing with Swiss flair to celebrate the 150th anniversary of Lucy Walker’s ascent in 2021. This will give special prominence to the British, who are considered to be the main promoters of this destination and its current prosperity. 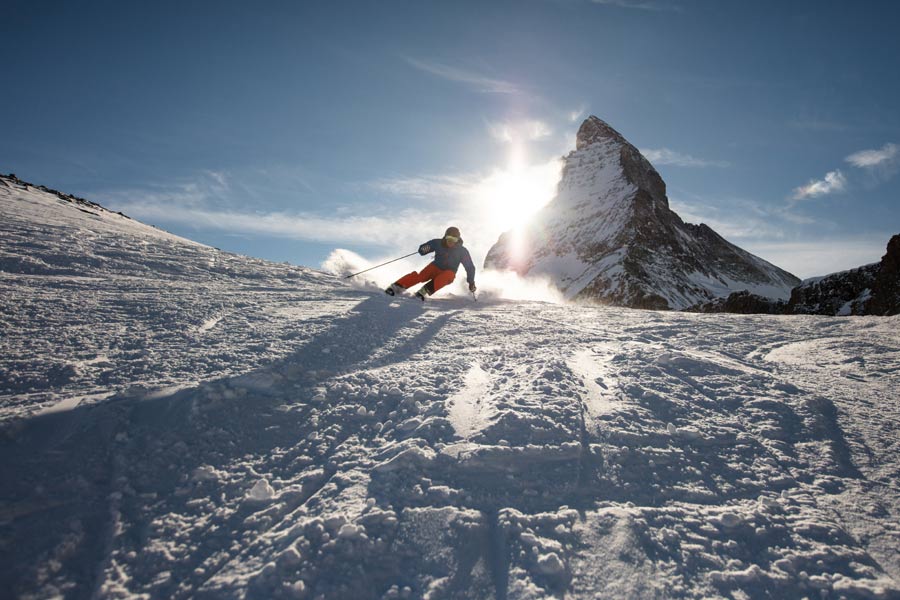 Zermatt
Zermatt ski resort is located at the foot of Matterhorn, one of the most famous mountains in the world. Zermatt has been ranked as one of the best ski resort and it is a well-deserved reputation. The Zermatt ski resort Its wonderful village of chalets and its 360km of pistes divided into several sectors (Sunnegga-Rothorn, […]