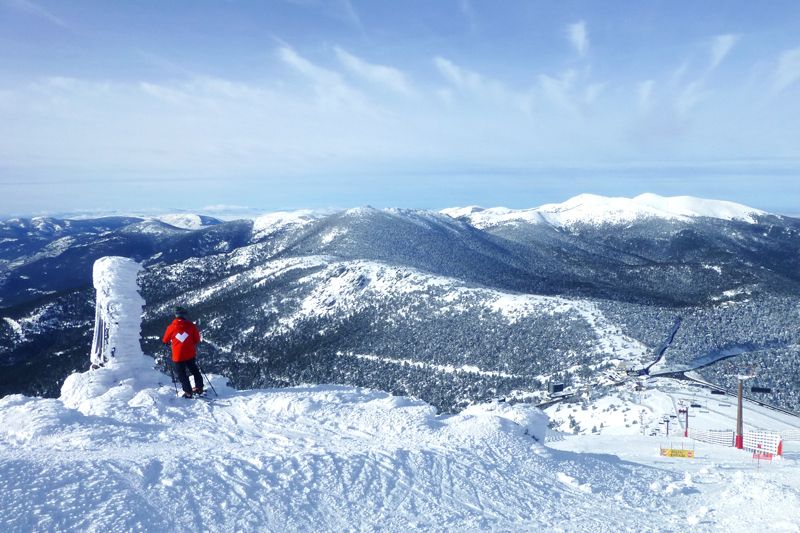 This Monday morning, the Spanish Tourist Association of Mountain Ski Resorts (ATUDEM) has expressed its support for the Navacerrada ski resort, following the decision taken by the Independent Body of National Parks (OAPN), dependent on the Ministry of Ecological Transition, not to renew the concession of occupation of the Navacerrada Ski Resort, and has expressed its “total disagreement” with this decision taken by the OAPN, which leads to the closure of the ski resort.

The closure of the Navacerrada ski resort will have direct consequences on the local economy.

“THE THREE SKIING PISTES THAT ARE TO BE ELIMINATED (ESCAPARATE, TELÉGRAFO AND EL BOSQUE) ARE THE ONES THAT GENERATE THE MOST NUMBER OF SKIING DAYS IN THE CENTRAL SYSTEM”.

Likewise, it regrets that “this decision means the complete closure of the resort and, therefore, all the consequences that this entails: abandonment of the facilities, loss of jobs and a decline in economic activity in the villages of the mountains of Madrid“.

The press release adds that “with this decision, nearby municipalities, such as Cercedilla, Navacerrada, Becerril de la Sierra, Rascafría or La Granja de San Ildefonso, will be affected by the decrease in tourists, which will contribute to the complicated situation caused by Covid-19“.

On the other hand, ATUDEM also highlights that “the activity of the Navacerrada Ski Resort, as well as that of the rest of ATUDEM’s ski resorts, has always been sustainable and respectful with the protection of the natural environment“.

“In this sense, the activity generated by the resorts has slowed down the environmental and landscape degradation of the mountain areas, as all of them are fully integrated into the surrounding landscape“, adds the Association.

In the same way, it is stated that “Navacerrada Ski Resort does not generate a mass of visitors in the area, as the resort only opens its doors between 70 and 90 days a year, with an average capacity of 500 skiers, according to data provided to ATUDEM by the resort itself“.

ATUDEM also states that “the closure of the Navacerrada ski resort, the second oldest ski resort in Spain, will also be a loss for the tradition and heritage of skiing in Spain. The resort has not only boosted the development of the sport in the area, but has also

BEEN THE SCHOOL OF SOME OF THE BEST SKIERS IN OUR COUNTRY, LIKE THE FERNÁNDEZ- OCHOA FAMILY”.

“Ski resorts are essential economic engines in mountain areas, as they are the main driving force behind the hospitality industry, restaurants, shops, sports activities, sustainable tourism, etc.” continues the announcement.

#SalvemosEsquíNavacerrada (Let’s save Navacerrada Ski), is the initiative with which the Association concludes its official statement, as “we firmly believe in the revitalising role of this resort for the villages in the mountains, as well as its contribution to the cultural, social and economic heritage of the Guadarrama mountains“.