I Love Ski ®
Home News Freestyle Queralt Castellet wins bronze in the halfpipe in Aspen at the FIS...
Facebook
Twitter

After having failed in the first two rounds, the rider from Sabadell was able to pull off a third round that would give her a well-deserved bronze medal in the halfpipe World Championships in Aspen.

The snowboarder Queralt Castellet has excelled at the FIS Snowboard and Freeski World Championships in Aspen Snowmass where she has won the bronze medal.

Gusts of wind and lurking snow suggested taking risks in the first rounds in case the storm complicated the halfpipe conditions and visibility. However, Queralt’s first two rounds did not go well and she fell in both of them. The competition was getting tougher for her, as she watched the American from Long Beach, Chloe Kim, lay down her tricks in the magnificent Aspen halpipe as she went for the gold right from the start.

The American Chloe already proved her high level at the Pyeongchang 2018 Olympic Games, winning gold in halfpipe and two golds at the Snowboard World Championships (2019-2021). Therefore, getting the gold was impossible, but reaching the podium was not, nothing was lost. Queralt feels at home in the halfpipe in Aspen, as a matter of fact, she won a gold in the X Games there, thus becoming the only Spanish woman to do so, and all these factors have kept her hopes alive until the end.

The snowfall granted a break in the final round and Queralt Castellet has faced the challenge with an absolute command. She went all out in an ”do or die” battle. The gold was practically destined for the American and the silver was in the hands of Maddie Mastro with a final round of 89.00 points. The pressure for Queralt was enormous, but she showed an extraordinary maturity as a sportswoman and managed to excel in the third round.

Queralt Castellet: the wizard from Sabadell wins bronze in the halfpipe in Aspen

The magician from Sabadell has executed a round of six spectacular tricks: Drop in Switch, Switch back 5, Cab 7, Fs 5, Bs 9, Fs 9 L.

The first trick that the Spaniard landed, the Drop in Switch, made the difference against her rivals as well as her two final tricks: the back to back combo composed of a Backside 9 and a Frontside 9. 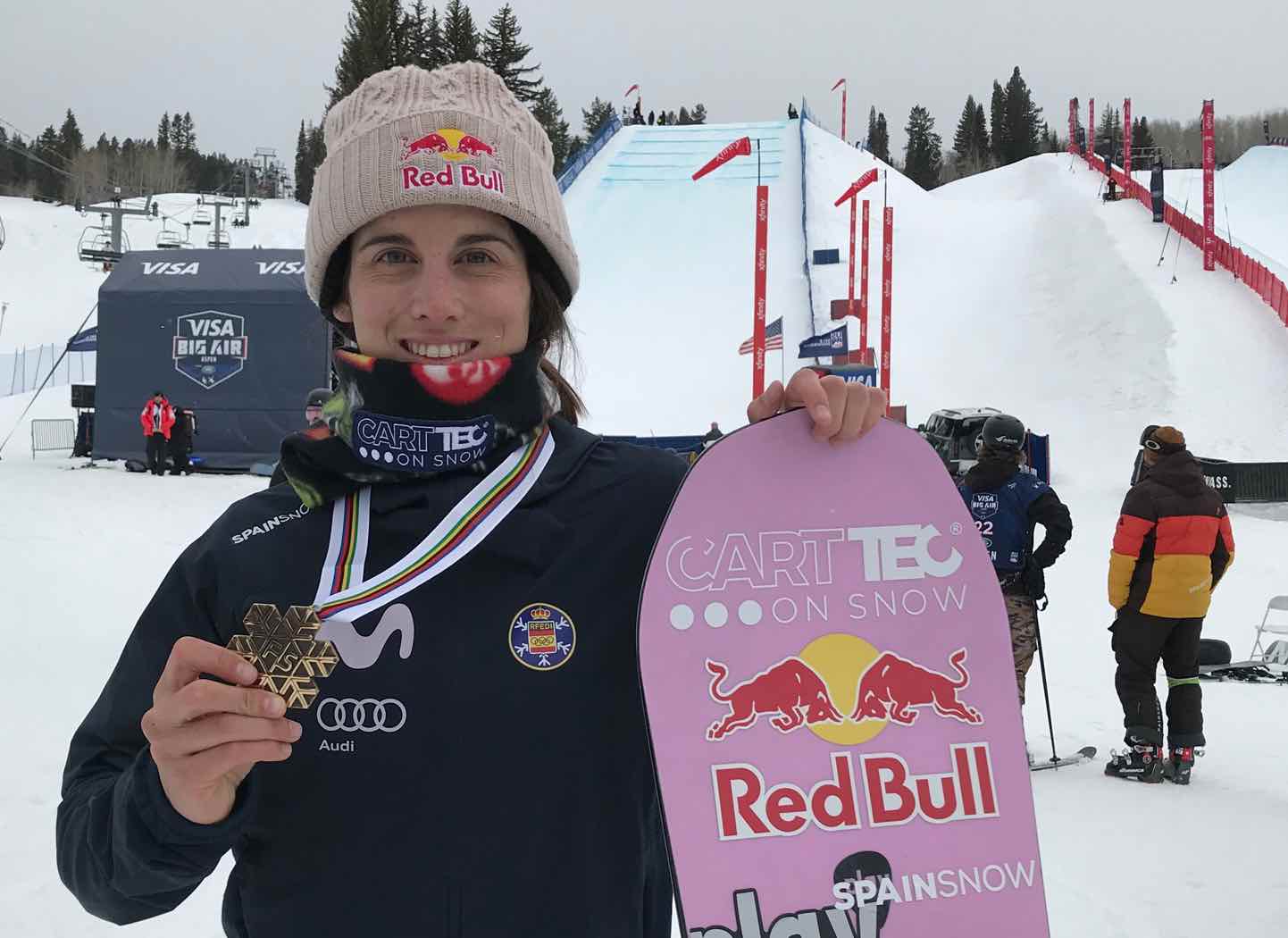 “I am THRILLED. Very happy, the truth is that it has been a very complicated and stressful final. I didn’t manage to nail the first and second rounds, so in the third and final round it was do or die”.”

“I started out practically shaking, but I knew I could do well. The pressure and nerves got the better of me, but I went for it and I’m very excited to have won the medal and made the podium in such an important competition, in a year in which everything is much more complicated“, she concluded excitedly. 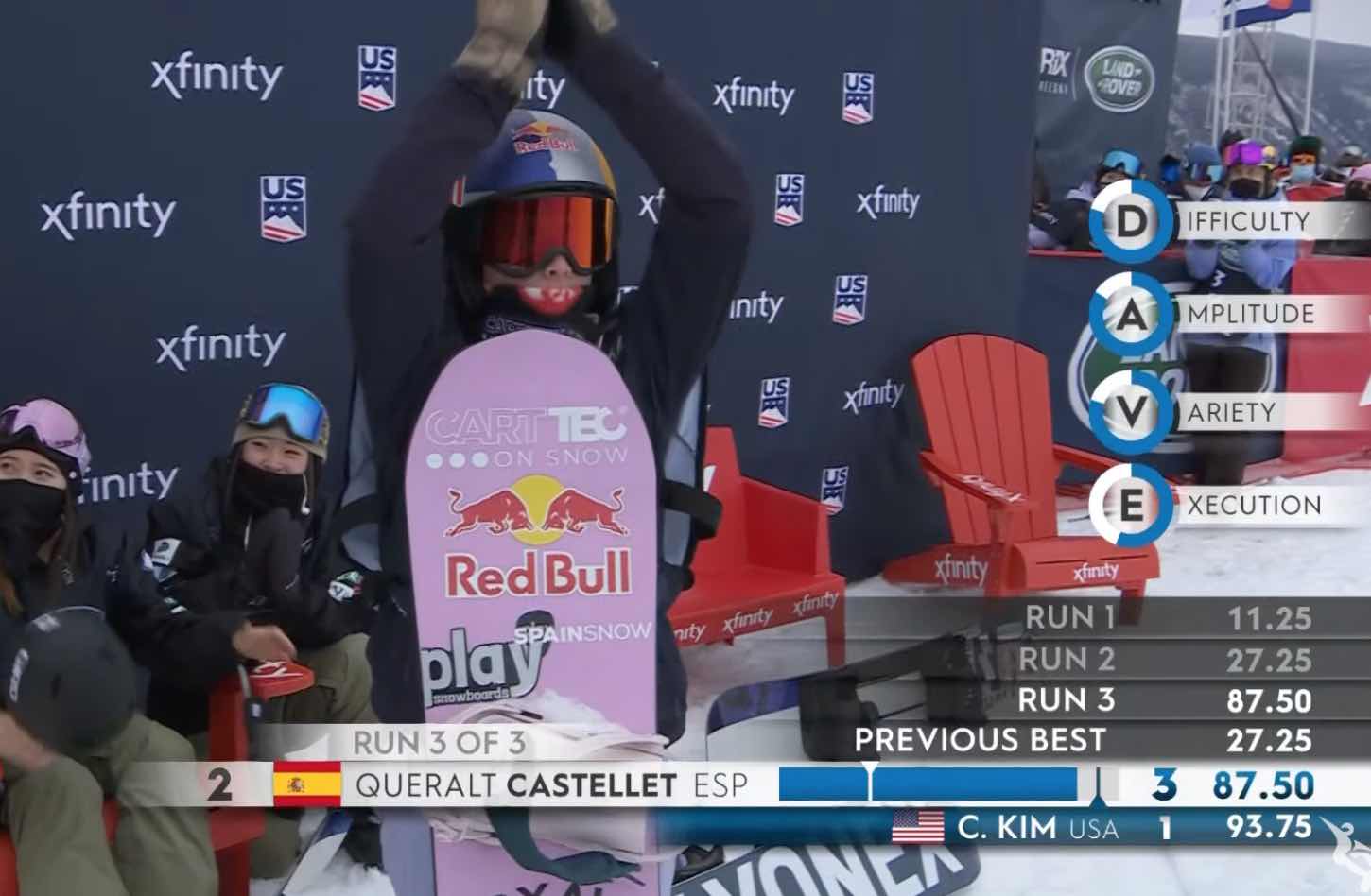 Gavarnie-Gèdre is full of novelties thanks to its 20-seater snow groomer...