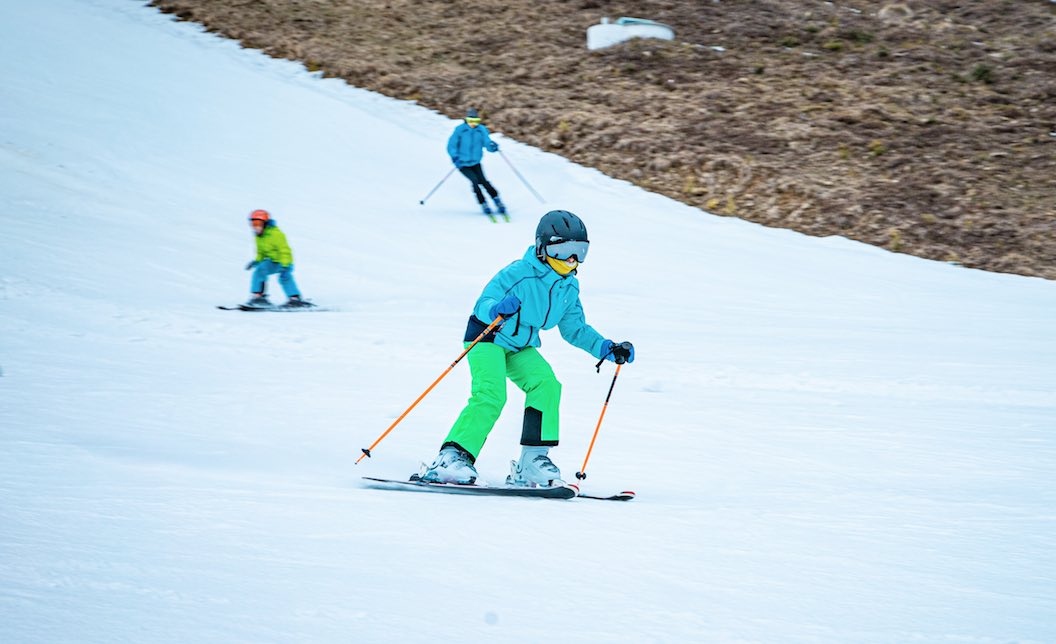 If you have ever wondered whether you will still be able to go skiing in 2050 with your children or grandchildren in the years to come…do not panic!

According to an expert in avalanche forecasting, Robert Bolognesi, “we will still be skiing in 2050”, despite the obvious signs of global warming.

This Franco-Swiss scientist, who has developed computer programs and algorithms capable not only of analysing but also of producing meta-reasoning and learning to predict future avalanches, states that skiing is not threatened in the mid-term. He later follows up this statement by saying that there will still be a fair amount of snow in areas above 1500 meters for a long time.

Bolognesi’s affirmation greatly differs from what most scientists are declaring about the global warming and its detrimental effect on the ice and snow mass in the world.

Therefore, where does his divergent disclosure come from?

The data shows that in both cases a winter warming over more than a century, but a cooling in January and February over the last thirty years, which is even amplified and truer at a higher altitude.

“ We cannot therefore claim, without qualification, that it is warmer in winter”.

How skiing and ski resorts can stand up to climate change

On the other hand, a 2016 study released by the Journal of Climate which based its data on the North American Regional Climate Change Assessment Program, states that alpine skiing could become an increasingly exotic activity due to the lasting effects of climate change.

This assertion is tied to the fact that the United States is expected to have 90 fewer days below freezing by the year 2050, each year.

Fortunately, snowmaking technologies are advancing rapidly and could ease some of the burden of weather-related volatility. Winter skiing could also become less important as resorts become year-round destinations and offer wider range of activities. Climate change also offers ski resorts the opportunity to shrink their own carbon impact by shifting to cleaner energy sources.

From cloud seeding to creating artificial cloud fleets, let us take a look at what ski resorts could look like in the years to come and what technologies will be used so that we can still enjoy this winter sport.

Cloud seeding, which is the name given to the act of modifying clouds to increase mountain snow cover, has been done in ski areas for decades. However, it was only proven to be scientifically effective last year. according to the CEO of Advanced Radar Co., Neil Brackin, a company that sells weather radar systems, it involves using generators to spray silver iodide into an icy cloud mass to turn water droplets into snow, which can potentially enhance snowfall by up to 15%.

“The generators of the future could have more precision and deliver more sophisticated seeding materials into the sky” claims Mr Brackin. “Cloud seeding programmes could cost ski resorts between $100,000 and $1 million a year” he adds.

Many of us have almost certainly wondered at least once in our lifetime, whether we would be able to create or move clouds so that we could decide where the precipitation would fall.

But there has been an investment of more than €1,8 million by an Austrian start-up named Neuschnee GmbH, that has taken this thought into a plausible reality to revolutionise the skiing industry. The company has developed an artificially recreated snow-making cloud, in a balloon-shaped chamber.

This would include a process of ice particles injecting into a wooden structure propped on steel rods and wrapped in nylon membranes that are then bound with water droplets to form up to 300 cubic metres of snowflakes a day, which is enough to fill a medium-sized truck.

The company is looking for new partnerships to continue the development of this promising project that ski resorts could use to give runs a natural feel and imagines a future where operators deploy fleets of autonomous artificial clouds.

And although this snow making system is quite new, and it has yet to prove its efficiency on big ski fields, the more these balloon-shaped chambers are demanded, the further development will be accomplished to increase its production capacity to become competitive with the existing snow guns.

Skiing in 2050 : snow guns that are becoming more efficient

With overall temperatures showing slow but steady increases every year, snow guns have been the leading agents that have saved many ski resorts over the years. We cannot predict with accuracy how much the climate will warm up over the years, some scientists predict that by 2050, global temperatures will have increased by up to 2 degrees Celsius; some others have even ventured into saying temperatures will rise up to an astonishing 6 degrees globally.

What we can predict however, is how efficient snow guns will become in the next few years. A recent innovation is the so called “Slegdehammer” made by Fairbank, which is able to convert twice as much water into snow for every hour as conventional machines, added to the fact that it can function more efficiently at warmer temperatures, for about half the price.

The way these snow guns work is with the vapour or steam colliding with what is called the “nucleator” – usually a pollen or dust mote – which transforms it from a gas to a solid. This means that it freezes, forming an ice crystal in the form of a six-sided hexagon: a tiny snowflake.

Eventually, this small crystal encounters more water vapour molecules, which adhere together and freeze. Gradually, this process turns into a nice network of ice crystals. The fully formed snowflake typically also has six sides, because the molecules are naturally bound to the hexagonal structure of the ice crystal.

So, whether or not Bolognesi’s statements are right about the cooling of the temperatures in the months of January and February in the last 30 years in the Swiss mountains, we can safely say that we will still be able to ski outdoors for many years to come, whether it be with our children or grandchildren. This is specially thanks to the fact that technology is advancing as fast if not faster than the current global warming we are experiencing as a society, and we skiers must be grateful for that.

Skiing is not doomed in 2050, and neither are ski fields, you can safely invest in new gear for your upcoming ski trips without the fear of not being able to use them in a few years!