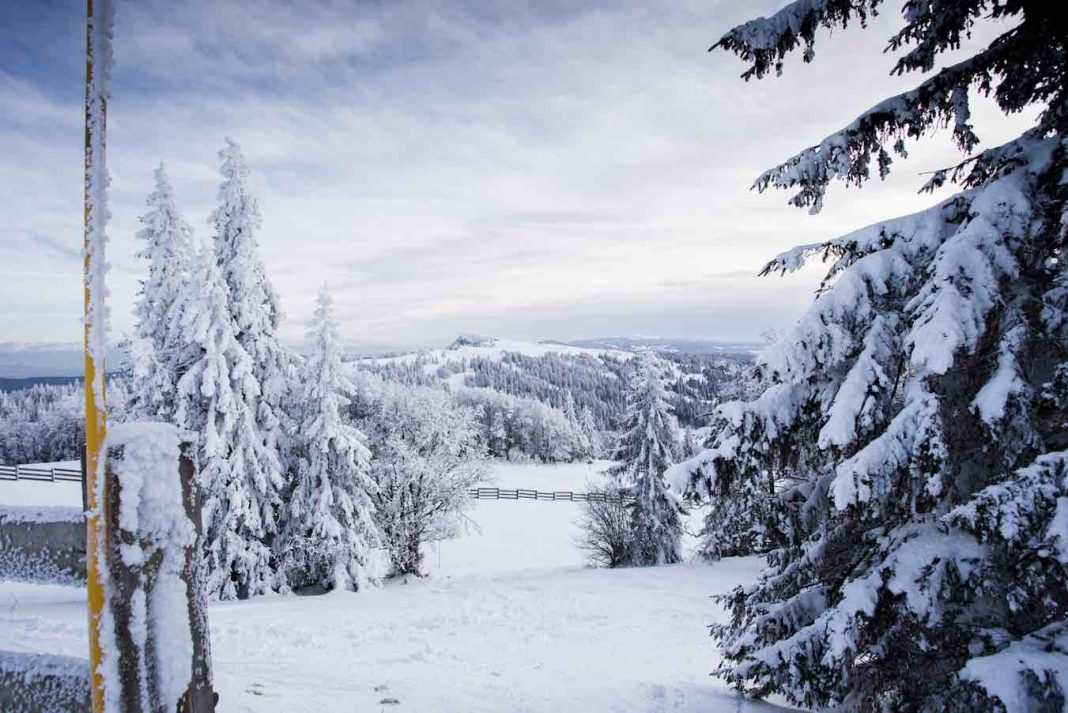 The ski resort of Métabief, located in the Jura region of France, claims to be a “responsible mountain resort operator”. A responsibility that the resort and the Syndicat Mixte du Mont d’Or accept on an environmental, social, and economic level.

In 2014, the Métabief station decided to create an Environmental Observatory. Over the course of 4 years, several naturalist explorations were carried out, making it possible to catalogue the natural habitats, flora, and fauna of the ski area. Dragonflies (odonates), butterflies (lepidoptera), amphibians, reptiles, birds (diurnal birds and nocturnal raptors), bats, and terrestrial mammals were observed between 2014 and 2019.

These records have been transcribed through a cartography of natural habitats and precise inventories of protected and/or endangered species in the Franche-Comté region.

The aim of this monitoring centre is to complete and update the state of knowledge relating to the biodiversity of the Métabief ski area.

Sylvain Philippe, Director of the station, confirms the interest of this observation centre:

“ THANKS TO THIS GLOBAL VISION OF THE ECOLOGICAL SENSITIVITIES OF THE SKI AREA, IT IS EASIER TO ANTICIPATE THEM AND INTEGRATE THEM INTO FUTURE DEVELOPMENT PROJECTS”.

This monitoring of the evolution of the biodiversity (habitats, flora, fauna) of the skiing area makes it possible to promote the ecological treasures of the ski area. ns

Several naturalistic field inventories have been carried out with GPS pointing of the observations made. This information was then mapped and digitally archived using a Geographic Information System (GIS).

An annual report of the observations is made to the SMMO and, if necessary, to the State services in charge of environmental preservation. A budget of between €15,000 and €20,000 per year (including tax) is allocated for this purpose.

For many years, the Syndicat Mixte du Mont d’Or has been gearing part of its Human Resources policy towards integration. It was therefore natural for it to turn to ADDSEA (Doubs Departmental Association for the Protection of Children and Adults).

This association, recognised as being of social utility, has set itself, among other missions of support and social aid, to carry out integration actions, enabling young people “in great difficulty”, aged between 17 and 25, to carry out a formative activity, which could lead to a job and a life project.

With a common will to offer new perspectives to these young people, a real partnership has been built between the association and the ski area operator. Supervised by a pair made up of a qualified technical instructor and a referent within the resort, about ten young people per season come to discover the mountain professions and, for some of them, to witness the birth of a career that they would certainly not have known without this partnership.

By its very nature, the Syndicat Mixte du Mont d’Or is a tool OF the Region, and FOR the Region.

“OF the Region” because its constituent members are the Doubs Departmental Council (CD25) and the Communities of Communes of the Lakes and Mountains of the Haut-Doubs (CCLMHD).

“FOR the Region” because the strategy and the resulting investments, largely supported by the CD25, aim to maintain the attractiveness of the Métabief resort, with the local socio-economic network continuing to live and prosper, irrespective of the seasons and changes in the climate.

The Espaces Naturels Sensibles (Sensitive Natural Areas) are remarkable sites for their biological and landscape diversity. Creation of these Areas was born out of the Department’s desire to compensate for reforestation, urbanisation, and human activities. Only sites noted for their environmental heritage (landscapes, fauna and flora that are rare or representative of the region) and open to the public (except in cases of extreme environmental fragility) can be considered as Sensitive Natural Areas.

The Mont d’Or site is a major site at regional level. Its natural heritage has been known since the 18th century, as evidenced by the first major floristic inventory dating from 1717. Moreover, the Mont d’Or Massif is an active mountain where humans have been present since the Bronze Age. It has been a place of life, a place of worship, a place of transit, a place of leisure, …

“Thus, the inhabitants of the Doubs and tourists will be able to discover the wealth and quality of these natural environments.”(Doubs Departmental Council, 2016).

A mountain in constant transformation, but with a natural environment that adapts, and which today offers an exceptional environmental mosaic in Franche-Comté. In order to better understand and reconcile biodiversity, tourism and agricultural and forestry activities on this site, the Syndicat Mixte du Mont d’Or is committed, together with the Department of Doubs, to the creation of a Sensitive Natural Area.