I Love Ski ®
Home News Advertorial In Val Cenis, reach the summits with a good dose of fun 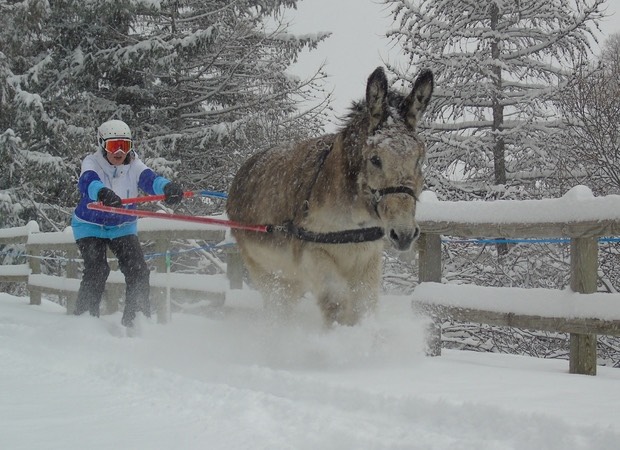 Lacking ski lifts, French mountain resorts are currently going through a difficult ordeal. But this is without taking into account the ingenuity of the mountain dwellers and their common sense to move forward and climb up the slope.

In Val Cenis, there is no intention of replacing the ski lifts when they stop, but rather an incredible desire to satisfy all those who cannot do without skiing. And to achieve this, the resort has adapted with … a return back to its origins and a good dose of fun!

In the absence of ski lifts, Yvan’s donkeys are used! Whether they are used as ski tows to go up the slope or harnessed for a towed ride, these Equidae, renowned for carrying heavy loads, prove to be very efficient on the snowy slopes.

While one member of the tribe holds the donkey at the halter to lead it, the others grasp two ropes attached to the animal. The strange convoy soon reaches the Val Cenis-Lanslevillard ski slopes and the famous l’Escargot green ski slope (the longest in Europe being 10 km long!).

The ascent of the summer road of the Col du Mont Cenis, in the middle of a beautiful larch forest, stops a few bends higher up. Depending on your level, several groomed trails allow you to go back down safely on skis (but of course the donkey has to be brought back!).

Skiing while being pulled by a horse

With the horse harnessed and the skis at your feet, you can let yourself be pulled along a circuit with soft reliefs, laid out in the middle of nature. Just a stone’s throw away from the village and yet alone in the world, with the Dent Parrachée as a backdrop, the unusual harnessing team links the loops with increasing ease. To share this moment, two horse-drawn carriages can drive in parallel.

Going up the l’Escargot run on ski touring…

This activity is, in Val Cenis like everywhere else this winter, booming. The biggest difficulty being… to find a pair of skis because the rental companies are facing a strong demand.

The resort offers 4 open and secure uphill and 4 downhill slopes. Whether contemplative or sporty, gain altitude at your own pace. The instructors can also accompany you to initiate you or to guide you in complete safety.

…or sitting on your bike 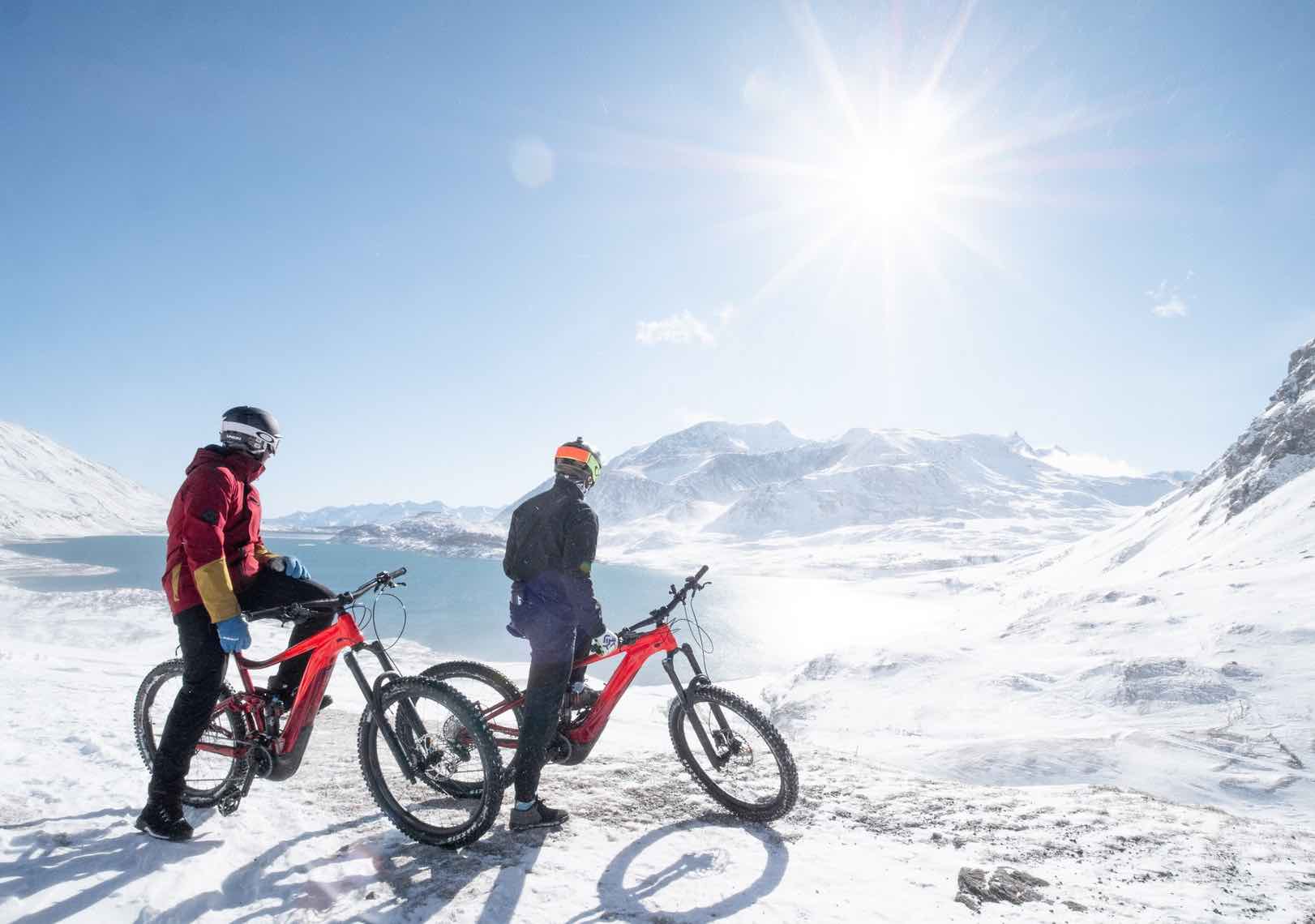 Another novelty this winter in the resort of Val Cenis!

The latter offers the possibility to ride up the green track of l’Escargot on an electric fatbike. A way to reconcile winter and summer with mountain bikes adapted to the snow.

A second life for the Mont-Cenis railway?

Known locally as the American, the Mont Cenis railway is a line that has now disappeared, which once linked the towns of Saint-Michel-de-Maurienne in Savoy and Susa (Italy) across the Mont Cenis pass between 1868 and 1871.

It was built from 1867 on the orders of Napoleon III, in order to transport passengers and goods, while awaiting the completion of the construction of the Fréjus railway tunnel between Modane (France) and Bardonnèche (Italy). It was also used for the All-Red Route, a mail service between the British Empire and its colonies in India.

In this very special season, the commune of Val Cenis offers an unusual way to get up the slope and join the new cross-country ski loop and the Escargot run… Thanks to the “Petit train de Val Cenis”, the resort has somehow brought this old facility back to life.

Every 15 minutes, this small train carries holidaymakers free of charge and directly from the Val Cenis-Lanslevillard town hall to the place called “Les Essarts”. A train which allows you to enjoy the slopes and the snow sports at the arrival. It is indeed possible to embark with cross-country skis, alpine skis or snowshoes.

At your destination in Les Essarts, all you have to do is put on your shoes to take advantage of the new Nordic track, or go down quietly on the l’Escargot track. « Like all the participants in the resort, the Commune has mobilised to propose new offers and new activities adapted to the situation » explains Eric Felisiak, deputy mayor of Val Cenis and member of the Board of Directors of the Tourist Office, « this Little Train is part of this mobilisation. It’s also a fun way to get around and get to the tracks! »