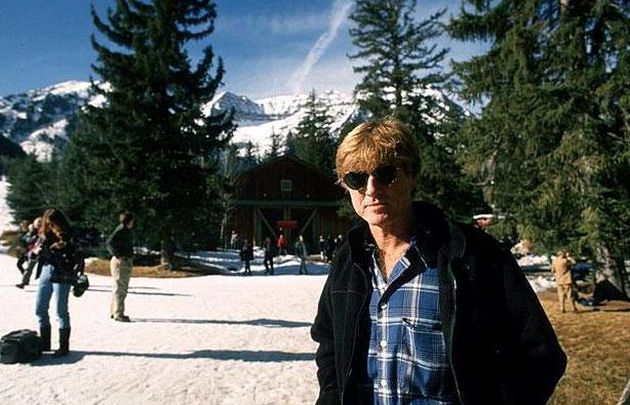 Robert Redford, the two-time Oscar-winning actor and director, has just sold the Sundance Mountain Resort, Utah’s luxurious mountain town in the middle of nature and it is considered one of the best destinations in North America.

The complex, founded by Redford more than 50 years ago, specifically in 1969, covers more than 2,600 acres and includes 1,845 acres of restricted land.

Redford announced this sale on December 2020 without disclosing the price of Sundance. The complex has been the actor’s home for decades but he claimed that this property weighed heavily on him in an interview. Thus, he has reached an agreement to sell the complex to Broadreach Capital Partners LLC and Cedar Capital Partners Ltd.

“Change is inevitable and for several years my family and I have been thinking about moving to a new property. We knew that at the right time and with the right people we could make the transition. Broadreach and Cedar share our values ​​and interests in maintaining the unique character of the complex, honoring its history, community and natural beauty. This makes them suitable to ensure that future generations can continue to find comfort and inspiration here” said the actor.

Cedar Capital Partners’ Benjamin Leahy says that companies are planning to improve the infrastructure at Sundance Mountain Resort, adding new ski slopes and a high-speed chairlift, among other big improvements.

What does this sale include

This sale includes all the assets of Sundance Mountain Resort. Additionally, the sale is the result of a long-term strategic plan designed to preserve and consolidate Redford’s legacy at the complex, including an ongoing commitment to responsible development and conservation of the land.

This way, resort buildings and accommodations, restaurants and food venues, ski lifts, eating places, and event spaces are included in the agreement. Besides, this sale does not affect Robert Redford’s participation in Sundance Institute and Sundance Film Festival, Sundance Catalog, Sundance TV or Redford Center. The complex will continue hosting workshops and events organized by Sundance Institute and Redford Center.

Robert discovered the terrain in 1950 when he was traveling by motorcycle from Santa Monica (his home town) to Colorado University. Later, he returned and bought two acres for $ 500 in 1961 from the owners, a family of Scottish shepherds who ran a ski rental business in Timp Haven.

Redford, who was married and having children by those days, built a cabin and started living with his family a mountain lifestyle when he began shooting the first films of him as an actor.

In the late 1960s, Redford funded a protest against investors who began to view the picturesque spot as a place to build expansive condominiums, but Redford wanted to “develop very little and preserve a great deal.”

Redford saw his newly acquired land as an ideal place for environmental conservation and artistic experimentation. Thus, in the late 1980s he built 95 cabins, eventually allowing the construction of more than 200 private houses, most of them nestled in trees.

In addition, since the 1990s, in one of the venues (in addition to Salt Lake City and Park City) of the film festival that bears the same name that he founded with Sidney Pollack.

Nowadays, Sundance offers an environment steeped in cultural heritage inspired by the Ute tribes that first inhabited this canyon. “Sundance is an arts community, a recreational community, a community of people who appreciate the beauty of nature and feel a responsibility to preserve it.” – Robert Redford.

“Our commitment to Sundance has always been to develop very little and preserve a lot.” – Robert Redford.

The Sundance Preserve is dedicated to maintaining the balance of art, nature and community as well as the cultivation of independent, innovative thought among artists, scholars, scientists, public policy and business leaders. Residing within the protected splendor of its own preserved lands, it is the mission of the Sundance Preserve to inspire action for the benefit of civil society.

In case you did not know this resort…

Sundance Mountain Resort is 8 miles from Deer Creek State Park and an hour’s drive from Snow Dance Ski Resort. In addition to world-class lodging and dining options, reservations include two free ski/lift passes per bedroom with each day of stay during ski season.

A resort committed to the environment

The General Store and Deli purchase environmentally responsible products such as recycled cotton grocery bags, organic cotton t-shirts and housewares made from natural and recycled materials. Furthermore, restaurant and catering teams use organic produce and products, as well as chlorine free products such as paper cups and coffee filters. Sundance utilizes many local vendors and recycle all packing materials on shipments to the resort.

A Green Building Policy guides all new development and remodeling projects at Sundance. For instance, the Spa at Sundance contains many environmentally responsible building products including low VOC paint, water saving devices, energy efficient lighting and heating, wallboard made from sunflower seed hulls and the use of Trestlewood – a lumber salvaged from the Great Salt Lake.

In addition, The Redford Conference Center features geothermal heating and cooling. 95 percent of the lights in the Redford Conference Center are LED or fluorescent. In place of traditional stain, 70 pounds of coffee grounds and 70 gallons of coffee were used on the building. Additionally, only three trees were removed to build the center and all rocks were re-used in landscaping.