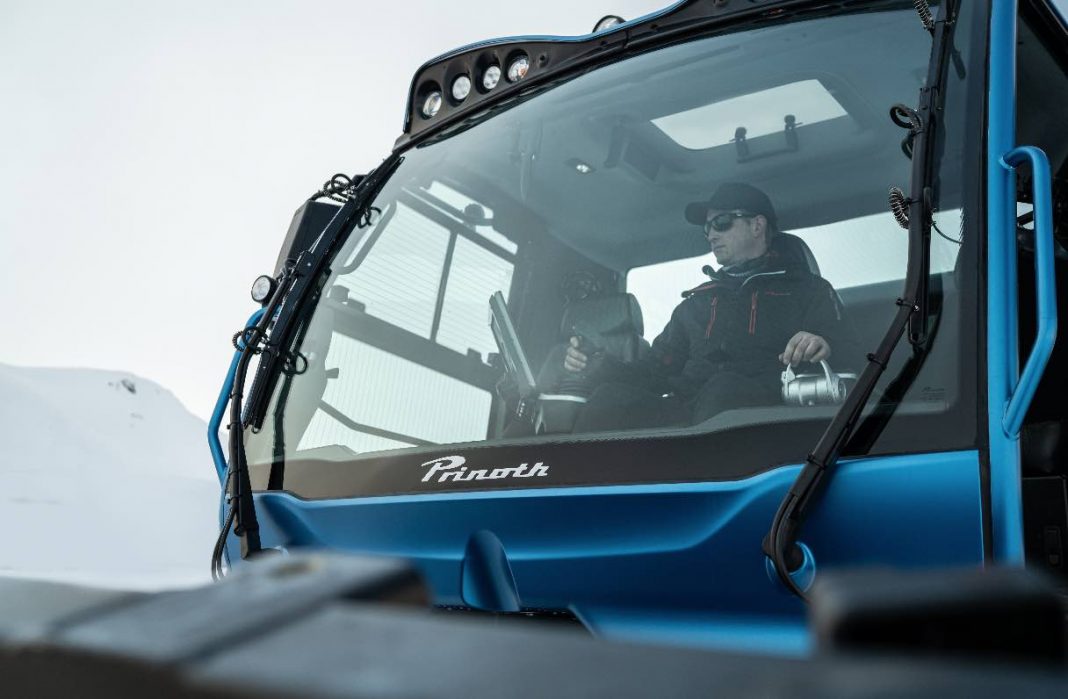 Until now, the operation of snow groomers has been inseparable from diesel. South Tyrolean manufacturer PRINOTH today declares war on fossil fuels and launches the very first hydrogen snow groomer.

Thanks to the new concept LEITWOLF h2MOTION, the manufacturer PRINOTH has achieved both a cultural turnaround and a world’s first. This is the first time that a vehicle equipped with a hydrogen fuel cell has entered the active test phase. Thus setting a future synonymous with sustainable development and saving resources for track management. Alongside the LEITWOLF h2MOTION, PRINOTH is also placing its latest fully electric model, the HUSKY eMOTION, on the starting line.

“Our group does not just talk about environmental protection, it adopts concrete measures with the production of renewable energies, the production and installation of wind turbines, the implementation of an electric mobility innovative for public transport and today the launch of CO2 neutral snow groomers “.

“For us, sustainable development is not just a slogan, it is a real commitment”

, said Anton Seeber, president of the HTI group, who defines PRINOTH as a pioneer in this field.

“Our PRINOTH development teams, with the LEITWOLF h2MOTION, have been able to combine ecological propulsion and unaltered power”.

“With this new model, we have succeeded in combining all the performance requirements by renouncing 100% fossil fuels”

, explained Klaus Tonhäuser, CEO of PRINOTH. A comparison with the LEITWOLF diesel shows that the new hydrogen version has not lost any of its brilliant technical characteristics. In terms of engine power, the new model with its 544 hp. (400kW) lines up easily with and could even exceed PRINOTH’s classic model.

One more step towards climate neutral operation of ski areas.

PRINOTH has created a new era in the preparation of slopes which will also have a positive effect on the overall ecological footprint of ski areas. Many ski resorts have invested, sometimes massively, for years in different areas of sustainable development. One such example is how the French ski areas have committed through a list of eco-commitments to achieving carbon neutrality by 2037.

In addition to energy production and the increased use of regional resources, environmentally responsible management of the trails on slopes is a priority. The LEITWOLF h2MOTION can be admired from December 20th and 21st  in Alta Badia, on the Gran Risa piste, where two races of the Ski World Cup will take place, Sunday and Monday.

The new E-model adds to PRINOTH’S offensive in the war against climate change and their goal for zero emission vehicles. In addition to the LEITWOLF h2MOTION, whose propulsion combines a hydrogen fuel cell and an electric motor, PRINOTH is also launching the HUSKY eMOTION, a new fully electric snow groomer model.

Thanks to them, manufacturing sends a strong signal of innovation in two of the most promising energy segments, by perfectly combining alternative technologies with demanding applications in sometimes difficult terrain.

PRINOTH is part of the HTI – High Technology Industries group. Our group