I Love Ski ®
Home News Meteo What is the difference between weather and climate? 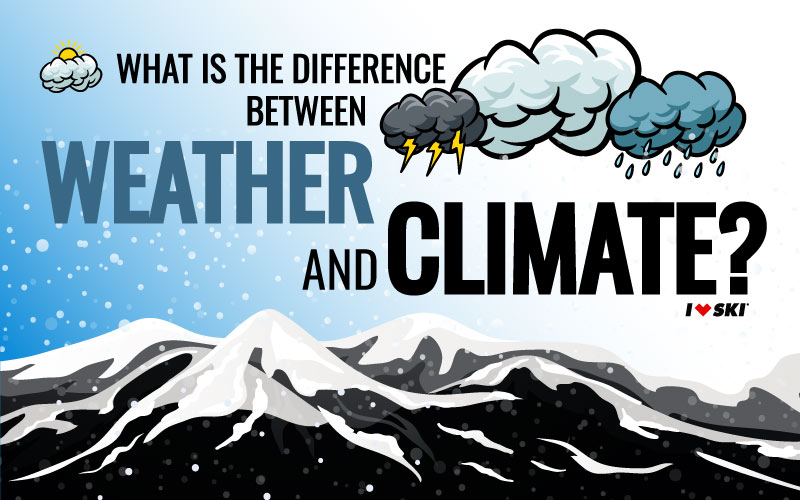 The difference between weather and climate is mostly a matter of time. The weather is what is happening and the climate is what is being predicted. Both climate and weather are linked to two different, but closely related sciences.

When we talk about weather, we refer colloquially to meteorological weather. The weather is the diagnosis or forecast of the meteorological event that will occur in a near and specific period of time, thanks to the current meteorological variables.

However, if we refer to the climatic characteristics of a specific area, for example: what is the climate of Madrid during winter? We will be evoking the set of atmospheric conditions characteristic of Madrid during a long period, such as winter. If you want to find out more about the differences between weather and climate, we suggest you read on.

Climate is the statistics of the meteorological weather averaged over a certain period. Climatology is the science that studies the climate and its changes over time. Its mission is to explain the functioning of the earth’s climate on a global and local scale.

Normally, the conclusions about the climate in a specific place, require the analysis of a period greater than 30 years in order for the results to be conclusive.

Climate analyzes the variations in climate changes that occur with the different internal and external agents of planet Earth, as well as the influence of human activity, mainly those related to the greenhouse effect and changes in the Earth’s climate.

We may think that climate science focuses on climate change, but it is not the case. Meteorology, oceanography and climatology are sciences related to physics, chemistry, arithmetic and also biology.

The evolution of climate science during the last few decades has been directly influenced by the evolution of theories, the qualitative and quantitative improvements in the observation tools and the modernization of these measurement tools.

Changes in the climate can be divided between those related to the natural processes of the Planet and the causes derived from human activity. The first ones are linked to the changes related to nature. For example, glaciations, produced by the change in the rotation and translation of the Earth. But also, more “recent” phenomena such as El Niño. 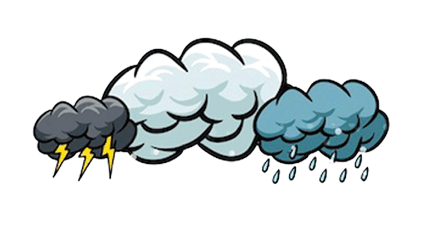 The weather is also known as meteorological weather or atmospheric weather, and it is the state of the atmosphere in a specific place and time.

The science that studies weather is meteorology. It is a science of the branch of physics that studies the atmosphere, as well as its transient phenomena and conditions. Our Planet has a very dynamic atmosphere, where there are continuous changes of state.

Knowing the weather for one or more specific days in a specific place is extremely useful for humanity. The weather, in its many forms, directly influences the production of goods and services both in the primary, secondary, and tertiary sectors. Agriculture, livestock, fishing, leisure and tourism are just some examples of sectors that constantly adapt to variations in the weather.

The main factors that determine the weather are temperature, wind, humidity, atmospheric pressure, visibility, different types of clouds and precipitation. Meteorology also analyzes the causes and laws that govern these meteorological phenomena, in a given period of time.

The latitude from the tropics causes the angle of the sun to vary from one point to another on the planet, and this explains the differences seen when these phenomena are studied.

The great contrast of temperatures existing between the air of the tropics and the poles, causes the jet stream to be pronounced, generating changes at an atmospheric level over the planet.