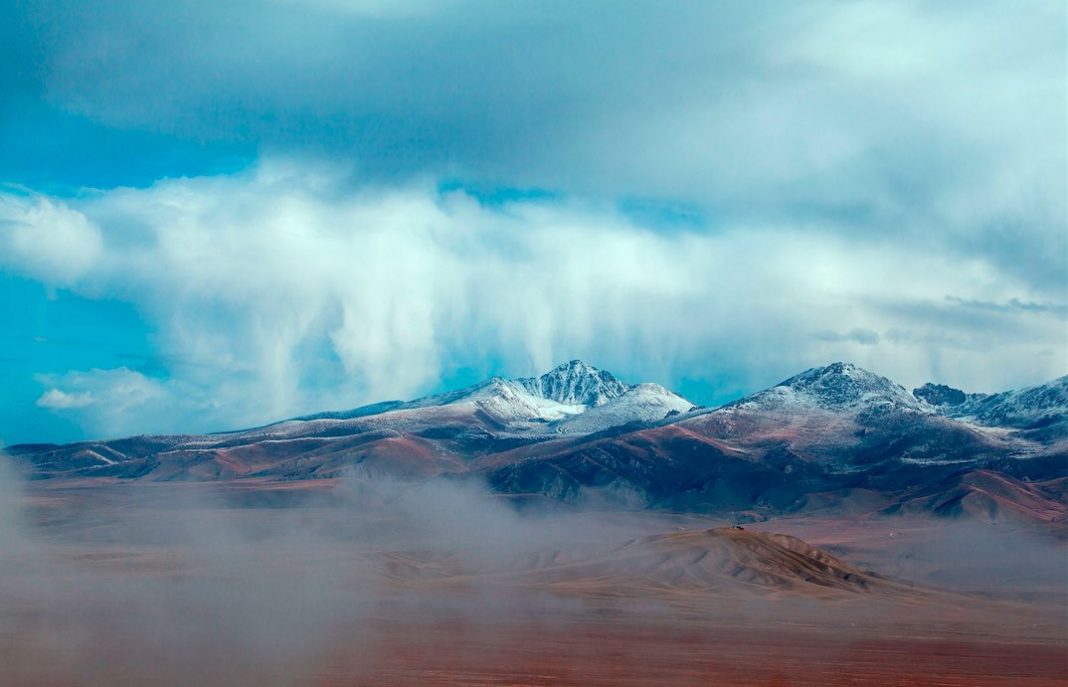 The vast majority of the world’s population has seen snow in their localities at least once. However, there are some places in the world where it never snows and whose inhabitants have not had the joy of seeing the snow fall. In I love Ski, we want to show you some of these paradises. Can you figure out what places are we talking about?

Snow forms when the atmospheric temperature is equal to or lower than zero degrees Celsius. But it does not only depend on the temperature, it is also necessary that there is a certain amount of humidity in the air so that snow flakes form and descend from the clouds.

Locations near the equator have pretty high temperatures, which means there is not snow (that is why we also know it as white gold). In tropical places, we will only find snow in high altitude areas. Generally speaking, countries that are in the tropics, or between 0 and 23.5 degrees latitude, receive very little snow near the sea level.

It never snows on this Caribbean island that belonged to the Kingdom of Spain until the Spanish-American War in 1898.

This hot country (which doesn’t belong to the United States) features magnificent palm trees, white sands, and stable temperatures of 23-28 degrees Celsius year-round. It is a paradisiacal place for many, but it has never seen natural snow in its territory.

However, every year they see artificial snow fall on their heads during the Christmas celebrations in one of the most famous shopping centers in the country: Plaza de las Américas. We will leave you a video here so you can see what we mean:

Sahara Desert could actually see the snow on its dunes

Some of the warmest countries on Earth, like Kuwait and Egypt, can experience miraculous and unusual snowfalls from time to time. This is the case of the Sahara Desert, where although temperatures are very high, images of snowfall like the one in January 2018 occur exceptionally.

In the video you can see how the dunes around Aïn Séfra, Argelia, were covered with a beautiful white layer.

We didn’t want to end the subject of saharian snowfall without letting you know the photographer’s name, thanks to whom we can enjoy these beautiful images today. The amateur photographer’s name is Karim Bouchetata, and his Instagram profile is @kaaarimo. We recommend that you take a look at it, it has spectacular photographs of paradises like this one!

About 40 cm of snow fell from the sky covering the city called “the gateway to the desert”. As you can see, there are places in the world where it is difficult to imagine the precious white gold falling, but it is not impossible.

However, if you are looking for the places where snow does not ever fall, we have to move to South America or the South Pacific. Are you coming on the trip? Follow us!

Venezuela is located next to Colombia in South America. It is a hot place generally. The country is home to rainforests, savannas, cities and wetlands, and is a tourist hotspot for those who like adventure. It also hosts a bit of the Andes in its southwest corner, which made it an attractive spot for alpine skiing in the 1960s. However, global warming has caused the sport to disappear from Venezuela, and it is now said that snow does not stay longer than 24 hours in Pico Espejo, which was once a quite famous ski destination. This means you might see snow falling if you go up to the heights of Venezuela, but your snowman will have a short life.

According to online reports, Vanuatu has never seen snow in its living memory. If the beaches of this island nation in the South Pacific have seen white gold, no one remembers it. Vanuatu is famous for being an incredible natural paradise for its tropical climate, its paradisiacal beaches and its active volcanoes. It is home to many subsistence farmers who live in villages, and it is also a tourist destination and an exporter of beef, cocoa and timber.

In fact, seeing the idyllic image of this paradise island that we show you. We would not think that snow can fall here.

Fiji is another tropical nation paradise in the South Pacific Ocean that has most likely never witnessed snowfall. Filled with sun and palm trees, Fiji has been the backdrop for numerous seasons of the popular TV show Survivor, a fact that has drawn more tourists in recent years.

Fiji is made up of hundreds of small islands that are located over New Zealand and eastern Australia. Plus, it’s packed with activities such as golf, diving, fishing, surfing, etc. Their main exports include sugar, molasses, fish, coconut oil, and gold.

Tuvalu is the third country in the South Pacific that has never seen snow. This tropical location is hot and humid with an average annual temperature of around 86 degrees Fahrenheit (about 30 degrees Celsius) and little variation in weather other than been rainier from month to month.

Most people who live in this country depend on their own production and fish collection from the ocean to eat. They also depend on imported rice and other food.

Tuvalu faces a unique challenge as a nation: it is home to about 11,000 people, and due to global warming, it is said to be sinking into the ocean. Rising sea levels threaten the future of this paradise nation!