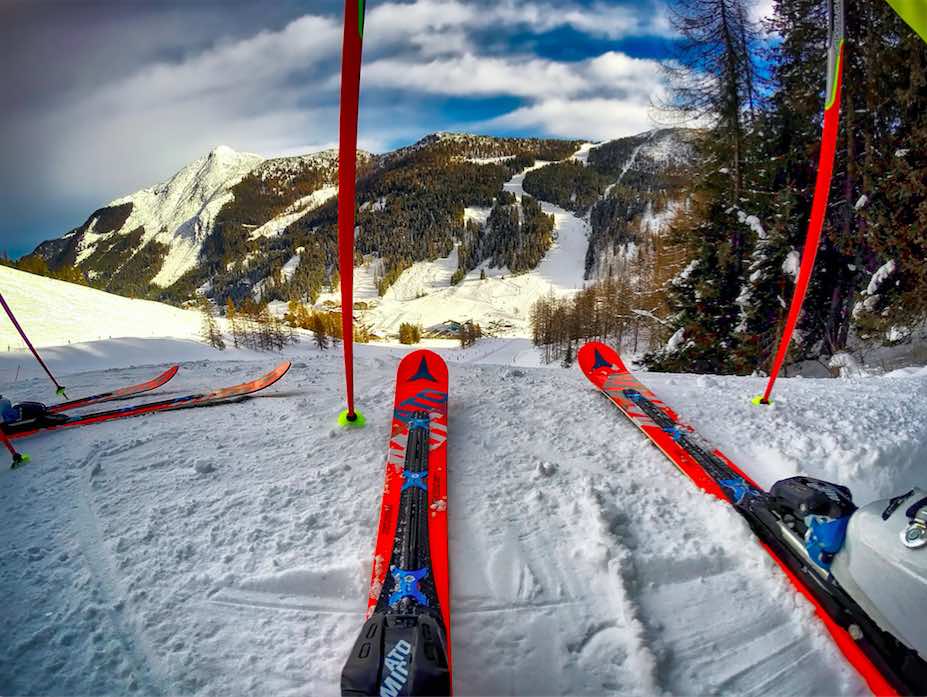 Today, Monday, November 9, the International Guinness World Records Day is celebrated. Here at I Love Ski, we have put together a compilation of the most incredible Guinness world Records in the world of skiing. You are going to freak out at some of these ski speed records!

1. Gordon Precious and his record at 94

Gordon Precious set a new Guinness World Record in 2019 as the oldest person to practice heli skiing. This 94-year-and-306-day-old man was taken by helicopter with his guide to one of the peaks of the Cariboo Mountains (Canada) for an off-piste descent. It has to be noted that Gordon is an experienced skier who has practiced skiing all his life. But, thanks to this descent, he has managed to dethrone Stan Friedberg, the North American who won the record in 2018 at the age of 91.

2. Guinness World Record for the fastest speed while being pulled by a car

At the age of 51, the British skier Graham Bell managed to register himself in the Guinness Book of Records in 2017. Graham chose the Arjeplog test track in Sweden (a frozen lake found in the Arctic Circle) and a 300 hp Jaguar XF Sportbrake with four-wheel drive as his partners to achieve his record. The skier managed to reach 189.07 km / h on his skis and beat the world ski speed record (the previous record was at (112.65 km / h).

Elias Ambühl rose in 2017 as the fastest person in the world skiing backwards. To be registered in the Guinness Book of World Records Elias reached a velocity of 131.23 km / h,  dethroning the Norwegian Anders Backe (who had reached the ski speed record of 128.7 km / h in 2013).

Nick Symmonds is a North American sprinter who has been runner-up in the world of 800 meters and is a two-time Olympian. Nick, at 34, managed to beat Max Wilcocks and his record (14.09 seconds) of the “100 meters sprint in ski boots“, finishing in 13.71 seconds and becoming a world record.

This Guinness World Record was set by the Italian Ivan Origone in 2016. Ivan, was already listed as the world’s fastest man on the snow. He wore a suit that gave his body special aerodynamics to be able to achieve higher downhill speeds with less drag while braking. Check out the video we’ve left for you, and get ready to flip out as much as we did looking at this skier. You should not miss this ski speed record!

A picture is worth a thousand words. For this reason, we think it best that you to watch the video that we’ve left you below. You will see how in 2016, 130 Finnish skiers managed to travel 120 meters all attached to the same pair of skis and win the Guinness World Record title.