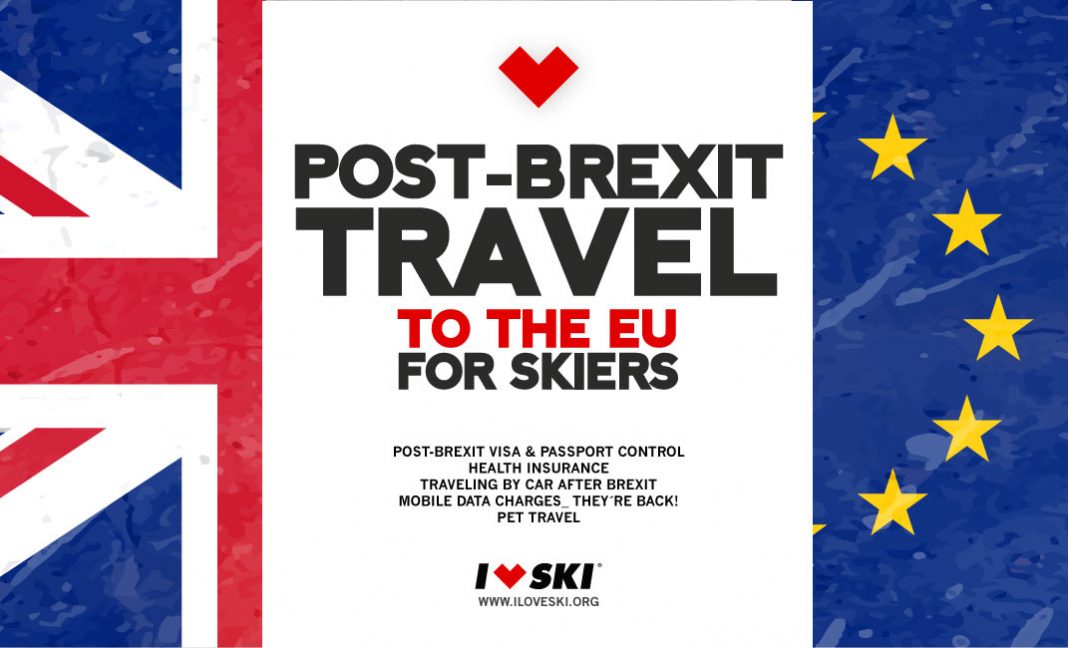 Since 2016 Brexit has been bubbling up and now that it’s here it’s most likely to be a “no-deal” Brexit. The January transition is creating a lot of uncertainty in the minds of holiday goers and some of the first that are going to experience this are skiers. So, what are the kinds of new challenges that UK skiers are going to face post-Brexit when crossing the channel to France and the rest of the EU?

In this article we’re here to help you tackle things like, passport issues, ski insurance, pet control and other Post-Brexit difficulties that skiers and snowboarders are likely to face as you enter the European Union in this year’s ski season. Read on! 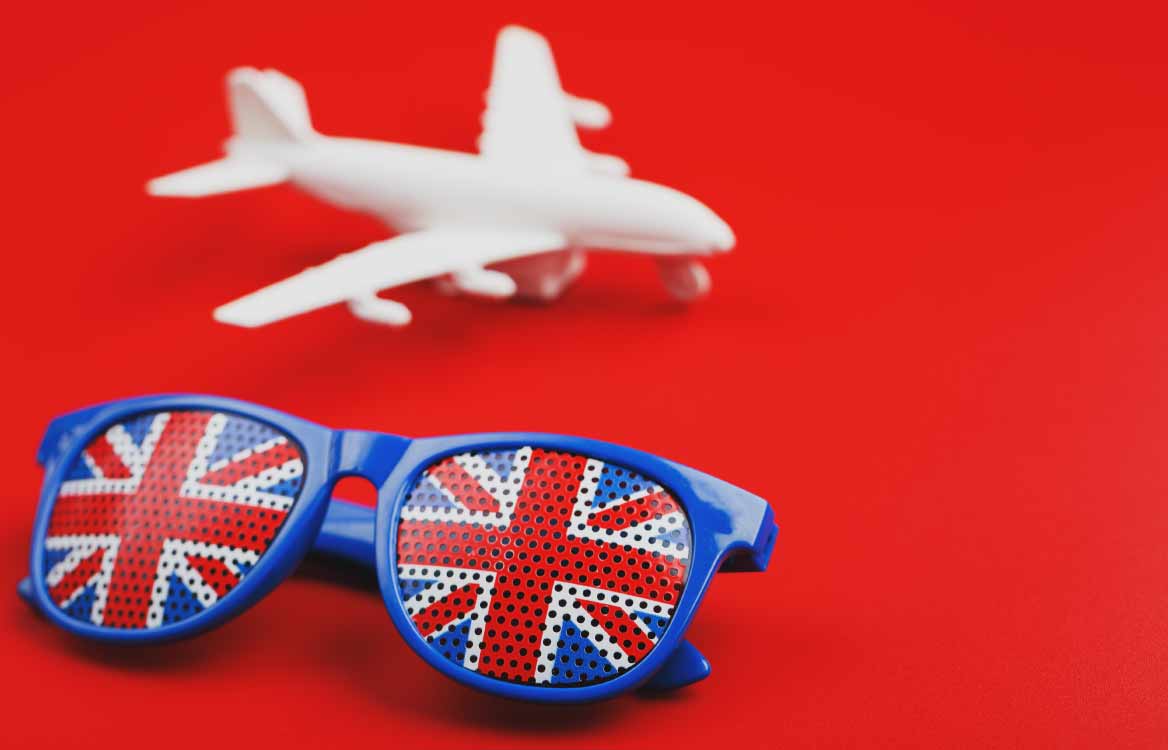 Two essential items for foreign travel for all UK travelers after January 1st are going to be their passport and a visa.

Fortunately, regarding the latter, one of the few agreements that the UK and EU have been able to agree on during the Brexit talks is that UK visitors will not be required to need a visa for travel in France and the rest of the EU for a stay of up to 90 days in any 180-day period. Good news. There will be more to come.

Your passport must be up to date

It’s very important that if you want to go skiing this winter season that you check both of these passport requisites:

For your passport to be valid for EU entry, it must have at least 6 months left on it. This is a common requirement amongst border controls especially when traveling further abroad, and now, unfortunately, also for travelers leaving from the UK to ski the European continent.

What should you do if you do find that you need a new passport?

Skiers, don’t worry if you find you need to renew your passport, you still have time. The UK government estimates that it takes around 3 weeks to get a passport renewed. Although some sources have recently said that this process may need as long as 6 weeks. So, start the process as soon as possible to be on the safe side.

Passport renewal is cheaper to do online than in an office and the official government website says that a new passport will cost an adult £75.50. You can check out a fill list of passport renewal fees here. 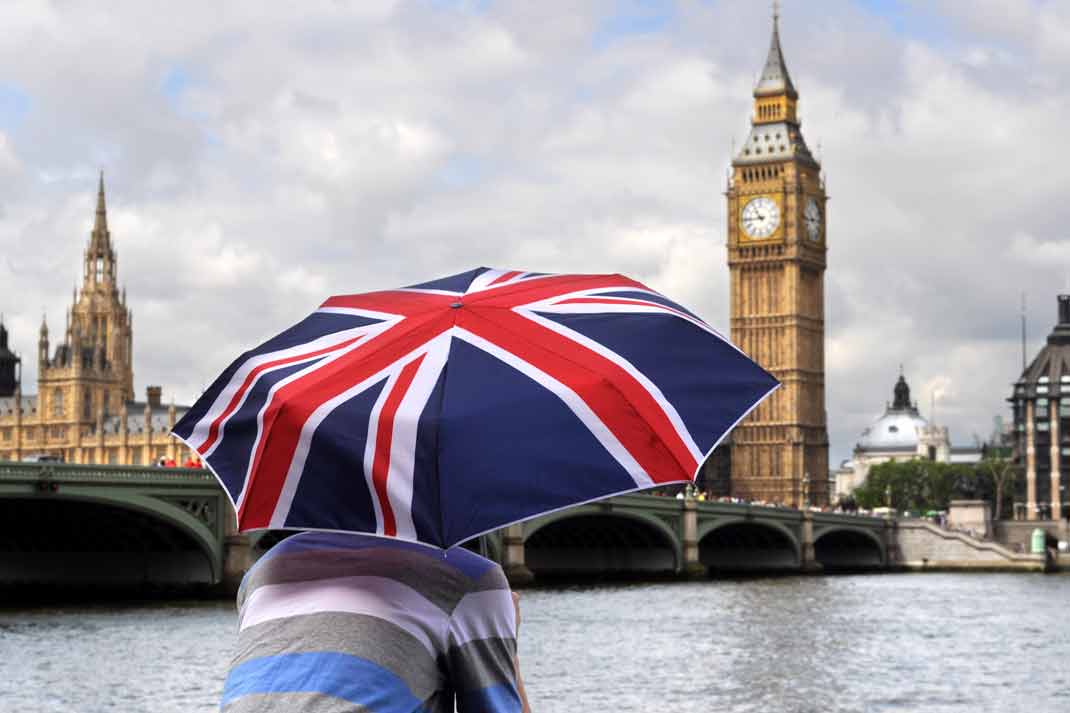 To mark their exit from Europe, the UK administration have decided to change the look of the British passport. Ironically, the government have chosen blue, the same colour as the EU flag, as their new colour. So, owners of the newest passport will be saying bye to burgundy and hello to a more Brexit blue.

Curiously, the new post-Brexit blue passport will be manufactured by a French-Dutch company, Gemalto, and not the British company De La Rue, that has been making the Burgundy versions until now.

Adding more colors to the equation, the home office have said that this will also be the “greenest” passport ever made, as it will have a carbon footprint of zero. They have achieved this with a tree planting initiative which offsets the new blue passports production.

Burgundy passport holders, be assured that all valid passports are still acceptable for travel use, until their expiration date.

Need to renew your passport?

Skiing is an extremely fun sport and generally not very dangerous. However, some accidents can happen and for this it is highly recommended to contract health insurance when traveling to the slopes.

Pre-Brexit, British skiers and snowboarders traveling to France and the rest of Europe have been able to use their European health insurance Card (EHIC). The card meant that you were entitled to the same medical benefits as residents of that state. In France, for example, the national healthcare system, although not free, is heavily state subsidised, and so guarantees lower treatment costs if needed.

Post-Brexit travel solution: protect you and your family

The solution to the loss of the EHIC for ski enthusiasts is travel cover for winter sports.

For Post-Brexit skiers winter sport travel cover is essential as most standard travel insurance will not cover any accidents caused while you are on the hills. Adding winter sports cover to your ski travel insurance will generally cover the following: skiing, Snowboarding, Cross-country skiing, Ice skating, and sledging.  However, other skiing activities that are little more dangerous whilst often not included can be requested. These may include: snowmobiling, off-piste skiing, freestyle skiing and competitive skiing. 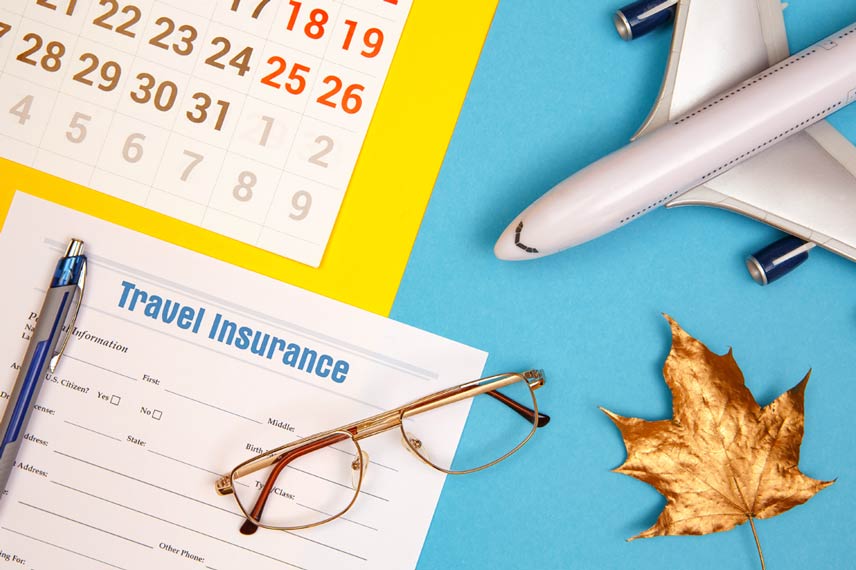 Winter sport travel insurance needs to be tailored to you needs

No two insurance companies are the same. There will always be slight variations between them. For this reason, it is important that you ring or email your insurer to have them tailor your ski insurance to your needs. It is also always recommended to get the policy in written form, just in case anything might go wrong.

The kinds of things any post-Brexit explorer is looking for with a good ski travel insurance are:

Ski travel insurance cost: how much will this cost me?

The good news is that there are a lot of travel insurance companies available. They also offer a wide range of prices. Our investigation shows that one skier, going to France, for one week can be insured from £18.83 to £80.90.

Although these would be base rates and any changes to the policy would surely drive up the costs, you can see that these prices are not going to break the bank. We recommend using an insurance comparison website to make sure you get the best prices and policies for you trip.

One other thing, it is worth noting that alcohol consumption voids almost all policy coverage. So, be sure to keep those trips to the bars apres-ski and not avant-ski.

Driving: Traveling to ski resorts by car after Brexit

It is a common enough journey for skiers and snowboarders to make from the UK to the European continent. France, being the first stop, can be reached by either ferry or Eurotunnel. Some good news is that both services will continue to run after Brexit. The Eurotunnel insists that “whatever form Brexit takes” business will be as usual. They have the added protection of the treaty of Canterbury, signed by both France and the UK, and means that, even after Brexit, they will “facilitate as frictionless travel as possible through the Tunnel up until 2086”. You can get your tickets to use the Eurotunnel here. 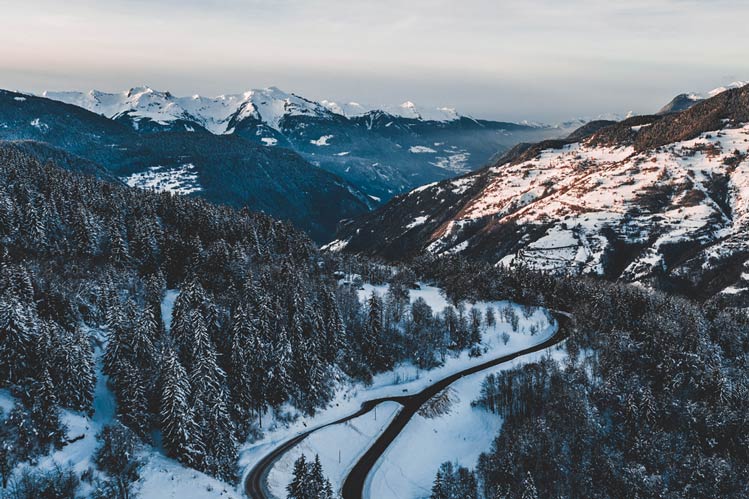 Now that you know that you can get to France by car post-Brexit, are you allowed drive there? So far, no agreement has been made regarding the acceptance of a British driver’s license in Europe. Therefore, it would be best to assume the worst. There is a solution though: The International driving Permit.

An International driving Permit, just as it sounds, will let holders drive legally through up to 150 different countries, and most importantly get you through any necessary check points and to those French slopes. Although It might sound like yet another headache, it is actually easy to get and also quite cheap. An International driving Permit can be picked up over the counter at a Post office branch and will only cost £5.50. You can use this link to find your closest branch.

The list continues, bear with us, we’re almost done!

Well, maybe. Most likely. In 2017 the EU voted to abolish mobile roaming charges with their plan Roam like at home (RLAH). Post-Brexit Britain will most likely see the re-introduction of special tariffs on data and call use of mobile phones once a user leaves the British Isles even if it’s only to France. Taking into account how much people use their mobile phones nowadays, this will have an impact on your monthly bill.

All is not lost; a new law has been introduced in the UK to help protect consumers. The law limits the cost of roaming charges, anywhere in the world up to £45. Not great to be honest, but hopefully, charges won’t be that expensive. 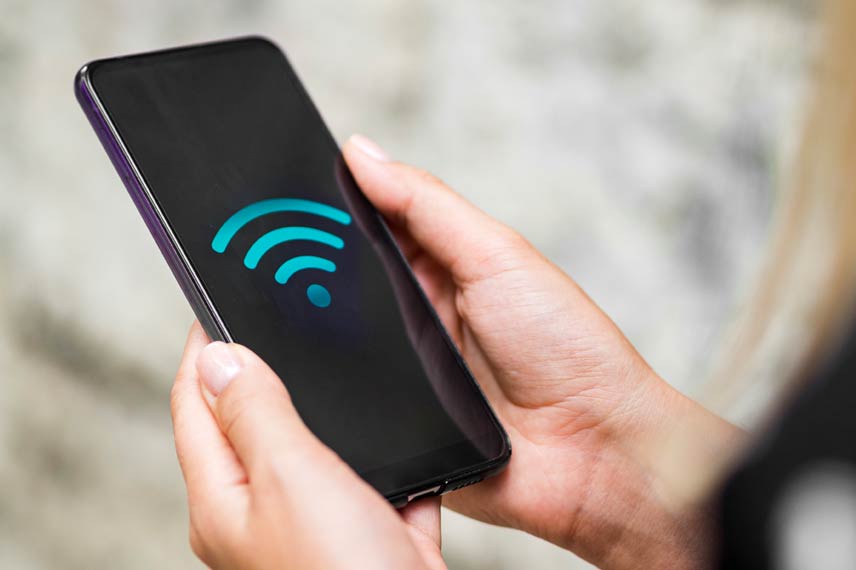 That way your Instagram photos of the breathtaking French Alps, and hero shots of your downhill runs will still be captured and shared with all of your very jealous friends.

Last but not least, pets

One member of the family, probably your favorite, who might have to stay with a friend this winter season is your pet. Pet passports are going to need to be revised after January 2021. This process takes at least 4 months and so any new passport won’t be ready until April 2021. 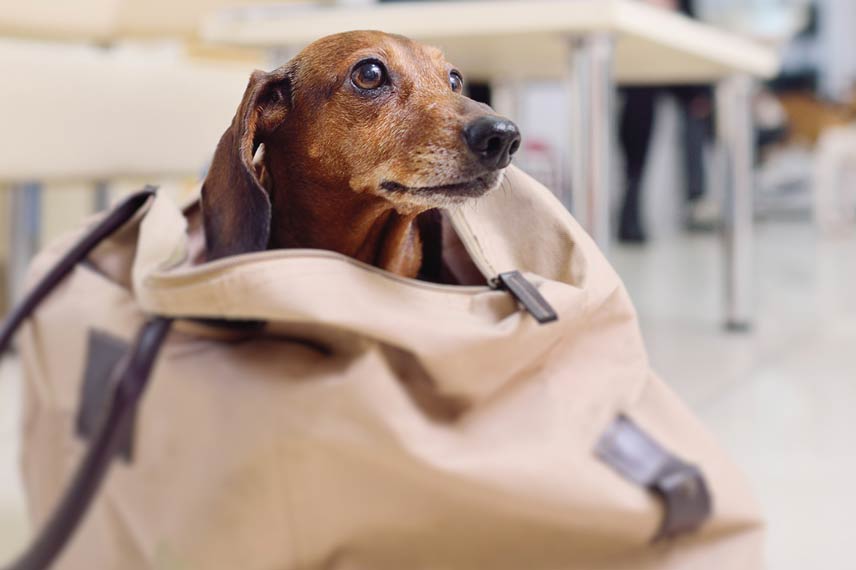 The EU has a Pet Travel Scheme that has 3 categories: unlisted, part 1 listed and part 2 listed. Where the UK ends up on one of these lists will determine how many tests your animal will have to have before entering the European Union.  But, seeing how long it’s taken the EU and UK to come to a “no-deal” Brexit, it’s unlikely that the two administrations will come to an easy consensus on how to proceed any time soon.

We’ve covered what will likely be the biggest factors that influence travel to France and the rest of the European Union for skiers in post-Brexit times. They are important, especially when considering where UK skiers like to do their skiing. According to the annual consumer research by the Ski club, UK winter sports enthusiasts spend 86,6% of their time on European slopes. A whopping 48,1% of that is on French trails. 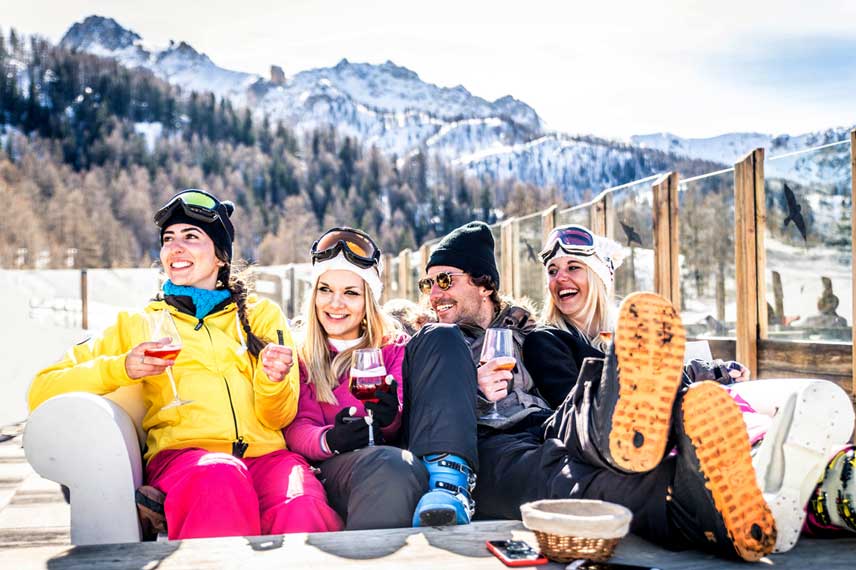 To sum up everything that we’ve covered, we’ve made a small check list to help you organise yourself before booking that chalet with friends and family: