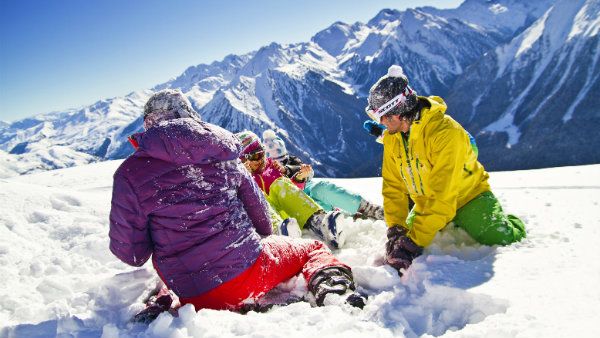 This winter, the star of the Pyrenees will undoubtedly be Font Romeu Pyrénées 2000 station, located in the Eastern Pyrenees. A true moment of glory for the station, partly linked to the passage of Gloria storm, which left an abundant snowfall.

Almost two meters of snow in a few hours in the eastern town of the Pyrenees. The station should have a “record season, particularly in terms of billing”, says Jacques Álvarez, director of sales and communication for the Altiservice group stations.

Snowstorm Gloria and other snowfalls at the beginning of the season were particularly favourable for snowmaking at Font Romeu Pyrénées 2000 and Cambre d’Aze stations, whose development has been supported by this group since this winter.

“The snowfall was not identical between the Hautes-Pyrénées and the Eastern Pyrenees. Currently, Saint-Lary complex benefits from very good snow conditions for the month of March. A very positive situation, especially since the station will be open until on April 13”, said Jacques Álvarez.

The weather changes, but it is not perceived in Altiservice stations

“The cold periods have been very short this winter, but we are getting a positive result compared to last year. We have reached this point thanks to the knowledge of the equipment, including snow production and preparation. At the height of the season, 480 people worked for Altiservice group stations”, adds Jacques Álvarez.

Several external phenomena will have marked the season. The day of the national strike had a slight impact on the seasons, as well as snowfall and high winds during the last week of the holiday that generated two days of closure in Saint-Lary, on February 27 and March 3, and one day of closing in Font Romeu.

“To date, we do not feel the negative effects of coronavirus. As proof, we registered almost 3.300 skiers this Monday at Saint-Lary station”, confirms Álvarez.

Cambre d’Aze station should end the season with very good results. “We started very well, to have a record season. We were fine until February 3. Unfortunately, the closure of national route 116 has resulted in losses of up to 20%. This closure had a very strong impact on Cambre d’Aze station, which receives many customers who spend the day. A phenomenon that we have seen less in Font Romeu Pyrénées 2000, because customers who have booked do not hesitate to make the detour”, says Jacques Álvarez.

A situation that should be highlighted especially when the media and mountain detractors focus on the impossible survival of small stations. Cambre d’Aze is the perfect counterexample.

A 10% growth in Internet sales growth in Altiservice stations

The stations of Altiservice group registered a 10% increase in Internet sales. “We see that customers consume more on the Internet or through our MyAlti loyalty card. Compared to last year, we sold fewer packages for pedestrians, but this is related to the fact that we had less snow last season. As soon as there is snow, people ski. Snow activities have progressed well”, concludes Jacques Álvarez.

The group has registered an increase in complementary activities to skiing. In Font Romeu Pyrénées 2000, Nordic skiing has increased by 20% compared to last year. Snowtubing has also risen by 10%.

Currently, Altiservice group continues its development, with the aim of signing new contracts. Being an important player in the panorama of French ski resorts, the group once again demonstrates its dynamism and good health. Figures that benefit the mountain areas, since for every 1€ spent on ski lifts, 7€ are invested in the territory.