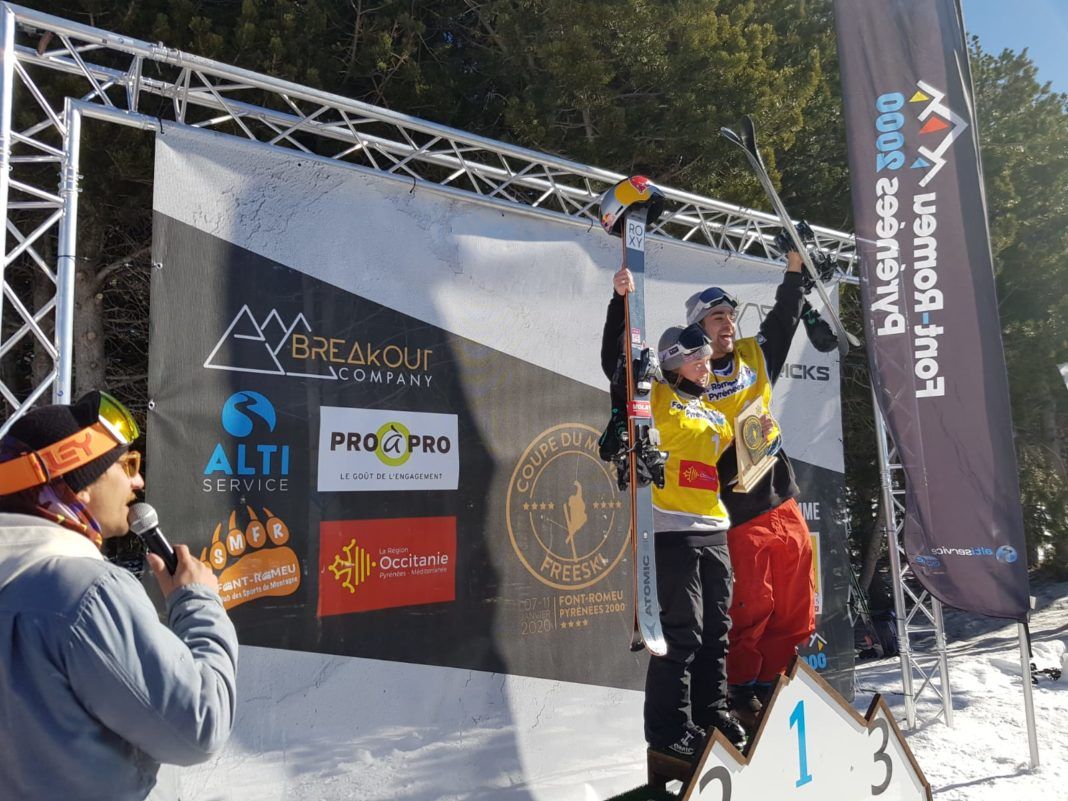 The winter sports competitions of this new year 2020 begin with the freestyle world cup after some exciting days.

All contestants had two days of extensive training to familiarize themselves with the track on which the competition would be held. The circuit used is in Font Romeu, in the French Pyrenees.

Font Romeu’s track proved to be the perfect choice for this world cup. Its great unevenness, three big jumps and its obstacles have paid off, as they helped the skiers make the most impressive maneuvers, providing all the emotion necessary for the expected sporting event.

Most of the results were decided during the first round of this competition, as few skiers managed to sifnificantly improve their score. The exception and one of the biggest surprises, for better and worse, was that of the French Tess Ledeux, champion of the competition, but not without some inconveniences.

In the first round, this young Frenchwoman impressed as expected in the first obstacles, until after a jump one of her skis went unhooked, which forced her to stop with the consequent loss of score. It is difficult to determine to what extent the responsible was a hypothetical boot defect or if it was a fall with the heel after an obstacle jump. The surprised face Ledeux made said more than a thousand words.

However, in the second round she made an impeccable race that undoubtedly deserves gold in this competition with a score of 81.25, a drastic improvement over the 34.70 of the first round. It is the third time that Ledeux is crowned at the Font Romeu station after the consecutive victories in the 2016/2017 and 2017/2018 competitions.

The two remaining positions of the women’s podium are held by the two Swiss women. In second place is Giulia Tanno, who won the first round with a 78.70 and set the bar very high for the rest of the competition.

Her compatriot Sarah Hoefflin takes the bronze home. Despite being one of the favourites of the competition, the Olympic medalist gets only the third place in the competition with a score of 74.95.

A first time for Hendrickson

The winner of the men’s competition was Mark Hendrickson. It always comes as a surprise when one of the least known skiers in a competition wins, but from the first round Hendrickson made his intentions clear with his 86.30 after an impeccable race.

In the second place there’s the Swedish Tjader, almost with the same mark as the young Canadian winner, with a score of 85.70.

Cody Laplante, one of the youngest contestants with just 17 years old, also climbed to third place, also almost touching the previous ones with a score of 83.45.

The competition between the men was very hard, because there were twice as many competitors as in the women’s section, and among them some well-known names from last competitions such as the Swiss Andri Ragettli, one of the favorites that stayed in fourth place, and the quartet of Scandinavians Ruud, Braaten, Harlaut and Nummedal.

An ideal environment for the competition

Font Romeu station is consolidated as an ideal place for this type of competitions.

Its circuits are ideal to get the best out of the participants and to generate a whole show for those who watch the competition from outside.

This World Cup has been very exciting, the best possible way to start the new year of competitions under the winter sun of the Pyrenees.