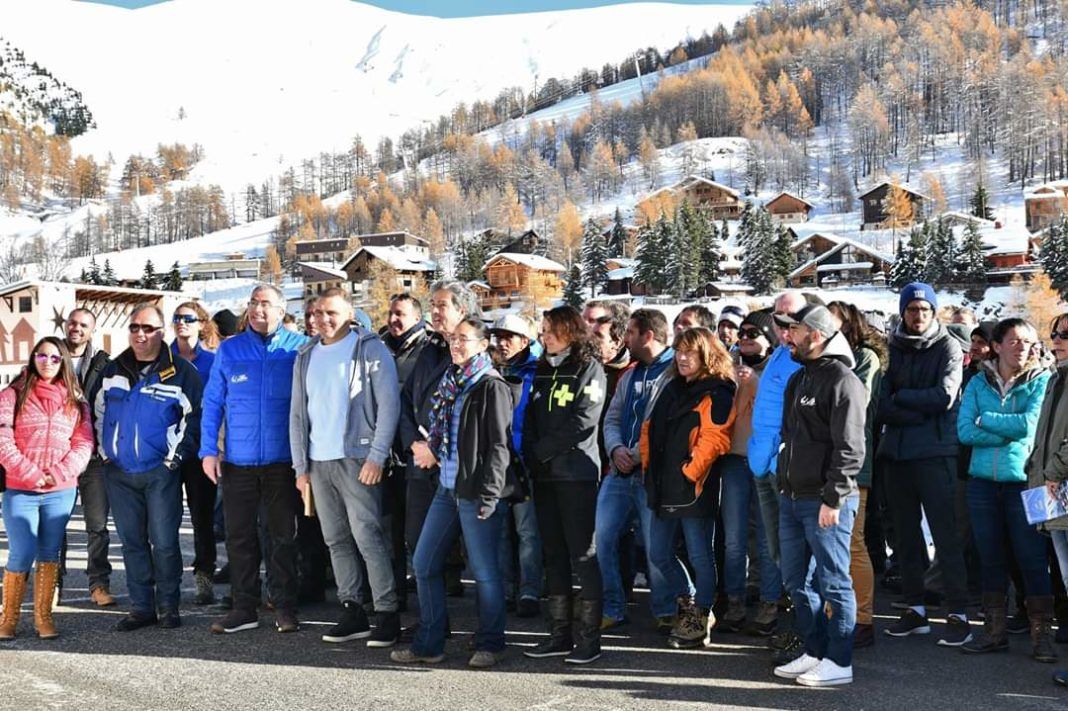 For one more season, rugby is invited to the mountain to share its most valuable sports and human values. Raphaël Ibáñez attended Vall d’Allos station on December 3, during a staff training day

Rugby’s values as an example

Sport’s values in general and rugby’s in particular are a usual example. Many businesspeople like Gérard Bracali, director of Val d’Allos station, ranks them highly in their corporate values. But what are we exactly talking about? What are the values uniting rugby and ski?

Team spirit is almost certainly rugby’s main value: the team is nothing more than the sum of its parts, the team matters more than the individual player. Nobody wins a game on its own, and the same goes to an enterprise. It’s essential to rely on other team members or co-workers. This is even more true in the ski industry, where employees must face very complicated situations together: lack of snow, heavy snowfall, accidents on the slopes …

The second value defended by rugby is respect: to the opponent, the ball, the rules and the referee. It is through this acceptance of the other, of the limitations, that the ski domains of Val d’Allos associate rugby values with those of a ski station.

Respect for the client and the limitations of the weather are essential values for the proper functioning of a ski station.

In rugby and sport in general, solidarity is found in victory, as well as in failure. There’s always a team achieving more or less points than their opponent. In a ski station is the same dynamic. It can only function thanks to the solidarity of the different services available: for example, the lifts allow the opening of the station and the lifts only are useful if they function in opened slopes. All services are interdependent with each other for a common goal: customer satisfaction.

Solidarity is one of the main values of Val d’Allos station, both internally and externally. Proof of this is the presentation on this training day, of the approach between the Val d’Allos station and the Gréolières les Neiges station. Marion Luigi, director of the Gréolières station, was also present on this training day to explain to the 150 participants the close links between both stations, as well as the implementation of the new concept of Solidary Communication by I Love Ski.

For a rugby team to advance in a coordinate manner and develop the perfect tactic, the abilities of all members of the team must adapt to their corresponding position, consistent with the other teammates’ ones: speed, strength, individual technique, endurance … To achieve that, you must train hard, often in difficult conditions … You can’t fear the effort.

This relationship with effort is found, obviously, in ski stations, where working conditions can be hard due to the meteorology.

Same say they’ve found their “third half”. Other will speak about the coexistence. The fact is that ski stations are created on a history of women and men with their personalities and social skills. Good relationships between station staff are reflected in the one with customers. The latter come to find a place to practice skiing, but also an environment, an atmosphere that only people can provide.

In sixteen years on the highest spot of French rugby, Raphaël Ibáñez has become the third most recruited player in the history of the French rugby selection, after Philippe Sella and Fabien Pelous; participating in 98 international matches, 41 of which as captain.

Always a carrier of these values, he passes them on to the corporate world, helping the employers apply them in their personal and professional lives.

“Rugby’s values feed each other. We ask Raphaël Ibáñez to come and share his experience and values because we consider them fundamental for the good functioning of the station. Being from the southwest, I’ve always been in contact with these rugby values and I think the can help us go forward together, improve our daily life and create more kindness between the employers”, assures Val d’Allos director, Gerard Bracali.