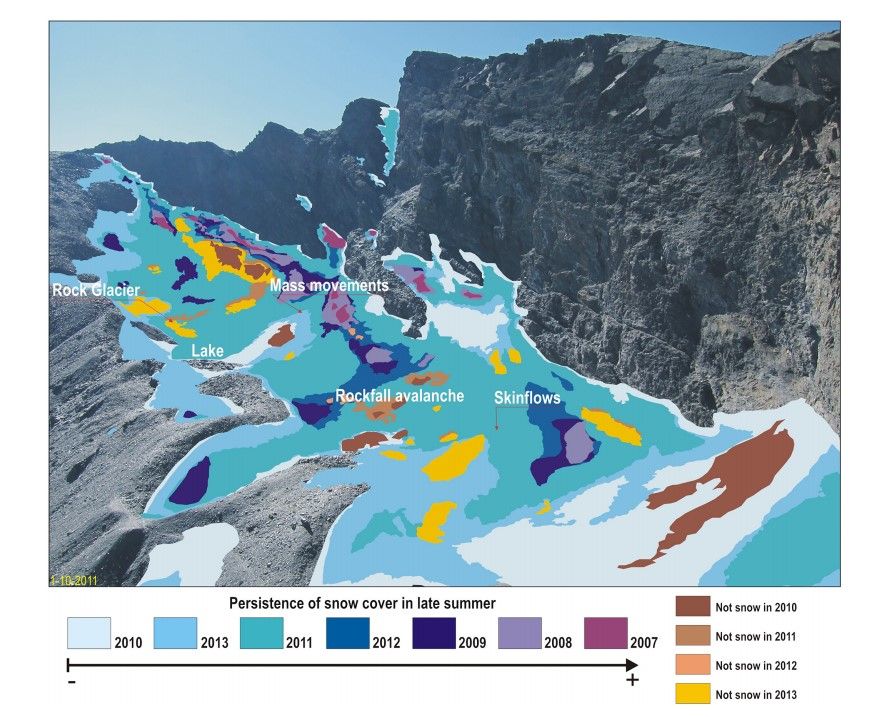 A little over 37 degrees latitude, Sierra Nevada can be considered as the southernmost massif in Europe to have housed glaciers. Of these previously mentioned glaciers remains a relic in the Corral del Veleta, its rocky glacier.

In search of glacial remains by the south of the Peninsula, Obermaier (1916) conducted the first major study on glaciers in Sierra Nevada.

In the study, he placed different glaciers of the Quaternary Period on the peaks of the Sierra, in places such as Mulhacén, Veleta, Lanjarón or Monachil. He established a minimum altitude for these of 1900 meters on the north slope and 2100 meters on the south slope. He also comments that the Sierra is home to a residual glacier from the Little Ice Age, which on its forehead has walls up to 6 m high.

Illustration: Glaciers of the North Slope of Sierra Nevada, according to Obermaier (1916)

In order to corroborate the existence of glacierism in Sierra Nevada, we can look back in the texts. Because of the fact that the Sierra is visible from the city of Granada we find quotes like the one of Murillo Valverde in 1752: “The Sierra Nevada is between Granada and the Mediterranean Sea: called this way because it never lacks snow in what they call the Picacho del Veleta . There is so much abundance in the most rigorous of the Estio, as in the iciest of winter. ”

And it shouldn’t be forgotten that, in the past, the mountains were providers of ice and snow for cities, either accumulated in snowfields or stored in snow wells. In the summer it was used to cool food and drinks as well as for medicinal uses.

This also applies to Sierra Nevada, as Fernández Navarrete recounts in 1734: “That’s where nature made a perpetual well, where all the snow from the year is provided not only a city so populated, but it is also taken from there to other parts of Andalusia without a fear of running out of it”.

The Veleta glacier, which Obermaier was talking about at the beginning of the 20th century, had to disappear in the middle of the century, according to Doctor A. Gómez Ortiz, geographer and professor at the University of Barcelona.

This glacier was reduced in size until the remains of “fossil” ice that had to be traced back to the period of the Little Ice Age stopped moving.

And it happens that the reduction in size that ice masses have experienced since the mid-eighteenth century is obvious and can be corroborated in other mountain ranges such as the Pyrenees or the Alps.

This glacial retreat leaves vestiges like the Glacial Lagoons as a consequence. These are formed due to the materials deposited at the lower end of the glacier, after being transported by ice. There are currently a total of 74 glacial lagoons in the Sierra, which can be identified at www.lagunasdesierranevada.es, a participatory project that tries to keep track of the evolution of the lagoons and their impact on climate change. 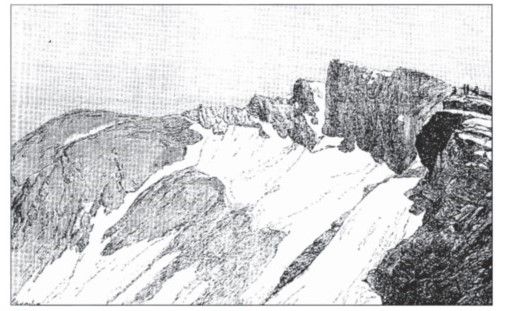 The second half of the 20th century, mostly the 70s and 80s, were especially cold and snowy. For this reason, there used to be many snowfields during the summer.

This can be verified due to the fact that between 1966 and 1999 (the year in which the Sierra Nevada National Park was declared), the highest road in Europe was opened. It passed right next to the top of Veleta and crossed to Capileira, and it could barely be used a couple of months a year. 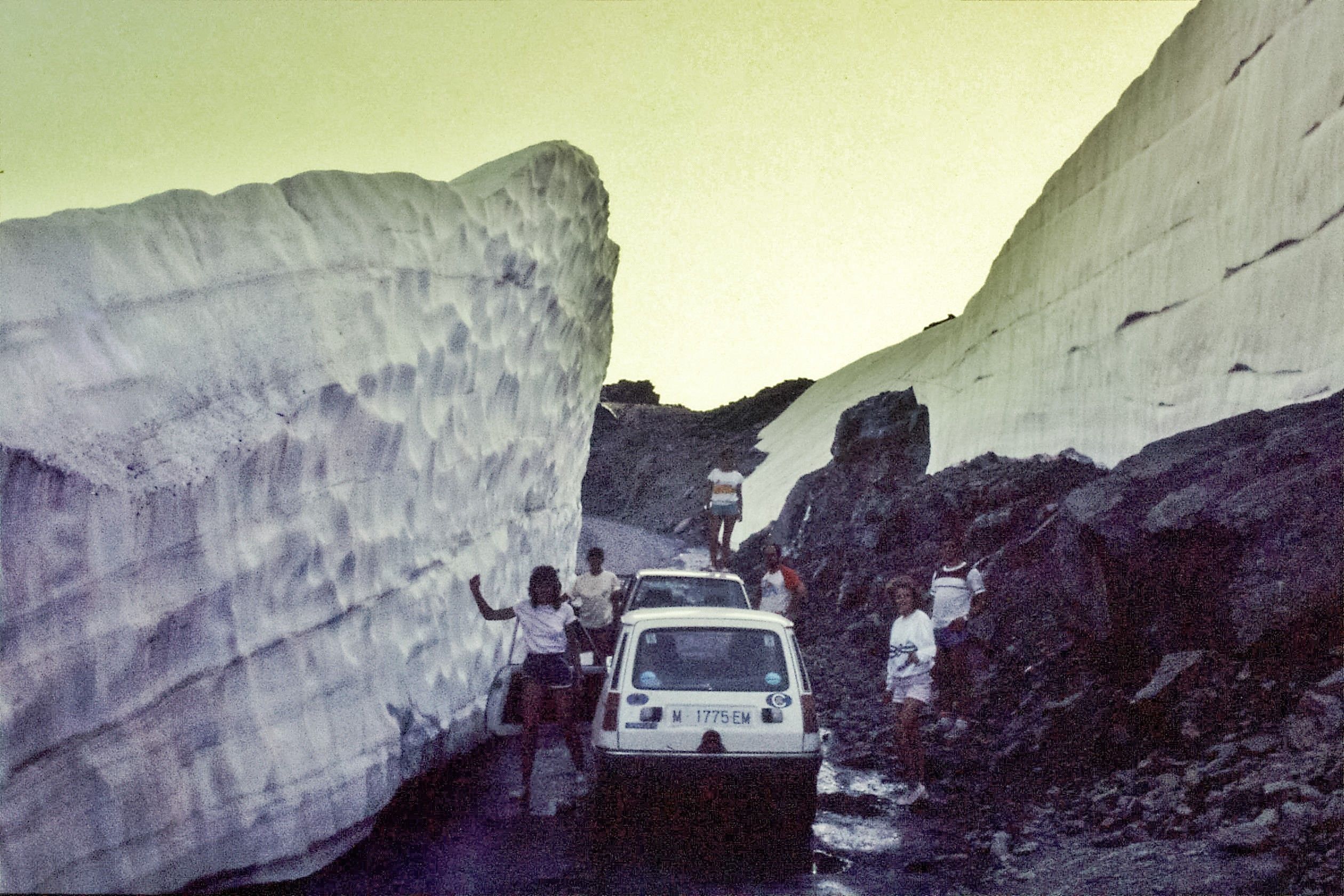 And it was not until 1995, due to an extreme period of drought followed by a very hot summer when, for the first time, the perpetual snow that covered the old glacier disappeared.

It was already considered that due to some possible detachment, remains of glacial ice will be covered under the surface. Therefore, when the area was free of snow for the first time, scientists accessed the area to corroborate their theory.

During the following years, temperature measurement equipment as well as glacier displacement were installed. Between 1995 and 1999 its movement was between 1 and 5 cm per year. While between 2001 and 2007, a total of 75 cm had been displaced.

In 2008 a new study by Gómez Ortiz establishes the exact dimensions of the glacier. At an average altitude of 3106 meters, 129 meters long and 8 meters thick; to cover a total area of 4860 m2. 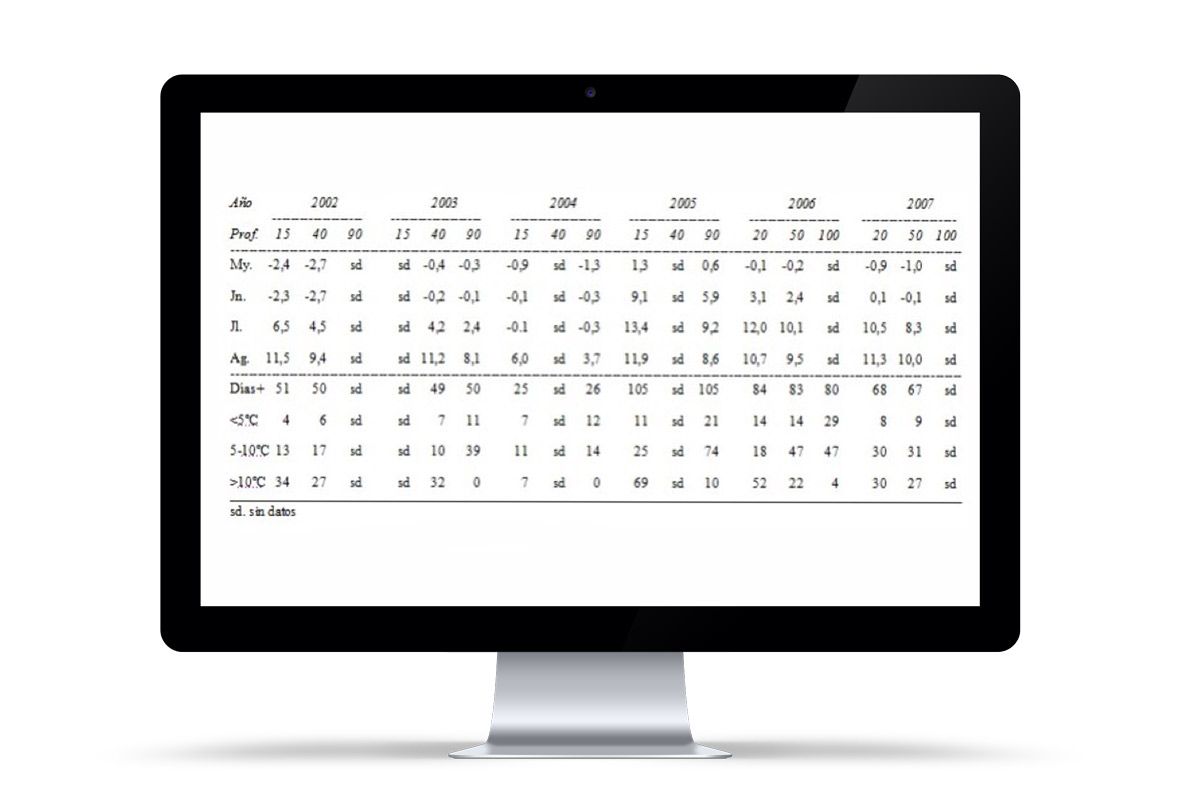 In the last work of Gómez Ortiz, of 2014, it is estimated that there was a total loss of 10 meters thick between 1998 and 2009. Next to it, the glacier had gone from being 1.5 meters from the surface to be at 2. Finally, we start to observe a partition in the internal mass of the glacier.

After a follow-up of more than 10 years of the glacier it is evident that in good years in terms of snowfields such as 2010, 2011 or 2013, the losses are minimal or zero, while in dry and hot years such as 2003 and 2005, the glacier suffers a Great loss of volume. Therefore, the survival of snowfields is essential for the conservation of this glacier.

Illustration: Evolution of the Coverage snowy in the corral of Veleta, Gómez Ortiz

And it is that these rocky glaciers are still under study and their operation is not well known.

Through photointerpretation and morphological study techniques in Sierra Nevada, up to 36 rock glaciers from the Quaternary period have been identified and disappeared more than 5000 years ago. Of all these, only the Veleta glacier could be formed during the Little Ice Age, since it was the circus best prepared for it.

The protection function of the Veleta wall as well as the contribution of clasts and rocky matter make a “thermal shock absorber” function, removing the ice from the heat of the surface. Even so, with the trend of recent years and the increasingly evident lack of snow in consecutive years, the disappearance of this glacial conflict can occur in a short period of time.