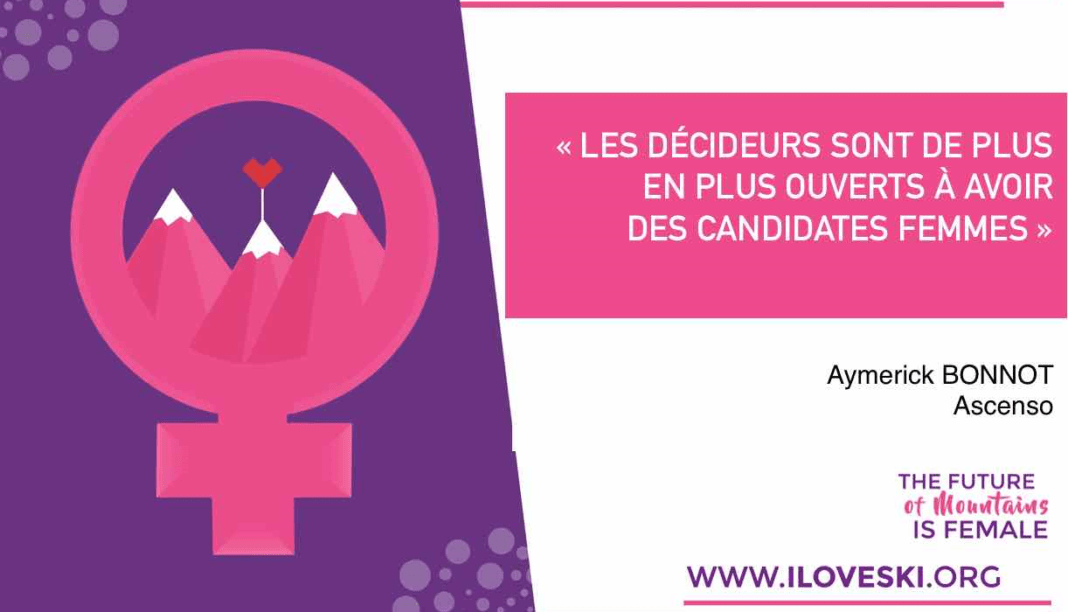 IN YOUR OPINION, WHY ARE THERE STILL SUCH FEW FEMALE CANDIDATES AT THE HEAD OF THE RESORTS?

Aymerick Bonnot: Today, those responsible are increasingly more open to female candidates, but we don’t have them. As recruiters, we have very few female candidates who apply for senior management positions. It’s not the selection of candidates that has a blockage, it’s the attractiveness of the position.
It must be recognized that, the smaller the resort, the more necessary it is for the director to have the technical skills necessary to supervise the teams. We have great difficulty finding women who have these technical skills. However, for the big resorts, we could afford to have women in these positions. For example, we recently recruited for the Courchevel director position and only one woman showed up.
When we recruit for high positions in the big resorts, technical experience is not always required, which is a point in favor but it’s not restrictive depending on the project.
I think that the image of the mountain and its jobs doesn’t help for its feminization: we still maintain the image that the mountain is rough, that the work rhythms are intense and that it’s necessary to manage male teams that aren’t open to be directed by a woman.

WHAT CAN WE DO IN ORDER TO CHANGE THIS?

Aymerick Bonnot: I think that the blocking of the feminization of the ski areas is related mainly to the imagination. Many women still think: “It’s a men’s job, closely related to technical aspects, so it’s not for me.”
We currently have a communication problem about these positions. There could be women in leadership positions, but they’re asked to exist, to prevail in a masculine environment and to position themselves as rough women. They have to set big limits in an environment that doesn’t help. And once they succeed, they are sometimes blamed for being too rough or too strong. It’s a real block.
I have very few female candidates for high responsability positions. Currently, I have two or three female candidates, but they’re far from the sector, and for those responsible that is a combination of unknowns. We don’t even have a few women who come from this environment. Women are aware of reality and wonder if they want to face this situation and if it’s actually worth it. Not to mention the salary.

WHAT EXTRA VALUE CAN FEMALE CANDIDATES BRING TO A SKI RESORT?

Aymerick Bonnot: Women provide an obvious balance both in terms of communication and in the way they perceive things and address them. They are very open minded and don’t get stuck in a single technical project. Their sensitivity with the client, familiar, is undeniable.
Women are considered very tough at first, but they have a lot of benevolence that emerges after a while, and it’s an advantage for the teams.
When there is a woman, men will test their limits, but they will give her a chance because they are very few in the industry.
When a woman is in this environment, she only has one obligation: to succeed! Women often work much more than anyone else. They’re not entitled to the slightest error. These people impose themselves a work rhythm that doesn’t imply any doubt. They are very reliable people, who often provide security to the company: integration is a primary phase that should not be missed.