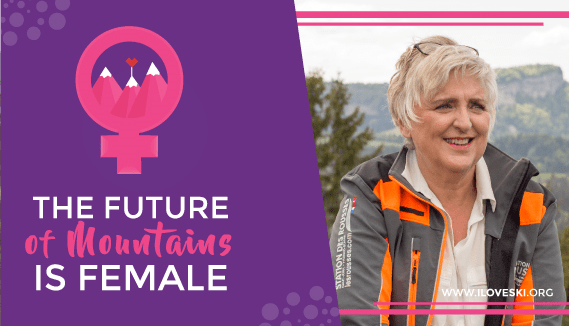 Facebook
Twitter
Graduate from the National School of Arts and Industry of Strasbourg, she specialized in planning and urban management at the National School of Roads and Bridges. Michèle Ulrich was director of the Rousses resort for the first time between 1996 and 2000 and returned in 2012 to take over SEM SoGeStaR.
I Love Ski: Why do you think there are still such few women at the head of the resorts?
Michèle Ulrich: These positions are mainly occupied by engineers. However, we haven’t achieved parity in these areas. Back in the day, for example, I was the only girl in my class. I’m from a generation in which these options were not even offered to girls. When they were gifted in scientific subjects, they were offered courses in medicine. I didn’t discover this environment until I got to university. I made a great effort to join a preparatory class. I really hope girls are better informed today!
Another limiting factor is the cooptation between the alumni of the same school. We often find engineers from Arts et Métiers in these positions. It’s even harder to fit in when you’re a girl who comes from a different background. Finally, I would add that we can’t answer this question without mentioning the unfortunately still sexist nature of the ski and mountain world. There is still a long way to go for the recognition and parity of women.
What I remember about my studies in engineering schools and what still works best for me today is mainly learning how to operate in project mode. This type of operation allows teams to be motivated to do their best, to advance and to improve constantly while building together.
Certainly there are other formations that learn to build as a team. People who can and do know how to manage a team project can also manage a ski area. The design can be learned in school, but also by opening a code of urban planning, public markets or the environment, especially in terms of laws, things change quickly. We must be curious, open, not afraid to open a legislation book to verify the viability of what we want to achieve: our job is to lead a project and take the team with us. Sharing with others, with the whole team, the culmination of a project, that’s a motivation!
I Love Ski: What can be done to change this situation?
Michèle Ulrich: I think there is a real education problem in this area. There is a lack of formation dedicated to high level tourism, particularly as tourism project manager. I’m not convinced that university careers are very adapted to the world of tourism. Engineering and business schools offer a more operational but more selective formation that is less adapted to the tourism context.
But above all, wether it’s bu nature or education, I find that women are more easily behind men. It is rare for them to push forward. In general, we always let men be in the front. In the first year of engineering school, I was the best in my class, being the only girl in it. And I quickly understood my mistake: men don’t value it! So, I preferred to retire voluntarily from the podium and I spent the rest of my studies in the fourth place, where I was finally spoiled by my classmates. This experience really impressed me and prepared me!
Professionally, at Les Rousses, I try to mix: only male or female teams are not balanced and, often, that is a cause of conflict. The mixture is generating an atmosphere of peace. This is also one of our goals in Les Rousses, where we seek to have a good work environment.
I Love Ski: What added value can a woman bring to a ski resort?
Michèle Ulrich: It’s hard to generalize. I can evoke my own character: they say about me that I’m aggressive, that when I have a goal I don’t let it go. It’s said that I’m strong, although I express more emotions than a man. Being sensitive, even emotional, does not prevent me from being present and taking hold in case of a strong blow.
In general, I believe that women have a greater capacity to listen and to be present. I think they attach more importance to benevolence and they’re more sensitive to the well-being of employees.
Finally, it seems to me that we give less importance to the hierarchy, to the traditional organization of a company, working more easily transversally, perhaps because we compete less than men.