I Love Ski ®
Home News Blandine Vernardet: “Having a female director at the head of a ski... 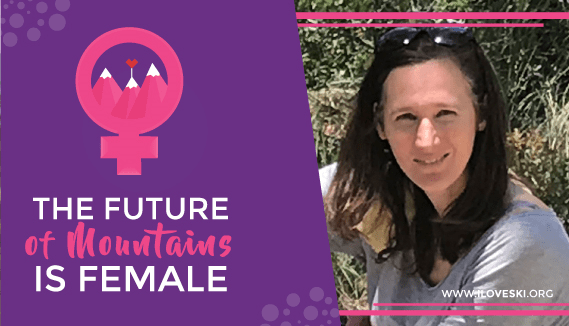 Facebook
Twitter
Graduated from Sciences Po Paris and the Ecole des Hautes Etudes in social sciences (Paris), Blandine Vernardet was for nine years the general director of the Piau resort. From 2016 to 2018, she was Director of Human Resources at Grand Tourmalet and, since 2019, became Deputy General Director and was asked to occupy the general direction. In parallel, she was in charge of the mission at N’PY to lead the launch and deployment of Skylodge, a chain of hotels in a mountain resort.
WHY ARE THERE SUCH FEW WOMEN AT THE HEADQUARTERS OF THE RESORTS?
Blandine Vernardet: Ski areas are still a very masculine environment for all positions. Feminization rates are very low, certainly because historically we were an industrial sector instead of a service sector. But, for several years now, the situation has evolved and we are much more focused on the customer and the service.
At the time I started working in ski resorts, there were practically no resort managers who were not engineers. Today’s profiles, however, tend to become more general and this illustrates a change. We have been changing from the industrial positions to the services ones and this is beginning to be noticed in the demographic structure of our companies.
WHAT CAN WE DO TO CHANGE THIS?
Blandine Vernardet: When I see the rate of feminization at the Piau and the Grand Tourmalet ski resorts, I see that there’s a real gap. Having a female director at the head of a ski area leads to the feminization of the teams. Little by little, season by season, we’re managing to feminize the positions.
One of the main difficulties is having candidates, especially in highly technical positions such as maintenance of ski lifts. But in general, there is no reason for women not to be on the teams: it’s about how to recruit. I think we can change our position and rebalance the sexes.
Actually, there are two pitfalls in our sector:
– The jobs that exist in ski resorts are not well known and young people don’t necessarily think of them when they are not from this environment.
– It’s necessary to show that women have their place, either through the profession, of the groups of women entrepreneurs, and let them know that these positions are on their spectrum of possibilities.
BLANDINE VERNARDET, WHAT ADDED VALUE CAN A WOMAN PROVIDE TO A SKI RESORT?
Blandine Vernardet: In general, they show a strong pugnacity and sometimes it seems that it’s necessary for them to prove more that women have their place in these positions. When there are women in the teams, we feel that they are about to finish things. And that brings a lot to the teams.
In relation to relational issues, historically, the relationship in very masculine environments can be frontal or even verbally “violent”. The fact of feminizing the teams imposes behavioral changes and forces us to modify the usual operating mechanisms. This adds fluidity and more serene ways of being.
The change operates mainly in the balance of power, in conflictive relationships, where things get a little more moderate.
Regarding the relationship with the client, I think it’s not specific for women. But it is true that they may have greater sensitivity in certain subjects: accessibility of young children, learning, cleanliness…