I Love Ski ®
Home News Descent of eight-thousanders with skis: the competition to get the Nanga Parbat... 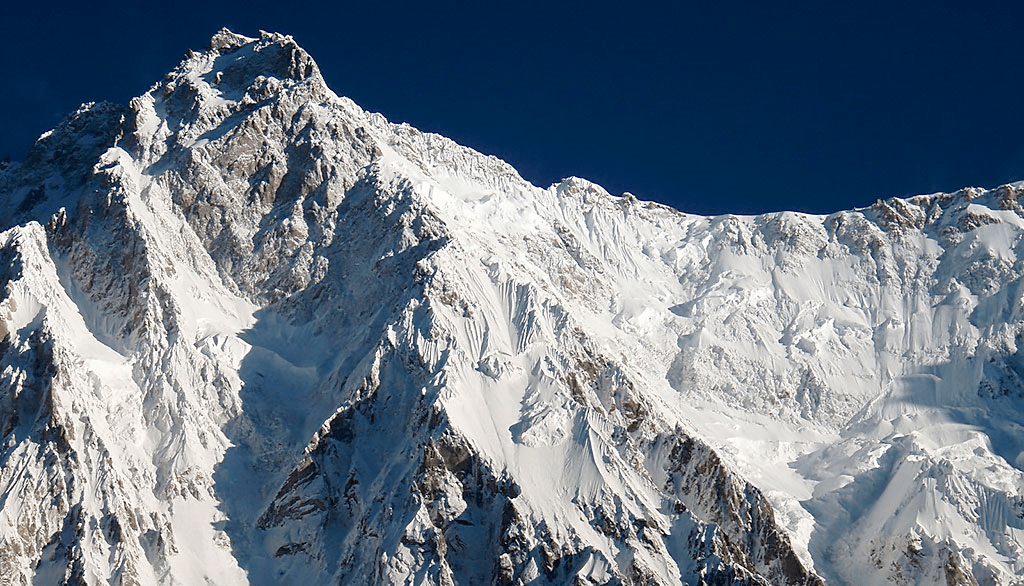 Facebook
Twitter
The trend of eight-thousanders descents on skis keeps on. This time, from the Nanga Parbat, in Pakistan, with 8,125 meters (26,657 feet) of height. Two teams will compete to be the first to descend on skis the Nanga Parbat. The challenge was already accomplished by the Italian Hans Kammerlander and the Swiss Diego Wellig in 1990, but they didn’t descend from the very top, but from 100 meters below, from a height of 8,025 meters (26,329 ft).
Almost 30 years later, two different teams will try to beat the record by making the descent from the top: on the one hand, the French Tiphaine Duperir and Boris Langenstein, and, on the other hand, the Italian Cala Cimenti and the Russians Vitaly Lazo and Anton Pugovkin. Both teams have already achieved the first descent of other great mountains and have previously competed against each other for doing so. In fact, a year ago, Duperir and Langenstein were the first to fully descend the Laila Peak, along with his compatriot, the skier Carole Chambaret. Cimenti succeeded a few days later with the Swiss Matthias Koenig. 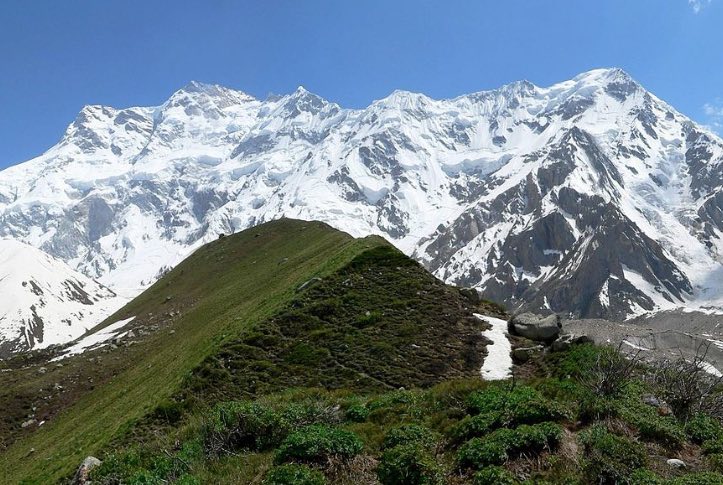 The challenge of Nanga Parbat

In 2008, the German Luis Stitzinger also descended the Nanga Parbat, but by another route, the dangerous central vertical wall of the Diamir face. Despite being an incredible challenge, the height from which he started was smaller, at 7,850 meters (25,755 ft).
In addition to being one of the eight-thousanders and the ninth highest mountain in the world, the Nanga Parbat is known to be one of the most difficult mountains to climb in the world, along with the K2 (whose descent with skis from the top was achieved last year by the Polish Andrzej Bargiel) and the Annapurna, which Cimenti, Lazo and Pugovkin already tried to descend without success last year.
The dangers implied on the ascent of Nanga Parbat have already killed 85 mountaineers. Although its name means ‘Naked Mountain’ in Pakistani, it’s also known as the ‘Killer Mountain’. The first attempt of ascent was in 1895, by Albert Mummery, who lost his life on the mountain. The next attempt wouldn’t be until 1932, but nobody managed to reach the top until 1953, when it was achieved by the Austrian Hermann Buhl.
Currently, both teams are on full expedition, trying to reach the summit. We will have to keep an eye on their progress to see who can do it before.
Photo: Bernhard Krainer, www.picasaweb.google.com