I Love Ski ®
Home News Copenhill : The greenest ski slope in the world 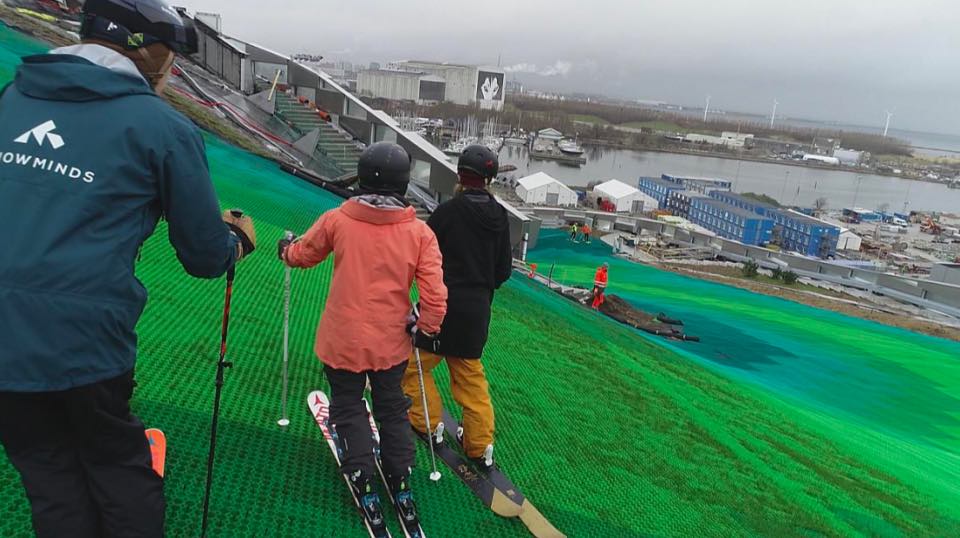 The Copenhill Green Ski slope is an incredible example of what man is capable of doing (well).  In an attempt to preserve ecosystems and protect the environment, many ski resorts have launched their own ecological initiatives. However, the Danes have decided to develop a 100% ecological resort concept with the construction of an artificial ski slope on the roof of a non-recyclable waste treatment power plant that converts it into energy by incineration.

This urban ski slope, called Copenhill, is located just above the Amager Bakke power plant, right in the center of Copenhagen. This new modern factory, which manages the waste of 550,000 Danish households and 45,000 businesses, can heat around 160,000 homes and electricity for more than 60,000 hours without emitting CO2. The project is part of Copenhagen’s objective of becoming the first neutral city in terms of carbon dioxide emissions by 2025 and, thanks to this plant, to avoid the emission of 100,000 tons of CO2 per year.

The roof of the Copenhill building features a surface covered with a green material that mimics the feeling of sliding on snow. The length of the track is 600 meters.

It offers several routes to reach the summit including a ski lift. But also a wall 85 meters high for climbing, the largest artificial climbing wall in the world. For freestyle skiers and snowboarders, the track has many obstacles and jump modules. Like more traditional ski resorts, Copenhill has its own equipment rental store, as well as an après ski café and bar.

Amager Bakke / Copenhill is located in a central part of Copenhagen, right by the sea. And to complete the special look of this strange and modern green ski slope, the factory emits huge rings of water vapor. The total investment for the project is $ 660 million and some 65,000 skiers are expected to visit and test the track each year.

Although the center has been operating since 2017, Copenhill Ski will open to the public this summer. But, while you wait to test it out for yourself, here’s a little video from freestyle star Jesper Tjäder: