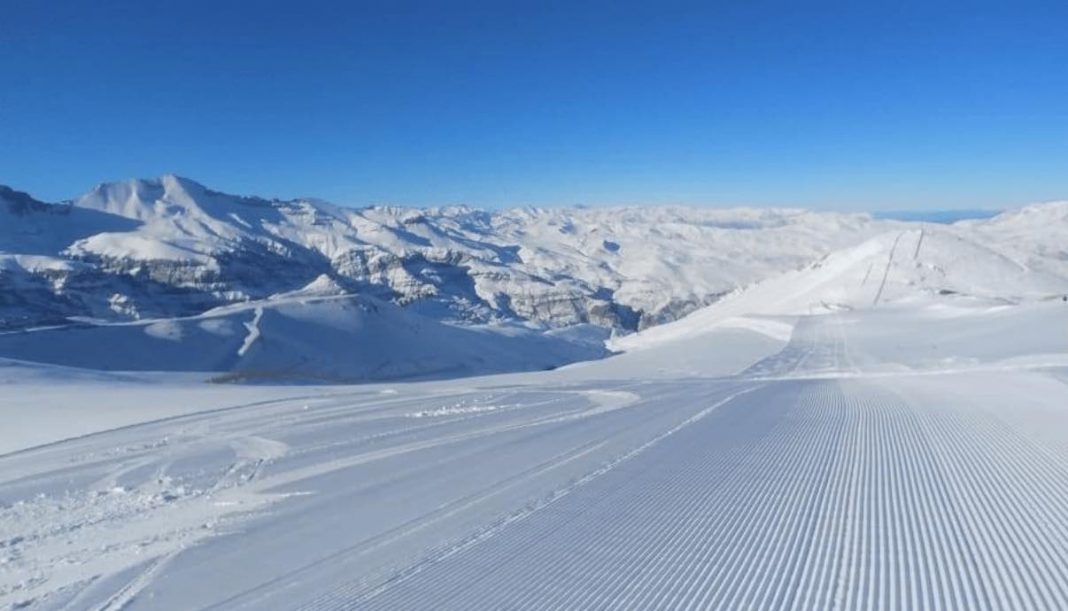 The ski area of El Colorado / Farellones is quite close to Santiago, the Chilean capital, only 36 kilometers (23 miles) away. It has a total of 113 slopes (from very well groomed runs for beginners to off-piste for experts) and 19 mechanical lifts.

As it’s well known, Chile is one of the favorite destinations of high competition teams for summer training. Thus, the resort of El Colorado attracts during its season the teams of many countries (France, Switzerland, Spain, the United States, Australia, Argentina …), thanks to its snow quality, its slopes and its privileged position, so close to the capital. In fact, the ski area counts on a total of 29 trails that are especially destined for high competition training, being 25 of them for Slalom / giant Slalom, two for Super G, one for mogul and another one for DH.

But the athletes of the competition teams worldwide don’t just go to El Colorado for their training: El Colorado often hosts FIS competitions, such as the alpine skiing or the Super G.

Variety of activities and gastronomy

In addition to skiing and snowboarding, in El Colorado you can do many other winter activities, such as canopy or zip line, tubing or even practise both together in the Mini Park, especially designed for the little ones so they have a great time. You can also go sledding, snowshoeing or mountain carting.

And when you start to get hungry and want to take a break, at the resort you’ll find several restaurants of different kind, from fast food to gourmet menus with privileged views. Among them is the Olimpo, which is accessed by skiing, since it’s located at an altitude of 3,202 meters (10,505 ft) and it’s the highest-located Chilean restaurant. There are also eight foodtrucks by the slopes, for when you simply feel like having a good burger at the top of the mountain.