The 5G roll-out in Europe isn’t in a rush, but nothing is going to stop it. Brands such as Sony, Energyzer, Motorola, Xiaomi, Huawei or ZTE want to add a new twist to the market for mobile devices with 5G technology. So, this summer a new era will begin for users of the two major mobile operating systems, IOS and Android. Folding mobiles will enable new Screen formats with an interface that improves the user’s experience, opening a new universe of options with powerful 5G technology.

The 5G roll-out is happening much faster than 4G

The period of implementation and development of 4G or LTE technology took a decade to roll-out in Europe. 5G promises a more accelerated connectivity network installation. Beyond cell phones, 5G will democratize the Internet of Things, allowing millions of devices with different functionalities to be interconnected to the network of networks. 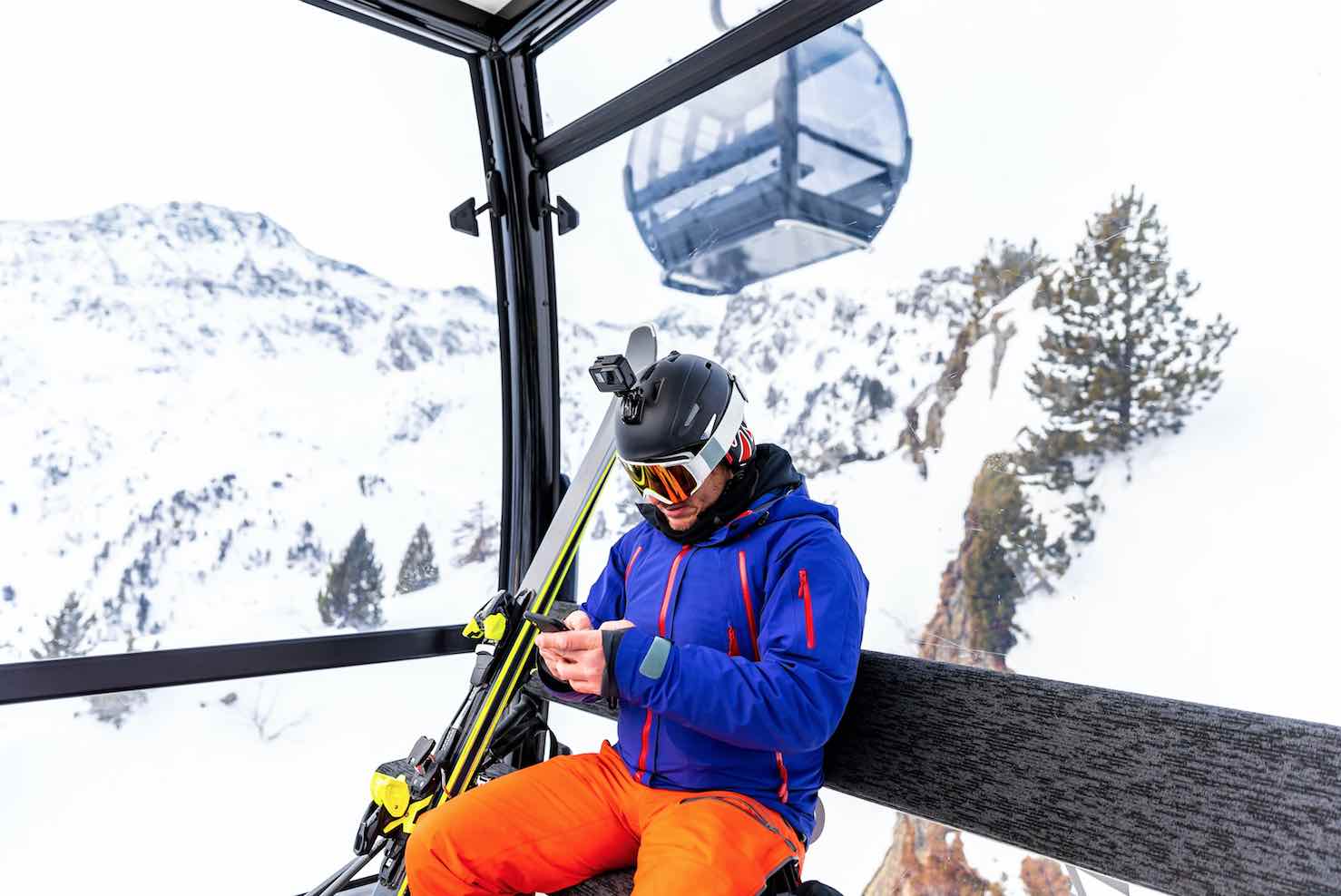 In 2020, it’s expected that the installation of 5G routers in vehicles, as well as in machines and robots, will be a reality. This promises to accelerate even further the constant technological revolution in which we live. It will give way, without a doubt, to the Fourth Industrial Revolution led by the digitalization of society and the economy.

The low latency of the 5G technology, promised at 1ms and equivalent to the fiber optic that we have at home, will be 100 times faster than the current one.

In Spain, the final bands of 5G have been recently declared by the Ministry of Energy, Tourism and Digital Agenda. 700 MHz will be used for long distances (speed of 100Mbps). 1.5GHz and 3, 6 GHz dedicated to the “Smart Cells” of preferential use in urban areas (speed of 1-3 Gbps). The 26GHz will be of smaller scope but of great intensity, allowing it to be used in specific events and locations where a large population is concentrated in specific moments (speed up to 10Gps).

The latter is generating a great controversy, given that having shorter range, a higher frequency, a shorter wavelength and above all, being close to the frequency 23.8 GHz, it can cause problems for weather forecasts. 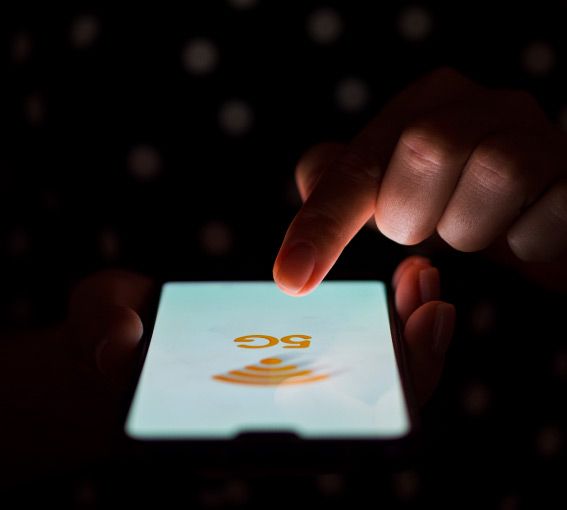 At the frequency of 23.8 GHz, water vapor emits a slight radio signal, which is used by satellites to detect the movements of water in the atmosphere and thus know the humidity levels. A variable widely used for weather forecasting, since it helps predict the formation of clouds and rain.

Ever since the beginning of skiing, mobility has been a handicap for its development. The Index of the Digital Economy and Society (DESI) shows positives and negatives both in France and in Spain. Spain hass placed 9th out of 28 in the last European analysis of connectivity. We can compare this with its positions in internet services (11th), integration of technology (10th) and public services of a digital nature (4th).

Currently, the order of digitization within the EU is headed by Finland, Sweden, the Netherlands, Denmark, the United Kingdom, Luxembourg, Iceland, Estonia, Belgium, Malta, Spain, Germany and Austria, respectively. This leaves France out of the top spots. 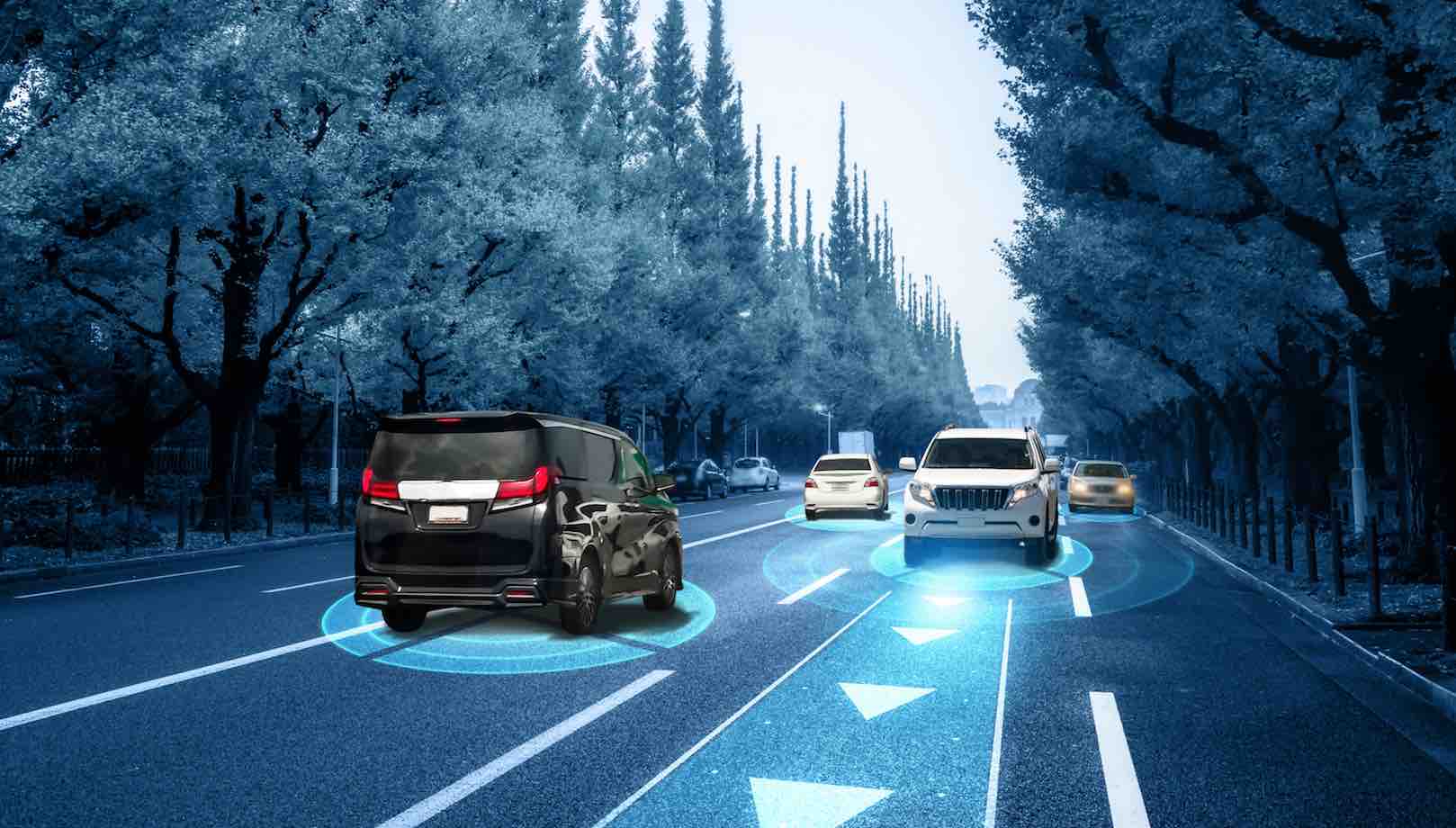 For the first time, the 5G connectivity area has been included in the analysis, covering 30% of national territory, with Spain occupying the ninth position in the ranking. However, the reality of mountain tourist areas is that they continue to suffer from “digital disconnection”. Generally speaking, they suffer from speeds that are similar to the prevailing ADSL technology. 5G technology is sticking to large cities and leaving small urban centers aside.

The possible harmful effects of the new electromagnetic waves and the electropolution that it will generate are still under investigation, but the economic interests of the telecommunications industry don’t want to wait. Despite the recommendations from the Resolution 1815 of the Council of Europe, there are very few training campaigns where the population is alerted of the possible consequences and risks associated with this new era.

The influence of 5G on trips to the snow

The tests with the autonomous vehicles don’t cease to evolve and artificial intelligence is presented as a pillar in the strategies of the automotive sector. Thanks to 5G technology, the latency will be very low and vehicle decisions will be made autonomously, reducing exponentially the risk of collision in a trip to the snow and increasing comfort greatly. We aren’t talking about the future, we’re talking about the present. The production of vehicles with levels 3 and 4 of autonomy are increasing and, shortly, level 5 cars, which are completely autonomous, will start being commercialized. 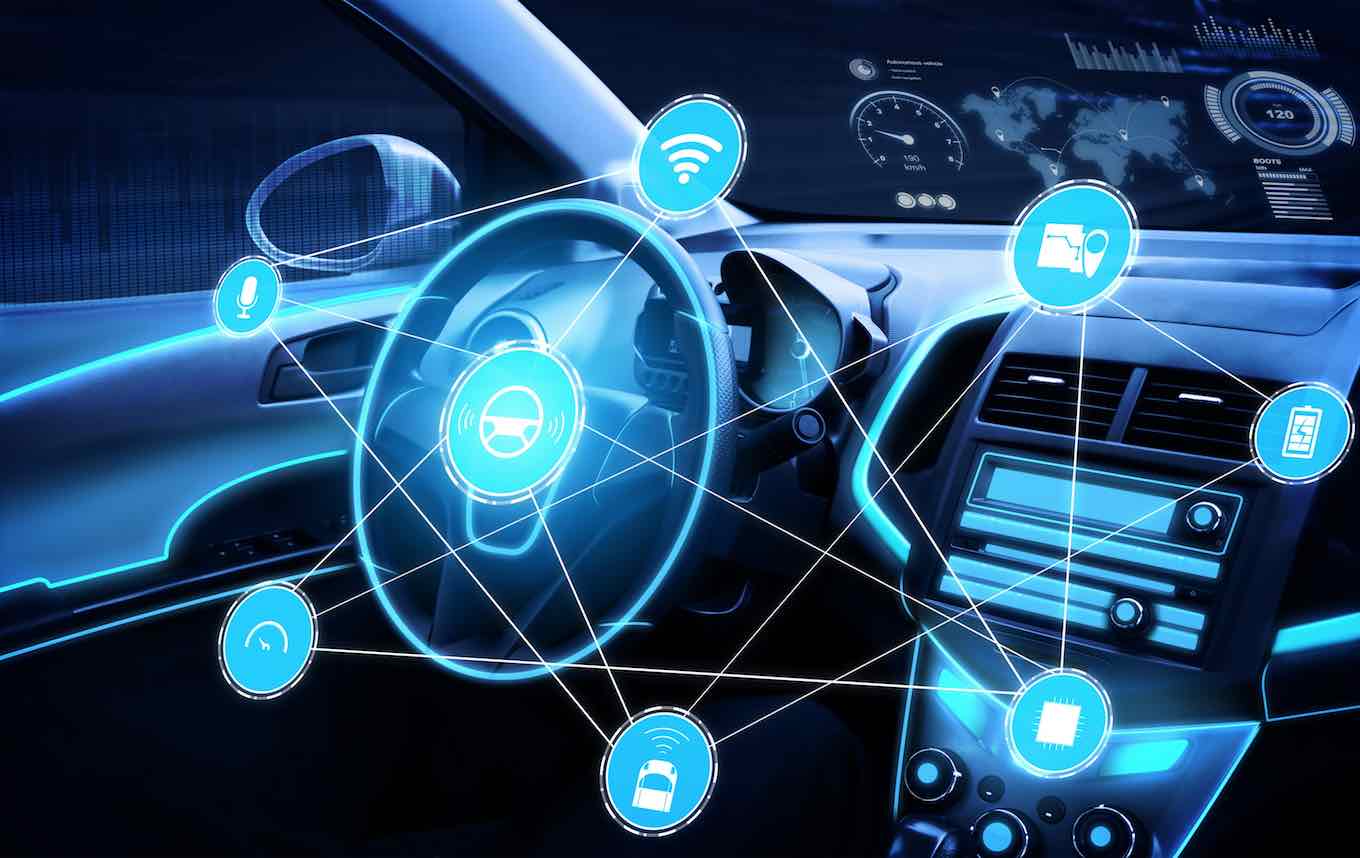 The “cloud” will make decisions in milliseconds, facilitating the displacement of the travelers thanks to the fact that the reaction of the vehicle will not only be autonomous, but practically immediate. However, we must take into account the special conditions of the mountains and, until the systems are safer, we cannot rely on Robot Babysiting just yet.

The new technologies will facilitate the encouragement of new mobility concepts such as carsharing or carpooling, as well as an increase in safety which can reduce the number of road accidents that we suffer in Europe by up to 90%.

The digital age and the disruption of technology in mountain tourism are dividing tourism in two major groups. The first, a passive one, which is later adapts to technological advances, and second, an active one, which progressively includes digital transformation in its daily workflows and in its Travel-Tech development projects.

The development of intelligent tourist destinations is being imposed as an obligation on the future as customers seek personalization and efficiency when it comes to meeting their individual needs. 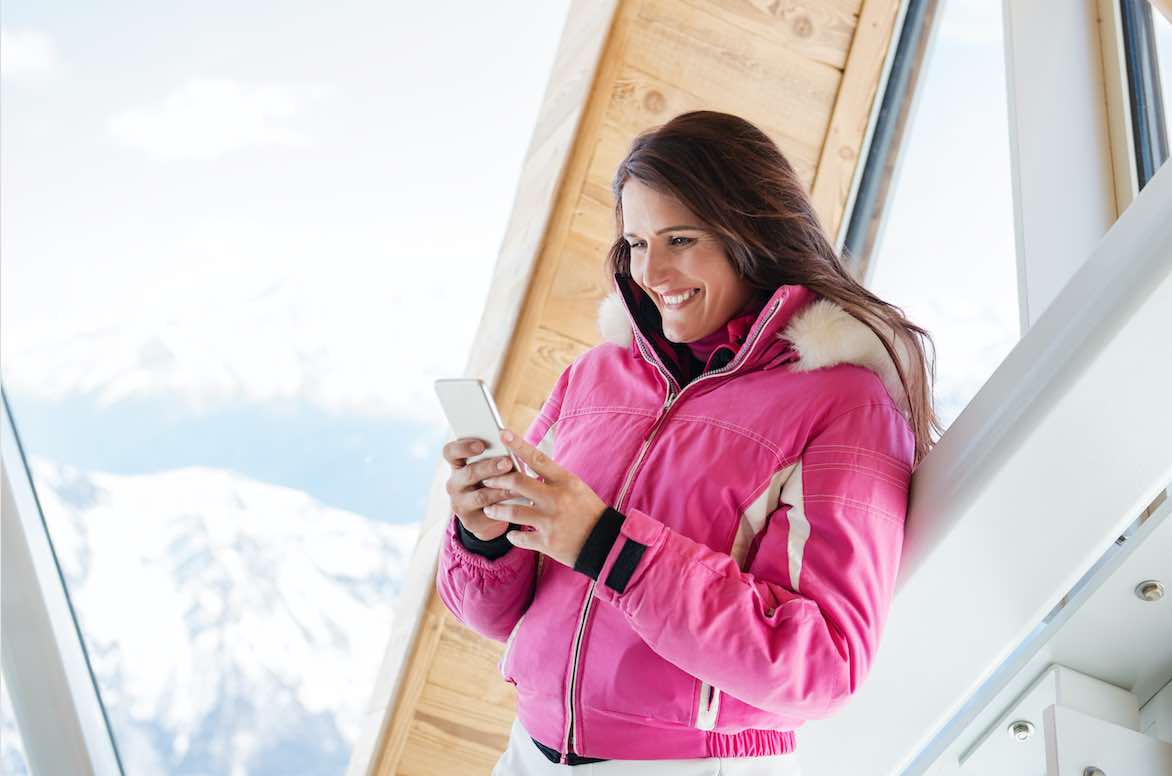 Among its many other uses, artificial intelligence (AI) will allow 5G technology to adapt perfectly to the particular characteristics of the ski resorts, avoiding tourist saturation, informing in real time of the agglomeration of users in different points of the resort and using dynamic pricing of ski areas more accurately, both with the ski pass, and with the marketing of services and products at the resort.

Those resorts that invest in Bigdata will be more competitive, thanks to the stratification of client types, adjusting their offer to the demand at the precise moment, reducing costs and improving the user experience. 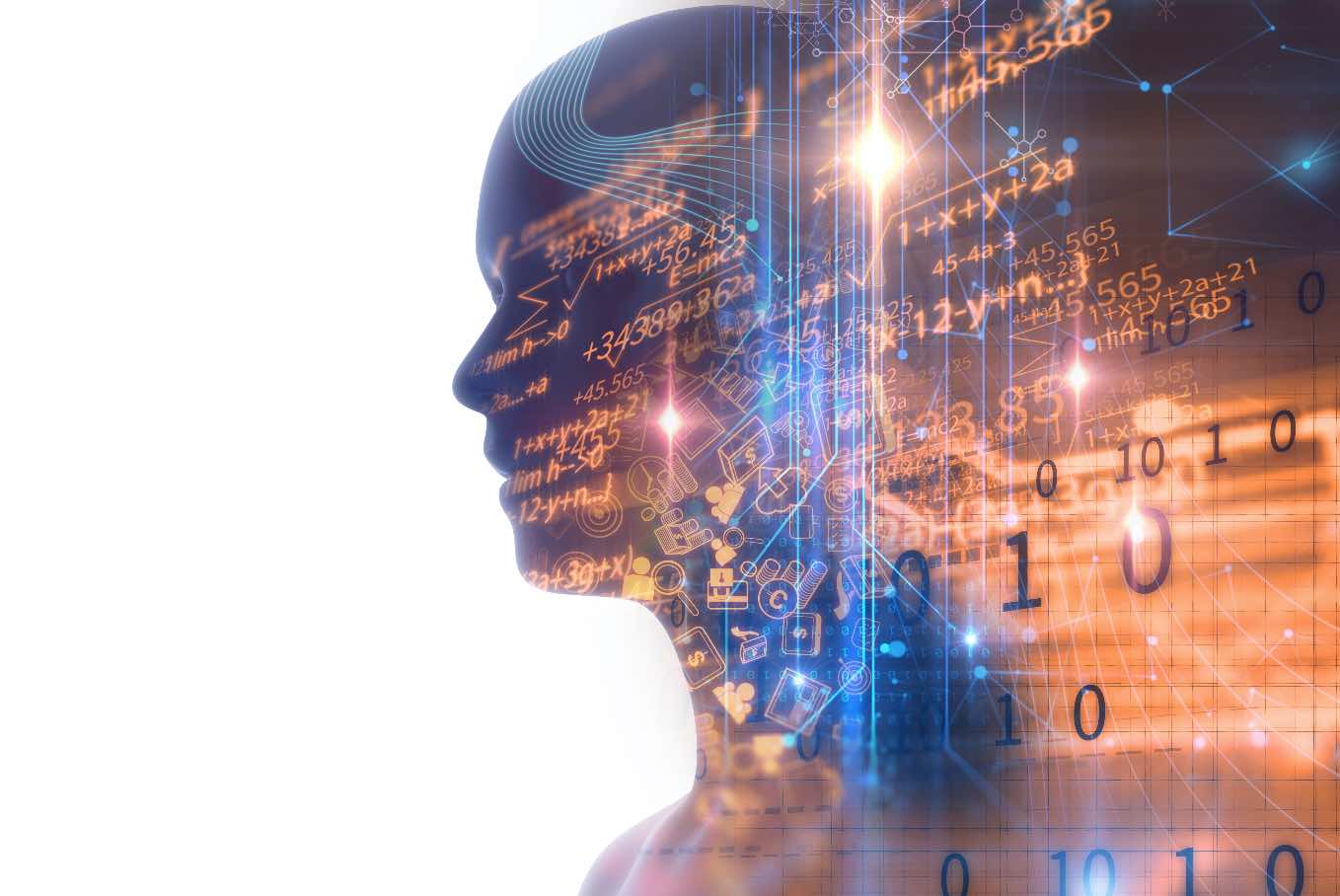 The mountain tourist sector, which is very transversal, has a colossal opportunity to offer the best digital experience in the natural and rural environment thanks to the arrival of Research, Development, Innovation and 5G. Applying AI in the snow industry is an essential element in order to increase the competitiveness of the sector. The ski resorts of the future will, thanks to 5G, provide information in real time with little latency, which can be grouped into three large blocks:

The velocity of the navigation

It is estimated that the installation of smart beacons will be fully implemented in 2025 and will allow snow enthusiasts to navigate at 10 Gigabits per second, as if they were connected by cable to the fiber optic of their homes. 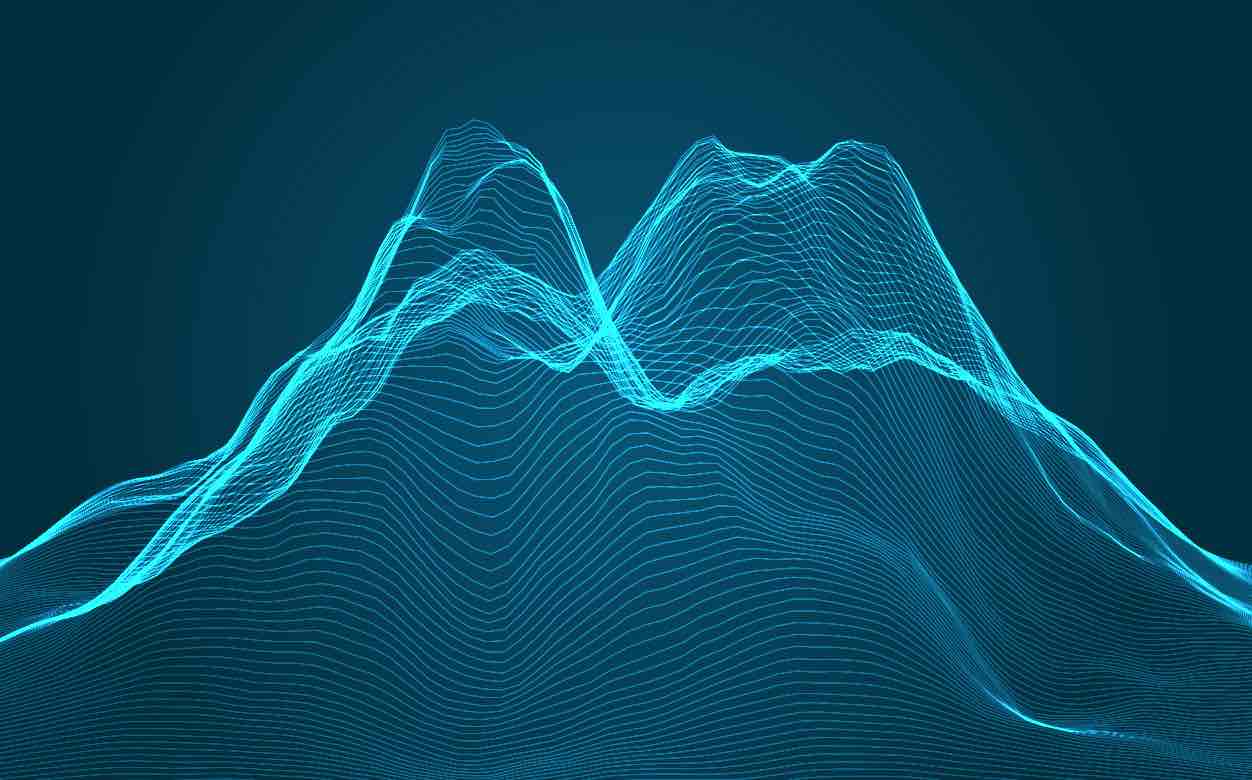 Date upload and download speeds can provide skiers with basic parameters such as wind, temperature, or humidity. It will also allow for obtaining more advanced information such as the quality of the snow, the risk of avalanches, the presence of greenhouse gases or bacteria, the concentration of skiers per area, the average speed of skiers per slope, the risk of skin exposure to the sun in real time, light pollution, etc.

Interconnectivity at the service of the user

The user can also have access to multilingual audio guides, useful information for people with disabilities thanks to acoustic sensors. These solutions will allow efficient management of transport and station interests based on the number of users, reservation of parking spaces before arriving at the station, facial identification systems that allow or limit access to certain areas, real-time knowledge of elevator occupation, etc.

The development of information services or “Push” services in real time will allow the main economic actors of a ski resort (ski and snowboard teachers, equipment rental, shops, catering and hotels, etc.) to get in touch with the users.

Although many services currently exist, 4G technology is not enough, since, in the best of cases, it covers specific areas of the resort and its power is not enough in high season, limiting the spectrum of utilities and applications it has. 5G is coming to solve this problem.

The interconnectivity of objects is here to stay

The interconnectivity of the Internet of Things will allow, for example, to warn a skier of the risk of impact if she continues on a trajectory and at a certain speed, or to recommend that they should rest a little, due to their heart rate exceeding the recommended maximums.

5G technology promises countless new applications to improve the management and development of mountain environments, as well as user experience on their winter vacations, thus helping the social and economic growth of rural areas at altitude.