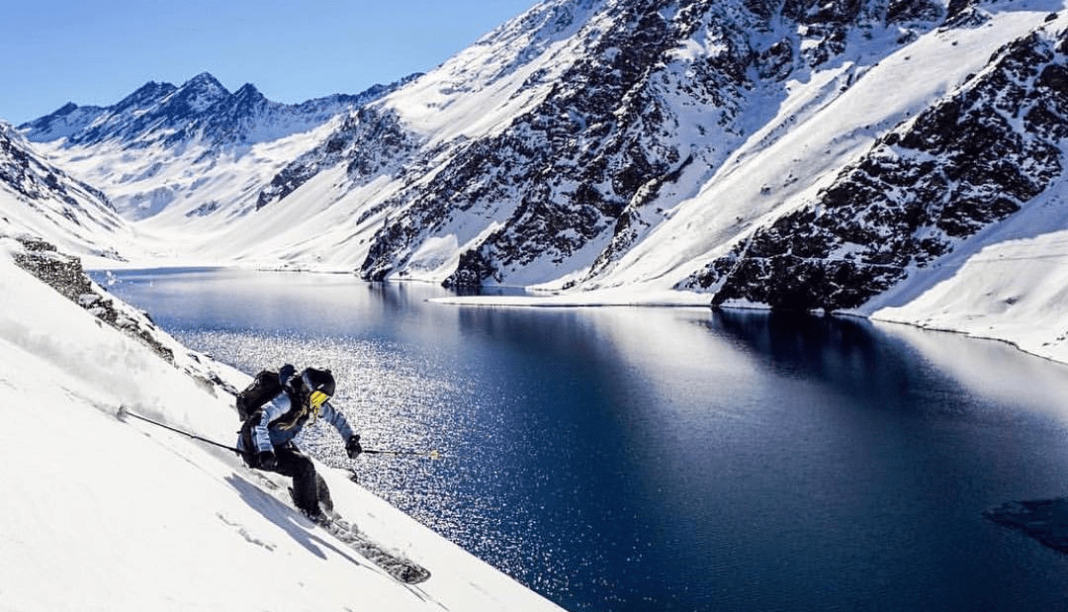 Facebook
Twitter
Photo: Ski Portillo
If there is something that gets the attention in Chile, it’s the beauty of its characteristic landscapes, plagued by volcanoes and hills. In addition to beauty, these mountains provide the country with many advantages when it comes to skiing. The Ski Portillo resort, which turns 70 this season, is located in the Andean Mountains, 164 kilometers (102 miles) away from the capital, Santiago.
Its slopes and its snow quality attract great skiers during the season, for example, the Olympic teams of countries such as the United States, Austria, Canada or Norway, which can be seen in full training on any day on the slopes.

Ski Portillo has a maximum altitude of 3,310 meters (10,860 feet), with a vertical drop of 762 meters (2,500 ft). It has a surface of 500 hectares, which are accessed by its 14 ski lifts of different kinds. But if you like adrenaline and want to try something more exciting than going up with the ski lifts, in this ski area you can practice heli-skiing, which consists of reaching the summits by helicopter.
Portillo receives generous amounts of snow: more than 5 meters (17 ft) of thickness on average each winter. However, to ensure the quality of the snow in case the weather is not favorable, the resort has an extensive snow irrigating system. In fact, Ski Portillo has made an investment of three and a half million dollars this season. It has mainly served for the installation of 25 new snow cannons that will cover an area of 10 hectares and nine slopes.
Its ski area has a snowpark and a total of 18 slopes for all levels: three green ones, nine blue ones, one red one and five black ones. Its longest slope has a length of 2,456 meters (8,058 ft). All of them are prepared every night so that they are in an optimal condiions the next day. But this ski area is also known for its off-piste, which represents 20% of the total area. You can access this area through the ski lifts of the Roca Jack, Cóndor and Caracara slopes.
A large ski area with well-kept slopes for all levels, abundant snow and impressive landscapes of high mountains with views of the transparent Inca Lagoon that are worthy of a postcard. What else could you want?