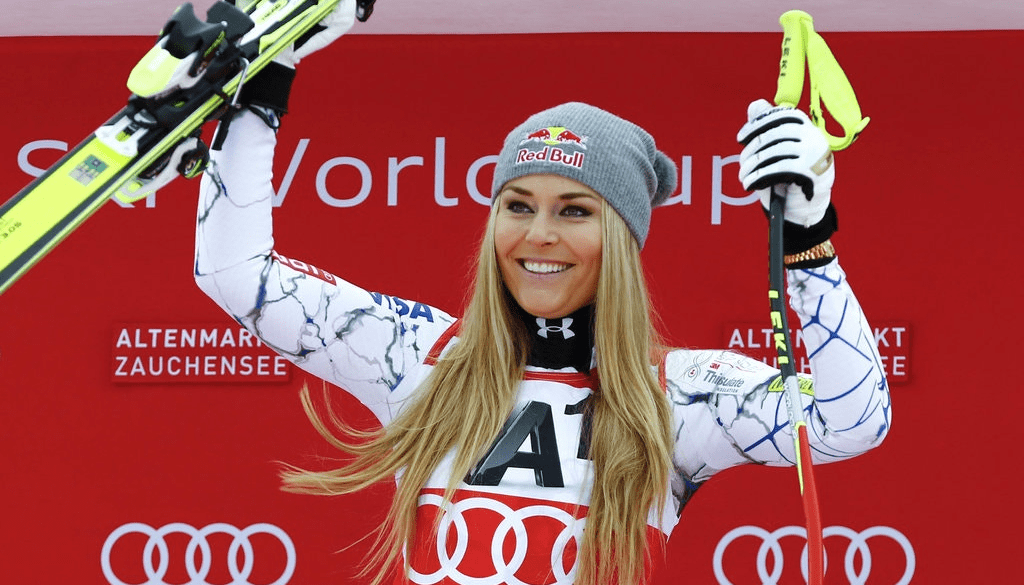 Facebook
Twitter
Photo: via The New York Times – Ai Project / Reuters
The best female skier of all time (and one of the best skiers in general), Lindsey Vonn, retired from the world of competitive sport last February. Behind her, a career in which she has achieved absolutely everything: an Olympic gold medal, the victory in two World Championships, 20 World Cups (getting the record for both men and women) and 77 Alpine Skiing World Cups. And all those are only the world competitions in which she was the first, if we looke at her number of podiums it’s completely overwhelming.
After leaving the circuit and at age 34, Vonn is involved in numerous projects, from the production of a film to her own foundation of educational and sports support for young girls (Lindsey Vonn Foundation). Among her interests, fitness and beauty, which she makes videos about on her Youtube channel. She even wrote a book on the subject in 2016, “Strong Is the New Beautiful: Embrace Your Natural Beauty, Eat Clean, and Harness Your Power”, which was a New York Times Bestseller. In fact, something else that draws attention to the American is that she has always worn makeup to competitions and training.

The beauty line of a world champion

As she said in an interview with Ski-Racing, she always wore makeup when skiing and in the gym:

‘My parents always taught me to put your best foot forward and just like putting on a suit for a business meeting, I put on makeup for my job on the hill.‘

And in fact, precisely from her experience with makeup on the slopes and the difficulties it entails, she got the inspiration for her beauty line. Based on her days in the mountains and surrounded by snow, her idea is to create sustainable and lasting makeup that resists all day without the need for retouching and that also protects against the sun, which is especially harmful in that environment. It should be, in short, capable of keeping up with an athlete like her.
Now that we know what the line will be like, we just have to wait for its launch. In the meantime, we will continue to keep an eye on Lindsey Vonn, one of the greatest examples of empowered women who never give up and go all out as well as a source of inspiration for all skiers.