I Love Ski ®
Home News Women of Height: females in the snow industry 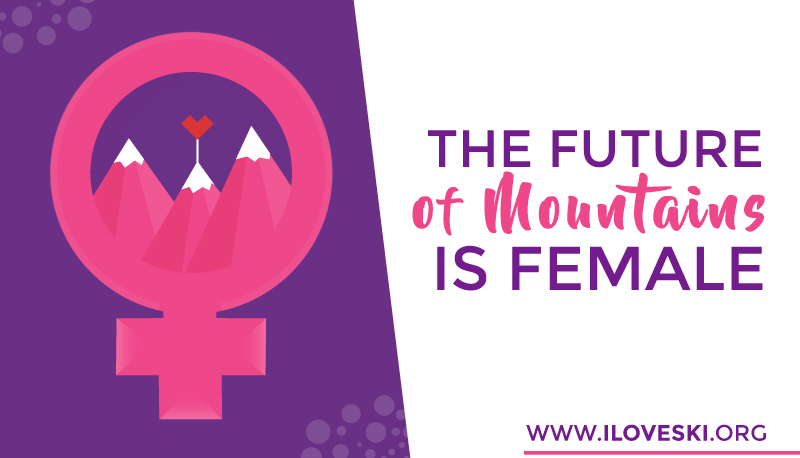 Inequality in the workplace in general

Despite the strength that the feminist movement has acquired in recent years, the data doesn’t lie: we’re still far from achieving equality. This is especially obvious in some sectors, and the snow industry is a clear example. In the ski areas of France, one of the greatest powers of skiing and one of the countries in which more efforts have been made at the legislative level to promote women’s access to senior positions, only 29% of the total workers are women (5,220 women out of 18,000 employees).
In addition, according to the latest UN Women Annual Report, the wage gap worldwide is still at 23% and the activity rate of women is 63%, while that of men is 94%. This is the reason why women went out to protest again on June 14 in Switzerland, in one of those large demonstrations that don’t usually occur in the country. The protest commemorated the one held on the same date in 1991, since the problem still exists, even in such advanced countries.
But women not only continue to get less paid and have more unemployment. In addition, they generally have worse conditions, more temporary contracts and more part-time jobs. How is it possible when it’s been proved that women have more training and better academic results? The main reasons are two: the stereotypes that are still maintained and that affect the whole society and the fact that women are still the ones who take care of the care tasks (whether of children, the elderly or any dependent person).
If women already have it much harder than men to get a good job, there is also the so-called ‘glass ceiling’. Many countries have added in recent years different laws that seek to promote gender equality by forcing companies to have more women among their top positions. For example, in the Spanish Federation of Winter Sports (RFEDI), there are several women on the company board, with the recent incorporation of the new head of the Mujer y Nieve (Women and Snow) program, Paula Fernández-Ochoa.
But even in the most developed countries, the percentages are still far from being equated in most cases. These are the data from some countries that belong to the Organization for Economic Cooperation and Development:

Take for example Italy, one of the great powers of the snow industry worldwide. There are studies that show that in this country women are generally better than men at the academic level (higher grades, more hours devoted to study, fewer retakes…). In the case of university careers in science, technology, etc., there’s a greater component of men, but women get better grades again (103.5 / 110 on average for women, 101.4 / 110 for men ). But in spite of everything, women continue to be penalized in working life, with higher unemployment rate and lower salary.
The same happens in the traditionally masculinized snow industry, in which women are usually relieved of lesser responsibility. Let’s talk about numbers. In France, one of the greatest powers of the snow industry and one of the countries in which more efforts have been made at the legislative level to promote women’s access to senior positions, there are only five female directors in the 325 skiable domains that there are in the country. This way, the proportion of women in the highest positions in the ski areas is only the 1.5%. In Spain, out of the 36 skiable domains that exist today, only one of them is managed by a woman (which would be a 2.8%).
But the problem is not reduced to European countries such as Italy, France or Spain. A study conducted by Snowsports Industries America, which analyzed 22,000 companies in the United States, found that 60% of the companies didn’t have a single woman on their board, 50% didn’t have any women in executive positions and not even 5% of them had a female director. The most shocking part of these data is that another study carried out in 2017 showed that women represent 45% of the total of participants in winter sports in that country and that it’s precisely them who have increased their participation, with a 7.2% more from 2009 to 2017.

The positive impact of women in business

The average of all countries analyzed (including those not shown in this chart) is 22.9%. A study shows that profitable businesses where women occupy positions of responsibility (directors, board members, managers) benefit from a 15% higher profitability.
The positive impact of women in business is well displayed today, but it’s still necessary to change certain attitudes and reduce the discrimination or the self-censorship of women in the workplace in general, and in the snow industry in particular.
To illustrate and complete this dossier on Women of Height, I Love Ski has spoken with several mountain leaders and some of the great women who managed to reach the top of this sector. Through these testimonials, we will try to understand why there are still such few women that are ski area managers, and what measures could be applied to change this situation.
Here you can read the interviews: