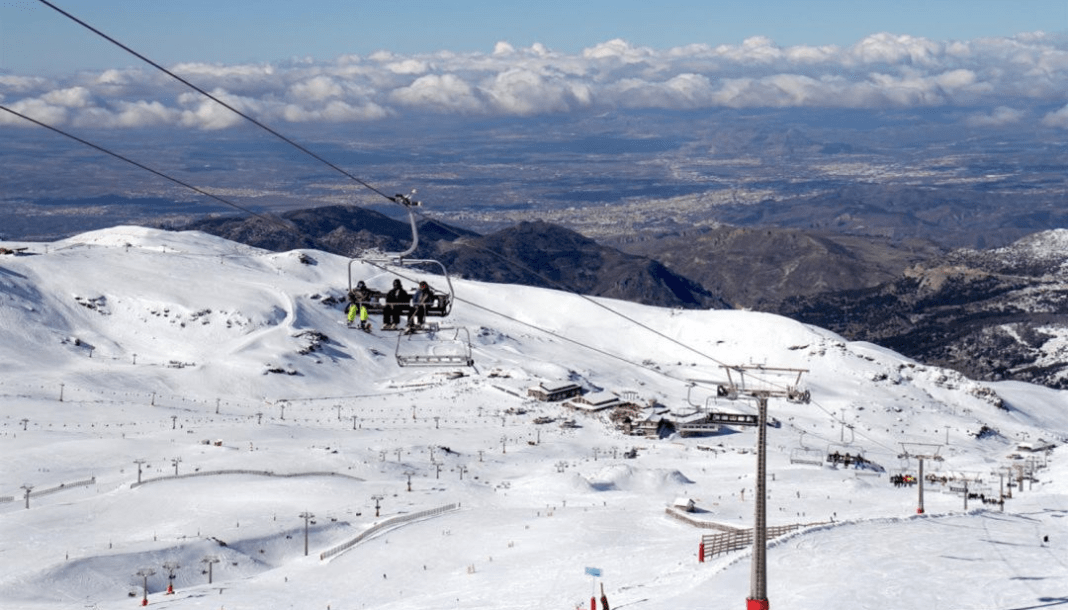 Facebook
Twitter
Cetursa, the public company that manages Sierra Nevada, will make an investment of 10 million euros on the resort for the next season 2019-2020, through its own funds. It will be the biggest investment of the last decade and it will include the installation of a new eight-seater chairlift in Borreguiles and the purchase of 33 modern artificial snow cannons, as well as the digital renewal of the company.

The new eight-seat mechanical lift will replace the Emile Allais chair lift, and, according to Cetursa, it will ‘double the capacity and speed of the current one’. The developing time for this substitution will be two seasons. Also in the area of Borreguiles, there will be a new ‘supergreen’ trail for beginners.
As for the snow cannons, which will be of the latest generation, ‘they will reinforce the production of snow on the El Rio trail, where they’ll replace 14 of the old ones and reinforce the weak points of snow covering of a key slope in Sierra Nevada, especially at the beginning of the season. The 14 M20 cannons that will be removed from El Río will be distributed throughout the rest of the ski area.’

The digital renewal of the resort will include its website, the commerce center, the smartphone app and the information that is given. In addition, throughout the next two seasons, all public services of the resort will be improved: toilets, restoration, access to ski lifts, lockers, galleries and underground parking.
As announced by the CEO of Cetursa, Jesus Ibáñez, Sierra Nevada will also host a competition of the World Cup of Snowboard Cross this coming season, on March 6 and 7, 2020. This last season, there were 29 competitions celebrated at the resort, in which 3,100 athletes participated.
The 2018-2019 season was excellent for Sierra Nevada, with 163 opening days and again exceeding one million skiers, with 17% more than the previous year.