I Love Ski ®
Home News Again this year, the Alps are the main ski destination worldwide 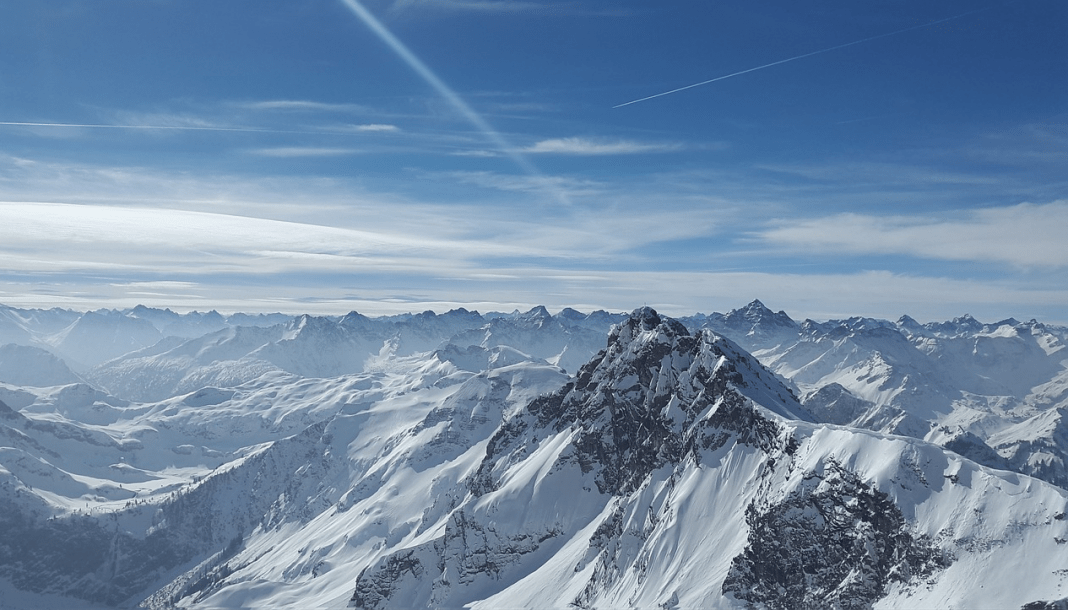 Facebook
Twitter
The Alps are known worldwide as the best ski destination. And it’s justified, since, one more year, the International Report on Snow & Mountain Tourism elaborated by Laurent Vanat has confirmed that the Alps are the main ski destination in all aspects .

The Alps are the main ski destination worldwide: For the number of ski resorts and ski lifts 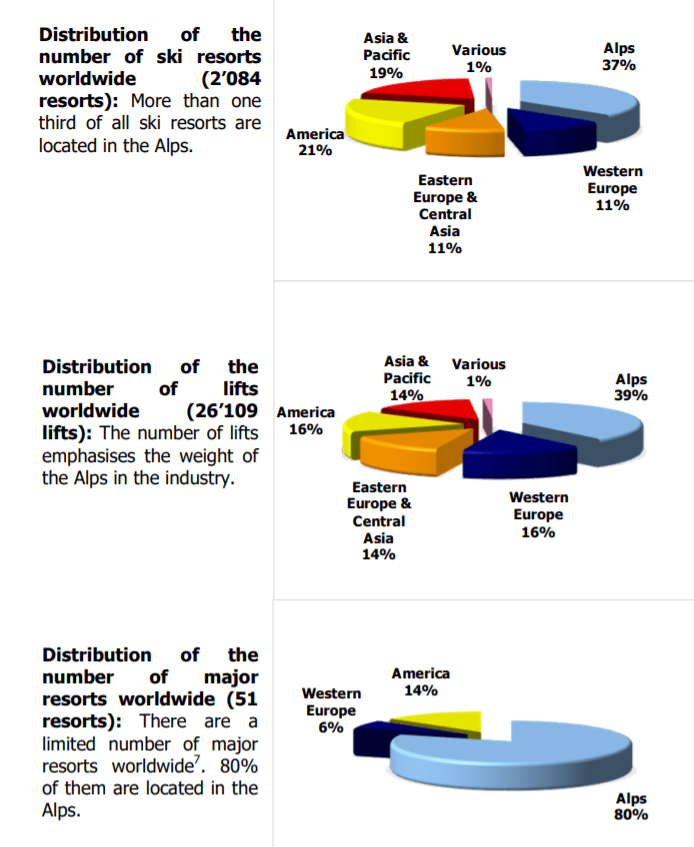 Graphics extracted from the 2019 International Report on Snow & Mountain Tourism

The Alps are the main ski destination worldwide: For the amount of skiers

According to the report, it’s estimated that the number of skiers worldwide is around 130 million, with about 400 million ski days a year worldwide. These figures are considered to be quite stable over the years, since the large markets have experienced a slight increase and new ones have been born, compensating, for example, the dramatic fall in the number of skiers in Japan.
The Alps receive 44% percent of skiers worldwide, a significant figure that accounts for about half of the total. There are countries that don’t have ski resorts but have a lot of skiers that go abroad. Of the 44% of skiers that the Alps receive, only 15% of them come from that area; no other region has such a high percentage of foreign skiers. The regions that export the most skiers are America and Western Europe, both with 24% of the total, but those only receive 21% and 10%, respectively.

What makes the Alps such a popular area?

In addition to being known for their extraordinary beauty, both during the winter and during the rest of the year, the Alps have a lot of mountains which are over 4,000 meters (13,125 ft) high, 49 of them only in the Swiss area. This allows its summits to receive a large amount of snow during the winter season, as well as low temperatures that facilitate the production of artificial snow in case of a dry season.
Therefore, as the report shows, the area has a large number of ski resorts, which provides a great offer to tourists. Due to their great territorial extension, the Alps cross many European countries, which also makes them an area where many different cultures come together, allowing the skier to discover new things when traveling from one area to another. The fact that they cross so many countries is also an advantage in terms of the number of skiers that the mountains receive, since reaching them is relatively easy for the inhabitants of these areas.