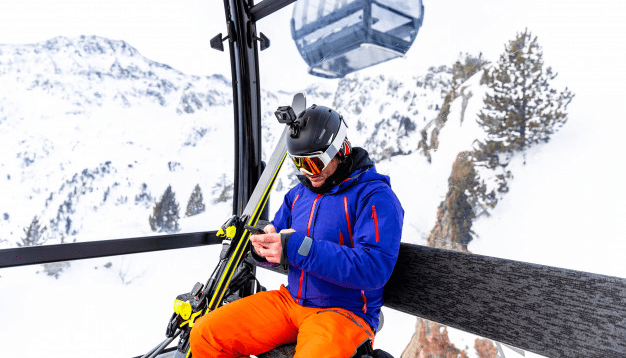 Facebook
Twitter
Photo : Freepik
Nowadays, the presence in social media is very important for any type of company. Through it, any business, association or individual can achieve great notoriety. It is essential to create an online community, especially if you want to reach young people, whose consumption habits include a wide use of these networks.
Just as ski resorts have their own profiles on the main social networks, the different European ski federations have not been left behind. But some are more successful with their social media strategy than others.
The French ski federation, known as Fédération Française de Ski (FFS), has active profiles in the main social networks, where they publish often. Their profiles are dedicated to skiing in general. On Facebook, they have a wide community, since their Facebook page is liked by 34,974 people and is followed by 35,351 people. Their posts usually have dozens of likes. Its Instagram profile (@FedFranceSki) has more followers, about 36,600. It is also an active community, since its publications usually have thousands of likes and some comments. On Twitter, which is a network with fewer users, its community (@FedFranceSki) has 27,300 followers, although these are less active.

Photo: FFS’ Instagram post
Austria is undoubtedly a great power of skiing and a country in which the culture of skiing and other winter sports is very important. This is reflected on their profiles on social media. The Austrian Ski Federation (OESV) has numerous profiles on social networks, since these are segregated according to the different winter sports that they focus on. But even the communities of each profile have a great engagement. We will focus on their male ski team profiles.
On their Austria Ski Team Men Facebook profile, they have 95,232 followers and 95,100 people like it. Its posts are common and usually have hundreds or even thousands of likes, when it comes to a more viral post. On Instagram, the same profile (@AustriaSkiTeamMen) has about 105,000 followers. These followers are a very active community, since their posts often have over 10,000 likes and sometimes they almost reach 20,000. On Twitter (@SkiAustria_Men) they also have an active community, although not as much, with 22,800 followers.

Photo: Austria Ski Team Men’s Facebook post
The United Kingdom has a lot of skiers, but they tend to travel to other countries to go to the snow. In fact, they are important customers of other skiing powers. That is why its national federation, GB Snowsport, brings together skiing and snowboarding. Their community in social media is much smaller. Its Facebook is liked by 7,645 people and followed by 8,173 people. But it’s an active community, since its posts usually have some likes. On its Instagram (@GBSnowsport), the community is similar in size, with 7,624 followers. Due to the nature of this social network itself, they tend to have more likes, so their posts usually have hundreds of likes. In this case, their Twitter profile (@GBSnowsport) is surprisingly larger, with some 17,100 followers, which, despite not being many, are actually quite active.
Representing Italy, the Federazione Italiana Sport Invernali (FISI) also brings together different sports, in this case up to 15 winter disciplines. This way, they have large communities on their social media. Its Facebook profile has 137,762 followers and 136,607 people like it. They tend to have dozens of likes in their posts, but sometimes they end up being thousands when the post goes more viral, for example when the post is a victory in an important competition. On its Instagram profile (@federazione_sport_invernali) they have 68,400 followers. It’s a very active community, with a good engagement, since sometimes its posts get over 10,000 likes and usually have a lot of comments. On their Twitter (@FisioOfficial) they have a smaller community, with about 13,100 followers, but also a quite active one. They usually have likes and some retweets (RT).

Photo: FISI’s Facebook post
As far as Spain is concerned, however, the Real Federación Española de Deportes de Invierno (RFEDI) has not yet achieved such high figures in its social media. Maybe because the culture of skiing in Spain is not so important, despite its many ski resorts and good snow conditions. Their Facebook community is the largest one; its Facebook profile is liked by 10,923 people and 11,290 people follow it. But it’s not a very active community, because they tend to have few likes and don’t usually have comments in their posts. Their most notable posts tend to have dozens of likes. On Instagram, its profile (@rfedinv) has 5,588 followers. It’s not a very active community either, as they tend to have between 100 and a maximum of 400 likes and few comments or none. The situation is similar on their Twitter (@REFDInv), with 5,192 followers and few retweets and likes. The federation also has a YouTube channel where quality content is usually uploaded, but their videos don’t have many visualizations either.
Finally, it is worth mentioning the presence on social media of the International Ski Federation (FIS). The FIS has different profiles in each social network, which focus on different disciplines of skiing. In the case of their profiles dedicated to alpine skiing, they have an important and active online community. Its Facebook profile, FIS Alpine World Cup Tour, has 158,110 followers. Its Instagram profile (@FISAlpine) has more than 255,000 followers and its Twitter (@FISAlpine) has about 83,400. 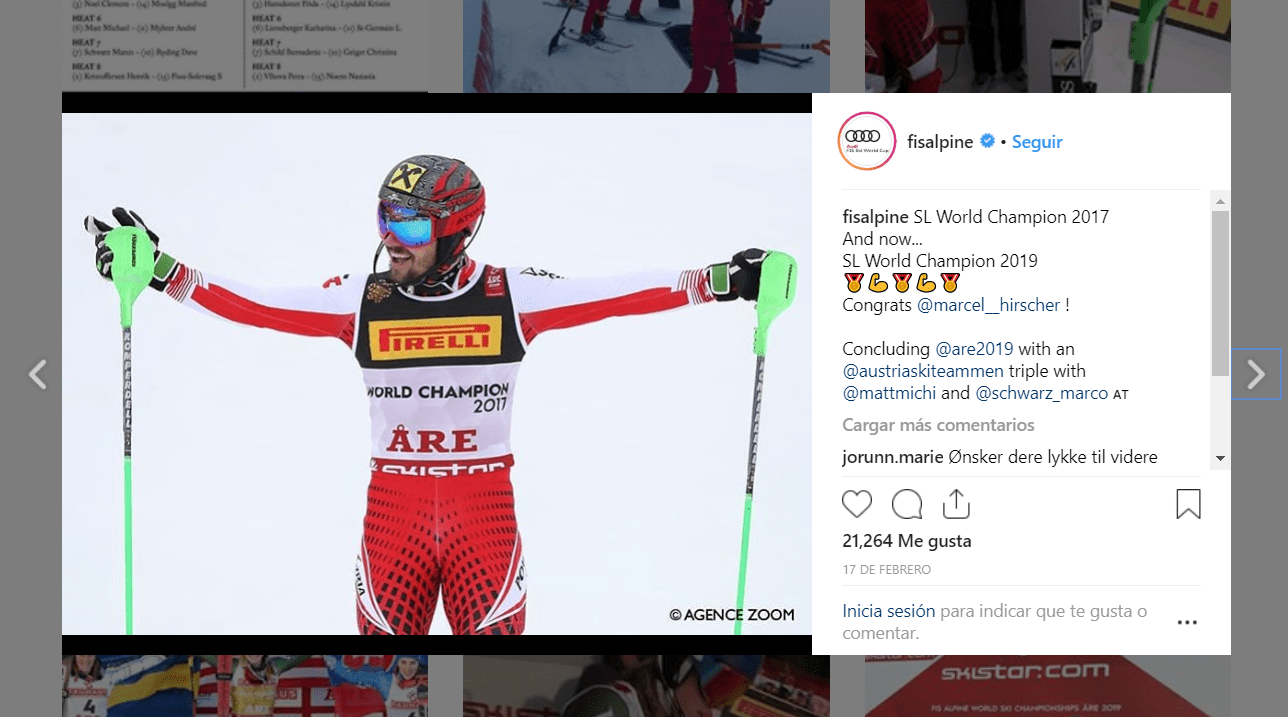