Facebook
Twitter
The mayor of Bourg-Saint-Maurice, Michael Giraudy, convened on Saturday 6 April a rally at 7 a.m. to say goodbye to the British tourists who left on the Eurostar train at the end of their holidays and to show the region’s concern about the economic impact that the Brexit will have on the resorts of the area. A hundred workers from the Tarentaise valley said goodbye to the British with songs, croissants, coffees and signs against the Brexit.
At the moment, the tension keeps both the European Union and Great Britain in suspense. The possibility that this Friday a Brexit “by accident” might take place is a great danger to the ski resorts of the Alps, which will undoubtedly be greatly affected by any type of exit of the United Kindom from the European Union. A large part of the tourists who visit the area in the winter are British.
The inhabitants of the Savoy region, in France, are very concerned about the consequences that the Brexit will cause in the economy of the department. A quarter of the tourists who visit the Tarentaise Valley are British. According to Michael Giraudy, “500,000 British tourists come to ski in the region every winter” and he adds that, in the area, “there are about 1,500 British living in a house. They have rebuilt old houses in abandoned villages. They contribute a great deal to the vitality of the valley.”
British tourists are a very important economic agent for the area. In some stations, such as Les Arcs, the percentage of British customers represents a 50% of the total. According to Giraudy, the British who visit the area are against the Brexit as well and worried about their future. The difficulties caused by the reappearance of customs and the need for visas are also worrying, since there are numerous British tour operators installed in the area.
The Eurostar train is a very important point for the British to arrive to the area. Thanks to this transport, Londoners take 9-10 hours of direct journey to go skiing in the Alps. This has been the case for 7 years, with two trains every weekend that transport a thousand people. As Giraudy explained to Le Figaro, “With the Brexit, it is likely that less people will come here, but if we keep the Eurostar, it will continue to bring people on board. If we eliminate the Eurostar, even fewer people will come, and it could have a great impact in the region.” 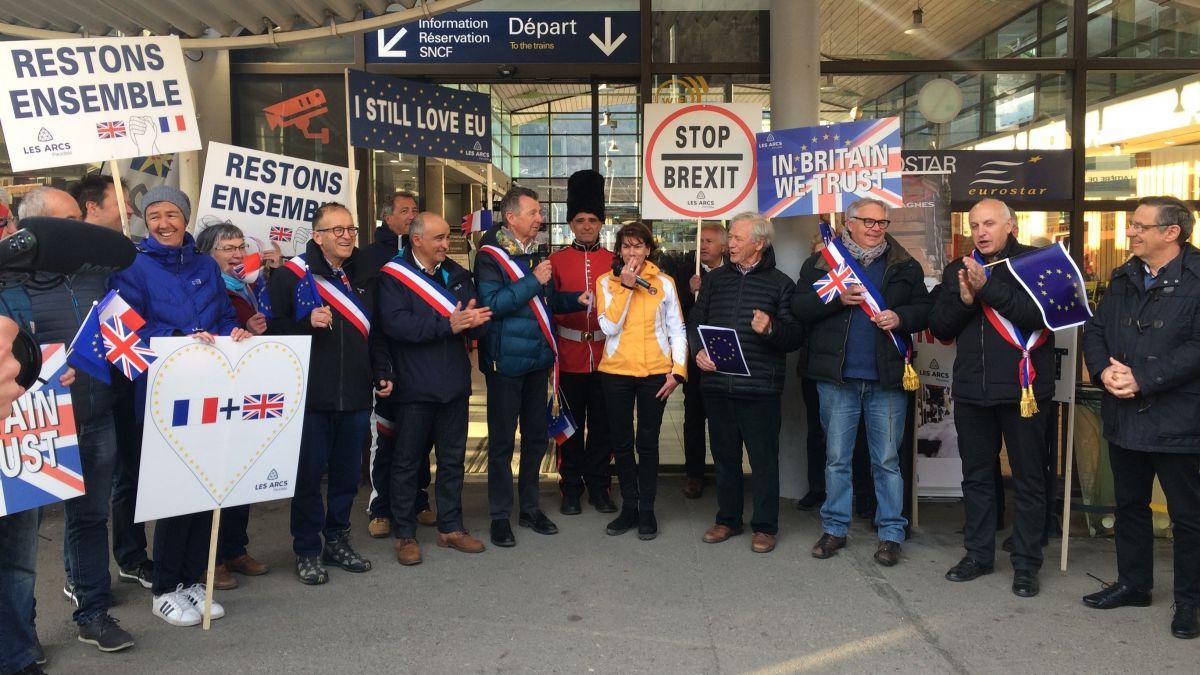