I Love Ski ®
Home News Japan: a reference in the ski world 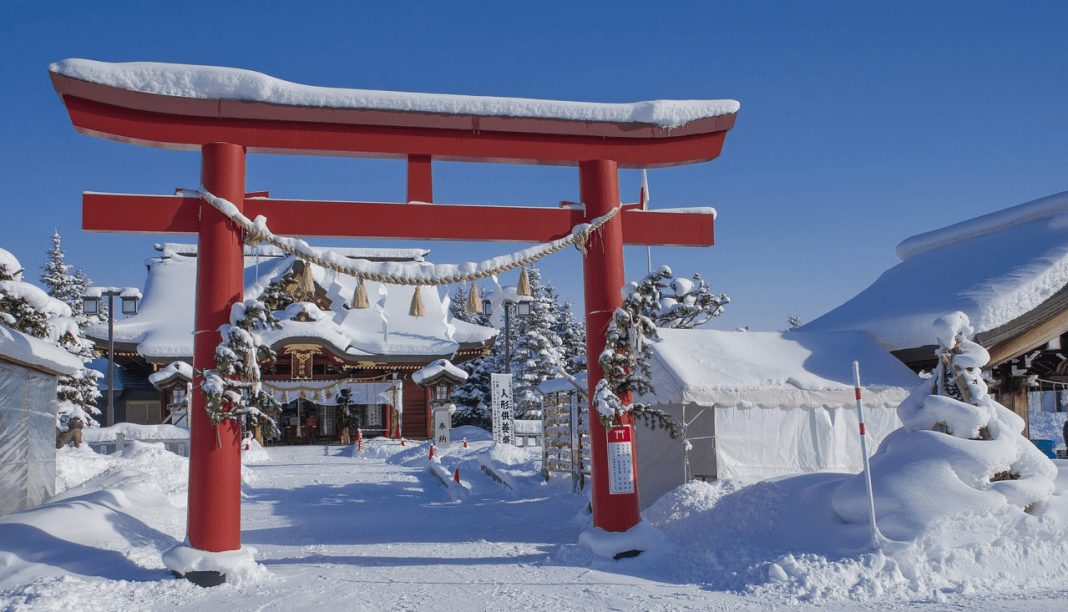 Facebook
Twitter
Truth is, given the ski culture and the abundant ski resorts that exist in Europe, Europeans tend to go skiing always to the same destinations. But, despite everything, Japan is a destination whose notoriety is undoubtedly increasing, with large numbers of growth in tourism in this Asian country. This is because Japan has numerous ski resorts (more than 400, which makes it the second country with more resorts worldwide, after the United States) and with a snow of a very special quality.
We’ve spoken with the manager of the National Tourism Office of Japan (JNTO), Hajime Kishi, who has told us about the most popular ski areas in Japan: “Hokkaido and Nagano are undoubtedly the two most important regions in terms of skiing in Japan. In Hokkaido, the Sapporo Olympic Winter Games were held in 1972 and Nagano also hosted the ones in 1998. As specific ski areas, I would mention the ski slopes of Niseko, Rusutsu and Annupuri, all in Hokkaido. These are the most important areas of the region. In Nagano, the Hakuba area, above all, Happo-One… They are all well-known ski areas both for the Japanese themselves and for foreign skiers. “
Japan is an international destination, to which almost 120,000 Spaniards traveled last year. But, according to Kishi, the majority of tourists who go to Japan only to ski are mostly from the United States and Australia. “Niseko, for example, is especially popular among Australians. In fact, thanks to the wide presence of this type of travelers, Niseko is one of the most international cities in Hokkaido. These Australian tourists also tend to have properties in Niseko; flats or residences that allow them to spend more time there. It also happens with tourists from other Southeast Asian countries, but especially with Australians, ” Kishi explains.
The first ski boom in Japan occurred in 1961, when outdoor activities became fashionable and the annual number of Japanese skiers reached a million for the first time. But one of the reasons why Japan became more famous as a skiing destination was the celebration of the Olympic Winter Games in Sapporo in 1972 and in Nagano in 1998. Kishi explains that, after that great rebound of skiers, there has been a drop in the figures: “In the best times, there were around 18.6 million skiers in Japan; But, now, although the exact amount depends on the source of the statistics, the quantity is between 3.3 million and 4.04 million skiers. Therefore, as the National Tourism Office of Japan, we want to continue promoting the country as a great ski destination. “
But, according to Kishi, the Olympic Games are not the only thing that has produced booms in the number of skiers in Japan: “There was a romantic movie on 1987 titled ‘Take Me Out to the Snowland’, by Yasuo Baba, which motivated a little boom in the 80s, coinciding with the economic peak just before the bursting of the housing bubble in the early 90’s. It is a clear example of how the world of skiing can be promoted through films or other channels.
But I don’t know if in Spain or in Europe that is feasible. Perhaps it’s more complicated because in Europe there are many countries like France, Switzerland or Austria that are big powers of skiing. I don’t know how much Japanese popular culture could influence the travelers to decide to go to Japan. I wouldn’t discard that option, but the truth is that we, as the Tourist Office, tend to move towards more traditional promotion, either through promotion in handouts translated into Spanish or working with travel agencies and the media. “
The National Tourism Office of Japan wants to promote Japan for all travelers and especially for the undecided. “People who know Japanese culture and are attracted to it, for example, to its cuisine and its traditional culture, already know the country and visit it. But we want to reach that audience that may not have as much interest in that part of the culture, but maybe are interested on winter sports, nature, relaxation… Therefore, future tourism campaigns will be focused precisely on outdoor sports and topics such as skiing or snowboarding, as both have many fans in Europe that are looking for new slopes, new types of quality snow… And we know that Japan has many facilities and excellent snow that Will surely surprise them. “
This last season, the snow conditions have been excellent, according to Kishi: “As far as I know, there has been no need to have ski cannons in many areas. Especially in Hokkaido, there has been abundant snow and weeks in which fellow journalists who have been there have come to tell me that some days they weren’t even been able to record at all. It has been a very good season in terms of quantity and quality of the snow. In Nagano we’ve also continued to have snow in the past few weeks and we know first-hand that the quality of the snow has been good. “
But the truth is, as many of you will know, Japan is much more than just snow and skiing, it has an unparalleled culture.