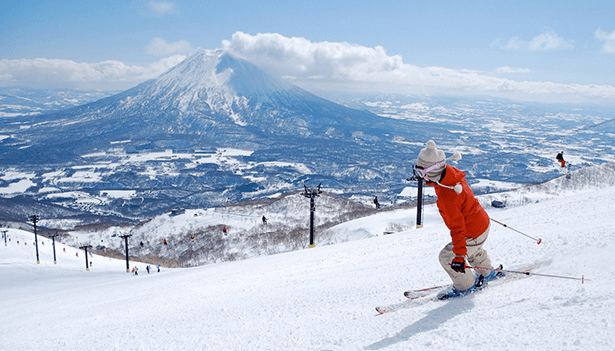 Facebook
Twitter
In order to learn more about this destination, we have spoken with Hajime Kishi, manager of the Japan National Tourism Office (JNTO), who has told us that in Japan there are many ski areas and numerous resorts. ‘In fact, I think it’s the second country, after the United States, with more facilities devoted to the practice of winter sports. But Japan stands out especially, in terms of the quality of the snow, for the famous powder snow of Hokkaido, which is known as japowder or japan snow powder,’ explains Kishi.
Hokkaido is the northernmost island of Japan and, according to Kishi, cold currents from Siberia bring very cold air to Hokkaido in winter, allowing the quality of powdered snow to be spectacular. ‘It’s not the region where it snows most in winter, but it certainly snows enough, making it one of the great regions for skiers,’ Kishi explains. ‘It’s the best area for freeride skiing or backcountry skiing. In other areas, the quality of the snow may be different, more compact, less loose. It is precisely the climatology and the cold currents of Siberia that allow that powder snow of great quality and abundance, especially in the north of the country,’ he adds.
Hokkaido is not the region in which more snow falls, in fact, it’s the eighth region of Japan in the ranking in terms of amount of snow it receives. In other areas of the north, as in Yamagata, in the Tohoku region, much more snow is received. But Hokkaido is undoubtedly one of the best in the country in terms of snow quality. 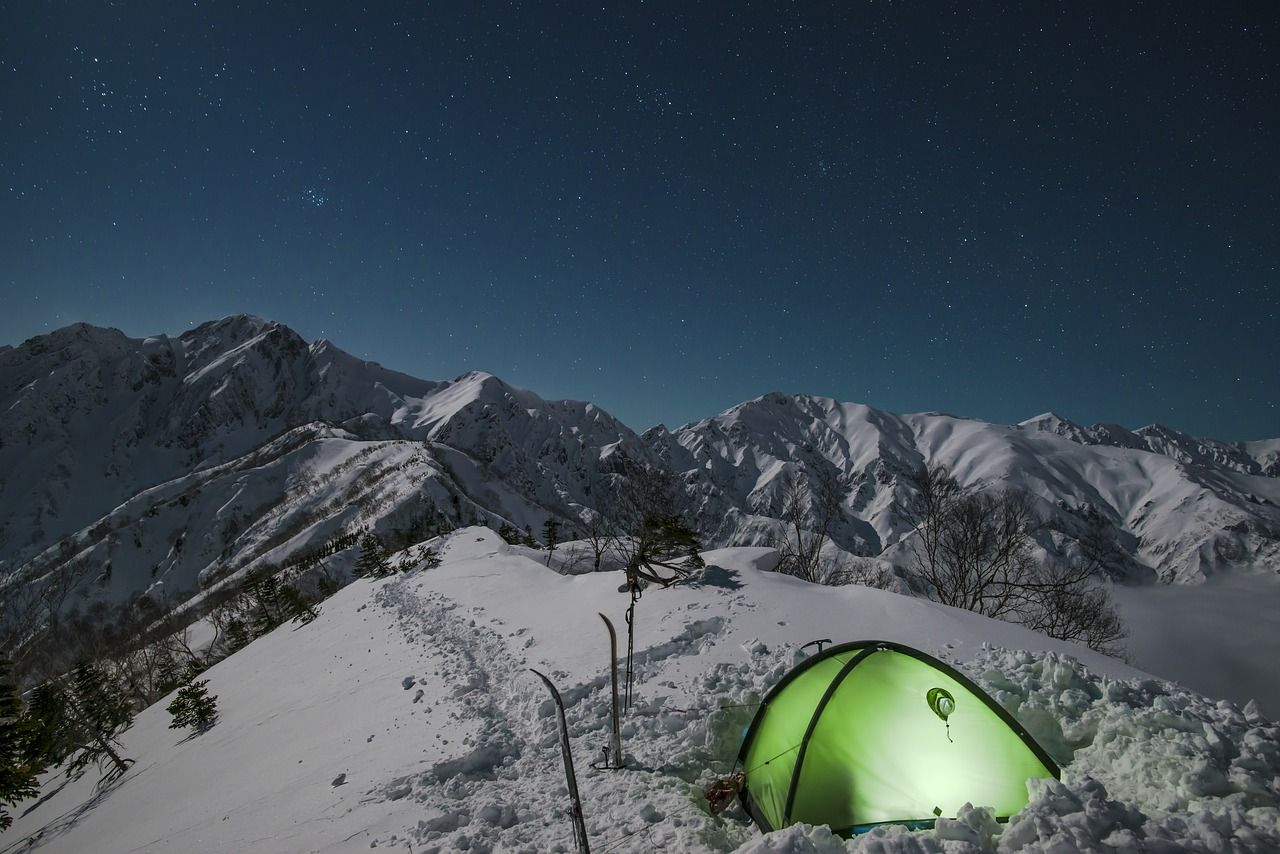 A great advantage of Japan is that you can ski in Hokkaido from the month of November and, with a bit of luck, until the beginning of May. According to Kishi, ‘the ski season is usually much longer than in Spain, in some cases, so it’s a matter of seizing the opportunity.’

Japan, much more than a snow destination

Maybe there are skiers who are only interested in trying the snow of Japan, but we asked Kishi for the best destinations to enjoy skiing and other cultural aspects: ‘I think that both Nagano and Hokkaido offer the same thing for sure: skiing and other experiences. But, for those who want to know a little more the traditional Japan, less touristy perhaps, Nagano is a perfect place. It’s the center, the heart of Japan. There are rural areas, Buddhist temples such as Zenko-ji in the city of Nagano and Shinto shrines of great tradition such as Togakushi, near Hakuba. Precisely the temple of Zenko-ji, one of the best known, is according to tradition the first temple in Japan that housed an image of the Buddha.’
Nagano also draws attention for its impressive landscapes. In addition, nearby we can find places like the famous Matsumoto Castle, probably one of the most beautiful in Japan, as well as natural sites such as the Japanese Alps, one of the main mountain ranges of central Japan. ‘Many people know Nagano precisely because of its natural landscapes and the famous snow monkeys, the Japanese monkeys that we can find in winter that, imitating humans, began to bathe in the thermal baths of natural waters. And, in fact, as a volcanic island, Nagano is a sanctuary of natural thermal baths, known as «onsen»,’ explains Kishi. 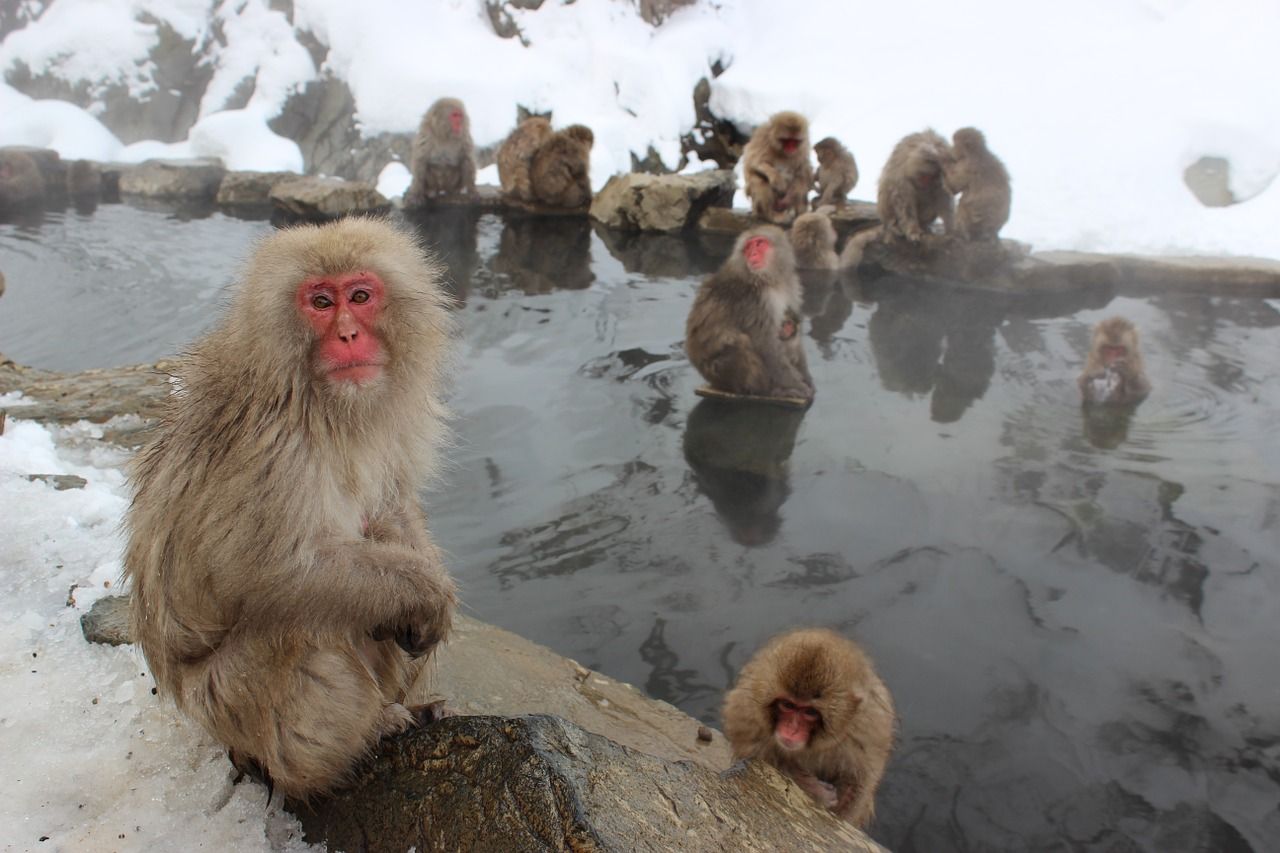 ‘I think Japan is a mix of the best powder snow, for those who want to do off-piste skiing, and relaxation, due to the large number of hotels with onsen thermal baths scattered around the different destinations. And how to forget the gastronomy. There isn’t just sushi and sashimi; there is also, for example, very good meat. There is Gifu meat in the center of Japan and also very good salmon, very good potato and very good seafood in Hokkaido, as well as the famous Sapporo ramen or the famous Hokkaido-style barbecues, called «Genghis Khan». These barbecues, which are not as well known in the rest of the world, can be with fish meat, such as salmon, or grilled lamb.’
Japan is a perfect destination both for traveling individually and in a group: ‘To the skier who travels alone, with his ski boards, or religiously makes a pilgrimage outside of Spain or from Europe to countries around the world, I would say that Japan is a destination that can be visited perfectly on an individual trip, without the need for a guide or being part of a tourist package. But I also encourage skiers who already have a family, since Japan is also a perfect destination for family travel. Beyond the experienced skiers who want to travel to see the famous powder snow, there are also many offers for families, for the hotel, the resort, gastronomic … There are also many theme parks especially dedicated to children, many leisure parks for young people … Our motto is: «Japan: where tradition meets the future». There is a lot of leisure for both those who want to get to know the more traditional Japan and for those who want to get to know the most modern, sophisticated and cosmopolitan Japan of the big cities,’ says Kishi. 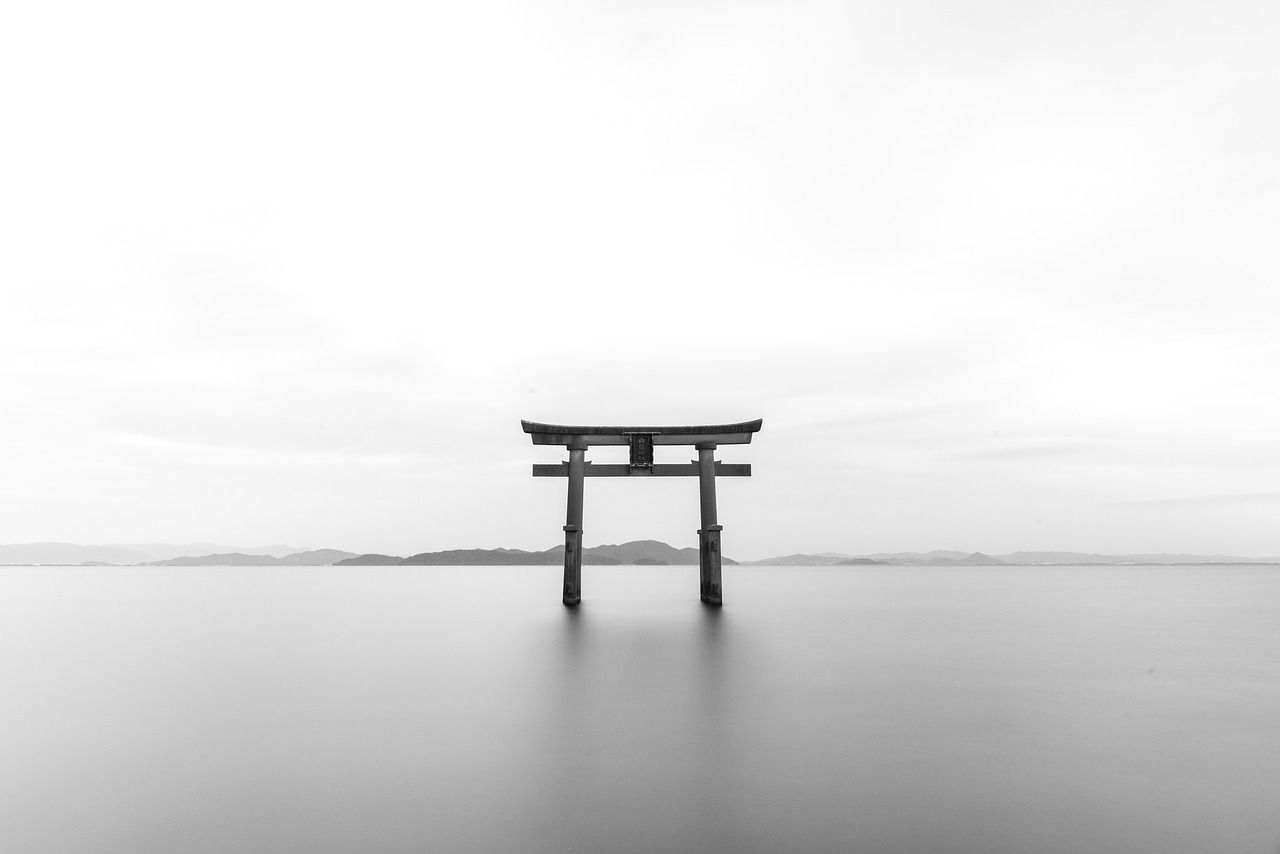 Leave all the excuses behind, go skiing to Japan!

The biggest obstacle when European skiers travel to Japan is without a doubt the distance: ‘Obviously, we can not reduce the distance, but there are now facilities when flying to Japan, such as direct flights from Madrid and other capitals to Tokyo or flights with a stopover that will allow, through Helsinki, to reach Sapporo, the capital of Hokkaido. Undoubtedly, this provides much easier access to destinations such as Niseko or Rusutsu for people who just want to go skiing. The distance may seem at first an impediment, but I must say that I know people who go to places like Colorado or Aspen just to ski, and places like Hokkaido or Niseko are even closer than Colorado. That’s why I do not think it’s a major obstacle.’
If, for example, we don’t want to transport our ski equipment there, there is no problem: ‘There are many specialized ski shops there, either in the destinations themselves or, for example, in Tokyo, so you can rent it right there without any problem’. And as for the price, Kishi gives us the keys to visit Japan at the best time: ‘Japan is a destination for all budgets, with direct flights that can be very affordable outside the peak seasons of summer and Easter, when the greatest number of travelers travel to Japan. December, January and February are especially affordable months and especially good for skiers, during which you can travel individually, as a family or as a group, making Japan a close destination for all tastes.’
Regarding the language difference, Kishi assures that it’s not a problem: ‘Many people think that the main obstacle in their own destiny is the lack of information or indications in English. But Niseko, for example, is now a very international city, where they have been welcoming many English-speaking tourists for more than a decade and it’s very prepared.’
‘One of our campaigns is «Enjoy my Japan». We want all travelers to find the Japan they want to know. We don’t impose anything, nor say that Japan is just tradition and temples or cosmopolitan cities. Precisely, we want to present Japan through the seven passions: art, tradition, the city, nature, relaxation, sports and the world of open air and gastronomy. Each traveler can find the Japan that most interests them. And within that aspect, there are outdoor activities, which include the world of skiing and winter sports’ concludes Kishi.