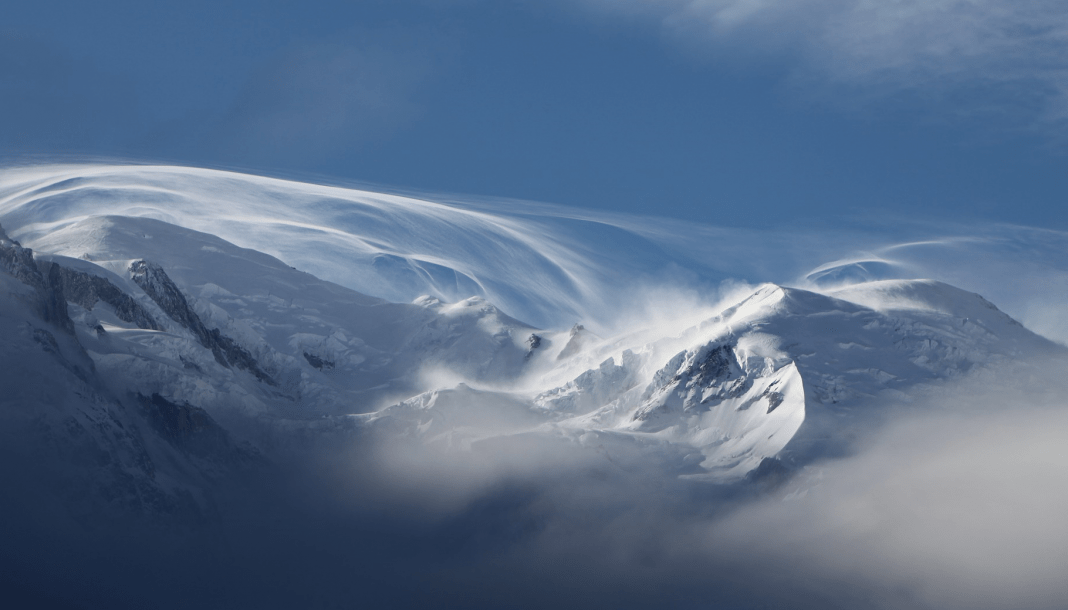 Facebook
Twitter
Good news for all those who want to go skiing during the upcoming Easter holidays: the snow is back. In this article you will find the complete forecast of snow this week so full of snow, in Spain and France.
Despite being in full early spring, from this Wednesday, April 3, there will be a sudden generalized drop of the temperatures. This situation is due to the union of an arctic air mass from Greenland, a storm and several Atlantic fronts. In Spain, most of the Iberian Peninsula will be affected until Sunday, with rain, low temperatures and heavy snowfall. The snow level could drop in some areas to 500 meters (1,640 ft). In France, most of the snow will fall on Wednesday and Thursday. 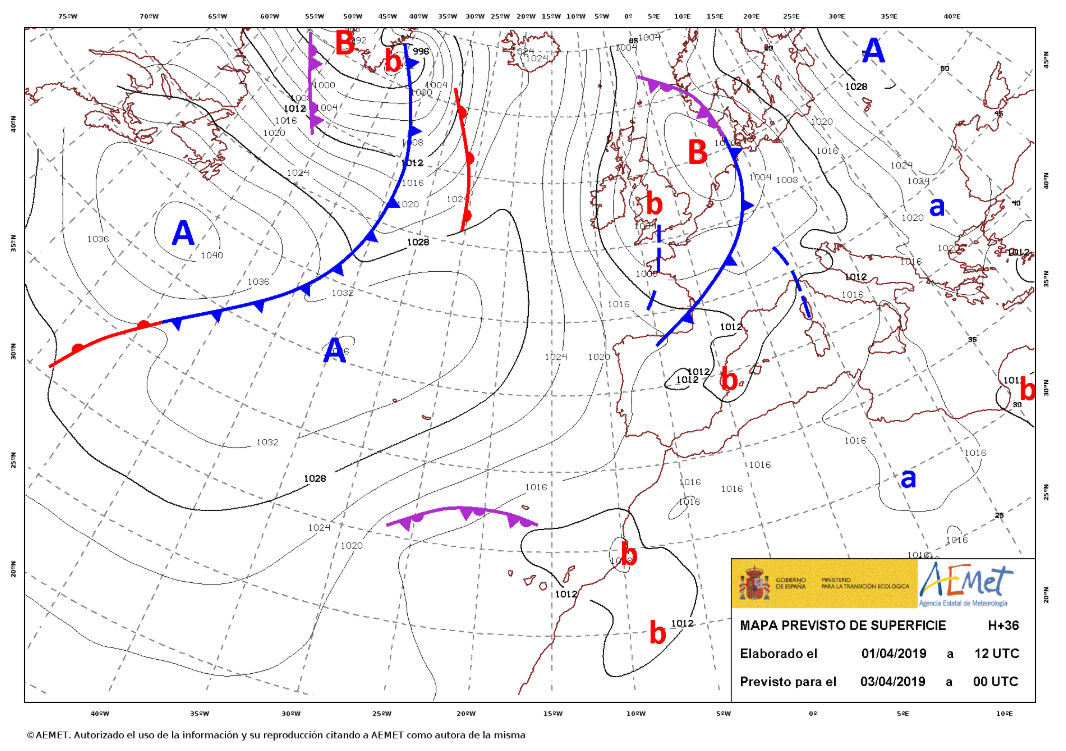 The drop of the temperatures, which is already evident throughout Spain, will cause the temperature to become negative in many areas. Today, Tuesday, it’s already expected to snow in the Cantabrian Mountains and the Pyrenees, with the height between 1,000 (3,280 ft) and 1,200 meters (3,937 ft). Tomorrow, the arctic mass of cold and unstable air will reach the north, as reported by the State Agency for Meteorology (AEMET). Snowfall and possible storms are expected throughout the north of the country, including the Pyrenees area. Late on Wednesday, the snow level will already be between 500 meters (1,640 ft) and 800 meters (2,625 ft) in the Cantabric area and the Pyrenees, as well as between 800 (2,625 ft) and 1,000 meters (3,280 ft) in other areas.
In the whole area of the Pyrenees, it will snow tomorrow, with the level of snow that descends from 1,500 (4,921 ft) to 600 meters (1,969 ft) in the Aragonese Pyrenees and the Catalan Pyrenees and from 1,400 (4,593 ft) to 500 meters (1,640 ft) in the Navarrese Pyrenees. The slight drop in temperatures will cause weak generalized frosts towards the end of the day. On Thursday, weak or locally moderate snowfalls are expected during the first half of the day, with the snow level around 500 meters (1,640 ft), most likely in the Aran Valley, the eastern area of the Catalan Pyrenees, the border with France, Jacetania and Tena Valley. On Friday, weak precipitations are expected again, although the snow level will rise from 800 (2,625 ft) to 1,200 meters (3,937 ft) on the whole Pyrenees area. 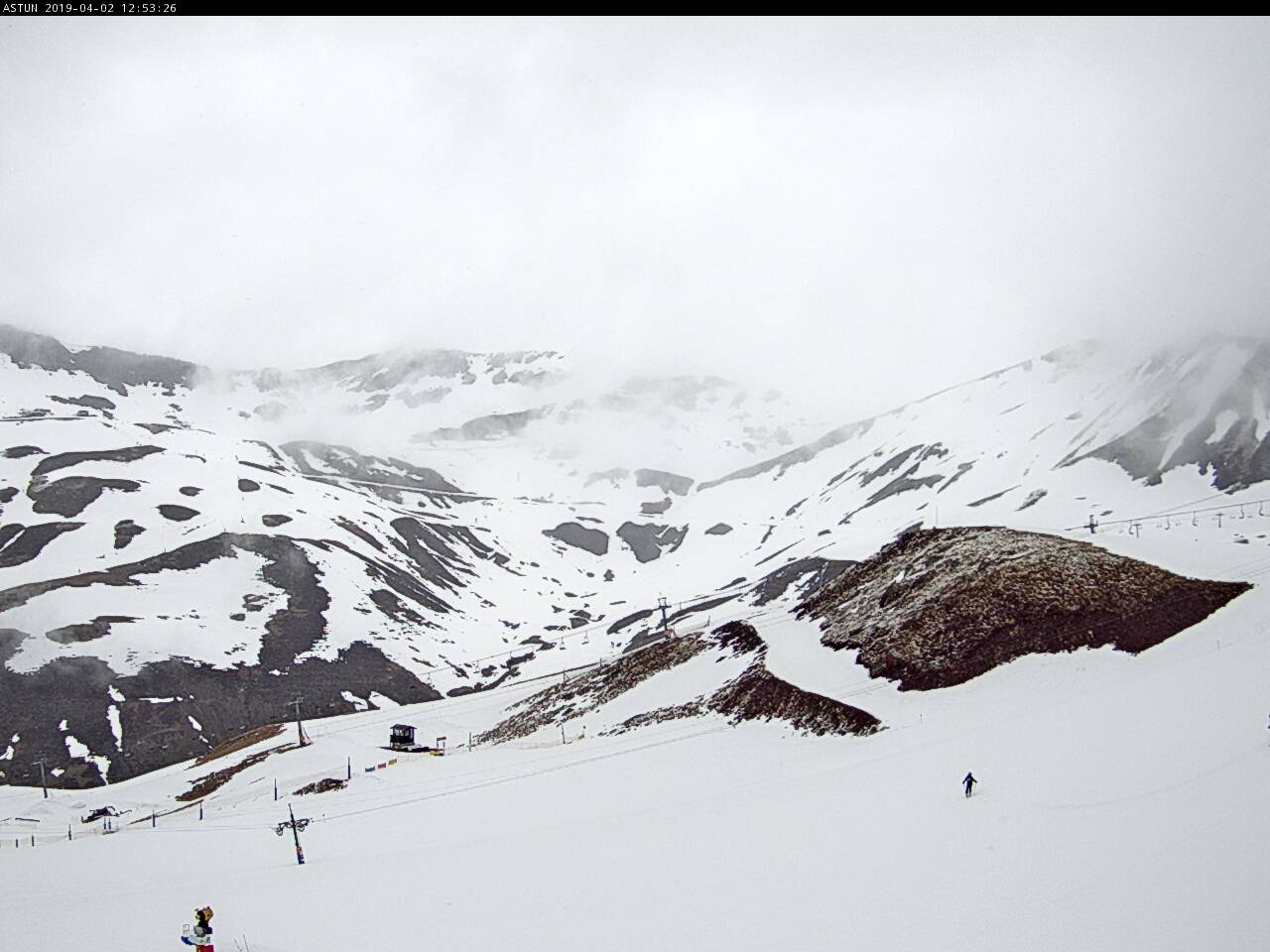 Photo: webcam in Astún – Tuesday, April 2, at 1:00 p.m.
In the Cantabrian Mountains, in Picos de Europa, adding to the snowfall that was already expected this afternoon, we’re also expecting more persistent rainfall from tomorrow, Wednesday, with the level of snow that will drop to 500 meters (1,640 ft) at the end of the day. On Thursday we expect weak rainfall, although the elevation will go up to 1,000 meters (3,280 ft). On Friday, it will snow again, weakly or locally moderately.
In other areas of the country, the snow will take longer to arrive and it will be less copious. In the center, snowfall will reach Sierra de Guadarrama and Somosierra on Friday, when the level of snow will drop to 800 meters (2,625 ft). In the south, on Sierra Nevada, snowfall will be more widespread on Friday, when the snow level will oscillate between 1,000 (3,280 ft) and 1,400 meters (4,593 ft).

If you are thinking about going to France, the snow will also be abundant over there. Starting tomorrow, Wednesday, April 3, there will be a sharp drop in temperatures, up to a 10 degrees fall in just 24 hours, and snowfall is expected with the snow level on 700 meters (2,297 ft) on most of the country on Wednesday and Thursday. As an example of the significant fall, the maximum temperature in Paris was 21 degrees on Monday, while it will drop to 10 degrees on Wednesday.
This is great news for the ski resorts, which will receive plenty of snow, since, on April 6, spring school holidays begin for zone B in France. Today, the first snowfalls were expected in the French Pyrenees and the French Alps, with the elevation at 1,800 meters. The level of snow will fall Wednesday to 700-900 meters (2,296-2,953 ft) on the west part of the country. The snowfall will be widespread throughout Wednesday and Thursday. In the Southern Alps, for example, it is expected that up to 30 centimeters (1 foot) of snow will be received towards the medium mountain during these two days.
In the French Pyrenees, the snow already arrived this afternoon to some resorts, such as Luchon-Superbagnères, and the precipitation will spread to more areas throughout the night. The snowfall will be plentiful on Wednesday on the whole area of the French Pyrenees and, after a break on Thursday, light snowfalls will arrive again on Friday and during the early hours of Saturday.
In the Central Massif, the snow is expected to arrive tonight, although it will be more abundant tomorrow, Wednesday, when it will arrive accompanied by storms in many areas. In this area, it won’t snow on Thursday practically in any area.
In the Jura, the snowfall will be more abundant during the afternoon of Wednesday and until Thursday morning.
In the Northern Alps, the snowfall will also be abundant starting tomorrow, Wednesday afternoon, and during Thursday morning, especially. On Friday, the skies will clear completely again. The same will happen in the Southern Alps, where the snow will be accompanied by rain in many areas. 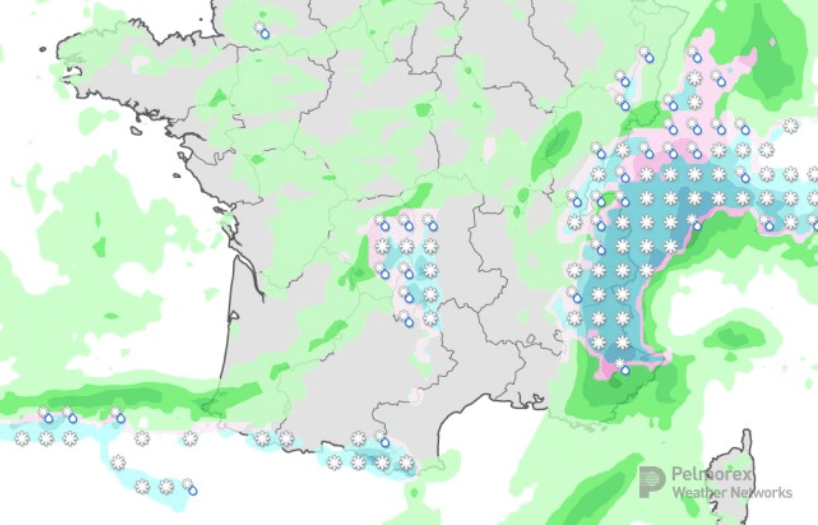