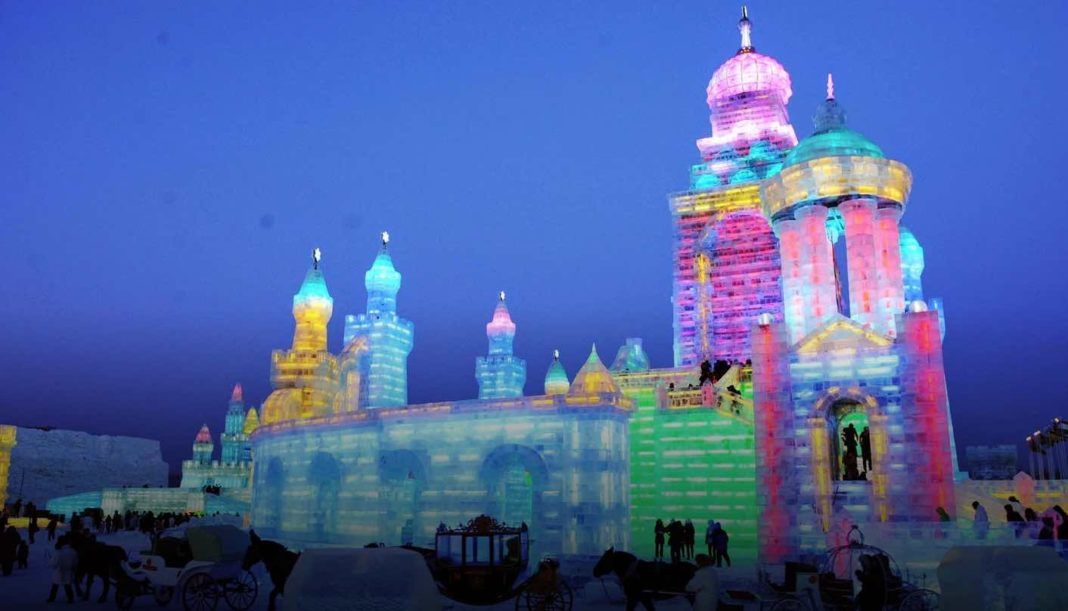 Facebook
Twitter
Photo : Ice Palaces – Harbin (China)
The trend was already pretty common in the United States and Canada, which receive large amounts of snow each year. In countries like Austria or Switzerland, these magnificent ice palaces are already becoming popular. Some are built by digging directly into large glaciers; others are natural gems. The result, in any case, are impressive frozen caves that surprise both adults and children.
These palaces are usually located inside the ski resorts or right next to them, making it a perfect activity to do as a family during a vacation in the snow. Here’s a recommendation of some of the most impressive ice palaces in central Europe.

The Ice Palace of Dachstein

This incredible ice cave, located inside the Dachstein Glacier, in Austria, is no less than six meters deep under the ice.
Inside the cave, you can take a tour that allows you to visit different ice figures that imitate great monuments from all around the world. You’ll find, for example, the Eiffel Tower of Paris or the Rialto Bridge of Venice.
Since its creation, in 2007, it has been open practically all year. Also, if you go visit it between November 2 and May 1, admission is free for all ages. The rest of the year prices range between € 5.5 and € 10. 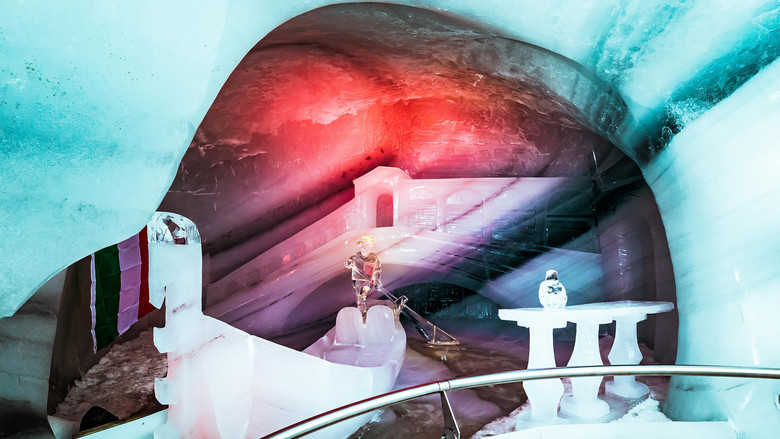 The Natural Ice Palace of the Hintertux Glacier

This cave with huge turquoise ice walls, with a height of up to 15 meters, is located under the slopes of the Hintertux Glacier ski resort in Austria. Its name is due to the fact that this impressive underground ice palace has not been created artificially, although it may seem incredible.
Hidden in its interior, you’ll find multiple ice crystals, stalactites, frozen waterfalls and a glacial lake. There are different tours to see it, from simple guided tours to adventure tours for the most daring.
This unique structure can be visited throughout the year, but don’t forget to bring warm clothes and appropriate footwear, since the temperature is 0° celsius whatever the month is. 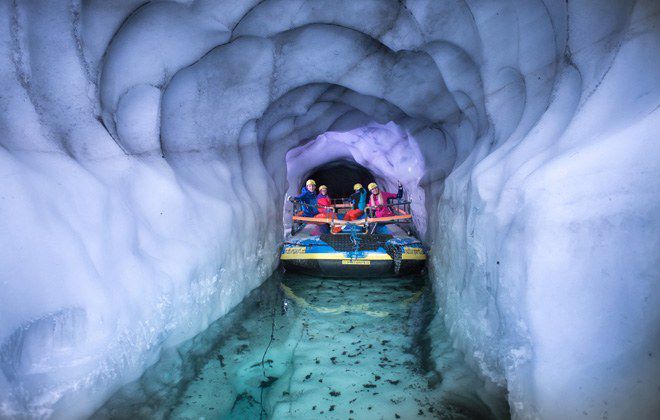 The Ice Palace of Schwarzsee

Ice, snow and colored lights come together to create a magical experience in the Ice Palaces of the Schwarzsee Valley, in Switzerland. Both the palaces (up to 15 meters high) and the sculptures are built each winter in a small forest by the artist Karl Neuhaus.
In this little ice world you can walk the trails and climb wherever you want. In addition, there is a special play area for children. To add more charm to the visit, we can finish it by warming up with the typical cervelat or Swiss sausages.
These huge structures can be visited until about March 10, since, being outside, they depend on the weather conditions. The best time to see them is after it gets dark, as the lights that illuminate them turn them into a real color spectacle. 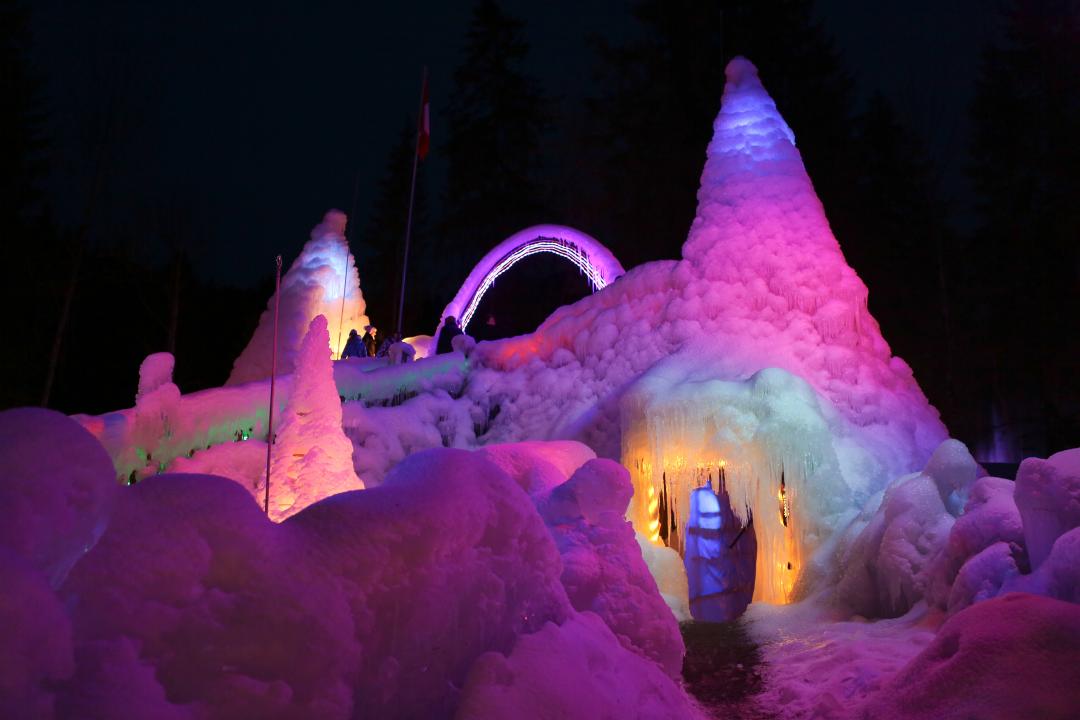 Given this fever of constructions of ice and snow, some European ski resorts are opting to build their own snow castles. These are artificially constructed snow castles specially created as a playground for children, such as the one in Ehrwalder Alm, Austria, or the one in Speikboden, in northern Italy. These snow castles have small slides, games and tunnels.
A magical experience for the little ones in the house, who can enjoy the snow safely beyond skiing. 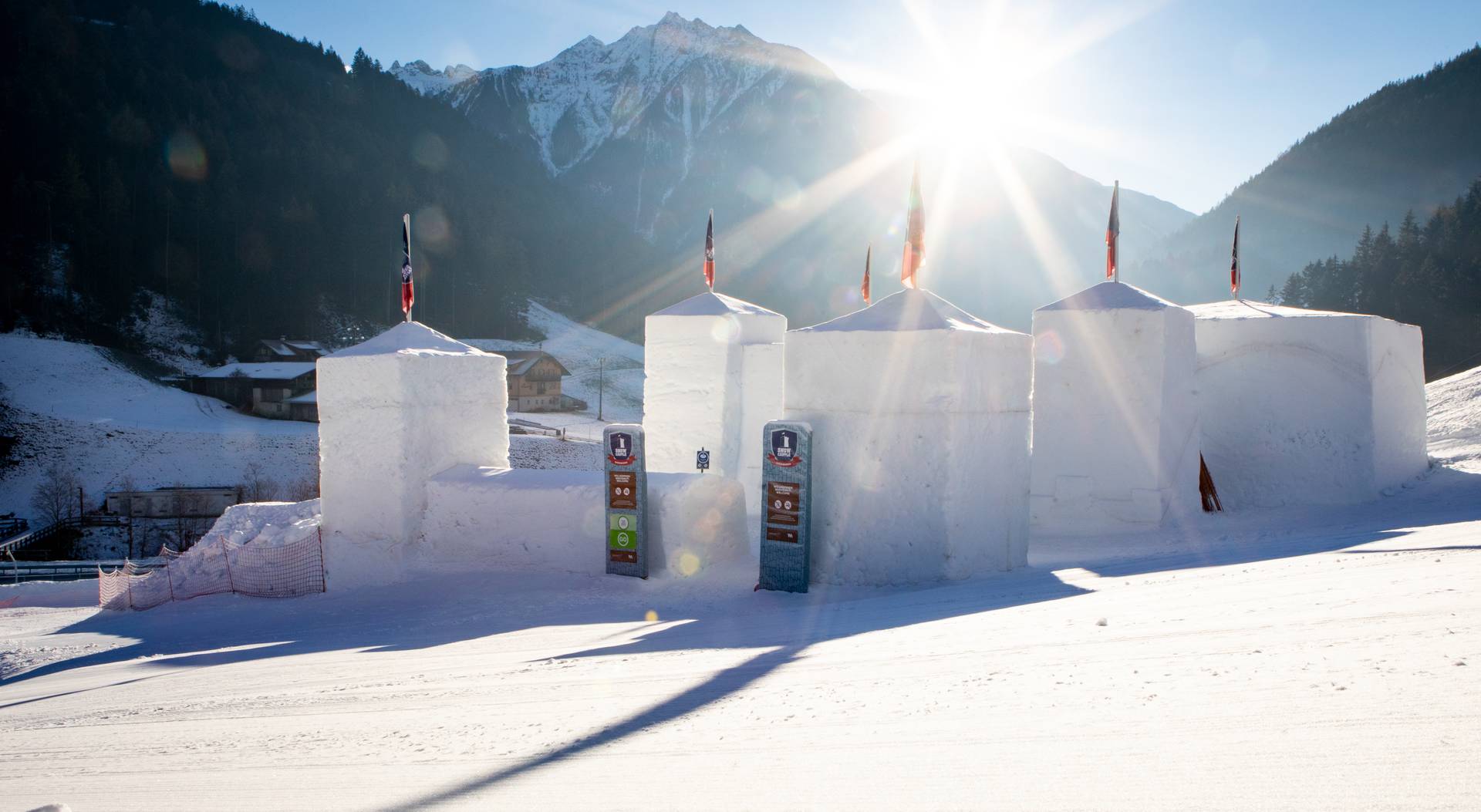