I Love Ski ®
Home News Women on the track 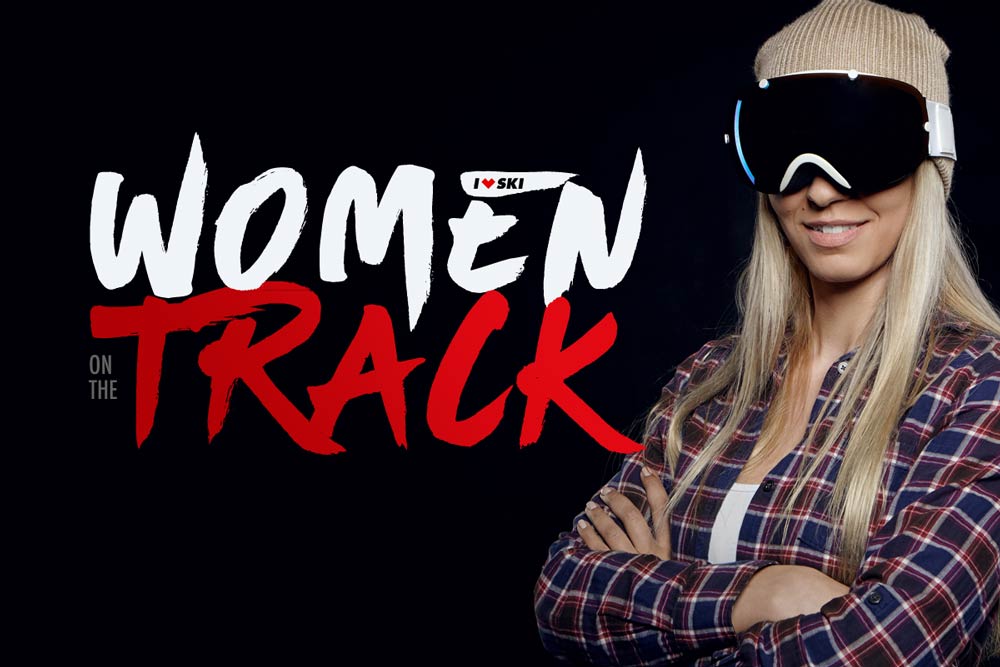 Facebook
Twitter
During the 2017/2018 season, the Métabief resort has had 46 women in its workforce (out of 142 people total), a third (32%) of its total staff. A proportion that increases to 50% when it comes to exclusively permanent staff.
These percentages are relatively stable, even though they tend to increase slightly in technical services. Conversely, there are also a few men who arrive to customer service, positions that were traditionally held by women.

Technical services that get feminized

Despite the absence of women in maintenance or tamping, the proportion of women tends to increase in runway and ski lift services.
In the service of the Métabief runways we find Anaïs, first degree ski patroller. She’s in her fourth season at the Métabief resort. “During the summer season I am a sports educator in outdoor sports, so I had to find work for the winter season. Being from Métabief I ski almost since I learned how to walk; being present and assisting others has always been important to me, so naturally I applied to the Métabief resort as a patroller for a first season. Then I took the technical test followed by the first degree patroller training” says Anaïs.
“I appreciate my working conditions and working with men is not a problem to me on a daily basis. Nevertheless, I must recognize that some sexist ideas and comments remain, even if I don’t pay attention to them. During my seasons at the Métabief resort, I have never encountered important physical difficulties” she adds.

As far as the ski lifts are concerned, Sara, 37, is a seasonal worker at the Métabief resort since December 2014. She used to work in medical and psychological help at nursing homes, but she chose to leave this professional environment and go work at the resort in order to change her life and to get closer to “her” mountains and to ski.
She’s currently a detachable chairlift responsible during both summer and winter, as she has ascended little by little: “I started as an operating agent and I had the opportunity to quickly get trained in controlling first fixed-grip chairlifts, then detachable chairlifts.
I do not think that the fact that I am a woman has prevented or boosted this progression at any time. I became interested in my work and I did the best I could to fulfill the missions entrusted to me; my professional evolution followed. There are some moments or comments that I think would’nt happen if I were a man, but most of the time I really don’t see the difference. Doubtful jokes or misogynous remarks happen rarely, but they do exist.
The essential thing for me is to do the job, with the pleasure and the constraints that it implies! And I think that being a woman does not change the quality of the work I can do” she says.

In the ski areas the jobs require a certain level of commitment, sometimes depending on the meteorological conditions or the customer service. According to Olivier Erard, director of the resort, “the women’s approach helps to calm certain situations. When there is a woman in a team, unconsciously there is a vigilance from the men. They bring a certain calm”.
For her part, Anaïs expresses great humility on this subject: “In my opinion, I don’t see the fact of being a woman as a benefit or an inconvenient. We are complementary: I try to bring the benevolence and listen to the victims in pain”.
Words confirmed by Sara, from the ski lifts: “There is in general no difference for me between men and women in everyday life or in the job I do. Interest, curiosity, desire to learn, professional conscience and knowing how to behave are subjects for which gender doesn’t count. I believe that we must occupy the same place and that we must be offered the same opportunities. It is therefore difficult for me to express myself by trying to find the difference, since I make sure that there is none!”.
In Métabief, the mix is very important. Although there is no particular strong action to feminize the mountain, there is no discrimination against women either. “There are fewer and fewer positions that require physical strength. We reduce physical forcing, and this has the effect of offering equal opportunities for men and women.”
In general, women are very poorly represented in certain jobs because of the working conditions (as in tamping or snowmaking) which make it necessary to work at night or with schedules that are difficult to reconcile with family life.

Barriers to the feminization of the mountain

According to Olivier Erard, the barriers are no longer physical, nor a matter of cultural skills or integration into the mountain environment. Today the obstacles are “purely logistical”.
In Métabief, 31 out of 46 women are under 34 years of age, representing more than 67% of the total number of women at the resort. Beyond age 35, we find mostly men. “What prevents the feminization of the mountain is above all the social model. In order to remove these obstacles, we should develop childcare, set up services that facilitate the organization of a family. It works in other areas of activity, why not in ski resorts? For certain months of the year it’s not easy, but neither is it impossible to imagine”.
The mountain sector has been largely modernized in recent years, giving priority to competence before gender. As far as private life is concerned, it is still difficult for women to reconcile it with professional life, especially when the latter is seasonal.
The notion of equality between men and women refers more broadly to a choice of society, to a change in the place of women and to a vision of society that needs to be changed.