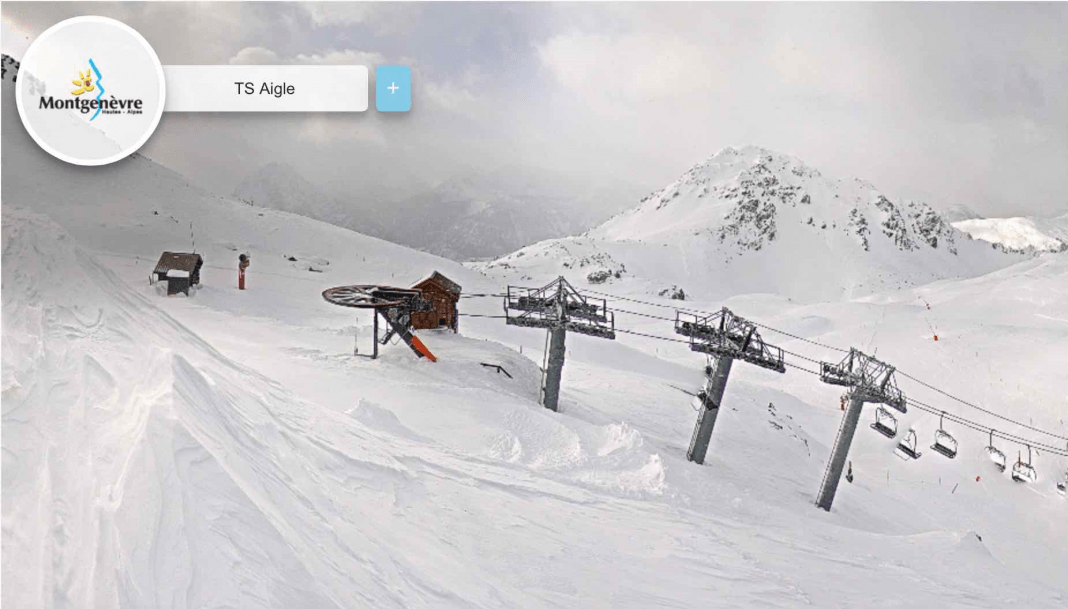 Facebook
Twitter
Image: webcam of the chairlift of Aigles in Montgènevre (10/12/2018)
Montgenèvre, one of the privileged resorts of the Southern Alps, has once again been chosen as one of the snowiest ski resorts in France. Its location, on the border between France and Italy, as well as its orientation mean that every season this historic resort in the Southern Alps swims in virgin snow.
The international resort of Montgenèvre offers two different areas for the practice of alpine skiing, with its skiing domains connected: Grand Montgenèvre and Monts de la Lune (the latter is the link with the Milky Way (Via Lattea).

Montgenèvre : The fifth ski resort with the most snow in France

In total, there are 400 kilometers of slopes for all levels and tastes. Yes, you are not wrong, this ski resort, with its ski area Via Lattea, is the fifth largest in the world!
But the ski resort of Montgenèvre is not only famous for its interconnected slopes that allow you to tour between France and Italy thanks to its interconnected paths comfortably; It is also recognized for receiving generous snowfalls every season. For example, this weekend accumulated almost 20 cm of powder snow, which represents a sufficient amount to strengthen the snowpack on the slopes of the resort.
The fifth ski resort with the most snow in France, currently has 80 cm at the foot of the slope, at 1,860 meters above sea level, and 120 cm of snow on the top of its mountains.
The risk of avalanche is currently 3/5 in the resort, with the instability of the snow cover on some slopes related to strong gusts of wind that accompanied the snowfall of recent days.
Source: I Love Ski – Hauteurdeneige.com – 8 and 9 December 2018. 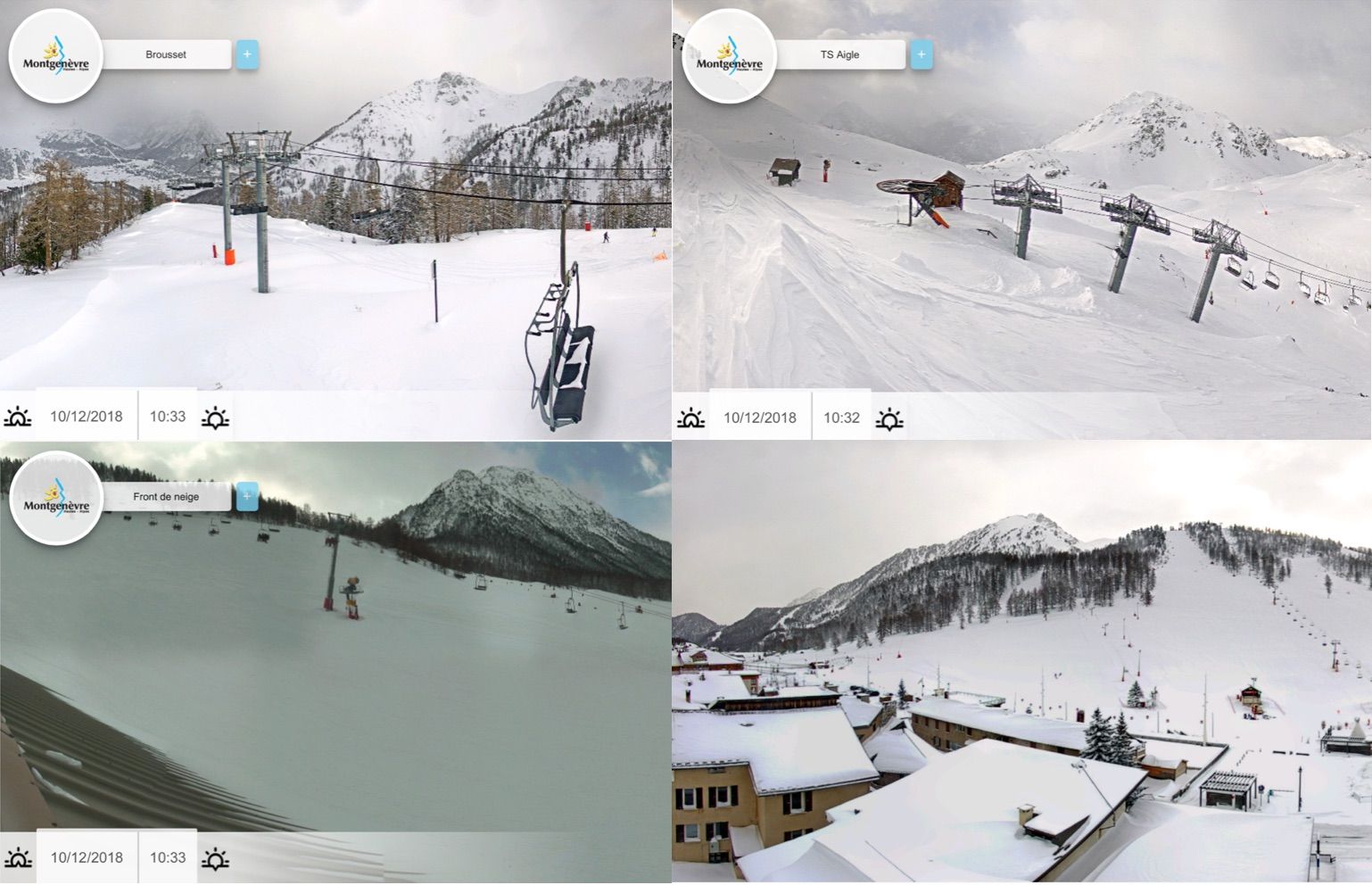 Image: Webcams of the ski resort of Montgenèvre – 12/10/2018
The ski resort of Montgenèvre has been open, without interruption, since December 1, with 8 open lifts, which facilitated access to 5 green slopes, 2 red slopes and 1 black slope. The various Via Lattea connections are currently closed, but the resort is working hard to offer the maximum number of slopes and open connections for the Christmas holidays.

The sky seems to be on the side of the resort of Montgenèvre, with particularly favorable weather forecasts to prepare the holidays with a smile: sun and cold at the beginning of the week to facilitate the production of artificial snow and the return of snowfall from the morning of Wednesday.
If you had doubts about where to go to ski this Christmas, you know that Montgènevre is a great option, given that natural snow is safe.
Source: Snowforecast – Montgenèvre weather forecasts