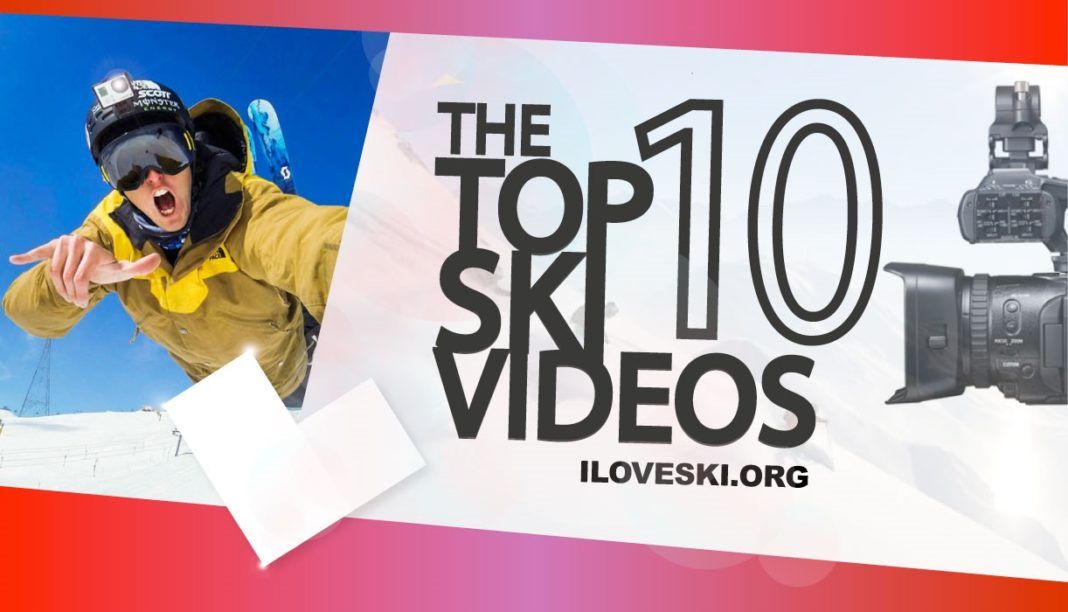 Facebook
Twitter
We start with our selection of what we consider, the best ski videos, where you will find extraordinary snowy mountains, unlikely tricks, eternal jumps, descents of powder snow, or unique and curious images, like a reindeer attacking snowboarders or Jesper Tjäder defying the laws of physics. Low the lights, maximize the video size, connect the headphones and enjoy:

The new modules installed in the snowparks are classified by leve lof difficulty trying to make them accessible and attractive for the athletes who use them. This module has attracted our attention in particular for its difficulty. Looping seemed to be reserved for the videogame field but it has not been like that. This looping module is very real and the Rider Jesper Tjäder manages to grind it after several attempts.
Would you dare to try?

In Wyoming ski resort, in the heart of the mountains of the USA, it is common to find native wildlife on the ski slopes. Unfortunately, not all pictures are idyllic and some animals feel uncomfortable with our fortuitous presence in their natural habitat. Certain ski resorts are in natural settings inhabited by large groups of reindeers. The size of these animals may impress, and the shock can be even greater, if we find them moving towards us while we slide the slopes of their home.

3. Promotional video of the ski resort of Obergurgl (Austria)

The promotion of ski resorts through promotional videos seems to have no limits. The advertising techniques used aim their efforts to attract constantly the customer as well as to introduce the resorts to skiers as disruptive ski areas. One of the most surprising was the one made by the Austrian ski resort of Obergurgl, where a group of skiers is assaulted by zombies in a very successful action scene, full with special effects.

A skier with his own style. The appearance of Candide Thovex, probably marked a watershed in the way of conceiving an off-slope descent. He is the only rider who has managed to win three gold medals in the Winter X Games in three different modalities (Big Air, Superpipe and Slopestyle) and, afterwards, the Freeride World Tour. The Frech Rider’s memorable descents, jumps and acrobatics have a personal stamp, he managed to sign with outstanding in this fantastic video that surely you already know, but that you won’t mind to see again.

Directed by Etienne Mérel and Produced by Mathieu Soumet, this masterpiece presents some of the best riders of the moment in exceptional and beautiful snowy sites. The Faction Collective surprises us again with aerial images that give vertigo and a soundtrack that will accompany us in this excellent report that exceeds 45 minutes of scenes where the mountain and snow are the protagonists.

Acclaimed writer / director Ben Sturgulewski joins the award-winning Matchstick Productions team and his two decades of filming experience to offer “RUIN AND ROSE”, an epic and creative vision of skiing created from talent that features some of the most important skiers of the world. Winter landscapes across the planet contrast perfectly with a well-crafted history of environmental apocalypse, shot entirely in the otherworldly expanses of the African coast. Presented by Under Armor in 4K resolution, “RUIN AND ROSE” features veterans and newcomers, including Sander Hadley, Russ Henshaw, Eric Hjorleifson, Mark Abma, Sammy Carlson, Markus Eder, Zack Giffin and Lukas Joas, among others.
This fast-paced film was shot in Alaska, Austria, British Columbia, Bulgaria, California, France, Switzerland and the deserts of Namibia.

The film follows the perspective of an athlete while embarking on a trip to one of the most remote and unexplored mountain chains on the planet, the Albanian Alps. While the destination of snow in Albania seems to be the ultimate goal, it is the collective of Riders, experiences and the variety of places that are traveling around the world that will enrich this adventure where image and music will keep you stuck to the seat. The Purcell Mountains of British Columbia, Kamchatka and the mountains of Montana are some of the places where this intense video produced by REI has been shot.

Numinous explores the relationships and connections with the natural world that are necessary to dance through snow-capped mountains. The shots have been taken in the most remote mountains of British Columbia. Numinous follows Kye and a group of snow mates in the heart of some of the most aesthetic and demanding landscapes on the planet. This piece has been the winner of the “Movie of the Year” of 2017 awarded by the magazine Powder Magazine; and the “Skier of the Year” award, also in 2017, positioning Kye Petersen as the best Rider of last year according to the magazine Freeskier Magazine.

In a humorous tone, Matchstick introduces a video full of falls imitating an advertising spot for a medicine, which will allow us to face and overcome our fears in the snow. A piece of comedy, where we will see the fake shots of some of the best videos produced by skimovie.com