I Love Ski ®
Home News Ski and snowboard injuries
Facebook
Twitter
The increase in accidents on the ski slopes concerns both those responsible for ski resorts, and users who visit ski resorts season after season. More than 200 million people in the world practice Alpine skiing and / or snowboarding and in Europe the number of practitioners is constantly increasing.
The aforementioned increase in general sports practice, the massification of ski resorts in certain periods, the increase in practicing extreme sports such as freeriding and freestyle… are just some of the factors that cause numerous injuries at the ski resorts around the world.
Blows, bruises, sprains and breaks are some of the words that we do not want to hear when we decide to spend a few days of vacation in the snow, but should we really pay attention to injuries in the snow? If you have any doubts, here are some scientific data as well as recommendations to avoid ski and snowboard injuries.
According to the latest scientific papers relating to injuries to children and adults in the snow, the prevalence of shoulder girdle injuries occurs twice as often in adults as in children, both in Alpine skiing and snowboarding (Ekeland, Rodven and Heir , 2018). In the same study, where a total of 1603 children under 12 and 3202 adults, over 20, were analyzed, it was observed that knee injuries were twice as frequent in adults as in children. 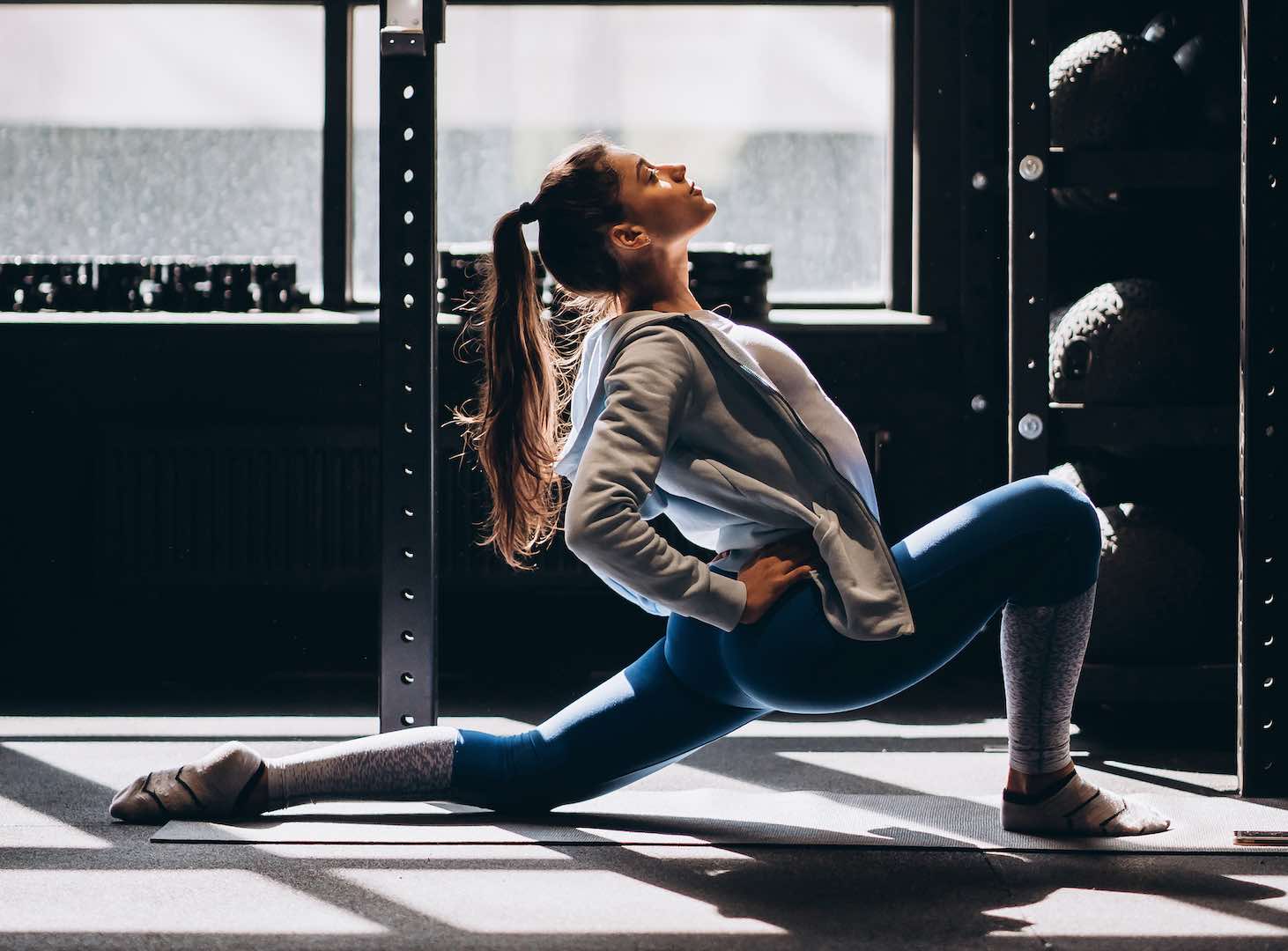 However, ski injuries of the tibia and fibula, as well as wrists, were much more frequent in children than in adults in Alpine skiing and snowboarding. In the same way, there was a greater presence of injuries in areas destined to freestyle, such as snowparks, showing a higher rate of injury in young people than in adults. 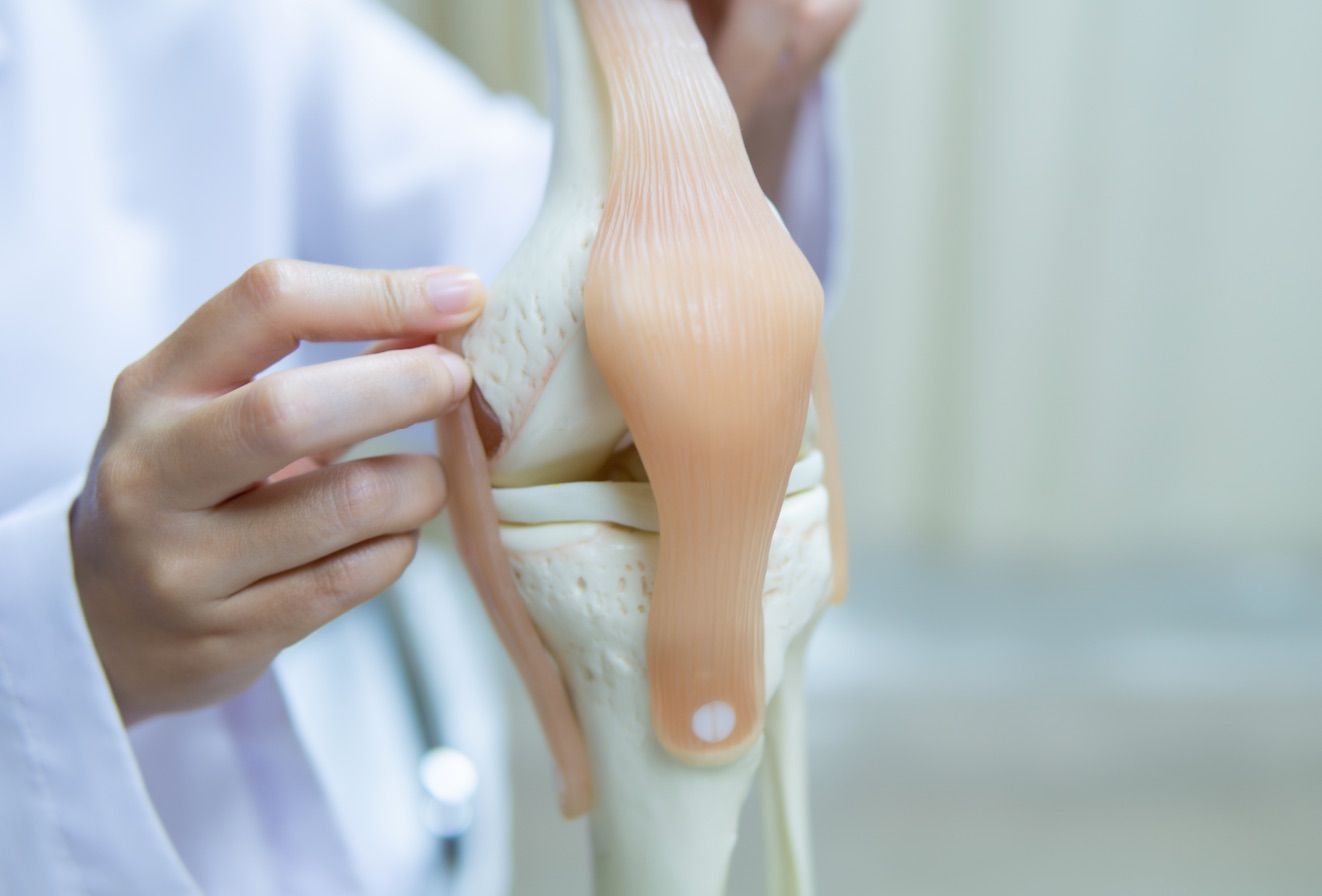 The origin of the ski injuries and snowboard injuries

Perhaps the biggest disappointments we can find on a ski trip, is that one member of the group is injured. There are different factors that can increase the likelihood of injury in a trip to the snow. Below, you will find some of the main causes, as well as some recommendations:

Performing physical activity on a regular basis, including exercise and sports in the life habits of the practitioner, will help prevent injuries in their trips to the snow. Including cardiovascular and strength exercises in our weekly routines will help to increase the tonicity of the lower and upper body muscles, improving not only the sliding experiences on our skis, but also modulating the risk of injury in fall, impact and unwanted twist situations.
An adequate warm-up before performing physical activity is key to the prevention of injuries; this will also increase our heart rate, favoring the irrigation of our neuromuscular system as well as its total activation before starting to descend. 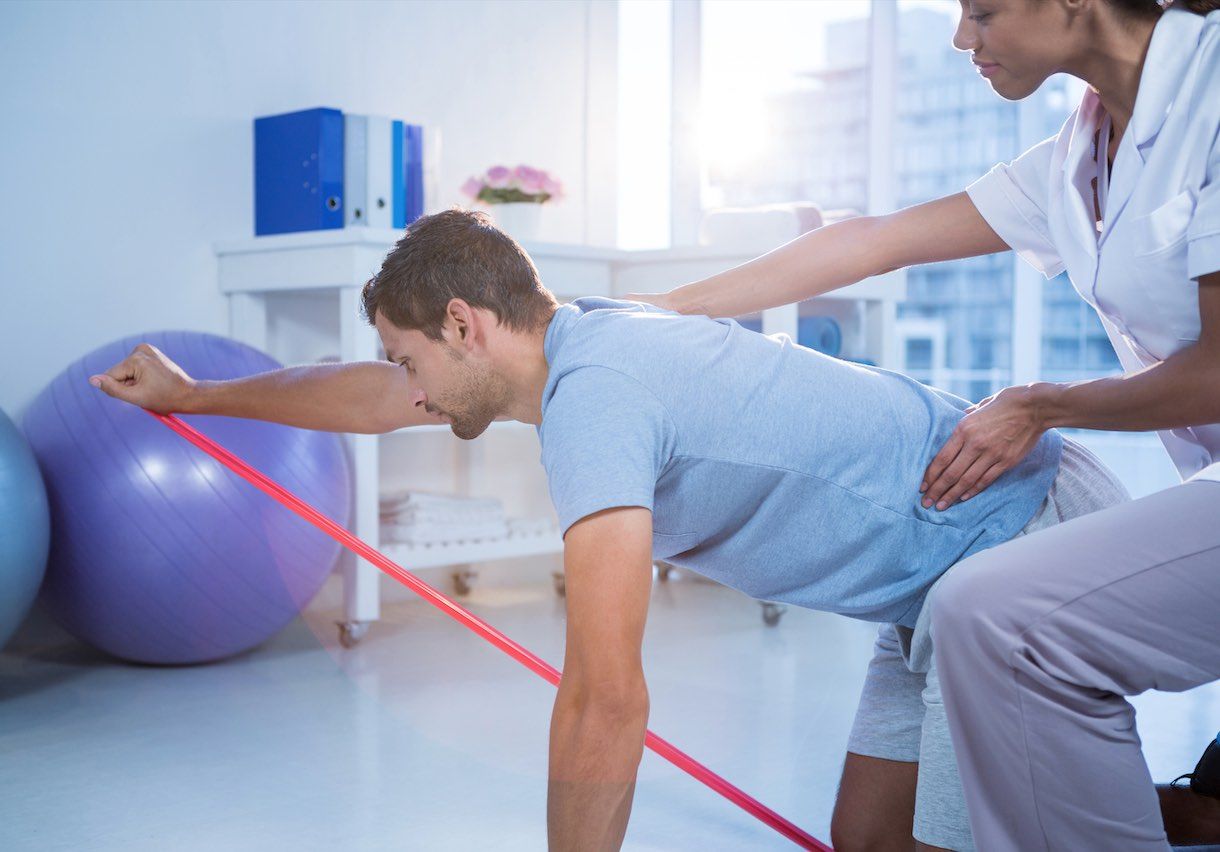 Performing joint mobility exercises, controlled rotations of the torso as well as flexo-extensions of the legs after getting off the skilift should be habits to include every day before skiing and enjoying the white slopes. After skiing, including a phase of return to calmness will help reduce the acidity of our muscular system, avoiding the famous soreness and pain after sports in snow. Finishing by performing sustained stretches will also help to maintain our flexible and ductile muscles, favoring their recovery.

“Overuse” injuries are also frequent in Alpine skiing and snowboarding, since certain patterns of movement are repeated when descending, and when repeated, can cause a fatigue moment that can trigger an injury when this movements and the technique stop being executed, in an appropriate way from the biomechanical point of view. 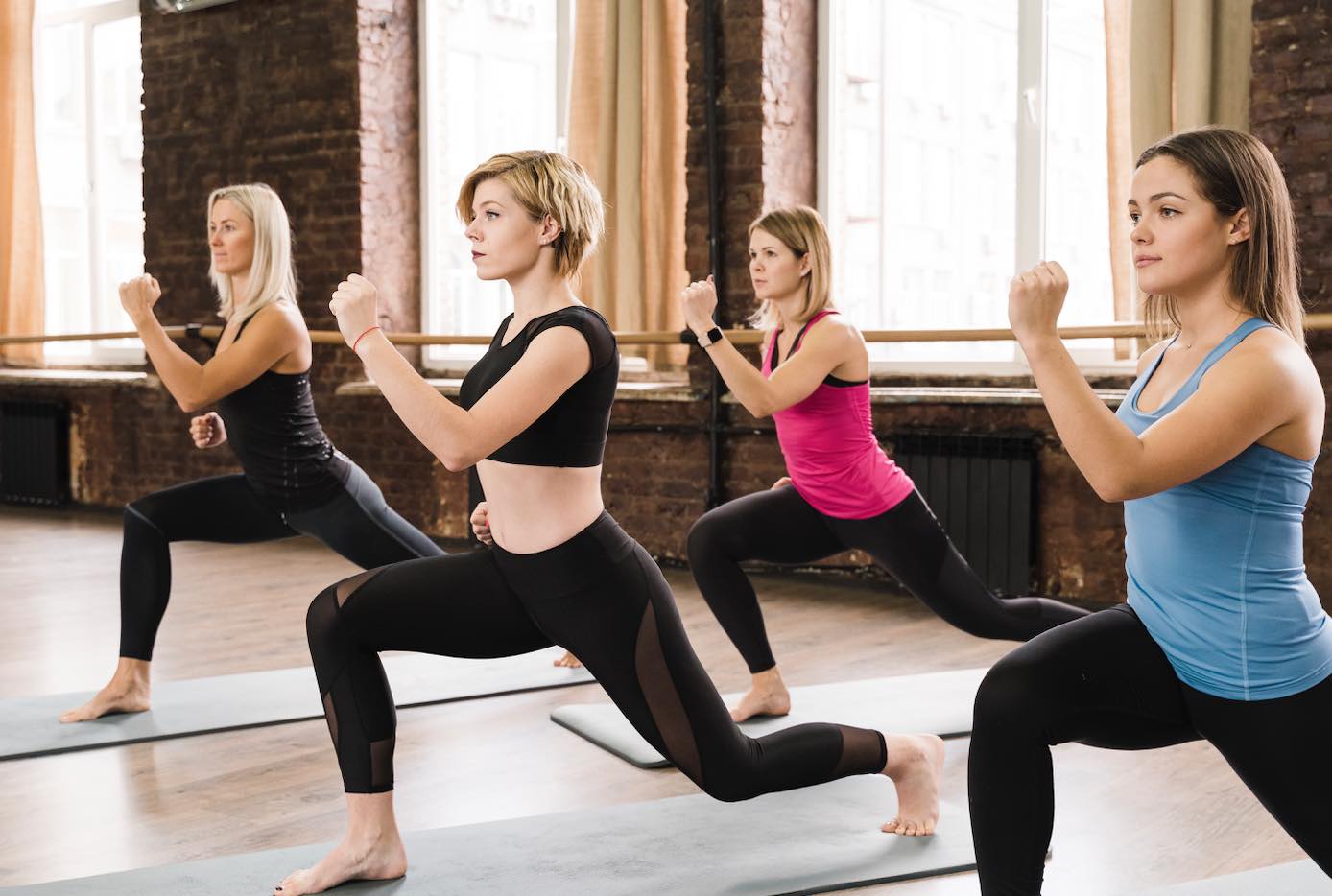 The irregular and uncoordinated contraction of the musculature generates imbalances in the tonic levels of the different muscle groups that participate in the descent. Its prolonged repetition in fatigue situation will affect a delayed response and may trigger a fall or accident on the slopes.
Not exceeding the possibilities of each one as well as including stops during the descent can help the musculature to relax and avoid the presence of fatigue. 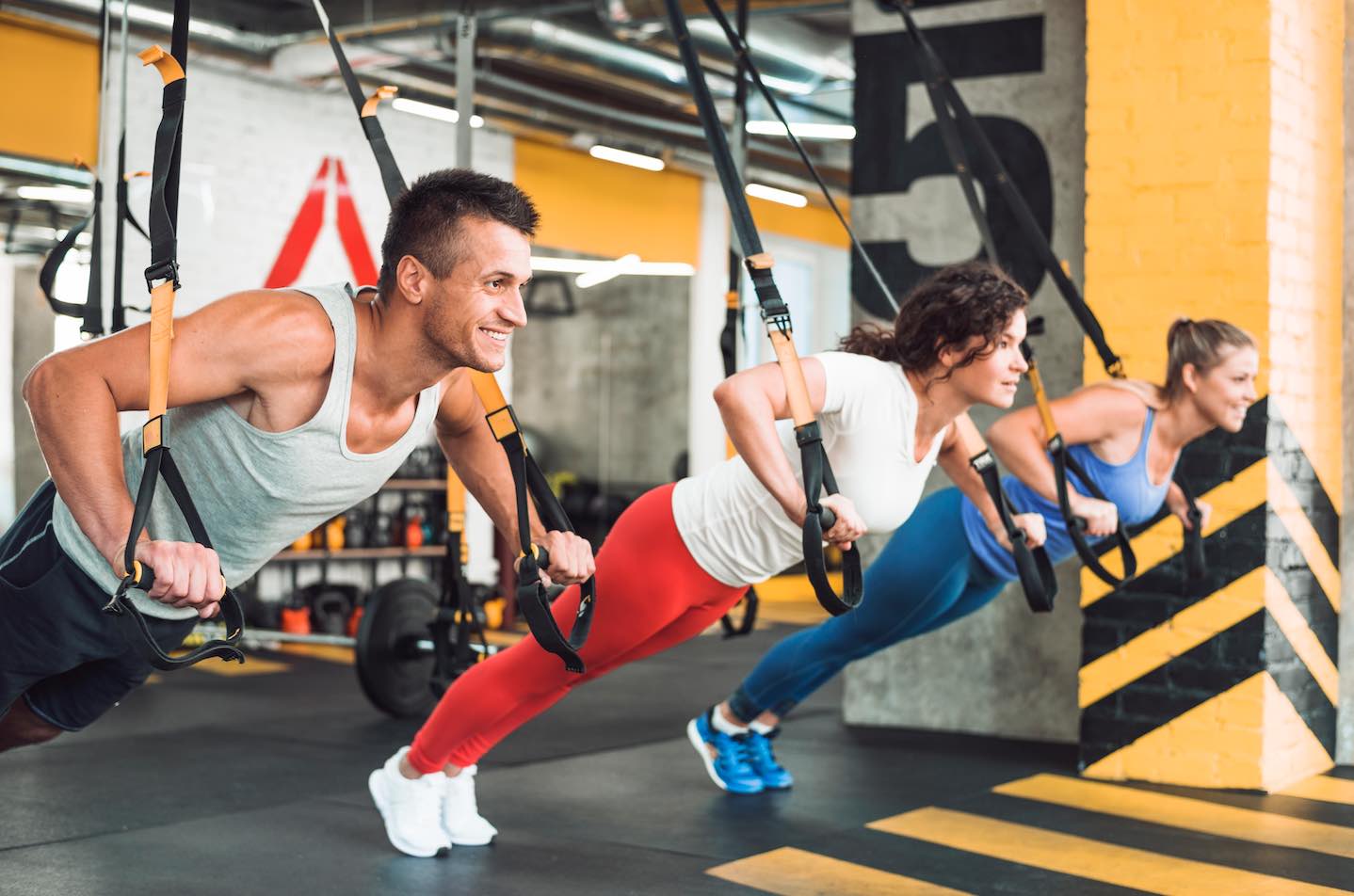 A correct physical condition will diminish the presence of injuries, thanks to the increase of the muscular force, protecting the joints from a fall, being the flexibility a fundamental basic physical condition to reduce the incidence and severity of the injuries in Alpine skiing and snowboarding. The presence of neuromuscular training, as well as the proprioceptive one, will decrease the incidence of fractures and injuries in the mountains.
A bad rest, according to Gerardo Villa, directly affects the probability of injury. According to the Professor of Physiology at the University of León, resting affects training and physical performance and could generate injuries in the short, medium and long term: “those athletes who have some type of sleep deprivation are affected in some skills related to strength, power, agility or coordination. 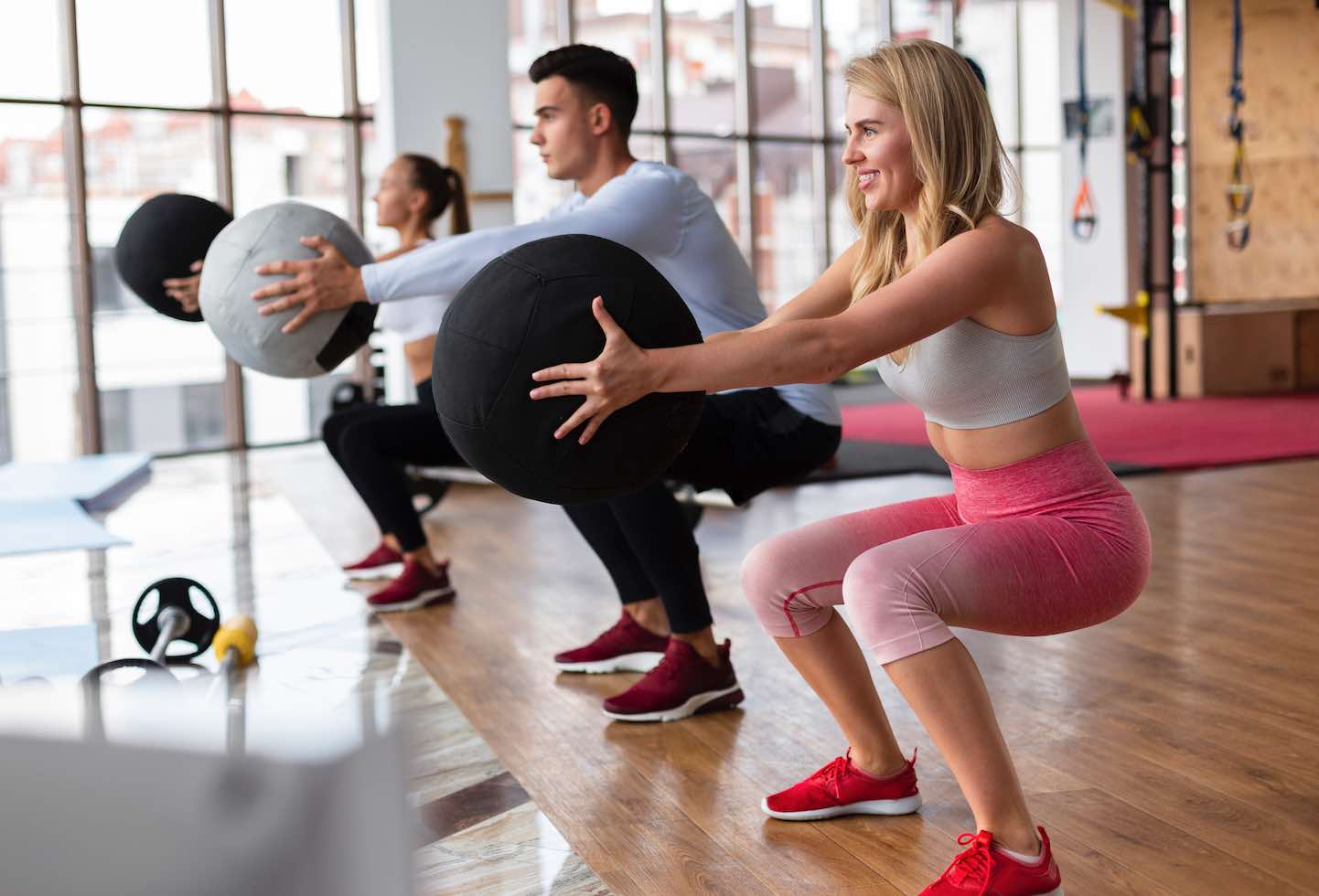 This is aggravated because the athlete always wants to train more and better. The intensity of the exercise generates some problems related to the metabolism that makes them sleep worse so they enter a vicious circle because, if they sleep worse, they do not rest enough and will have a lower performance which generates a greater predisposition to the injury “

These habits can be defined as those that are acquired throughout life that influence our diet. Eating a balanced, diversified and sufficient diet accompanied by the practice of physical exercise may be the perfect formula to be healthy and enjoy the snow to the fullest. A varied diet should include fresh, healthy and sufficient food to cover our energy and nutritious needs in the mountains. 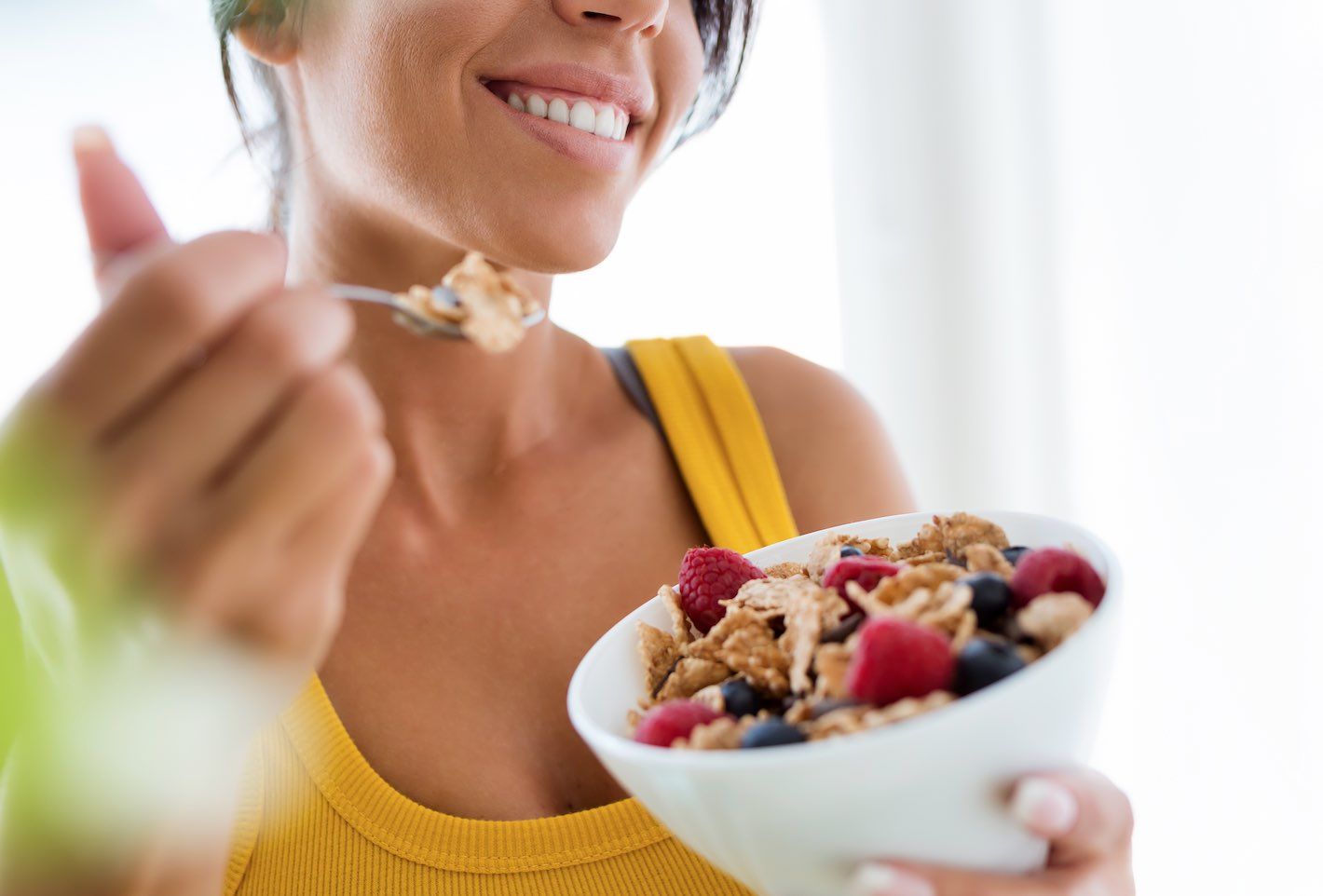 Specifically, when practicing winter sports, the habits must adapt to the particular conditions that we find ourselves in a ski resort. Breakfast will provide us with the necessary nutrients to improve our physical and mental performance. Avoiding alcohol consumption before, during and after sports, will be essential to enjoy the snow safely.
It’s important to know that the consumption of alcohol in slopes can decrease the coordination, generate alterations of the vision, reduce the sensation of risk of the practitioner and diminish so much the strength-resistance of the practitioner as well as its power.

It will be relevant to select the ideal material for skiing and snowboarding, according to the conditions that arise, valuing its importance as a means of protection against possible falls or against climatic adversities. Nothing like having the advice of a professional so that the material is not an impediment when it comes to enjoying unforgettable days in the snow. 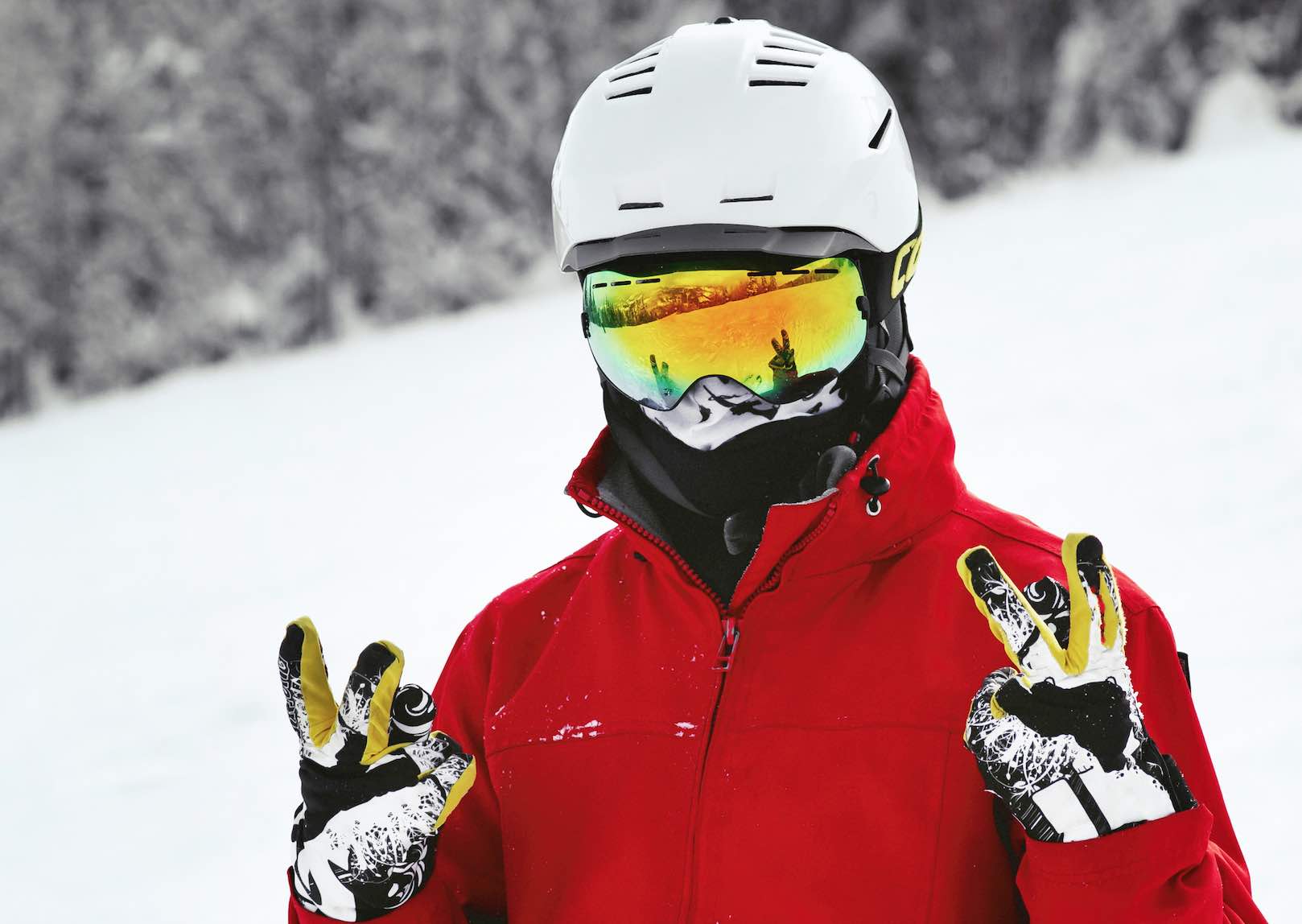 The new fastening systems as well as the generalized modernization of ski and snowboard equipment, actively and passively help the prevention of injuries (Goulet, 1999). The correct adjustment of the tension of the fixings as well as of other basic security elements will facilitate that the practitioner can enjoy the snow without mishaps. Remember that the use of the helmet is highly recommended in both children and adults and is of mandatory use in the field of competition. 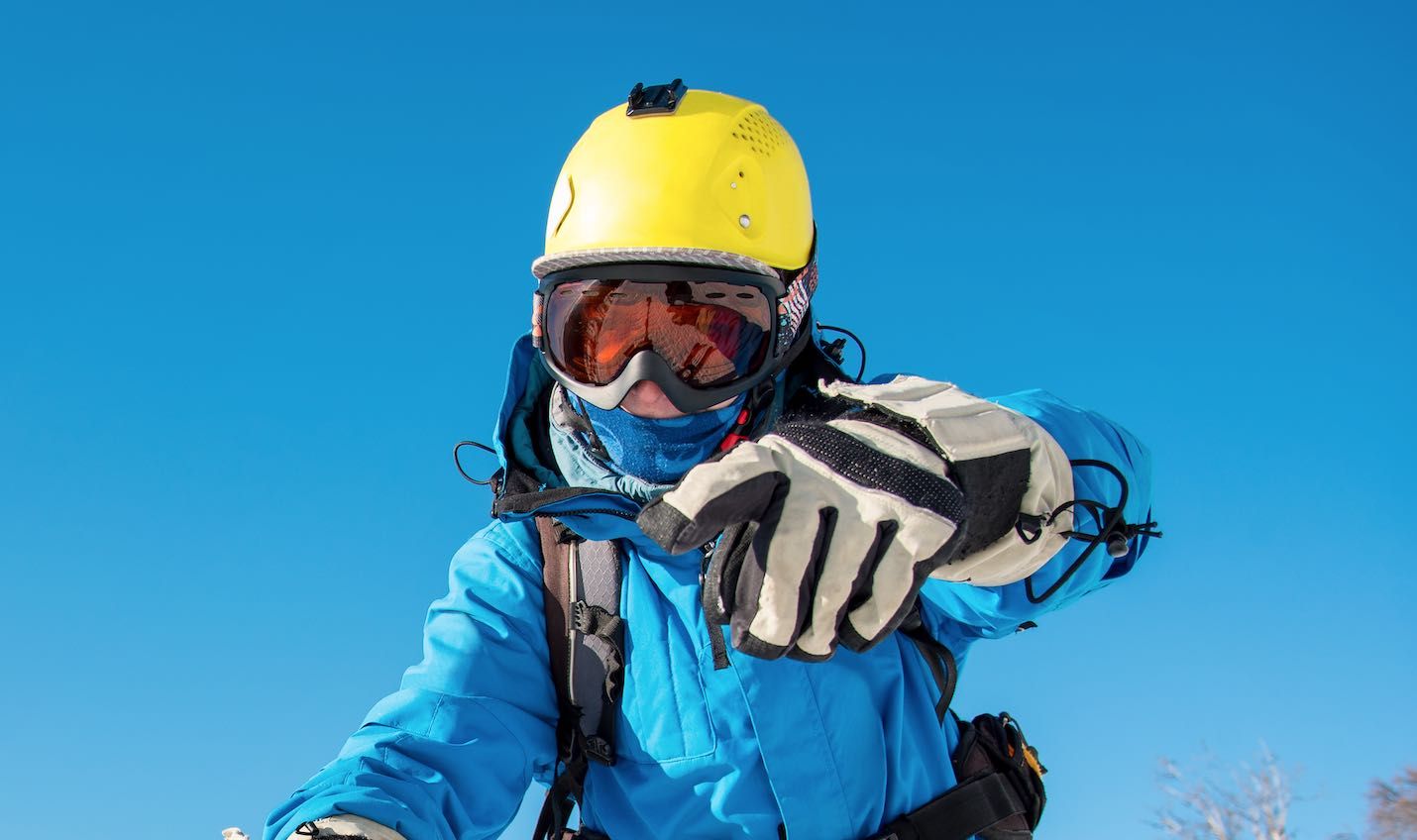 It is important to know that the helmets currently on the market support impacts at speeds below 22 km/h although the average speed that can reach a skier of average level is 43 km/h. The best prevention of injuries is to moderate the speed and extreme caution, since no element of protection will ensure us avoid a serious accident.

The white carpet down which we slide is in constantly changing, being the quality of snow a factor to be taken into account in situations of injury. The newly fallen snow, although it requires an adequate physical condition as well as an advanced technical level, will be an idyllic place to learn to fall without hurting ourselves. However, hard or compact snows will cause the impact to be harder, facilitating the appearance of injuries. 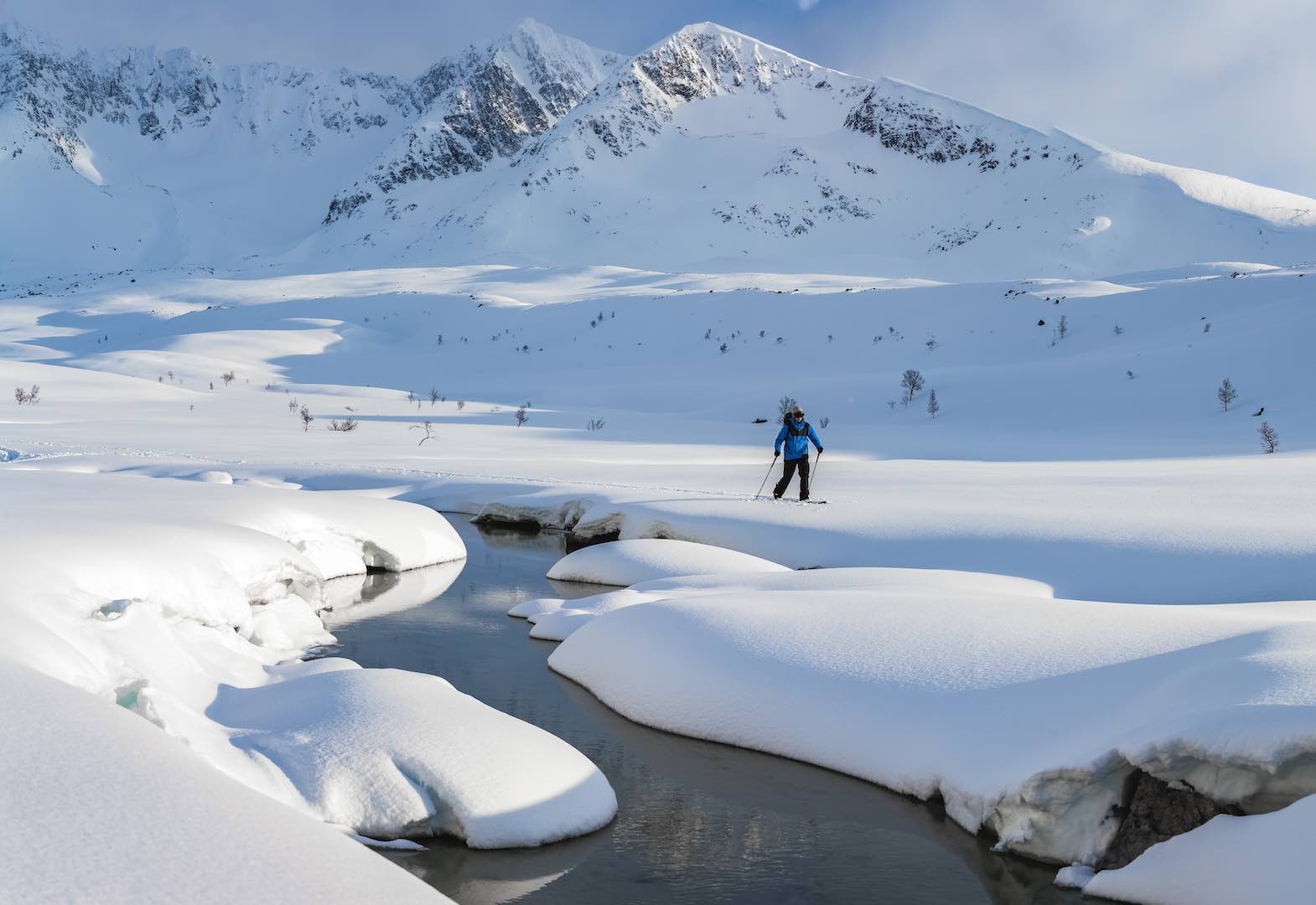 The spring snow, having different densities, can generate difficulties to make turns exerting a great resistance against our skis. Depending on the snowpack, the snow temperature, the slope and the level of physical and technical condition of the user, this “watery snow” can present a high rate of injury in beginner or intermediate technical level.

– Density of users on slopes

The great concentration of practitioners on designated winter dates, as well as on weekends, mean that we must exercise extreme caution both on the slope and off-slope. The evolution of the material and the popularization of the material “carving” facilitates the learning but also a sensation of “fictitious security” in the beginning users. 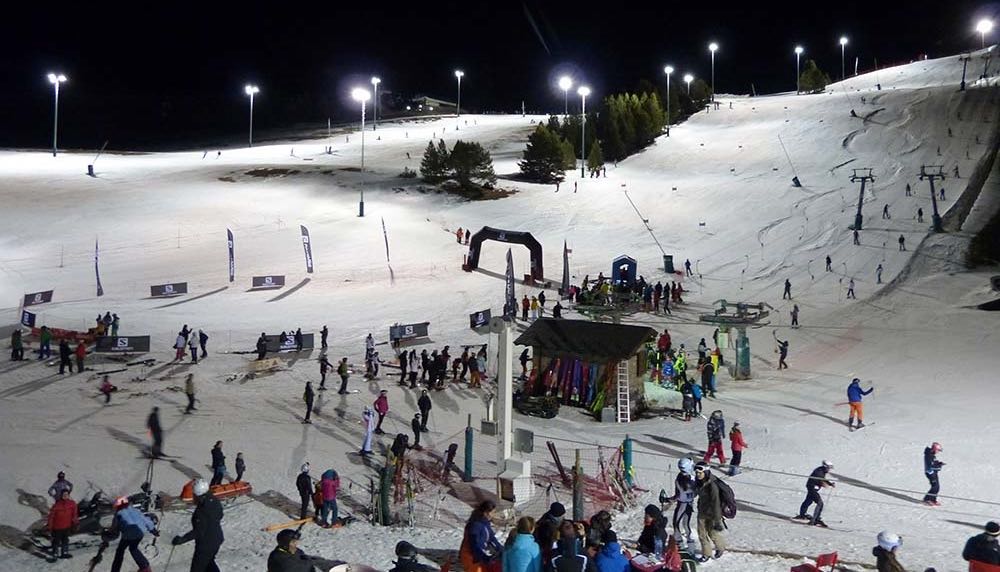 Moderating speed on slopes will be essential to avoid impacts and collisions with other users in those days when the slopes are overcrowded. Again, including movements and exercises of joint mobility and flexion-extension in the moments of waiting will prevent the muscles temperature from descending while we wait to climb the skilift.

Dehydration is considered as a limiting factor of physical performance in altitude and mountain situations. Hydroelectrolytic replacement in situations of thermal stress is necessary when we are going to slide along the white slopes of a ski resort. Dehydration generates a greater increase in body temperature, heart rate, stroke volume and also mean arterial pressure. 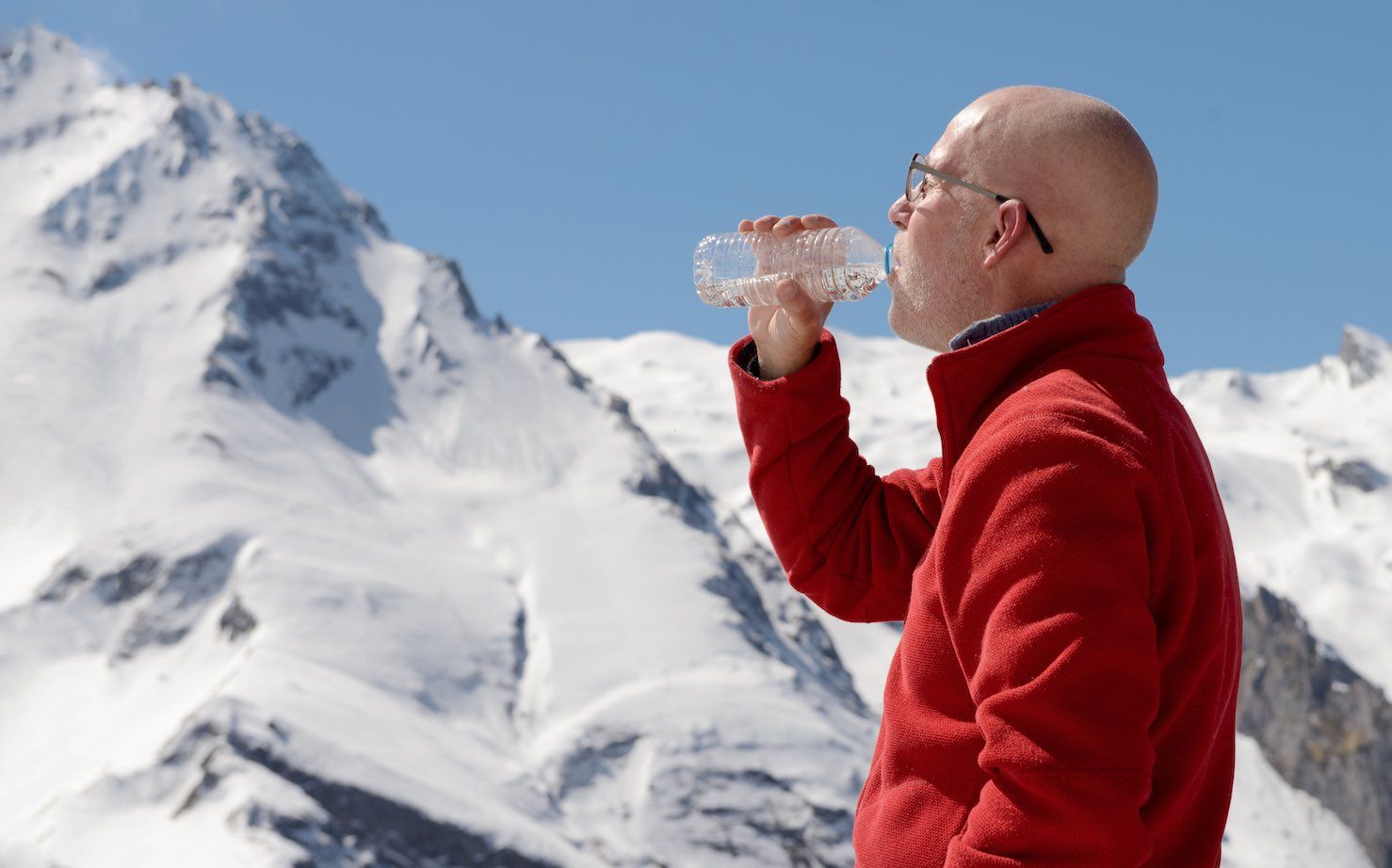 The negative influence of hypohydration on prolonged efforts in the snow, also causes a significant increase in the concentrations of catecholamines in the blood plasma, and may trigger incidences in the endocrine-metabolic regulation of the human body while we ski.

Beginners skiers are injured more than expert skiers. According to a study by Sagram in 2004, a higher rate of injury was observed in those who made their debut on the slopes in relation to the more experienced practitioners. Regardless of the level of instruction and classes received by professionals, it seems that the important thing is the technical level acquired rather than if it has been learned in a school with professional teachers or on their own (Langran, 2004). Practitioners of higher technical level usually have also more experience in the snow. The neuromuscular control, the levels of proprioception and coordination as well as the neurons of neuromuscular response are, at a physiological level, some of the factors that intervene in a positive way in those experienced skiers. 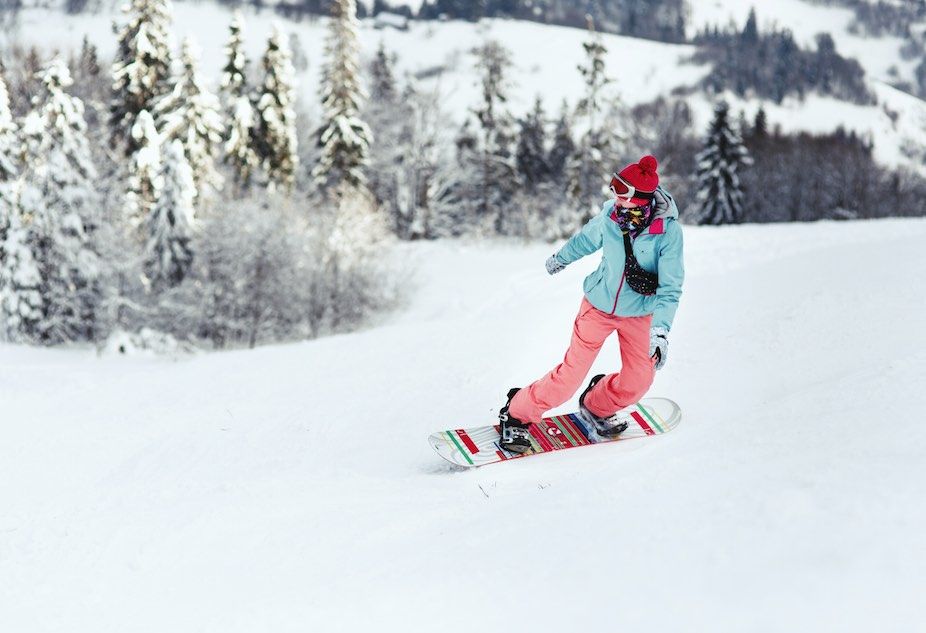 If we also include the efficiency factor, decreasing the fatigue factor as well as the experience in knowing how to “read” the terrain and adapting our technique progressively to the different types of snow and circumstances that we are facing a decline, they make up a wide fusion of factors that will directly affect the risk of injury in those experienced users to the detriment of those who are not experienced or first-timers.

Respecting the codes of conduct published and updated by the International Ski Federation (FIS) will be of great help to avoid injuries, collisions and accidents. 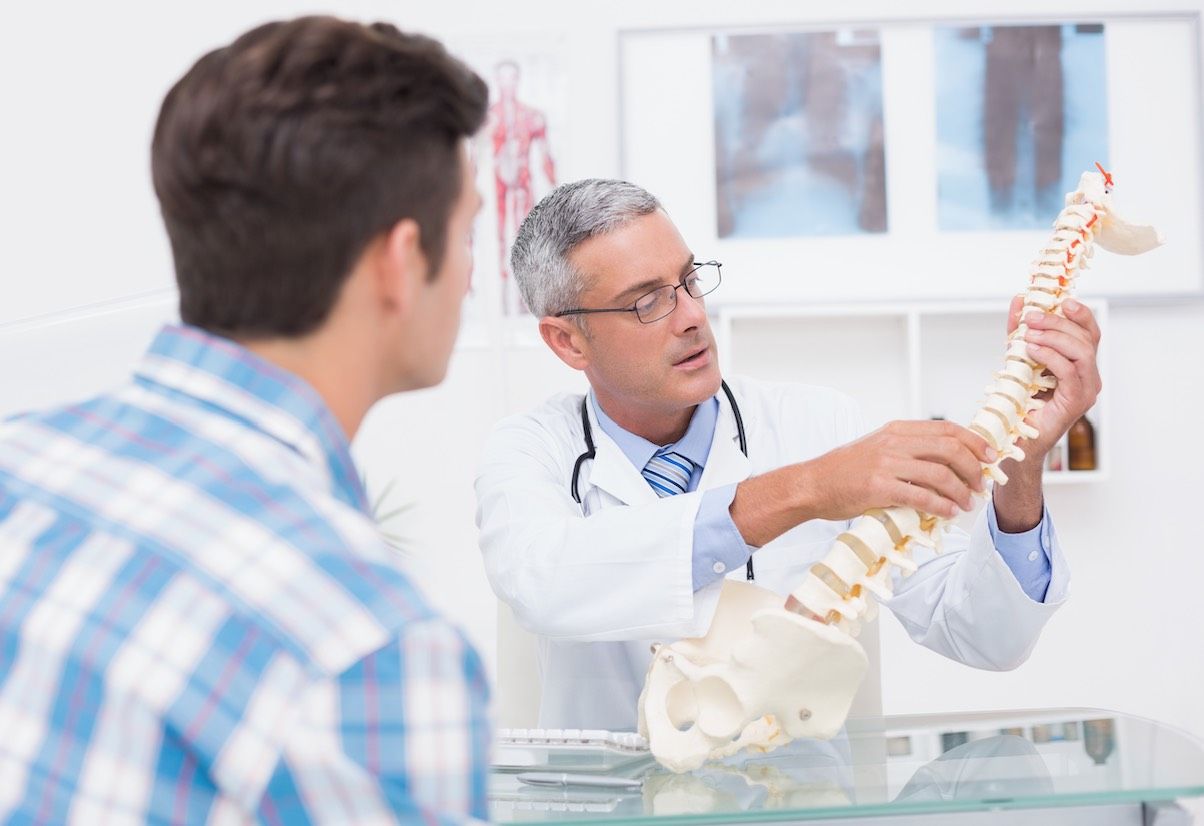 Knowing our limitations, sliding inside the marked trails and being cautious will be three essential pillars for our trip to the snow to be as satisfying as we hope. Having an accident insurance is highly recommended to cover the relevant expenses that may occur, if we finally have to enter the medical office of a ski resort.
Goulet, C. (1999). Risk factors associated with alpine skiing injuries in childrens. American Journal of Sports Medicine.
Hekeland A., Rødven A. y Heir, S. (2018). Injuries among children and adults in alpine skiing and snowboarding. Journal os Science and Medicine in Sport.
Langran, M. (2004). Increased injury risk among first-day skiers, snowboarders, and skiboarders. American Journal of Sports Medicine.
Wilmore, J. y Costill, D. (1999). Thermic Regulation and Exercise”. Physiology of Sport and Exercise.