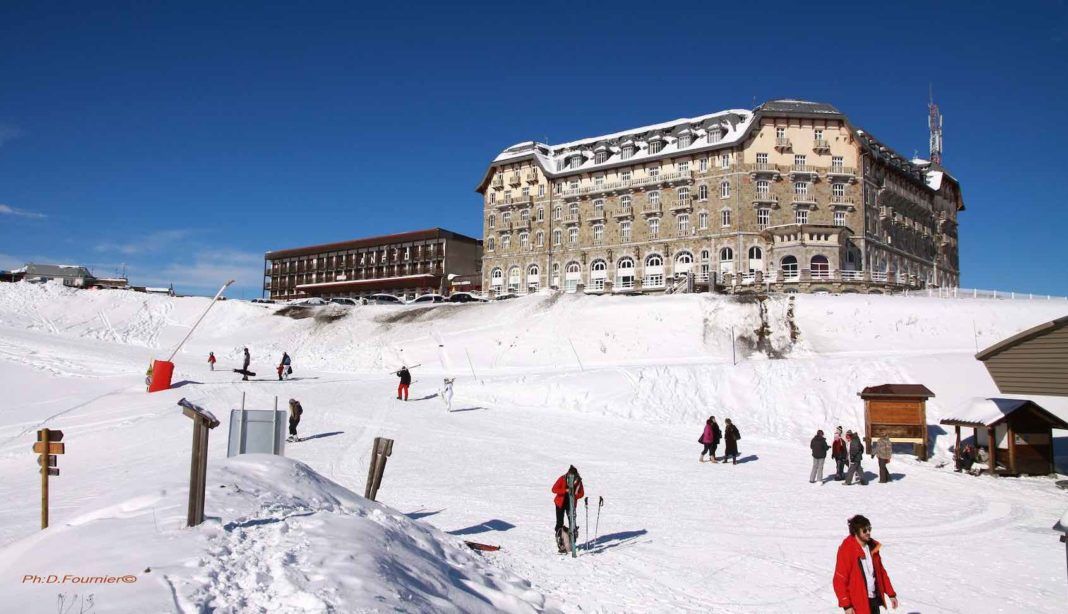 Facebook
Twitter
The last two seasons had been hard for one of the ski resorts with more history of the French Pyrenees. After two Christmases without snow, the white color has once again shown in the French ski resort, leaving generous layers of snow since the end of November, which allows it to accumulate up to 150 cm of snow.
This weekend has also been snowing and next Sunday the precipitations will be more intense leaving up to 20 cm of fresh snow. According to Christian Mathias in an interview with FranceBlue, the station has received between 1,000 and 1,500 skiers per day during the first week of Christmas holidays and eventually exceeded 5,000 skiers, with the hotels hanging the “complete” sign and the village of Luchon boasting life in every street, where some days, snow has also been present. Good news for the ski resort of Luchon and its merchants, who have seen how the local activity has increased exponentially in comparison with other winters.

Good news for the ski resort of Luchon

The snow appears in a period of territories restructuring in France, where the economic engineering struggle to manage efficiently the French ski resorts of small size, that normally are managed by communes, that sometimes end up too indebted. The recent report of the French Court of Auditors in 2015 recommended that more solid management structures based on the union should be developed.

In the case of Luchon-Superbagnères, the “union” at the management level of the Departmental Council of Haute-Garonne will be carried out together with the ski resort of Le Mourtis and Bourg d’Oil, merging the managers in a mixed union, in order to invest and limit the deficit levels of small resorts.

“Investment”, a word that any ski resort wishes to have. According to Georges Méric, the President of the Departmental Council wants to invest in the three resorts from 21 to 23 million euros from now until 2021. The good news for Luchon-Superbagnères immediately followed. The Department will invest 15 million euros in the replacement of the gondola lift and it is expected to also renew the hot springs of the urban centre using national and European funds.
A renovation process that began in the 2015/16 season, with an investment of 8 million euros that allowed to install a new chairlift with 6 seats to reach the 2,200 meters of altitude faster and comfortably.

The ski resort of the French Pyrenees, Luchon-Superbagnères, offers a ski area very varied, thanks to its four sides with slopes of all tastes. The beauty from its top is not limited to enjoy the landscape of the resort itself, because

An authentic balcony of altitude

is an authentic balcony of altitude from which we have one of the best views of the Pyrenees: incomparable views of the Luchon valley, Maladeta or even the highest peak of the mountain range, the Aneto.
If you like to sleep at low altitude, because you have family or friends who do not ski or for any other reason, you will love Luchon. At only 630 meters of altitude, you can take a gondola lift that will transport you to the ski area in just 8 minutes, from which you can then access all the slopes, which are distributed from 1,465 meters to 2,125 meters of altitude.

The ski resort of Luchon, is divided into 3 sectors

the Sector Techous offers smooth and sunny slopes, a paradise for beginners and children with easy and convenient access. On the other hand, we will find the Sector of the Lac, where we recommend discovering its leafy forest, and finally, the Sector Céciré with wide and long slopes, which offer a unique panorama in the Pyrenees. In total, you can enjoy 80 hectares of well-maintained slopes, in a ski resort that currently offers almost all open slopes (23 of 28) and excellent snow conditions, reaching the meter and a half of snow in various sectors of the ski resort.
A ski resort that can be ideal for families, children and beginners, thanks to the comfort of the gondola lift and the good slopes that are aimed at the initiation in white sport, but it can also be ideal for experts. The unevenness of the ski resort and the difficulty of some of the slopes that we will find in higher levels, will test our physical form in the 6 black slopes that Luchon-Superbagneres offers.
Main Photo: D. Fournier